I wrote recently about a trip to Luang Prabang in northern Laos, which we used as a base to explore the area.  One of the places that we visited from Luang Prabang is the Pak Ou caves, about 25km north, towards the Chinese border, along the Mekong river.

We got on our boat in Luang Prabang, and had a rather grand narrow tail boat to ourselves, which was rather grand. 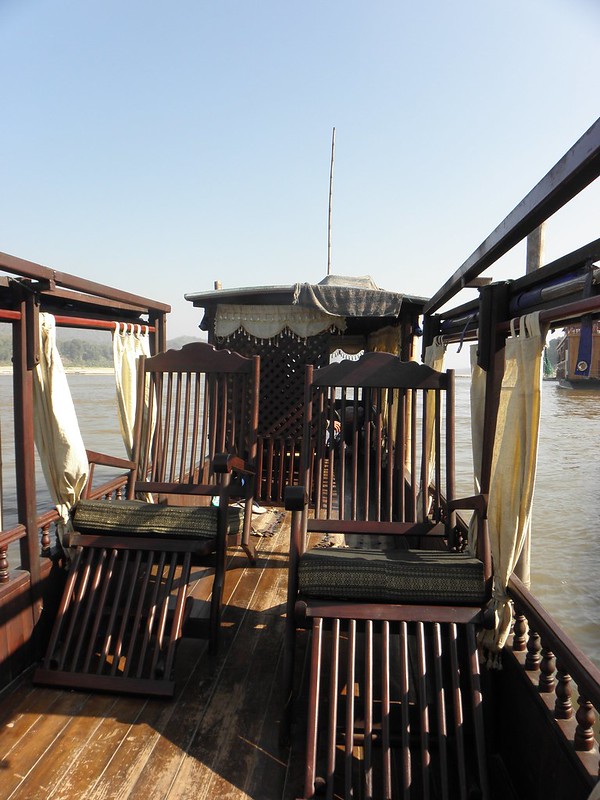 We headed off on a rather sedate trip along the river towards Pak Ou.  The journey through the hills and mountains, complete with forests, coming down to the river, were a beautiful backdrop to the trip. 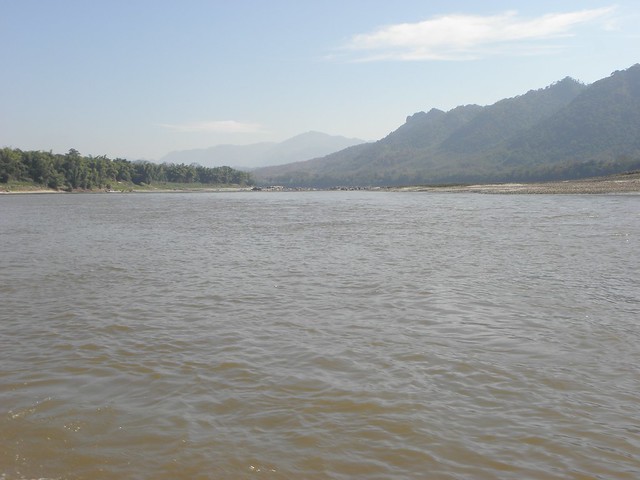 There were some other boats on the river, and it was clear that the Mekong was part of life of the area.  Given how impassable that the land looked with the jungle and mountainous areas, the river is a key method of transport. 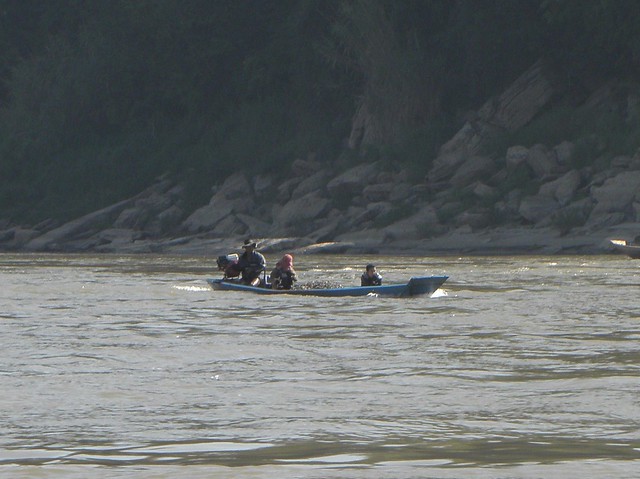 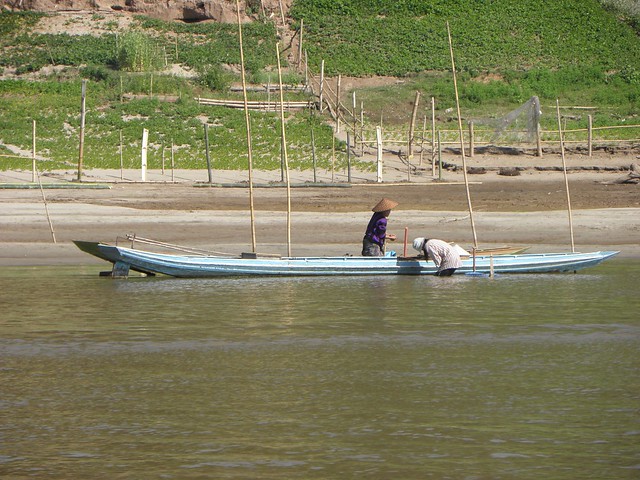 We stopped on the way where there was a riverside whiskey making still in place, with an impressive series of apparently homemade pieces of equipment.  We tried the local brew, and it was certainly distinctive.  It’s fair to say that we did not take a bottle with us… 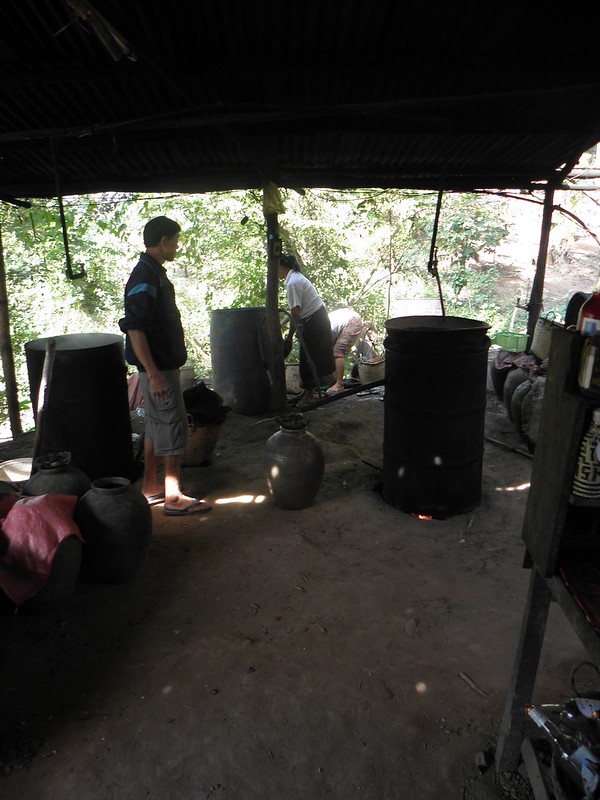 As we continued, the river was both busy and also continued to be surrounded by hills, mountains and forests. 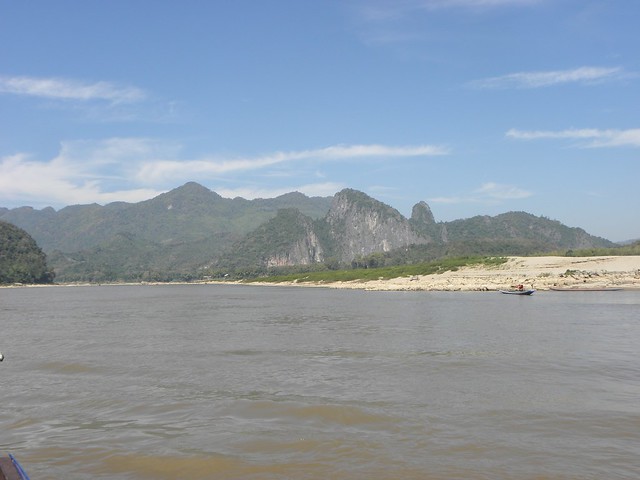 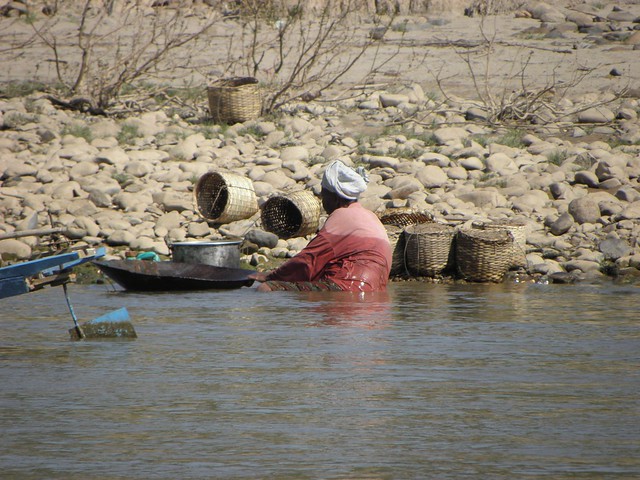 After about two hours on the river, we got to the caves.  The name Pak Ou means the mouth of the river Ou, and the caves are actually Tham Ting (the lower cave) and Tham Theung (upper cave).  There were a number of tourist boats already in place at the caves. 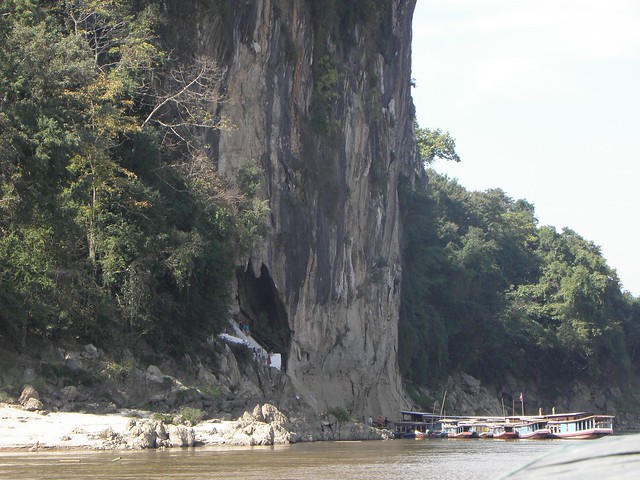 The caves are filled with statues of the Buddha in various positions, and people bring other statues with them.  Every surface seemed to be covered with statues. 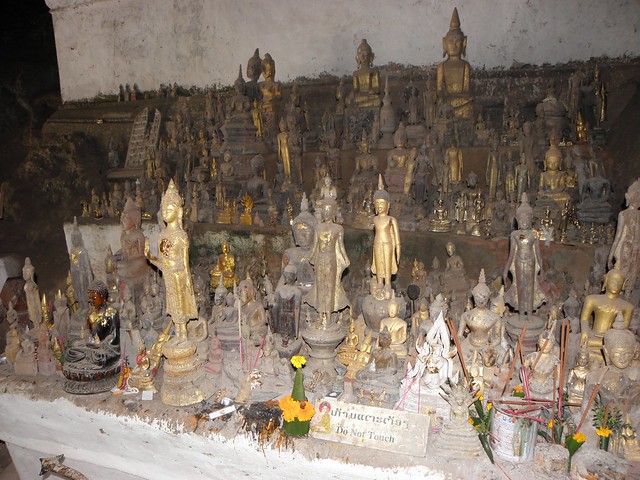 There was quite a good view of the various boats waiting below. 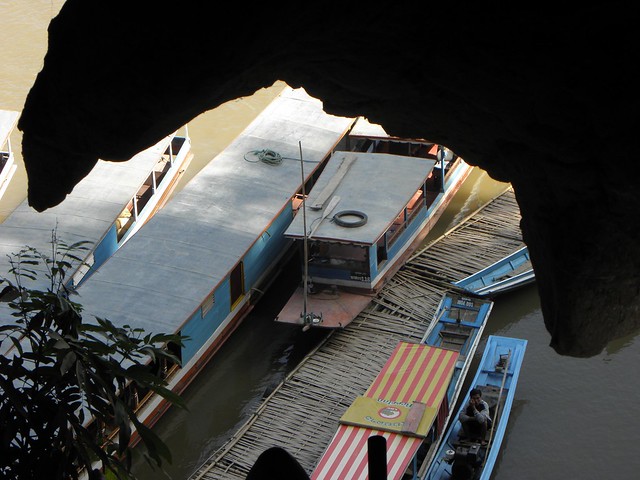 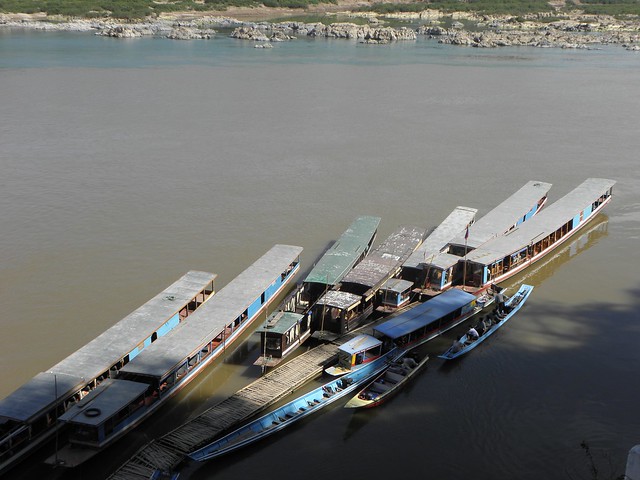 Just outside the caves, we found a rather excellent place to have lunch on a sandbank in the river… 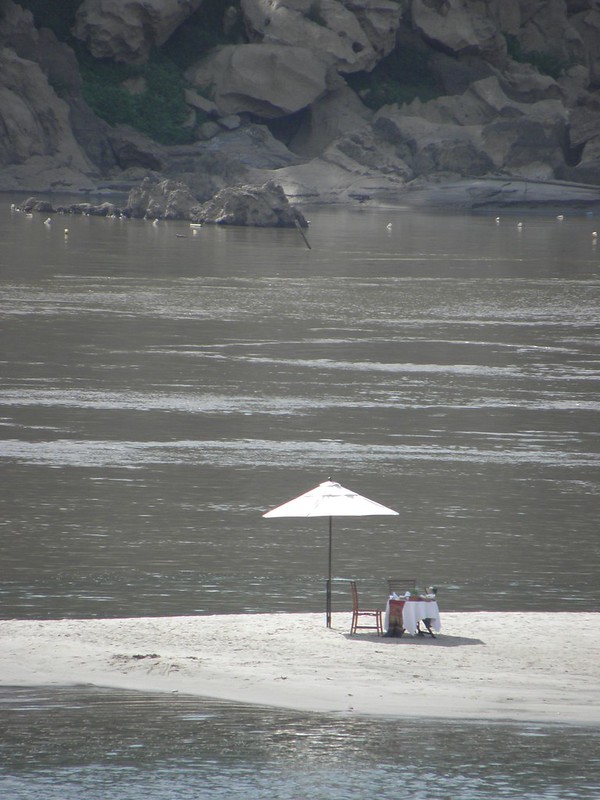 There was an impressive view of the river. 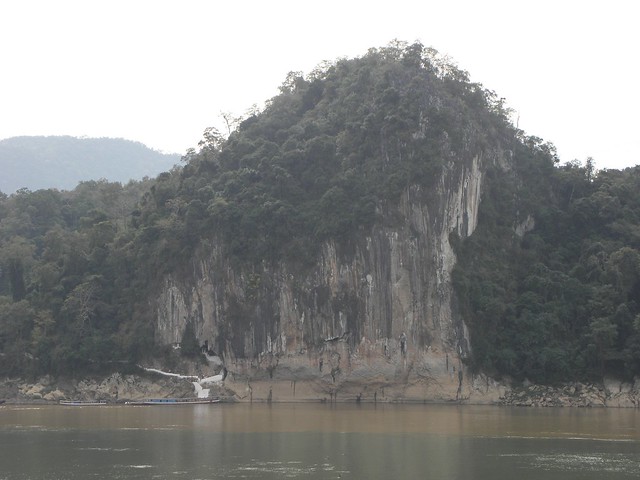 We headed off back down the river. 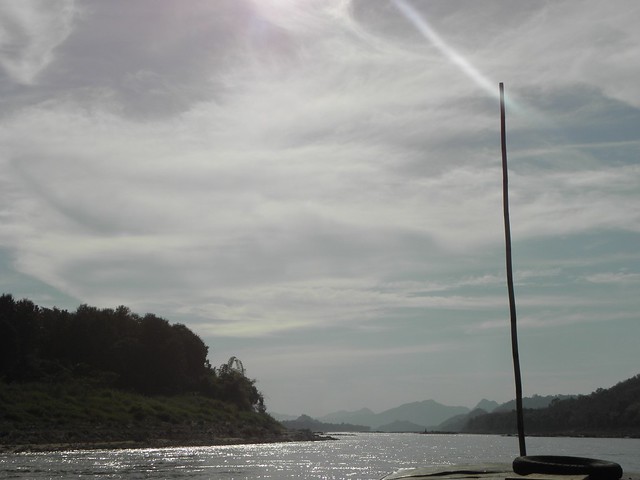 An old name for Laos was The Land Of A Million Elephants. There are, sadly, many fewer elephants in the country, but we did see some, including some walking by the side of the river as we sailed by. 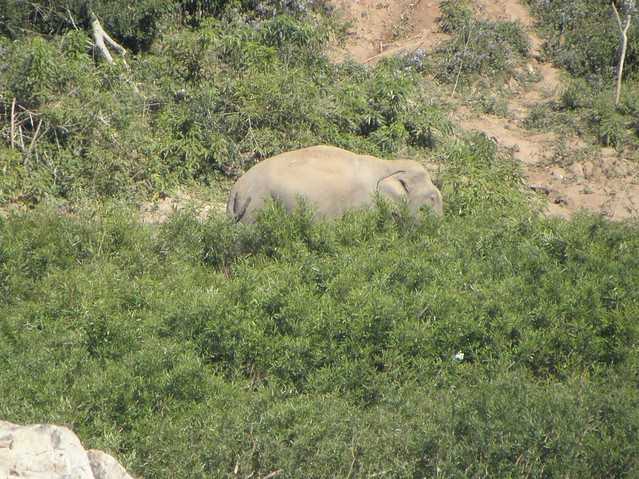 There were plenty of other animals to be seen on the banks of the river. 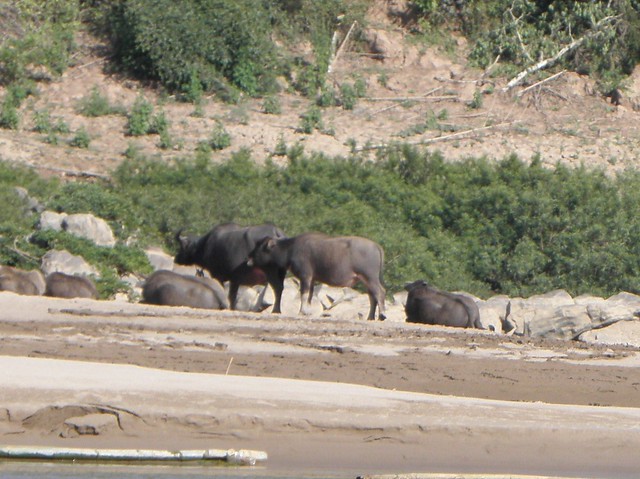 Of course, the river continued to be a main transport option for the people living nearby. 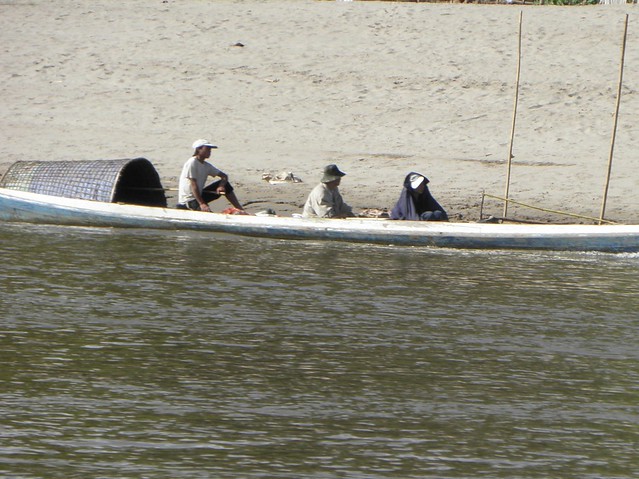 A day on the river Mekong was a lovely way to spend some time. We felt remarkably relaxed as we arrived back into Luang Prabang.