I’ve written about my trip to Macau at the end of May, and although it might not seem it from my posts so far, I did actually have time to do some sightseeing that did not include fast cars. We were staying near – although, in a place like Macau, everything is quite near – the Historic Centre of Macau, as it’s known, the area that dates from and reflects the architecture of Macau’s time as a Portuguese colony. For those not familiar with the history of Macau, it could be very crudely summarised as Portugal’s version of Hong Kong, in that it was a Portuguese colony on an island off the coast of China, which was leased and returned. Macau reverted to Chinese rule in 1999, two years after Hong Kong, and shares its position as a Special Administrative Region, or SAR, where it retains its own laws and currency, although both the Chinese Yuan and particularly the Hong Kong dollar – Hong Kong is less than an hour a way by ferry or fifteen minutes by regular shuttle helicopter – are clearly evident. In fact, many of the casinos – this is a territory famous for its gambling – work in Hong Kong dollars.

Macau became a colony of the Portuguese empire in 1557, having been lent to Portugal as a trading colony under the authority of China. From 1557 until 1863, Portugal paid an annual rent for Macau. In 1887, the Treaty of Peking saw an agreement that Macau would revert to Chinese rule in 1999, and on 20th December that year, Macau became an SAR under the “one country, two systems” arrangement, providing a degree of autonomy for at least fifty years.

The early 2000s saw the gambling industry in Macau really take off, with many of the casinos most famous for their Las Vegas properties – the MGM, the Wynn, the Venetian, etc – setting up a Macau equivalent, all of which are as huge, shiny and packed full of ways to gamble as you might imagine.

The old town, however, has remained, and the Historic Centre of Macau became a UNESCO World Heritage Site in 2005. The area is actually made up of a couple of smaller areas, separated by newer parts of the town. As you walk around the old cobbled streets, you could easily believe that you were in Portugal rather than China, other than the huge and imposing casinos scraping the sky behind most of the buildings.

As you walk around the old town, you see many sights that do look like they would be more at home in Europe, including, for example, a number of churches, including one that was displaying the faces of Pope John Paul II & Pope John XXIII, who had recently been appointed as saints. 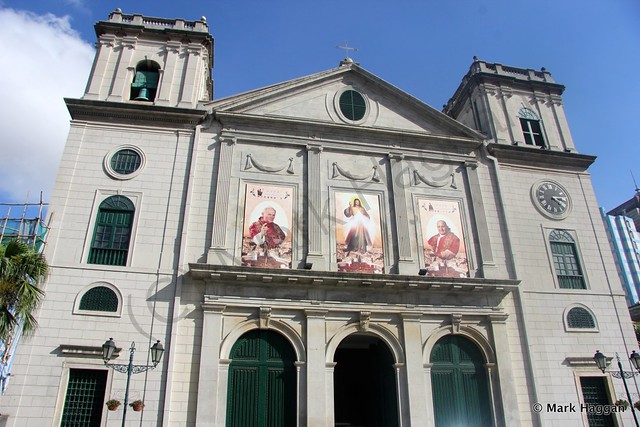 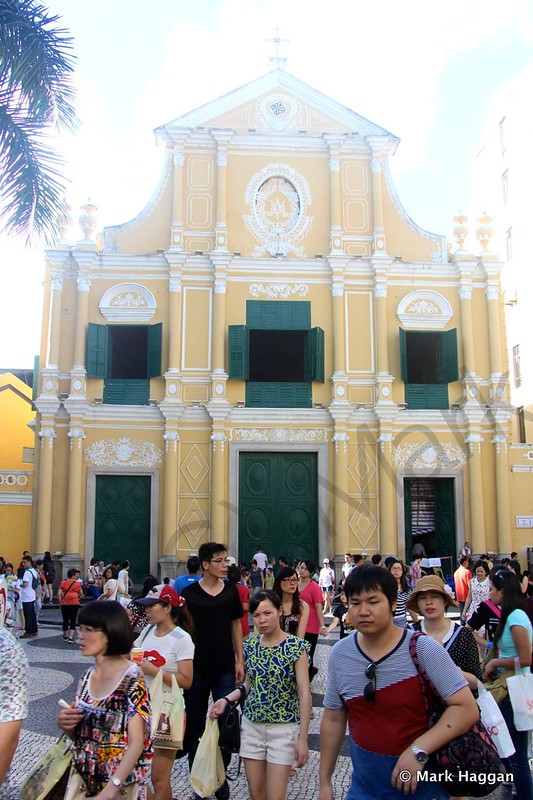 The little, winding streets did certainly feel more like being in Europe than in China. 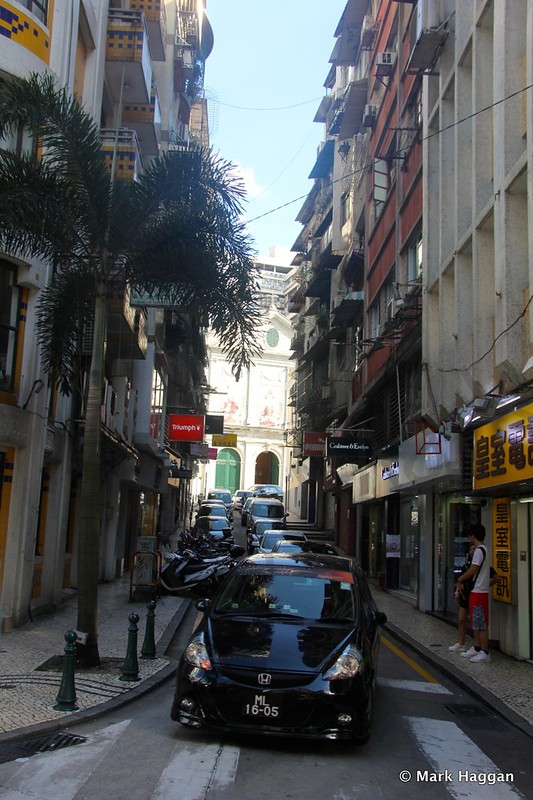 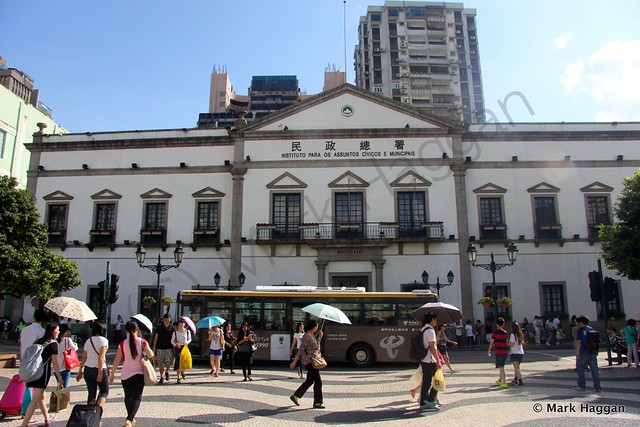 The European feel was accentuated by a Portuguese building – and a very grand one at that – flying both the Portuguese and the European Union flags, seeming to be oddly in place in this little enclave. 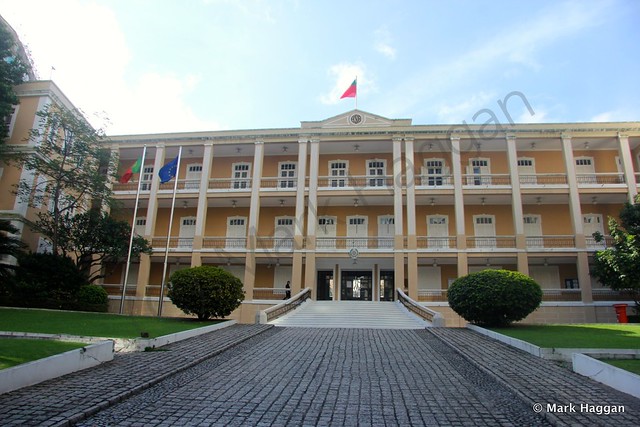 We spent some time walking around the old town, before heading back to our hotel, and whilst having cocktails at the top of the hotel, we could see over the old town to the strip of casinos beyond.  Somehow, the view of the old town disappeared among the nearby buildings, and the huge casinos dominated the skyline. 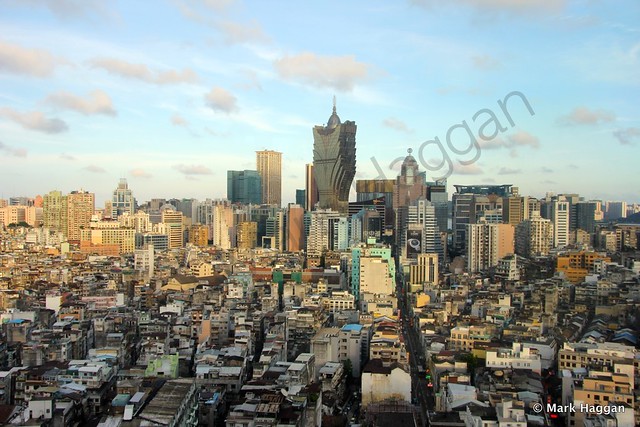 However, we did have one more photo from the old town.  When walking around, I somehow managed to get involved in some promotion or other than involved giving free hugs to passers by.  I have no idea what it was about, or why I seemed to be in the midst of it, but I did end up with a polaroid to remind me.  A most odd reminder of a rather unusual place. We will remember the Historic Centre of Macau for hugs if for nothing else.