I have been writing recently about travelling through Syria, from Damascus to Aleppo via Crac de Chevaliers, and off from Aleppo to the Bastion of St Simeon on the Turkish border. Once we left Aleppo, we headed East, towards the border with Iraq, although made a few stops on the way.

Our first stop was on the shores of Lake Assad. The lake was formed in 1974, with the closing of the Tabqa dam, which alongside the hydroelectric power that was generated, also has formed a series of important natural areas, with the western shore being home to marshland, and the south east being home to Aleppo pine and Euphrates Poplar evergreen trees. The area is an important wintering location for migratory birds, and the island of Jazirat al-Thawra is a designated nature reserve.

As well as the natural beauty and importance of the area, there is also an impressive historical site on the lake, which is why we stopped there. Qal’at Ja’bar is a castle built in the 11th century, originally near the Euphrates, but now on an island in the lake accessed by a short causeway. There had been fortifications on the site as far back as the 7th century, being a prominent hilltop with a view across the valley beneath, now covered by Lake Assad. Suleyman Shah, grandfather of Osman I, the founder of the Ottoman empire, drowned in the river Euphrates nearby, and the castle had been home to his tomb. Although the site is in Syria, this was so important to Turkey that the castle was an exclave under Turkish control until 1973, when the rising waters of the lake meant that the Turkish government moved the tomb north, and the castle became Syrian territory. 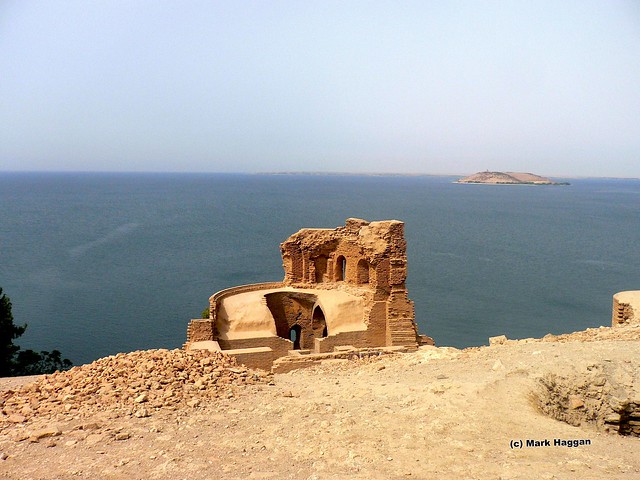 After a quick paddle in the lake, we continued East, and saw a series of impressive ruins. We were approximately following the Euphrates River, and this area is home to a number of settlements. Among the various places that we visited, the most impressive was Rasafa. The city dates back to biblical times, and is the city of Rezeph mentioned in Isaiah 37:12. It is also referred to by Ptolemy and various roman writers. The site is home to Christian churches, and the first bishop was appointed in 431 by John of Antioch. The site also became known as Sergiopolis, and the title is still sometimes used. 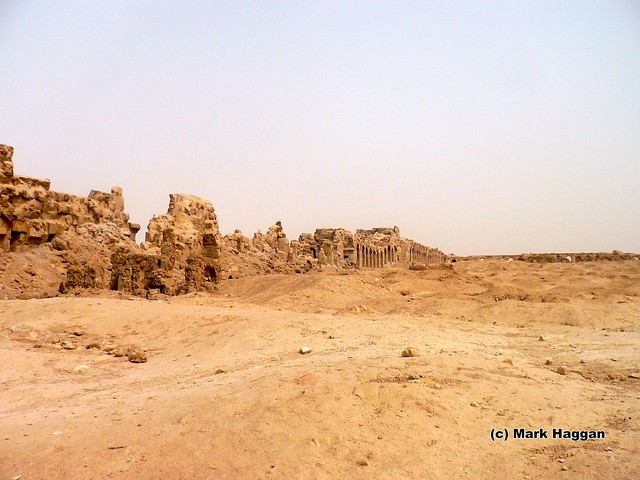 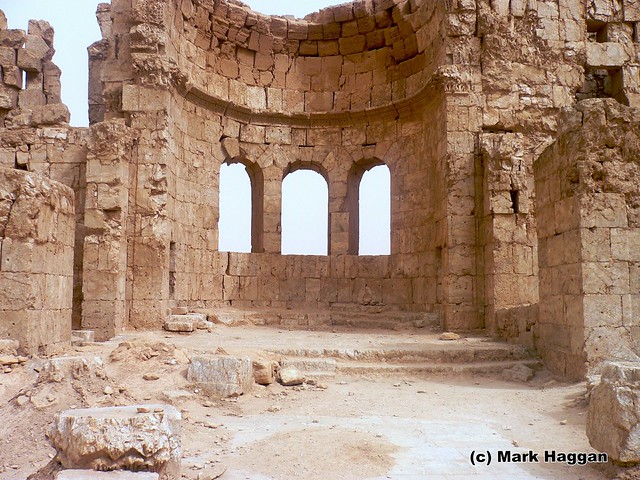 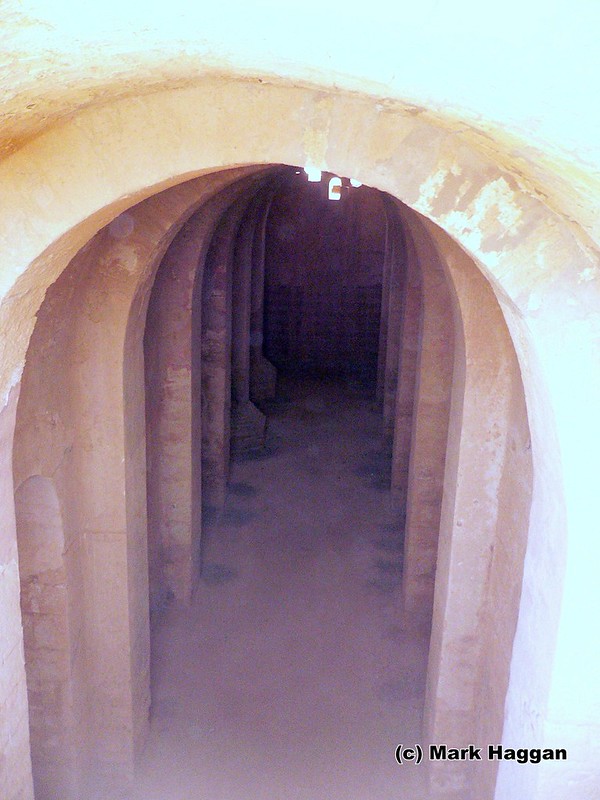 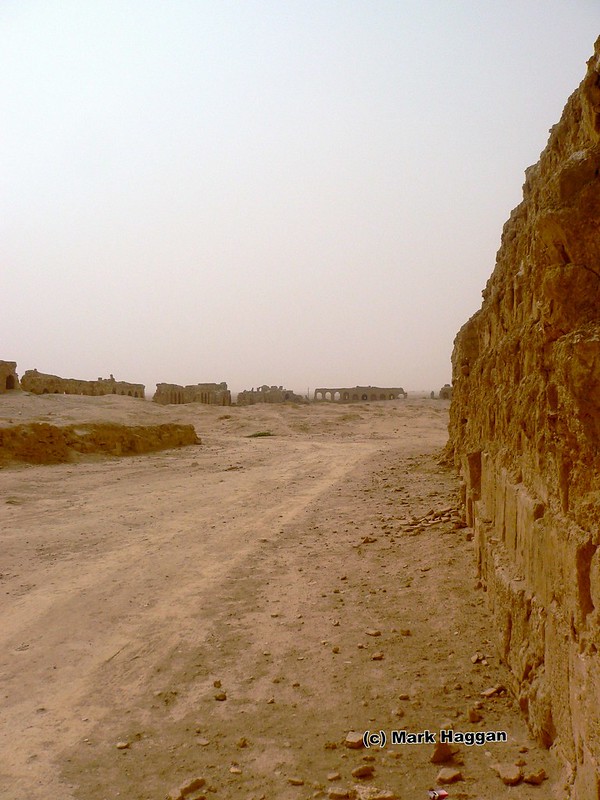 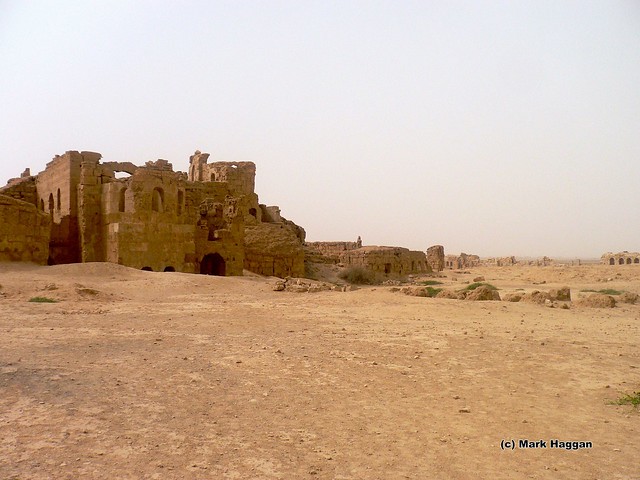 One of the interesting things about these types of sites in Syria is just how empty they are. We were the only tourists there, and as this was out in the desert and not too close to too many main roads, it really felt like it was just us out in the middle of nowhere. After some time looking around the large and impressive site, we heard a noise, which turned out to be the bell of some bypassing sheep and goats with their Bedouin herder. He looked curiously at us, and we looked curiously at him. I smiled, waved, and called “Salaam Alikum! Sabah al Kheir!” He replied “Wa Alikum Salaam! Sabah al Noor!”. There ended our conversation. It is just incredible that such an important ancient site can be so devoid of not just tourists, but of anything. There were no staff, no tourist infrastructure, no anything by Rasafa, which made visiting it even more special. 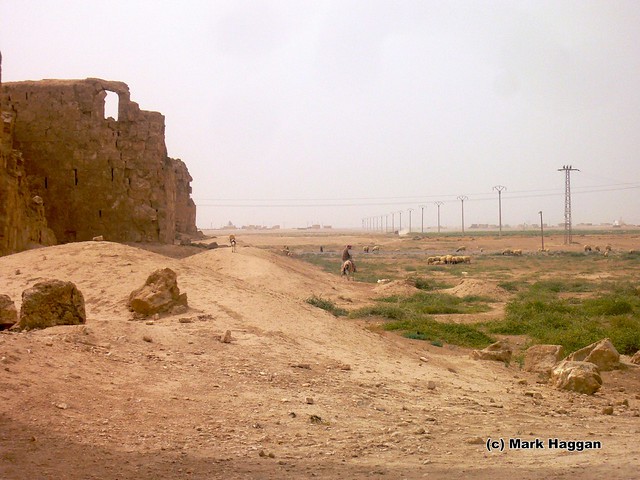 We left Rasafa, and continued to the town of Deir e Zuir, or Deir ez Zor as it seems to be spelt more commonly. It is the sixth largest city in the country, and has made the news for two reasons recently; for Operation Orchard when the Israeli airforce struck a suspected nuclear reactor site nearby, and then in the recent conflict in Syria where Deir ez Zor has suffered in a series of events.

We stayed there during Ramadan, not long before Eid, and there were not many visitors in the city. We stayed in the huge Fourat Cham Palace in the city, located on the Euphrates. Of the hundreds and hundreds of rooms in the hotel, ours was one of two that was occupied that night. The staff outnumbered us by about ten to one. It was a rather surreal experience. 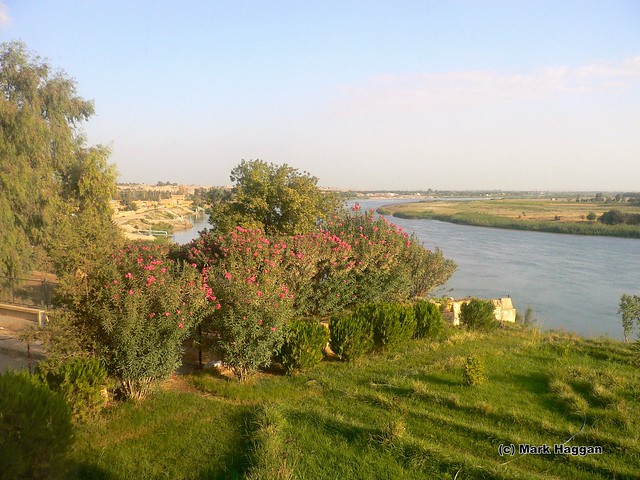 Next morning, we continued our trip to the Iraqi border, and found ourselves in the ancient city of Mari on the Iraqi border. This ancient city had been inhabited since around the 5th millennium BC, and became strategically important from around 2900BC, when it became a relay point between the Sumerian cities of lower Mesopotamia and the northern Syrian cities. The Sumerian Kings List – an ancient manuscript recorded in the Sumerian language – lists six kings of Mari. Around 500 years later, the city was destroyed, and reverted to being a village. It started to grow again, and reached another peak around 500 years later, and archeological excavations have shown that the royal palace of the time was an impressive edifice with over 300 rooms, a huge construction for that time.

The city was finally destroyed in 1759BC by the Babylonian king Hammurabi, and although it was still intermittently occupied as no more than a village until the arrival of the Greeks, and vanished altogether after that. 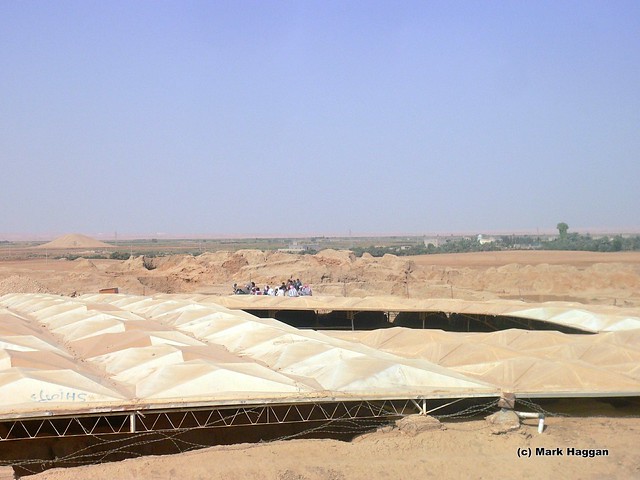 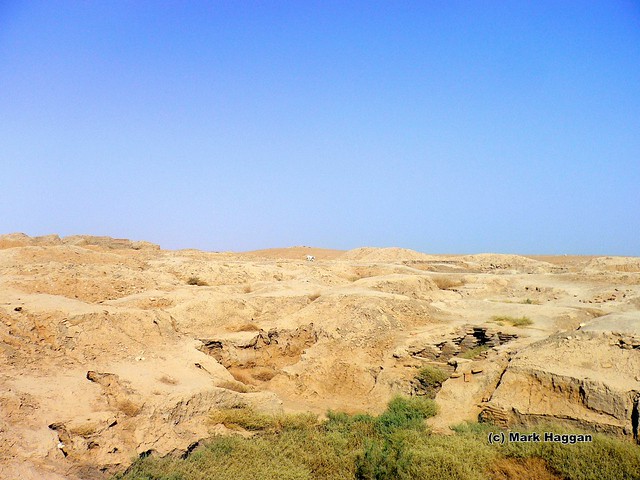 The museums in both Damascus and Aleppo are – or rather, were – filled with the artifacts that have been recovered from this important city, and it is only when you get there in the desert that you realise just how big and grand this must have been quite so long ago.

However, one of the interesting things these days is the close proximity to the Iraqi border. We were in Syria, with the archeologists still investigating the site, looking just over the border into Northern Iraq, right in front of us. The buildings you can see in the picture below are in Iraq, not Syria.

However, we did not go further East; the Iraqi border was as far as we got. It was time, then to turn around and head back into the centre of Syria. 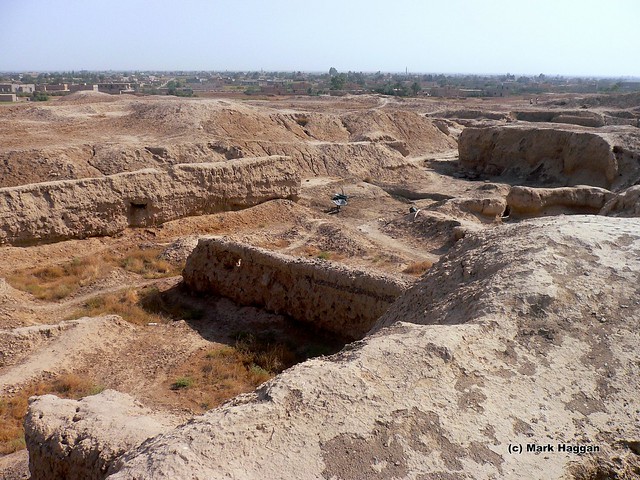