On Easter Day on Sunday, we went, like many I’m sure, for a family outing. We headed off to Kenilworth Castle, one of the many sites managed by English Heritage, which was certainly more successful than some previous days out like this one…  I have recently mentioned some prehistoric sites that English Heritage look after, like Arbor Low and Castlerigg Stone Circles, however their remit stretches right from then to the much more modern.

Kenilworth Castle started life in the 1120s as a Norman style keep, and was extended by King John in the early 13th century. John of Gaunt, who exercised much power after his nephew, Richard of Bordeaux became King Richard II of England at the age of ten until he was old enough to rule, and whose own son, Henry Bolingbroke, became King Henry IV, turned the castle into a contemporary fortified palace in the late 14th century. 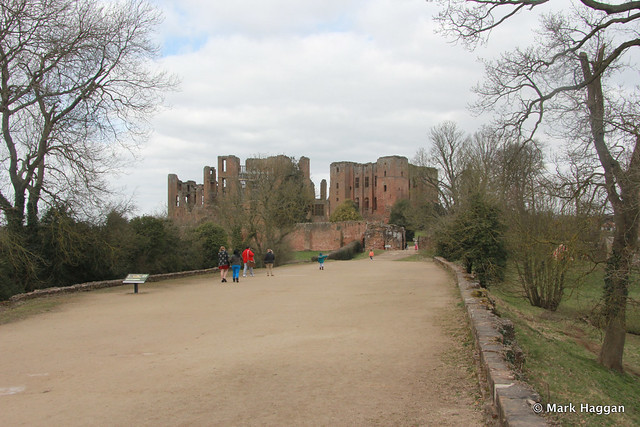 The castle also withstood a great siege, possibly the longest in English (but not British) history, when Simon VI de Montfort, son of Simon de Montfort, had promised to return the castle to King Henry III, who had gifted it to Simon de Montfort, still had not returned the castle to the king after five months. The king laid siege to the castle, with attacks from trebuchets and siege towers, which was finally settled through the Dictum of Kenilworth, which did not just end the siege, but also helped to end the Barons’ War, which had seen Simon de Montfort effectively usurp the monarchy as part of a civil war across England.
John Dudley, the Earl of Warwick, was given the castle, who became famous as Lord President of the Council and Lord Protector of England during the childhood of King Edward VI, only to be executed by Queen Mary for his role in having Lady Jane Grey ascend the throne after the king’s death. Dudley had the new stable block built, and widened the tiltyard.
When Robert, Earl of Leicester, son of Dudley, took over the castle, he continued to build and modernise it, with Queen Elizabeth I coming to visit. At the time of his death, the castle was valued at a then huge £10 401. 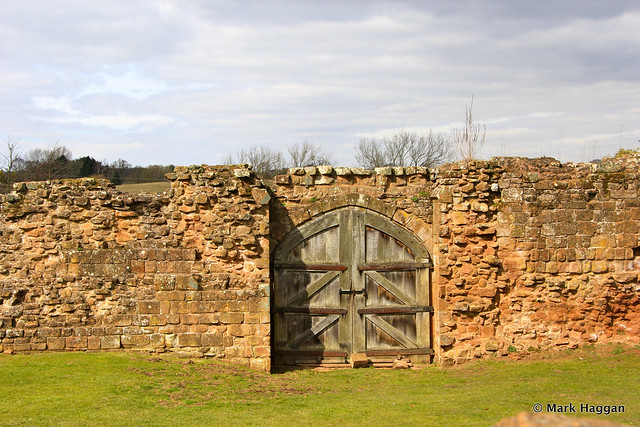 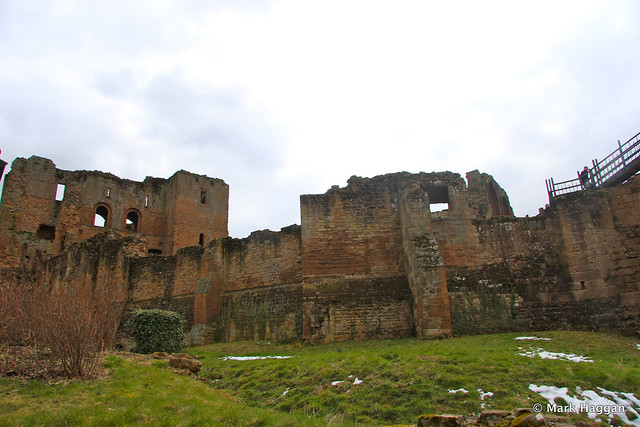 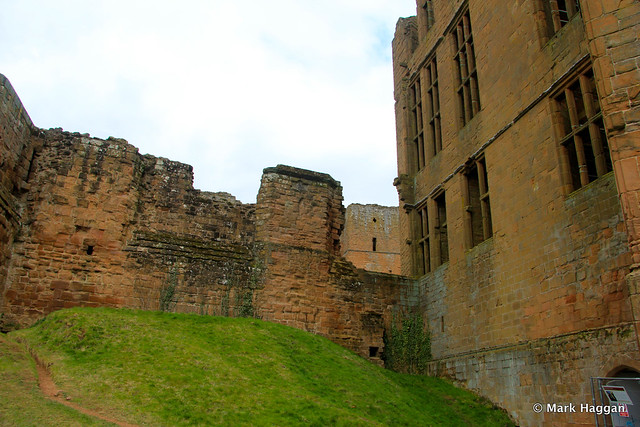 The castle was partially destroyed by Parliamentary forces during the English Civil War in 1649, and fell into disrepair. It remained as a farm, and as an early tourist attraction, with the first guidebook the castle being written in 1777. It became more famous after Sir Walter Scott wrote “Kenilworth” in 1821, including tales of a visit by Queen Elizabeth I. Tourists visiting the ruins included Queen Victoria and Charles Dickens, with work being carried out to prevent further decline.

The castle continued as a place of residence until 1937, when Lord Clarendon found the upkeep of the remaining parts of the castle too expensive, and sold it to Sir John Siddeley. His son gifted it to the town of Kenilworth, and English Heritage have managed it since 1984. This has included work to restore the gardens to their Elizabethan appearance.

Although the castle has been in decline since 1649, it is a remarkable sight, with a significant number of buildings in a reasonable condition, and some, like the gatehouse that had been occupied until the 1930s, that are still in a very good condition. 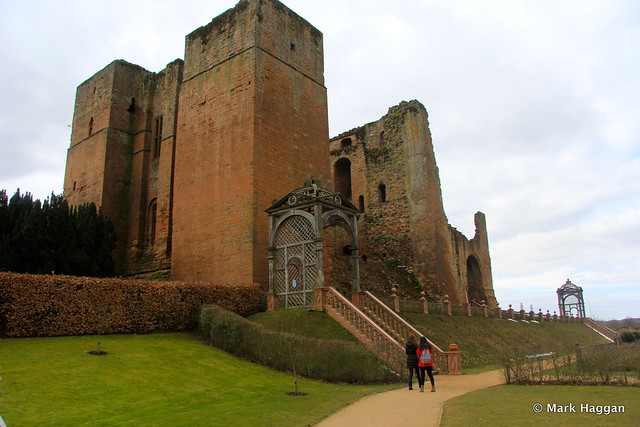 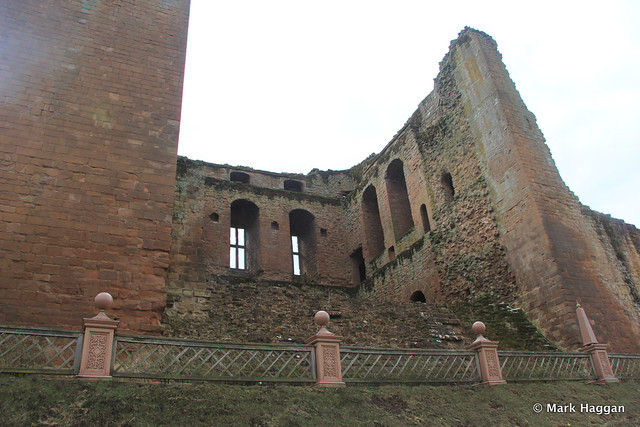 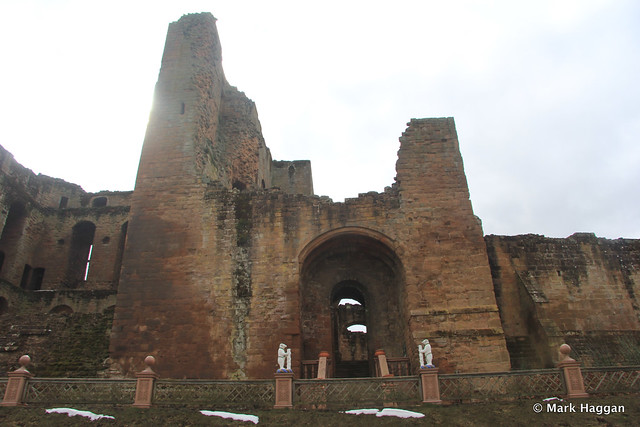 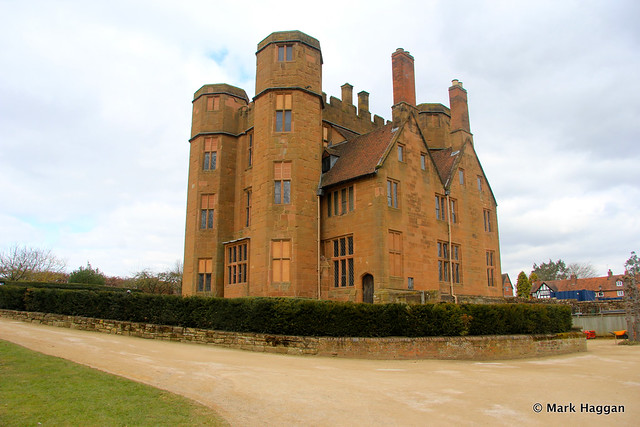 Among the many wonderful things done by English Heritage, in addition to maintaining such superb sites, is a programme of education that includes recreations and various activities for children. This weekend, as well as the Easter Egg trail that seems to have become standard at these types of venues, and others, there was a Fool’s School, to learn to be a jester, there was archery, and even the tales of Robin Hood as acted out by minstrels. A wonderful – and relatively low cost – event for children, and those like me who enjoy these types of events. 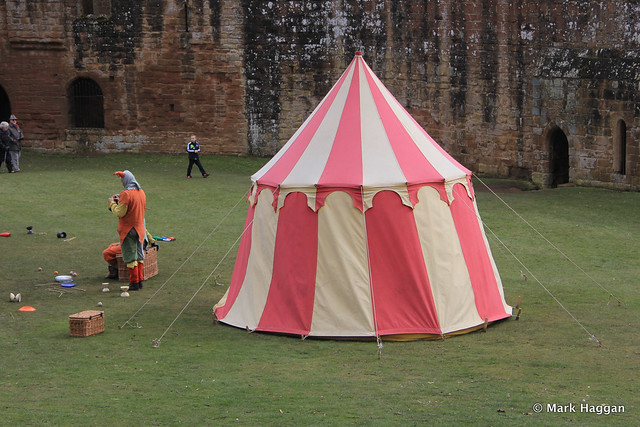 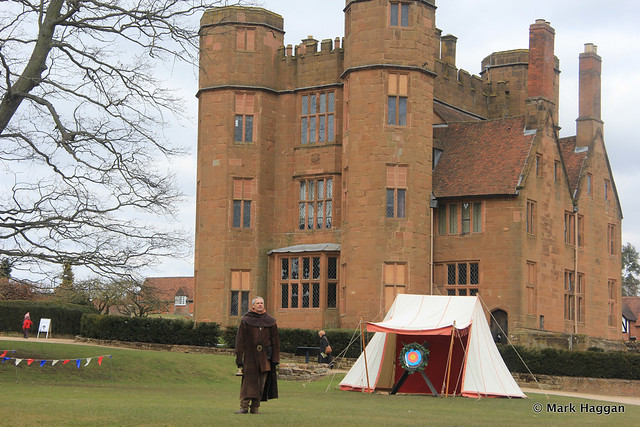 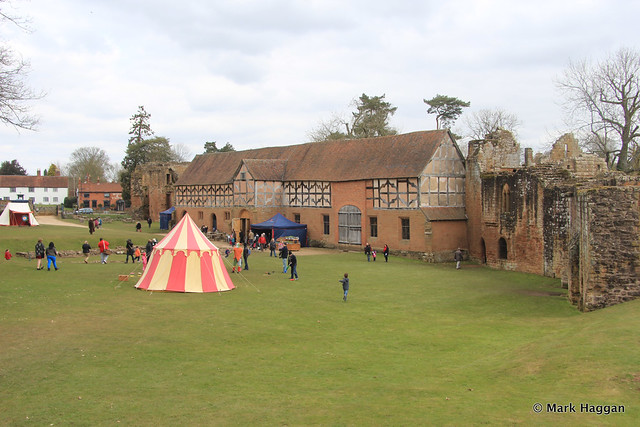 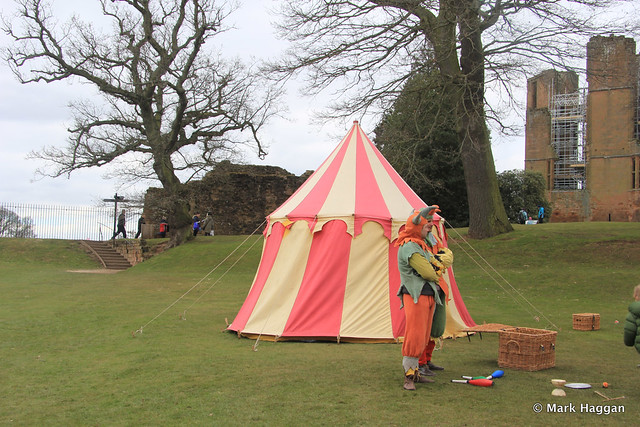 The old stable block now includes a tea shop, and was home to the minstrels with their version of Robin Hood over the weekend. 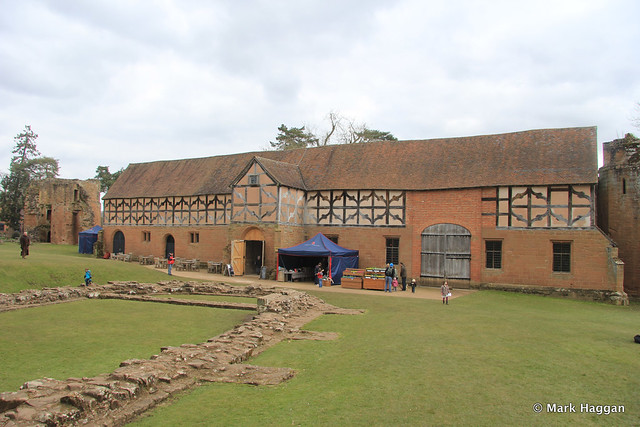 As I have mentioned before, English Heritage also do a wonderful job making their sites accessible to dogs too, and this is one of many of their locations that my hound Berta has enjoyed with us, and she does seem to enjoy sniffing around the sites, rather than just being dragged along to indulge our interest. 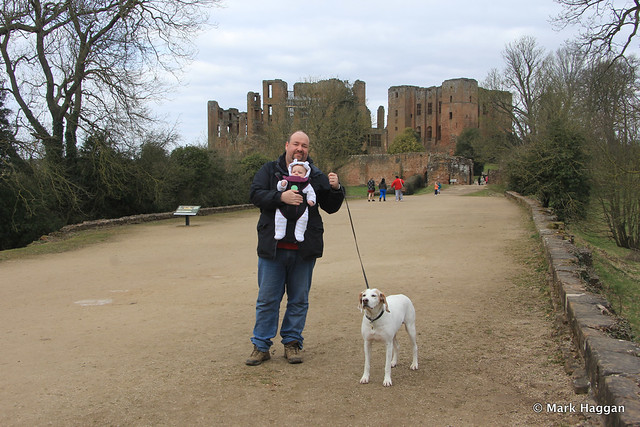 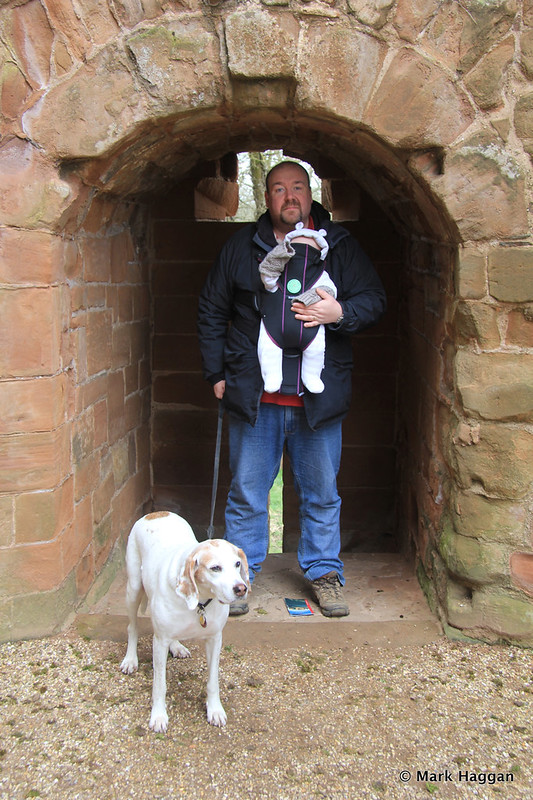 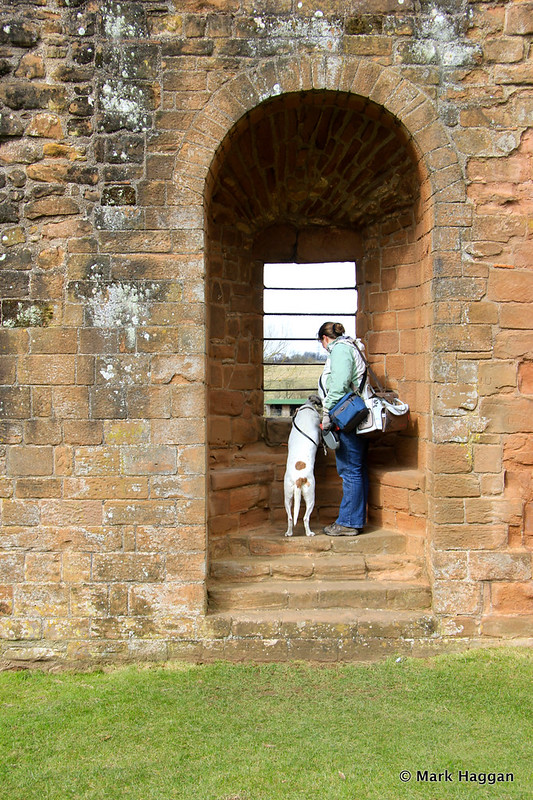 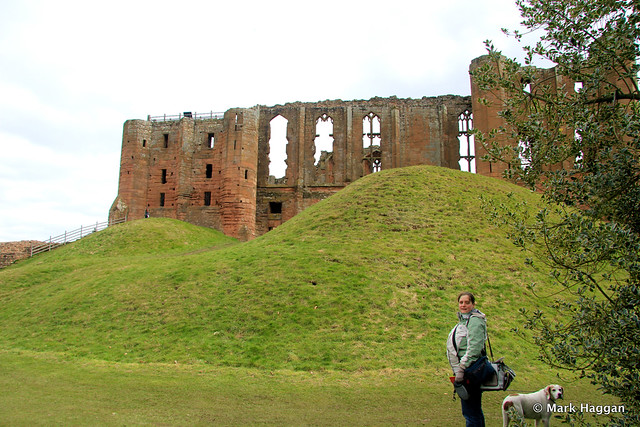 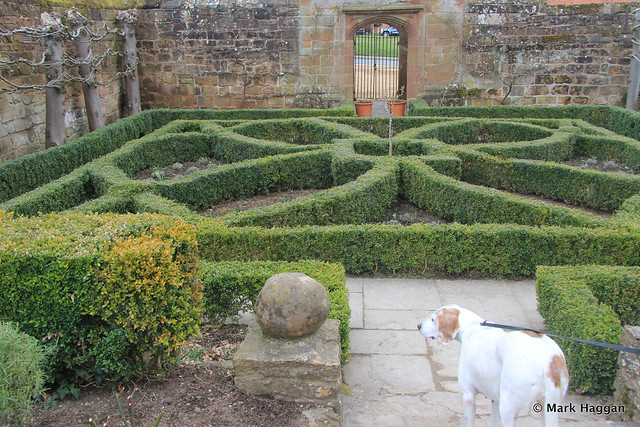 There is much of the castle to see, and it is well worth the visit. 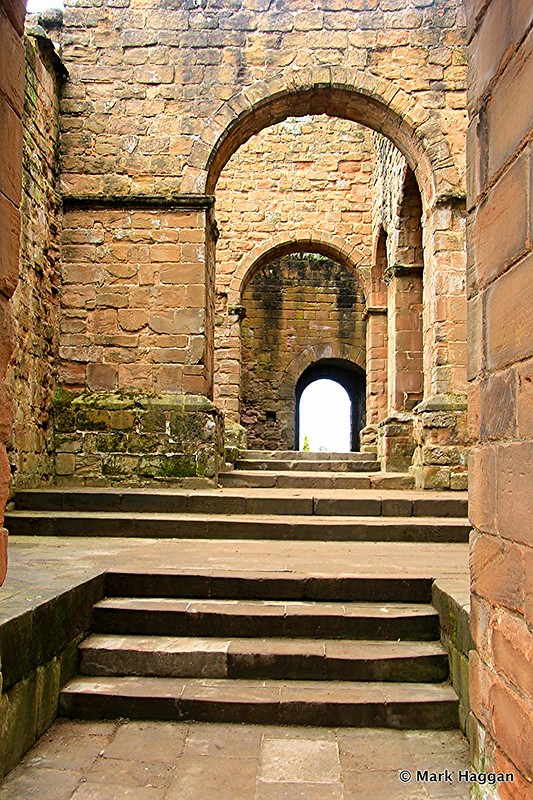 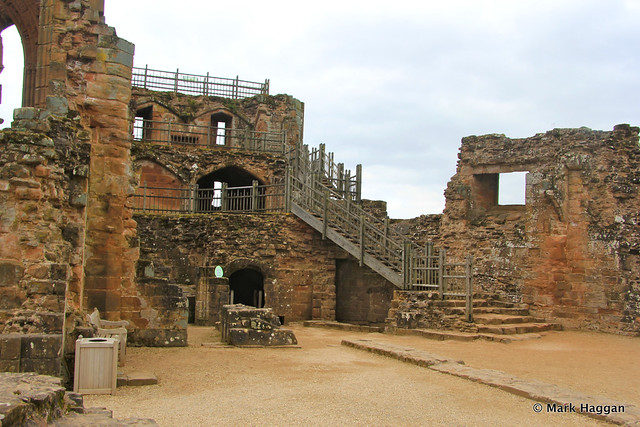 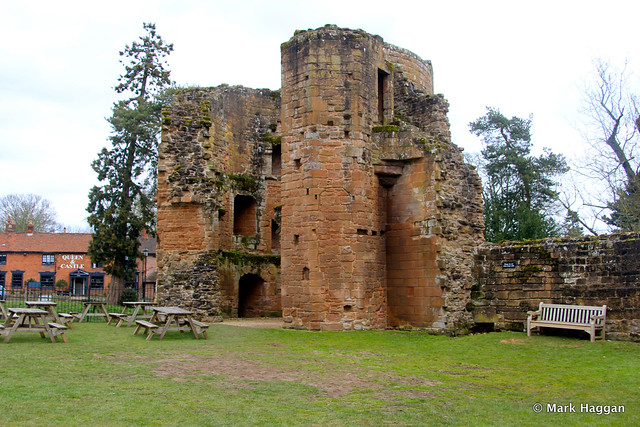 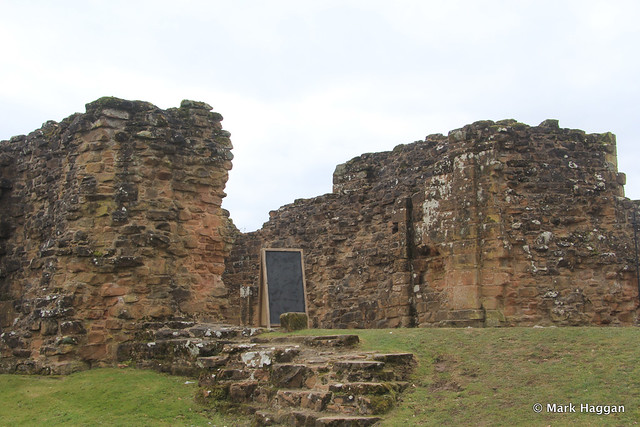 Even if you chose not to go into the castle – and you really should – there is quite a bit to see from just walking around the walls. 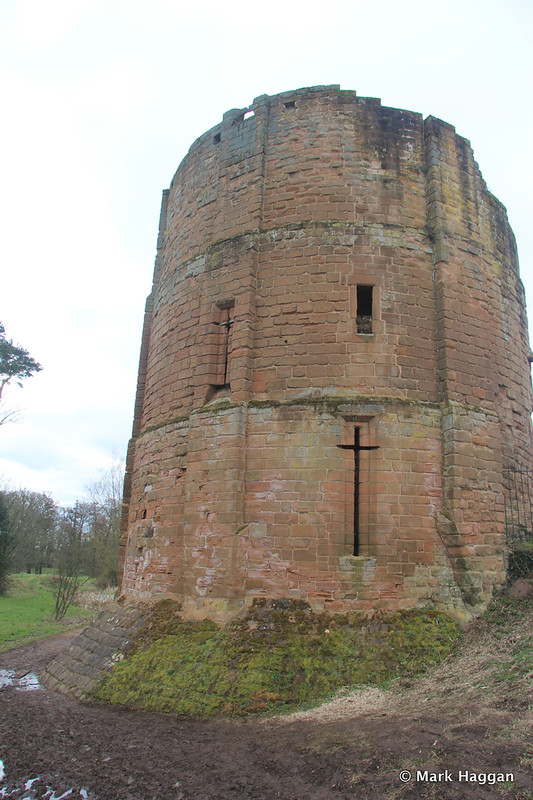 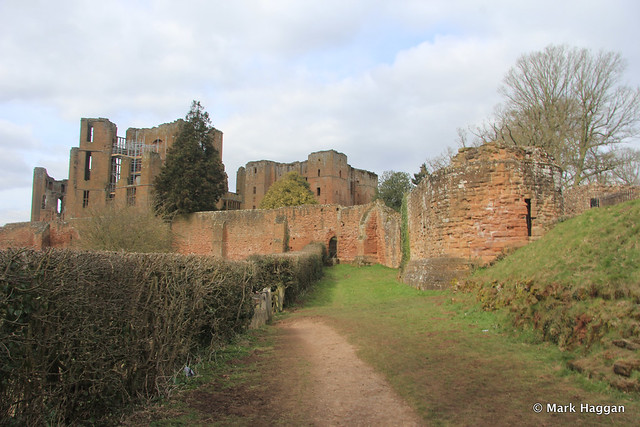 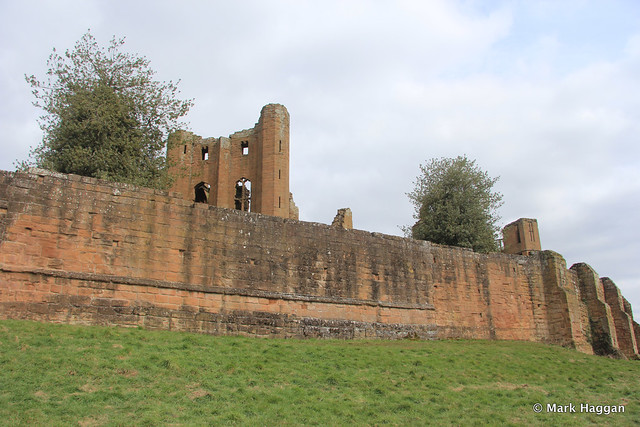 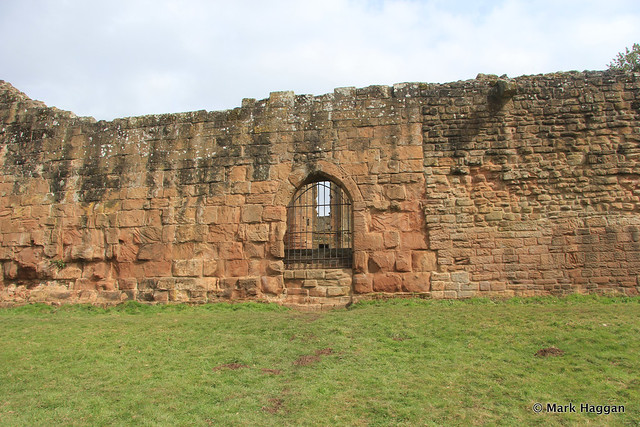 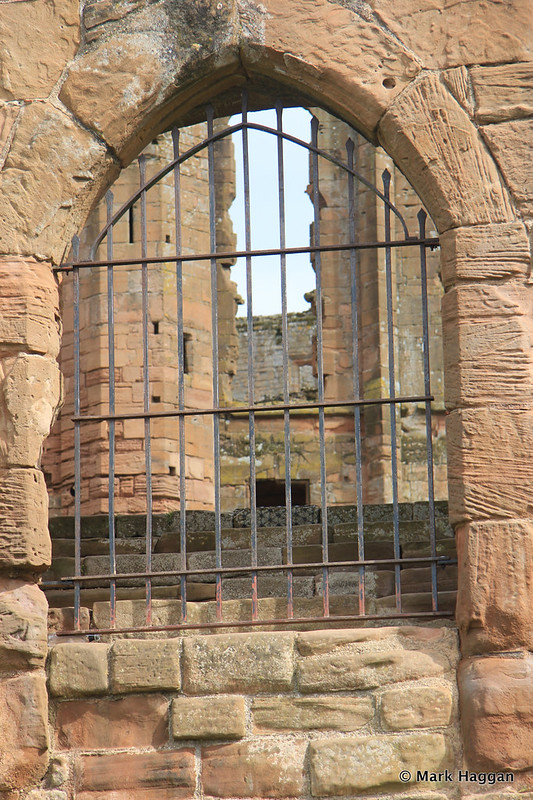 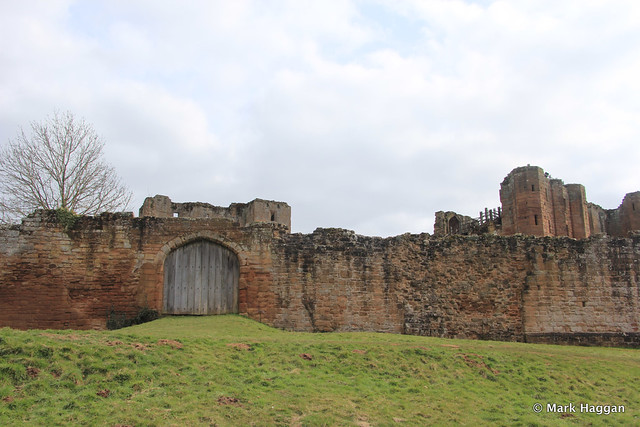 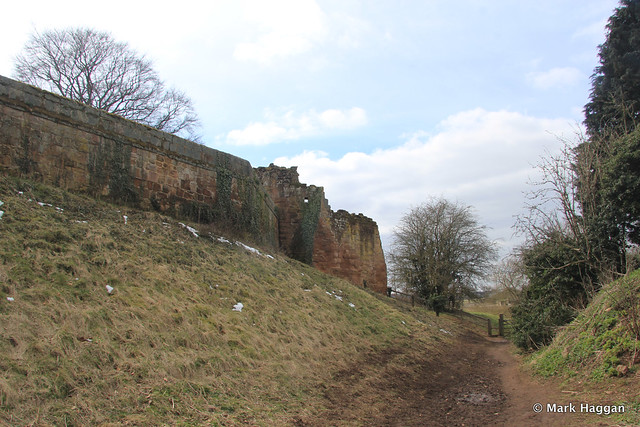 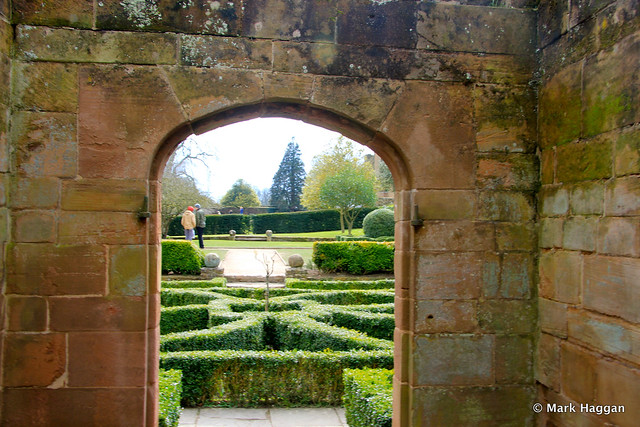 When we left the castle, we headed across the way to the Queen and Castle pub – it’s walking distance, or a very short drive – and I have to say, had a wonderful Sunday roast. It was almost worth the trip to Kenilworth just for that, but if you are in the area, don’t just have a great lunch, have a wonderful experience at a castle that has been key to so many important parts of English history, from the arrival of the Normans to the Civil War.