The “Barbuda” part of Antigua and Barbuda is often overshadowed by its larger partner, to the extent where I have been asked if I meant Bermuda or Barbados when I mentioned visiting Barbuda, but this smaller of the two islands is quite spectacular.  It is smaller than Antigua, and much less populated, with the 2011 census recording a population of 1638, most of whom live in Codrington, the capital, which was founded by the Codrington family in 1685.

There is a small airport on the island – called Codrington Airport – which is very small, however, we got there by boat, on a catamaran from Antigua.  Although it was not small, it was dwarfed by the cruise ships beside it in harbour, who were offloading their extensive cargo of tourists who would spend the day on the island before a night on the ship and off to another island the next day, as we were going on board. 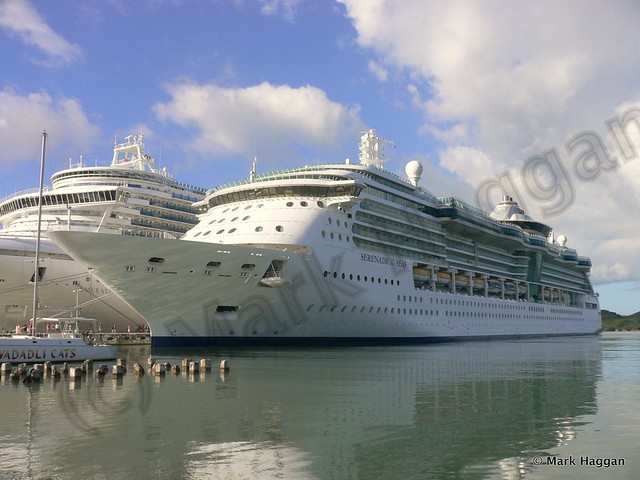 Barbuda is about thirty miles from Antigua, and soon appeared on the horizon. 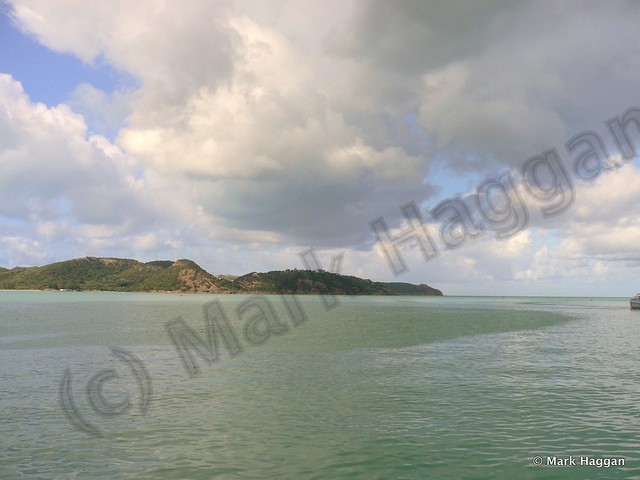 Once on the island, we went to investigate the series of caves that were probably home to Taino and Carib Indians before the arrival of Europeans, and are home to some unusual petroglyphs, or rock carvings.  Much as the cave is impressive – and it certainly is – climbing out of the top of the cave and looking down to the beaches below gives quite a glorious view.  Looking down to the sea, it is hard to believe that some of the nearby coast line goes by the name of Rubbish Bay. 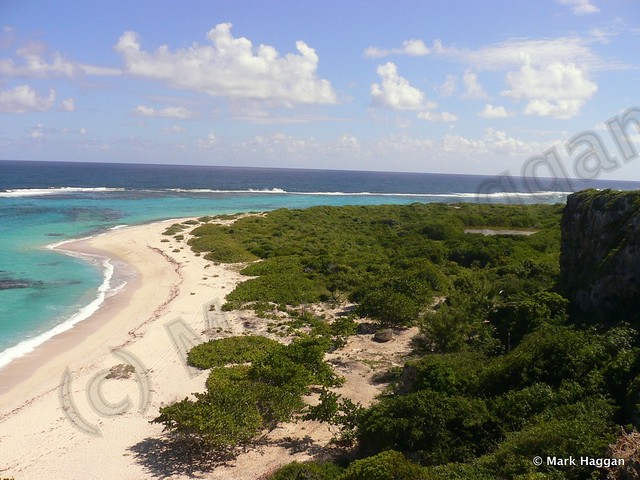 One of the most popular reasons to visit the island is the wildlife.  To the west of the island, near Codrington and Codrington Airport, is a lagoon called – you’ve guessed it – Codrington Lagoon. There are a series of mangrove clumps near Man of War Island in the North West of the lagoon, which are home and the breeding ground of the largest group of frigate birds anywhere in the Caribbean.  Visiting the birds is quite spectacular.

There were a few other small boats like us on their way around the lagoon. 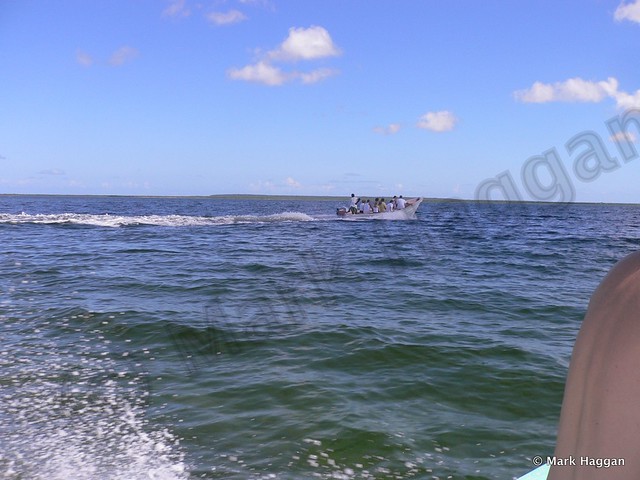 The magnificent birds came in to view, and were impressive in their size and number. 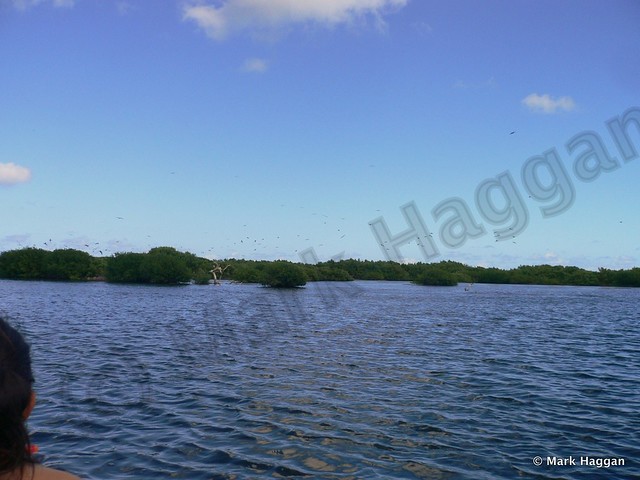 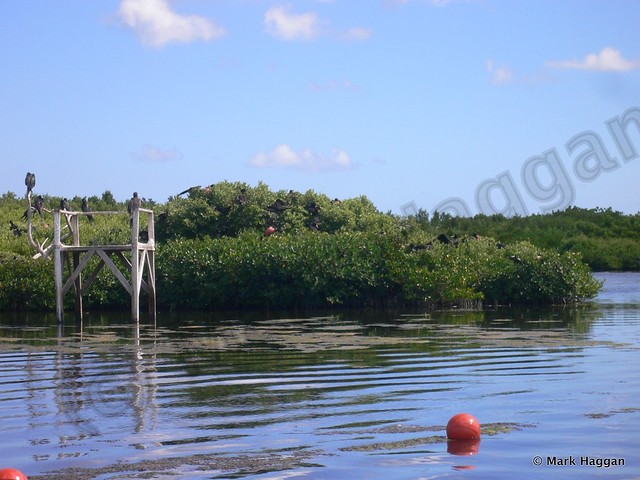 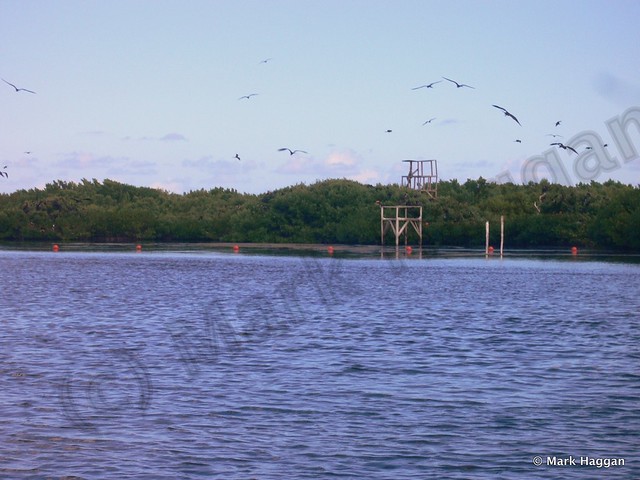 One of the other attractions on Barbuda is the coast.  There are quite spectacular beaches that are almost deserted, giving a very different feel from some of the more touristy parts of the Caribbean.  It is fair to say that spending days on a beach is not my preferred type of holiday, however, if you are going to spend a day on a beach and want some peace and quiet, then Barbuda must be worth a look.  As far as I could see along the beach to the North, there was no one to be seen other than the six of us who had arrived from Antigua that morning. 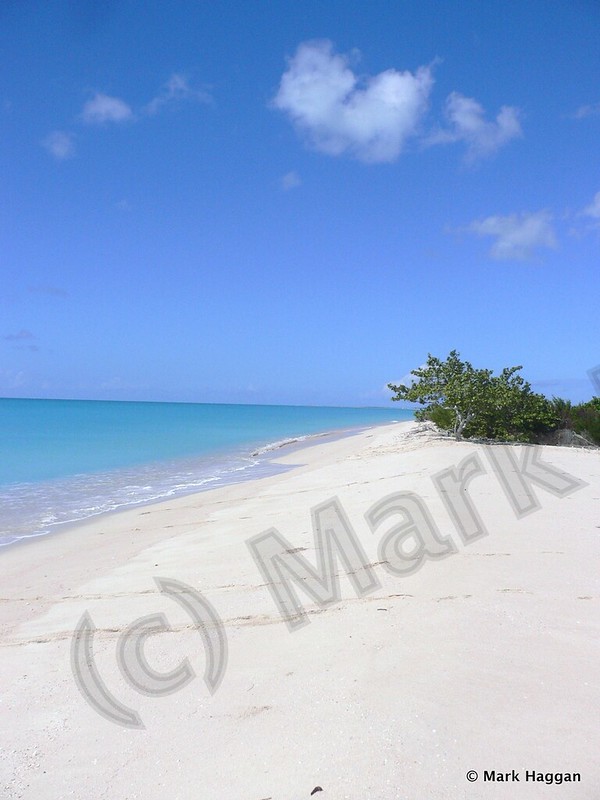 There were two people in the distance when I looked South. 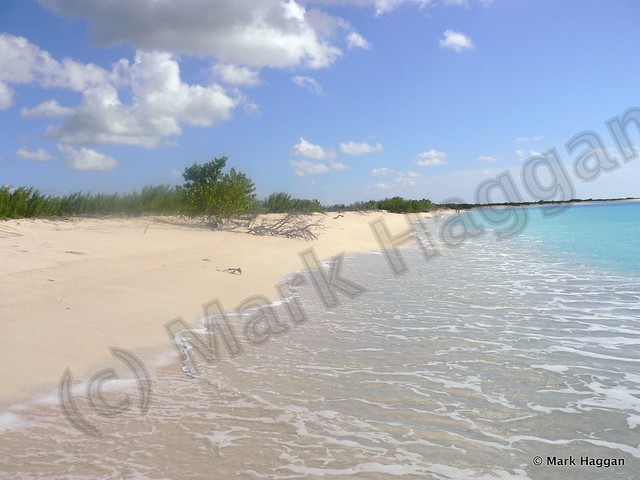 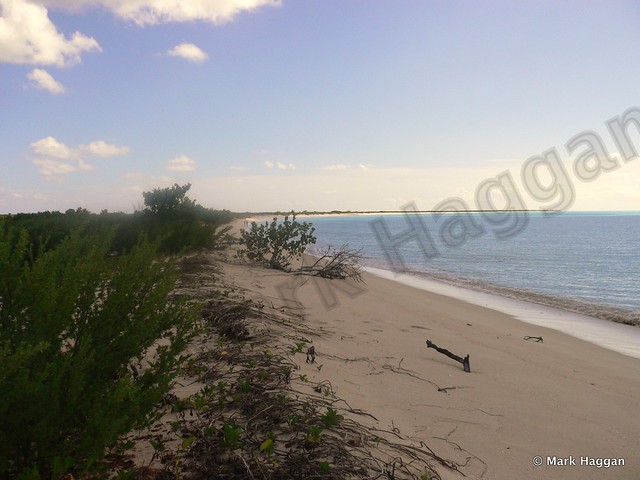 Even the water was terrifically clear, being able to see the sand and shells through the Caribbean Sea. 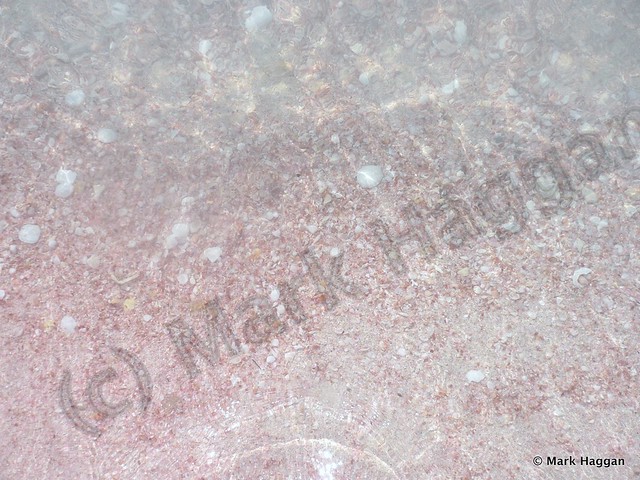 There are not too many things to do on Barbuda, and it is not the home of the normal Caribbean tourist activities that are common on many of the larger islands, but it is certainly worth a visit for the caves, the frigate birds, and most of all, the peace and quiet.