A returning feature to the support calendar of the 2015 BTCC series is the Renault UK Clio Cup, which made an appearance at Donington last weekend as part of the race weekend.  With Mike Bushell, the 2014 champion, having graduated to a BTCC drive for 2015, there were some new faces in the series as well as some for whom this is not the first year racing in a Clio.  Among the debutants this year is Freddie Hunt, son of the 1976 Formula One world champion, James Hunt, and as is now becoming an obligatory observation, Freddie both looks and sounds like his father.  He races with the number 76, the year his father won his world title. We bumped into Freddie over the weekend, and he was a very pleasant chap, happily signing autographs and chatting to fans.

Bumped into Freddie Hunt at Donington.

Although Freddie seemed to get significantly more attention than most of the other drivers, there was no shortage of talent on display, with Ant Whorton-Eales coming into the weekend leading the championship after the first weekend at Brands Hatch. There had only been a single race at Brands Hatch after a first lap incident involving Dan Holland, Thomas Grundy and Mark Howard required Grundy to be removed from his car and transferred to the medical facility, so there were three races at Donington rather than the normal two.  Thankfully, all three drivers caught up in the incident at Brands Hatch were racing at Donington.

The second race saw a dramatic off for Freddie Hunt at Redgate corner, just at the end of the main straight, and right in front of us.  We watched as his car came to a halt in the gravel before being rescued. 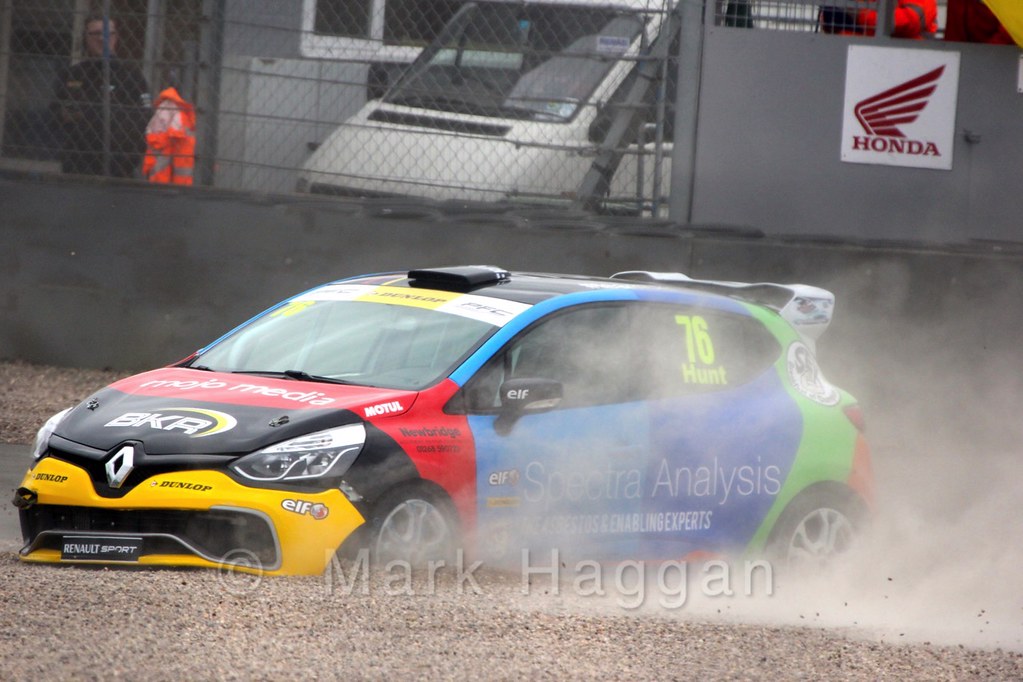 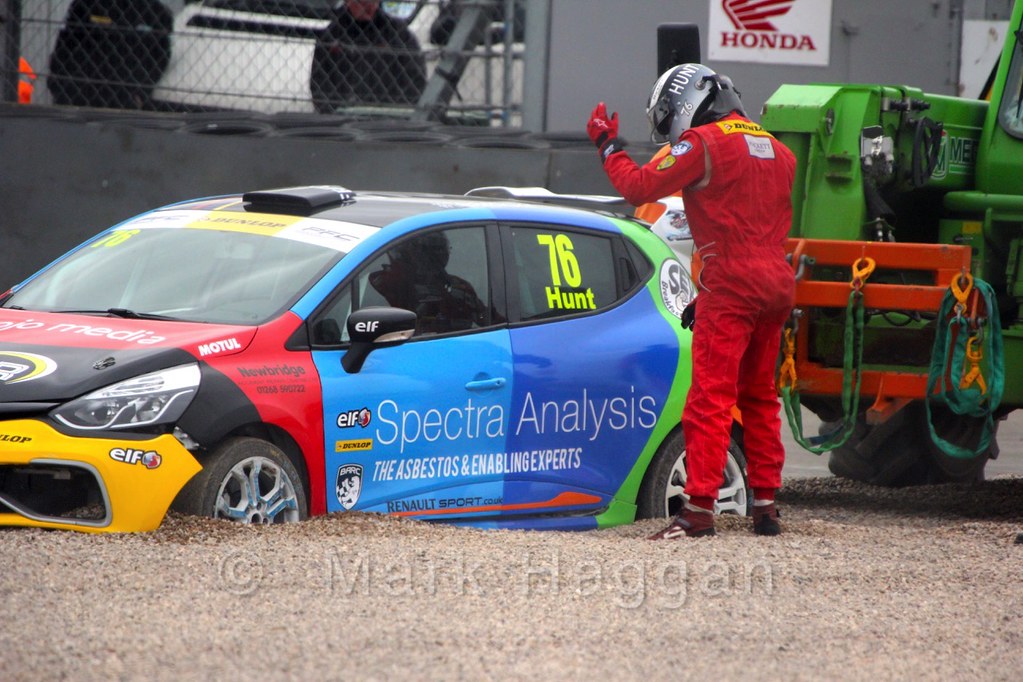 Meanwhile, Ant Whorton-Eales’ run of good form continued, with two second places being followed with a win, putting him at the top of the table after the Donington weekend. Ashley Sutton, who took the first win of the weekend is second in the championship, with Jordan Stilp third, and the other race winner, Ash Hand, fourth. There will, no doubt, be plenty more exciting racing before the season finishes.