There is not one but two Ginetta series supporting the BTCC championship this year, with the Ginetta racing at Donington Park including both the Ginetta GT Supercup, and the Ginetta Junior Championship, with drivers as young as 14 racing.   I went along to the Ginetta media day at Silverstone a few weeks ago, and there was plenty of interest in the series.  At Donington, HHC Motorsport’s Jamie Orton was starting from a strong position in the GT Supercup with two wins out of three at Brands Hatch, and continued in that success with two second places and a first at Donington.  Former BTCC driver Carl Breeze took a win, as did Tom Oliphant.  Those results put Orton at the top of the championship after Donington, followed by Breeze and Oliphant. 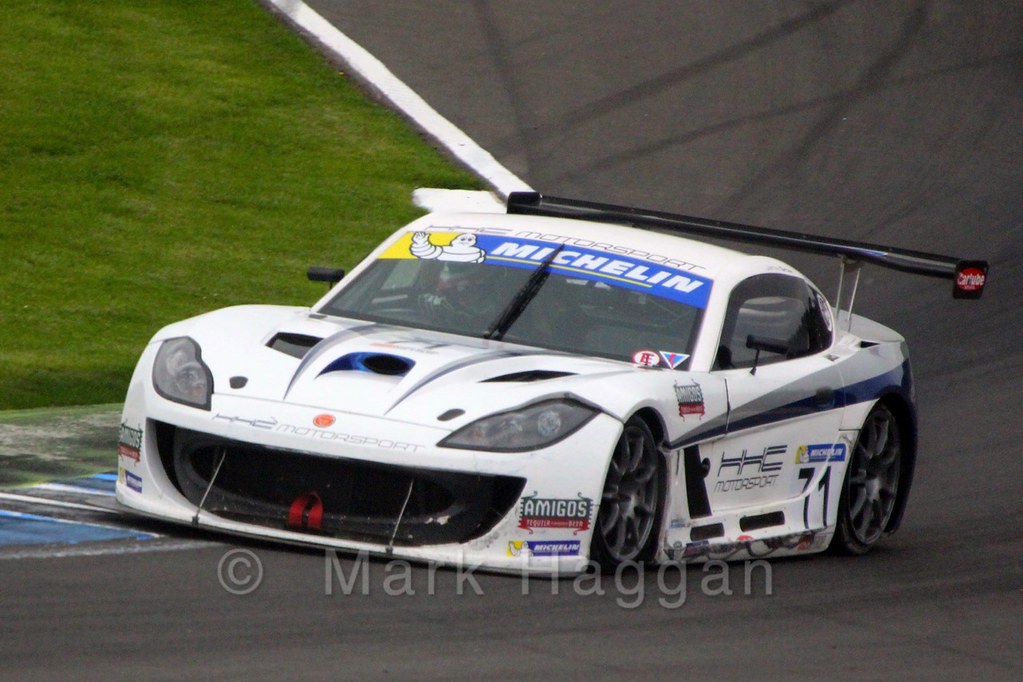 I was impressed to hear that privateer Osamu Kawashima flies from Tokyo for each race in the series. That seems a remarkable dedication to the Ginetta GT Supercup.

In the Ginetta Junior championship, Brands Hatch had seen wins for Senna Proctor and Billy Monger, both racing for JHR Developments. Donington saw Senna Proctor add a second place in the first race and another win in the second, with Billy Monger finishing on the podium in third place in the first race. Jonathan Hadfield shared Senna Proctor’s luck with a first and a second place, and is now second in the championship behind Proctor. Patrik Matthiesen is in third place, with a fastest lap to go with the same honour at Brands Hatch, where he also took a pole position, with Germany’s Sophia Flörsch taking the other fastest lap.

Another busy day at Donington…

The various Ginetta series continue to entertain, and no doubt will do so through the year.