I was sad to hear earlier today of the death of the great actor Peter O’Toole, and it reminded me of some time spent in Jordan. Anyone who has seen the 1962 film Lawrence of Arabia will remember not just the fantastic acting by Peter O’Toole and his colleagues, but also the story, the score, and in particular the cinematography and the scenery. Some of the filming was done in Wadi Rum, a valley cut into sandstone and rock in the south of Jordan. The area has been inhabited since prehistoric times, and the various rock paintings, carvings and constructions show this. The 1962 film has drawn some criticism about historic accuracy, however, TE Lawrence did pass through the area several times during the Arab Revolt.

We had spent a few days driving through Jordan, and had left our base in the Dead Sea, travelled over Mount Nebo, through Madaba, through the stunning Wadi Mujib, and down the King’s Highway to Petra. There are plenty of stories to tell from that trip, but this one starts at our next location, that of Wadi Rum.

The area is stunning, and mountains and sandy desert create a view that provides a classic desert wilderness view, which is stunning to behold. I took some photos, but they are far – very far – from the best of those that do justice to the view. 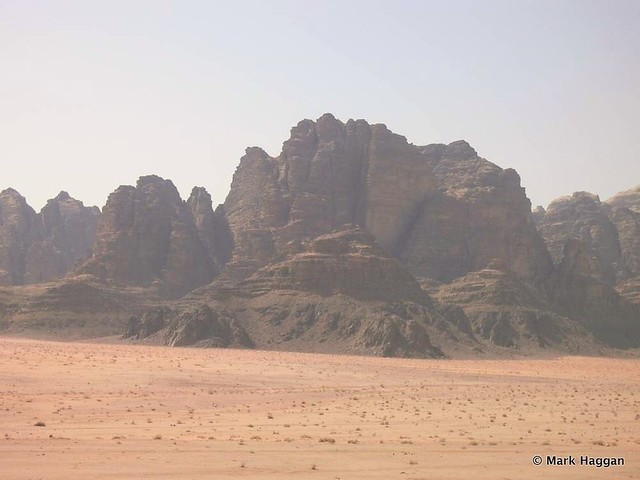 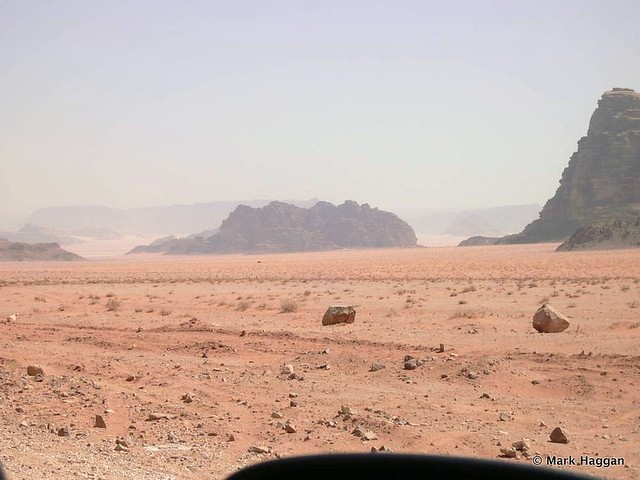 After spending some time there, our next stop was to be Aqaba, on the tip of the Red Sea. The city is split from Eilat by the Jordanian / Israeli border, and a very short distance further around the coast is Taba in Egypt. Before we left Wadi Rum, we were talking to the tourist police, and one of their colleagues who was off duty. It transpired that he worked week on, week off, and lived in Amman, the capital. There was one bus a day from Wadi Rum to Amman, that left at 1000. He finished his shift at 1100, meaning that he had a 23 hour wait before his bus home. As there was an hourly bus service from Aqaba, we gave him a lift on the short trip to Aqaba so that he could get home early. He was delighted. We thought it was a tiny thank you in return of the huge amount of hospitality that just about everyone we had encountered had shown us.

We headed off, and as we entered Aqaba a short time later, we came through a customs point as Aqaba’s geography makes it a “special economic zone”. The person checking our details was a little confused to see two people with British passports giving a lift to a local tourist policeman, and asked what was going on. Our new friend explained that he was getting a lift. We received a few more glances before a smiling face waved us through. We dropped our passenger off by the cornice, and as he thanked us profusely, and gave us his address and imploring us to come to see him so he could return the hospitality if we passed through Amman, we also got out and paddled our feet in the sea before heading off to find some lunch. We spent the afternoon in the city before heading back north through the desert back to our Dead Sea base.

Our peaceful, friendly and incredibly hospitable trip around Jordan was juxtaposed the very next day against the wider issues in the region, with a rocket attack that failed to hit a US warship in Aqaba harbour. Of course, the story that made the news was not any of the helpful people that we had met, the stunning sights that we had seen, or our fantastic time in the country, but that of the failed attack. However, the memories that I have taken away are of a part of the world steeped in history, filled with natural beauty, and populated by wonderfully friendly and hospitable people.