I wrote recently about a New Year trip to Cambodia, and mentioned how I had spent New Years Eve, including going to the rather spectacular Banteay Srei, one of the most stunning temples in the Angkor region. After a place of such beauty, our next stop was somewhat of a contrast, being a place of such ugliness. It was the Cambodian Landmine Museum, and a reminder of the grim recent past of Cambodia, and that the country still has pockets of landmines and other abandoned ordinances even after the end of hostilities. Seeing these devices of personal death and injury as museum pieces in such a casual way helped to underline the damage done and still being done to civilians across Cambodia and other lands.

The museum is run by Aki Ra. Ra was a child when the Khmer Rouge came to power and introduced their regime. He was orphaned in the Khmer Rouge camp to which he was taken, and was one of a number of orphans taken in by a woman in the camp until, still as a young child, he was old enough to join the Khmer Rouge army. He does not remember his name. At the age of around ten, he was captured by the Vietnamese, and joined their army, later serving in the Cambodian army as a teenager. He had laid many mines over the years, and was aware of the destructive power that they had, and decided that he would do something about them. He had some training from the UN in mine clearance, and went about clearing local ordinances with a knife and a stick. This was a very risky business, having no formal tools to carry out this precision work. He would defuse the mines, and sell the metal for scrap to fund what he did. He was given his name by some Japanese soldiers, whom he had met. He collected some of his mines, and as tourists started to hear about his unusual story, he would charge them a dollar to see the mines. Thus started the Cambodian Landmine Museum. 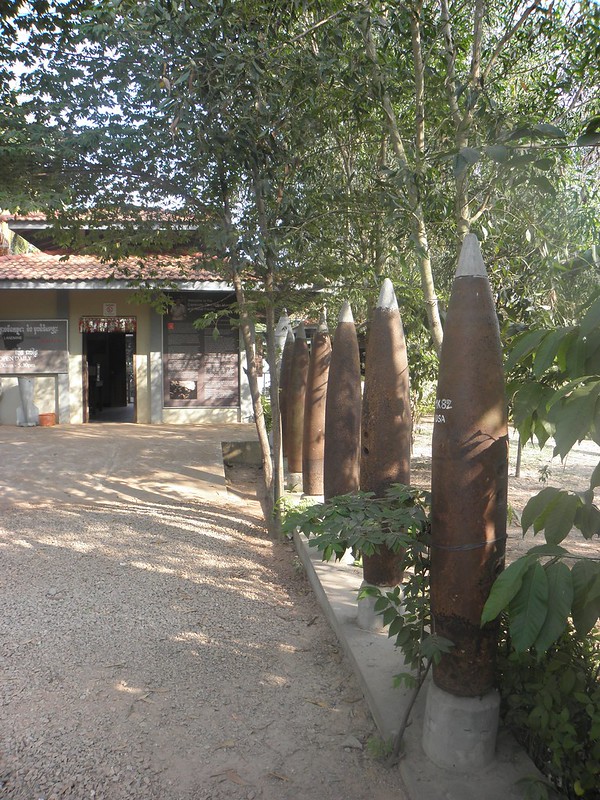 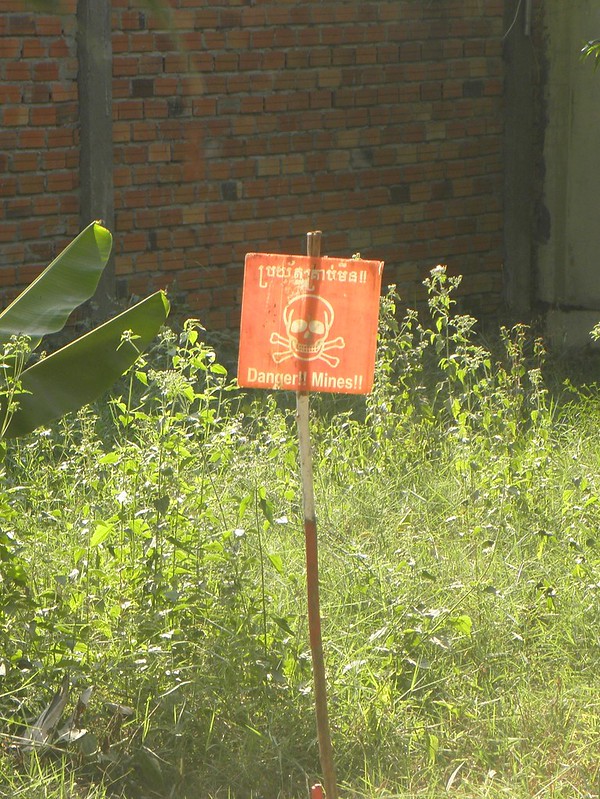 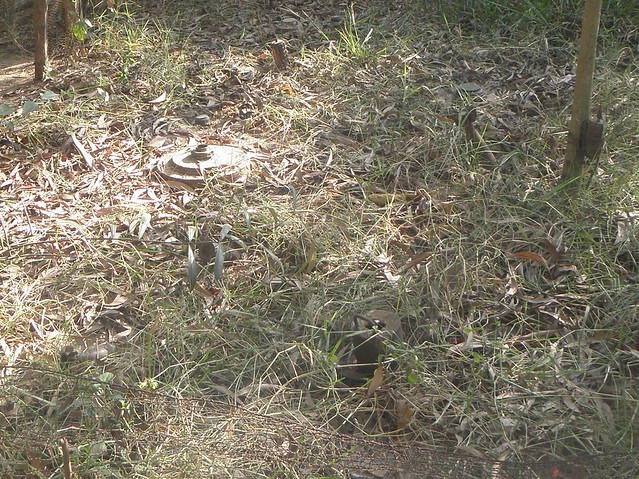 As well as ridding the country of mines, one at a time, Aki Ra is also looking after the people of the country, taking in orphaned and abandoned children, and among the twenty something living with him were those who were victims of landmines, or of polio, or were living with HIV, or for whatever other reason that they had no parents looking after them.

Ra has also founded a charity called Cambodian Self Help Demining. Their charter is to clear small villages of mines, and other areas that may be a low priority for the international community. The group was founded in 2008, and with an average running cost of just over USD4000 per month, managed to clear 163 000 square metres of land in the first year that it was in operation.

One of the things that struck me about Aki Ra was that he was roughly the same age as me. I say roughly, as he not entirely sure what age he is, or in what year he was born. I could not imagine the life that he had lived through, and his matter of fact approach and cheerful disposition was quite astounding.

In a country of such beauty and friendliness that had suffered such brutality within my lifetime, one of the things I took away was the inspiring story of an individual who wanted to make a difference for him and his community. As the famous quote goes, if you think you are too small to make a difference, then you have never tried to sleep in a room with a mosquito.