I am currently in Krakow, Poland, which for anyone who has not visited, is both a rather historic and a rather pretty city. It is the second largest city in Poland after Warsaw, and is a former national capital. The city dates back to the seventh century, and the old town is a UNESCO World Heritage Site. It is hard to go far in the city, particularly in the centre of the city, without finding yourself near a church, and in 1978, the local Roman Catholic archbishop, Karol Wojtyla, became the first non-Italian pope in more than four and a half centuries when he became Pope John Paul II. There are plenty of places that proudly show their connection with the former Archbishop of Krakow.

The old town is centred around the Main Market Square, with the Cloth Hall, or Sukiennice, in the centre, and the tower that remains from the Town Hall. There is, in one corner, a church, the entrance to which is below ground level, where ground level has gone up over the years. I liked the very robust but old looking door on display. 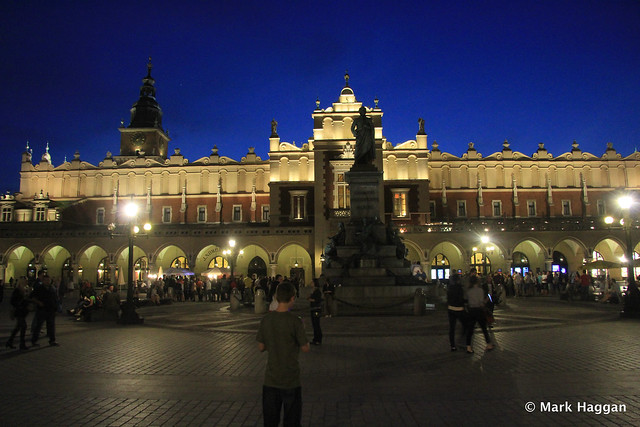 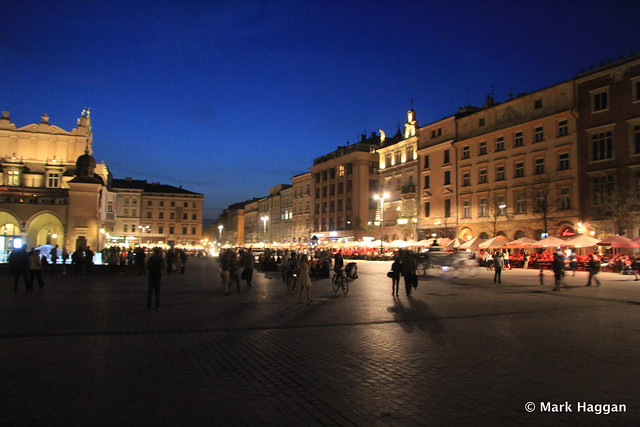 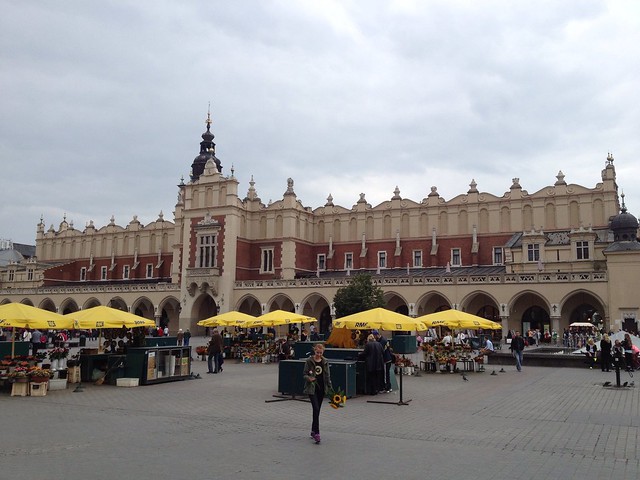 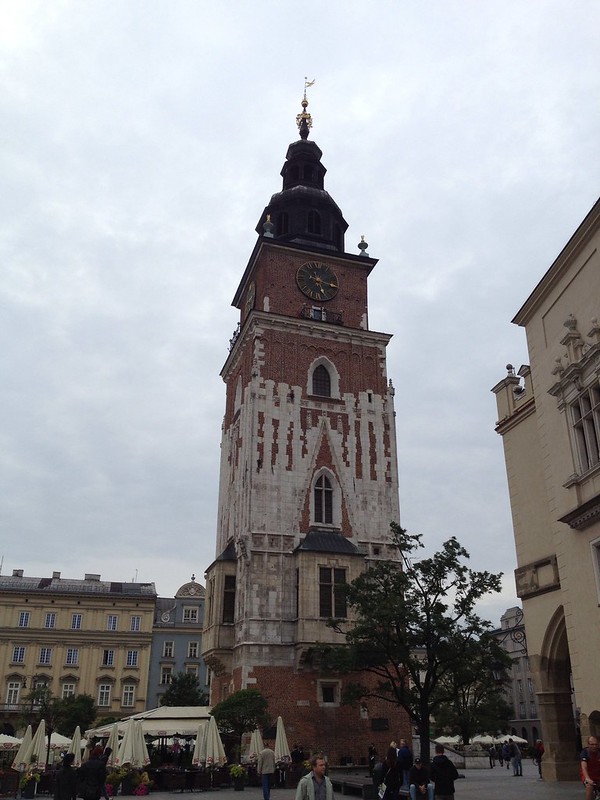 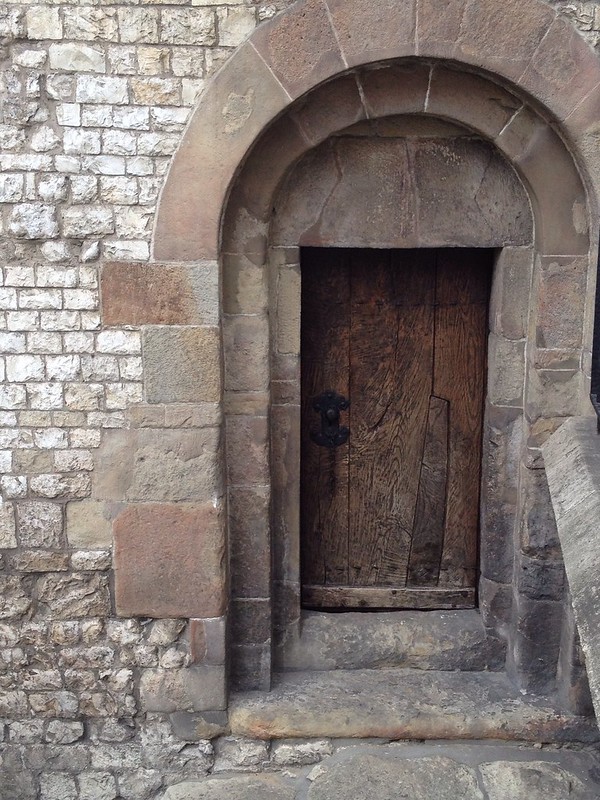 Some of the interesting things to see around the city are easy to find, like the Barbican at the north end of the old town. 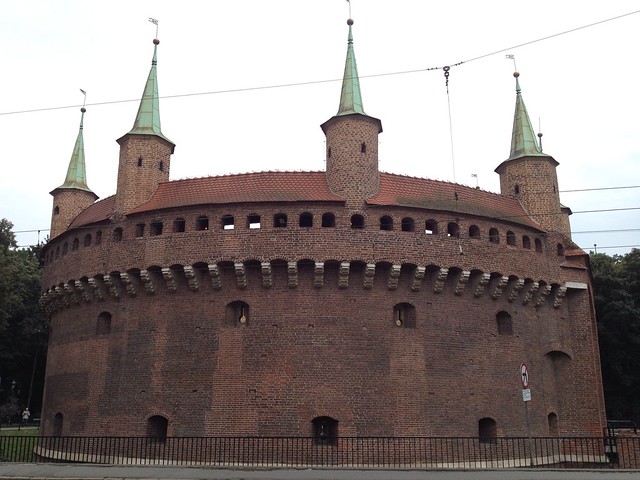 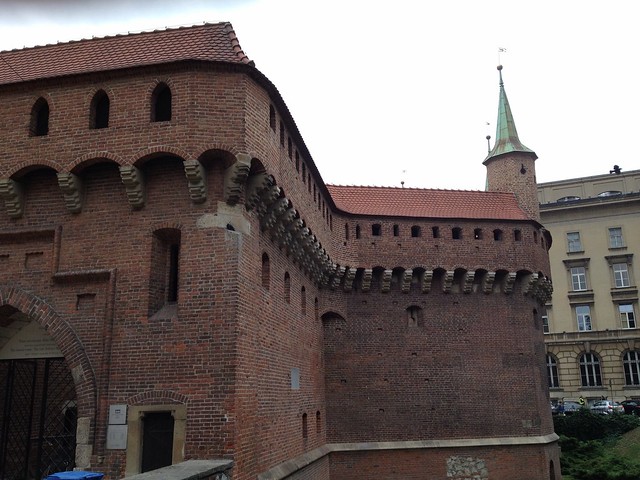 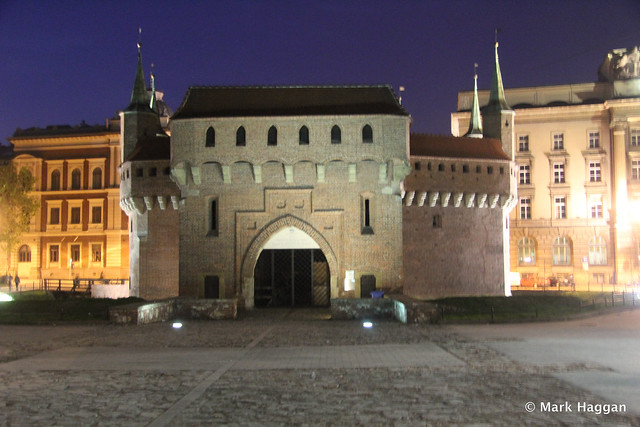 Between the Barbican and the old town is the Florian Gate, part of the former defences of the city. 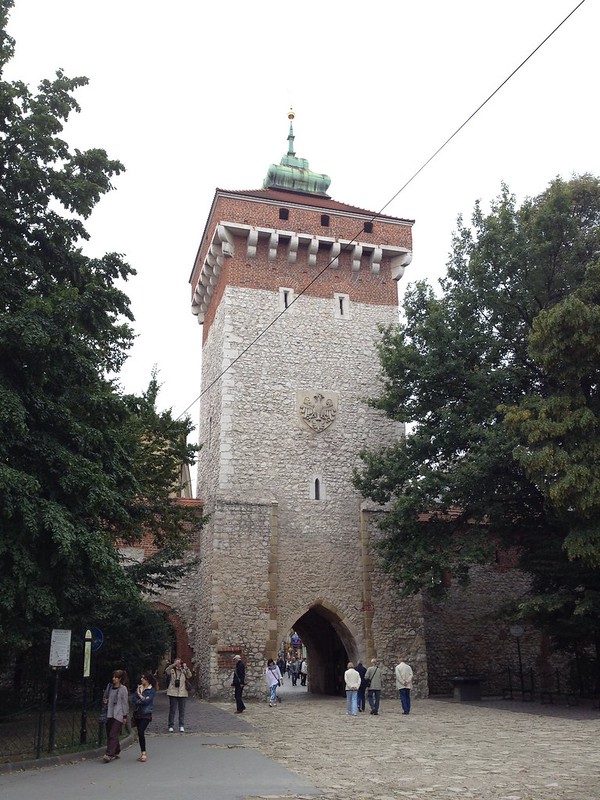 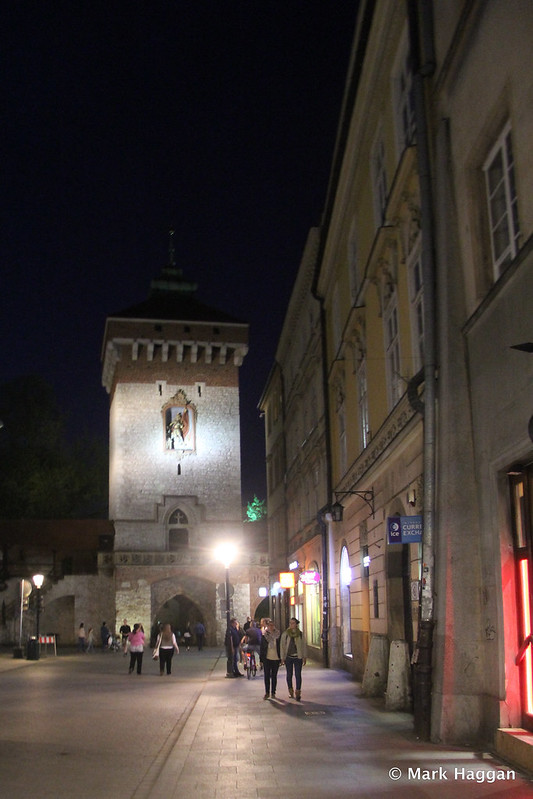 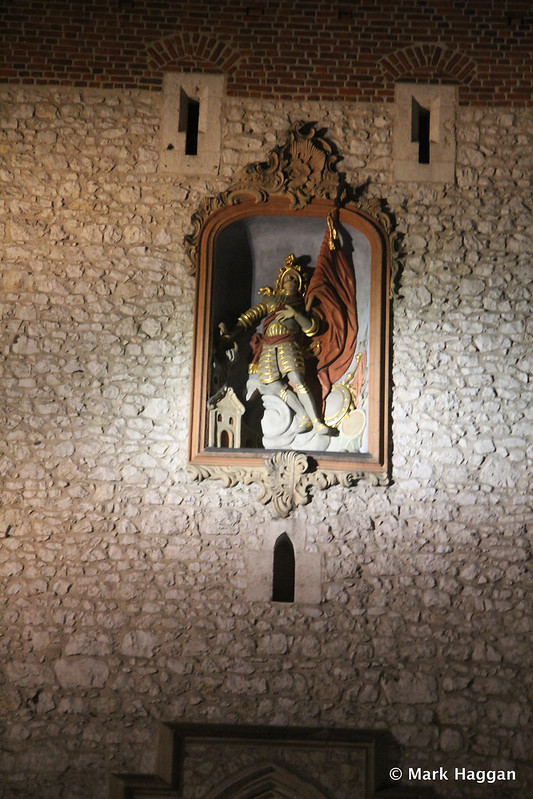 The hill at Wawel, on the south side of the city, is the home to the castle and cathedral, and was formerly the home of the Polish royalty. 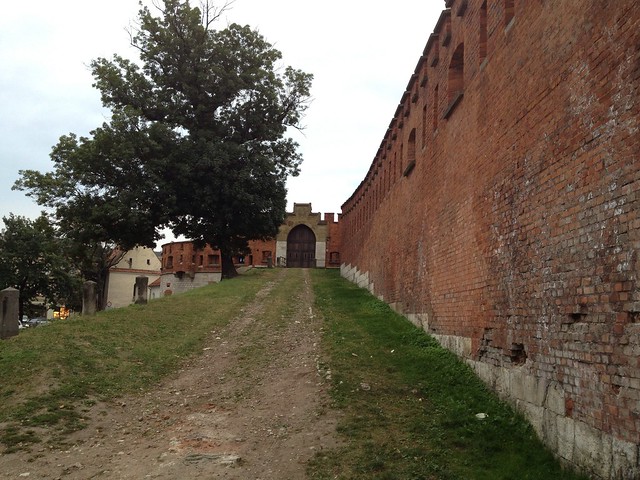 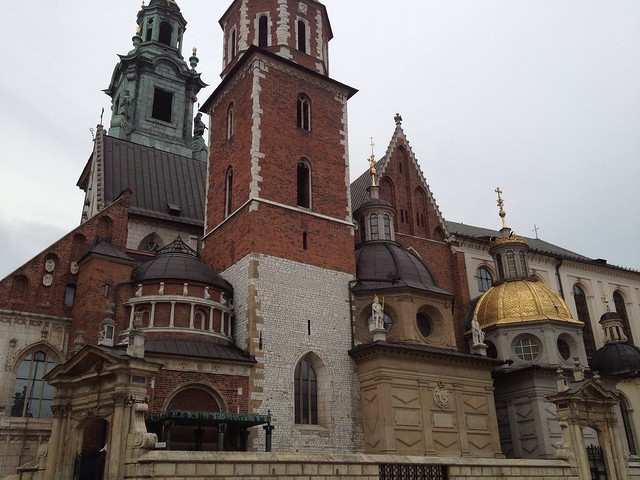 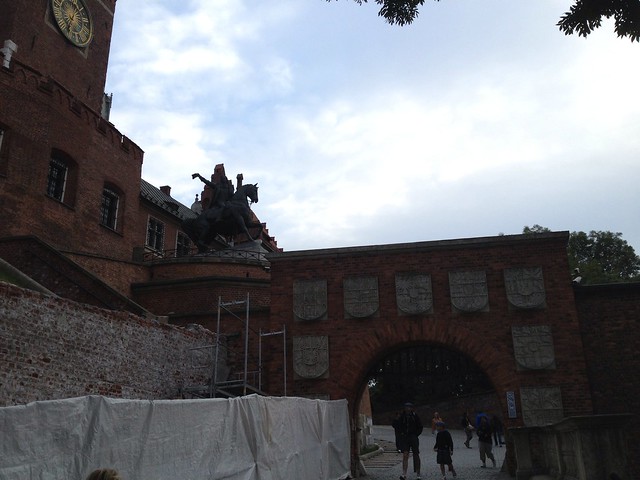 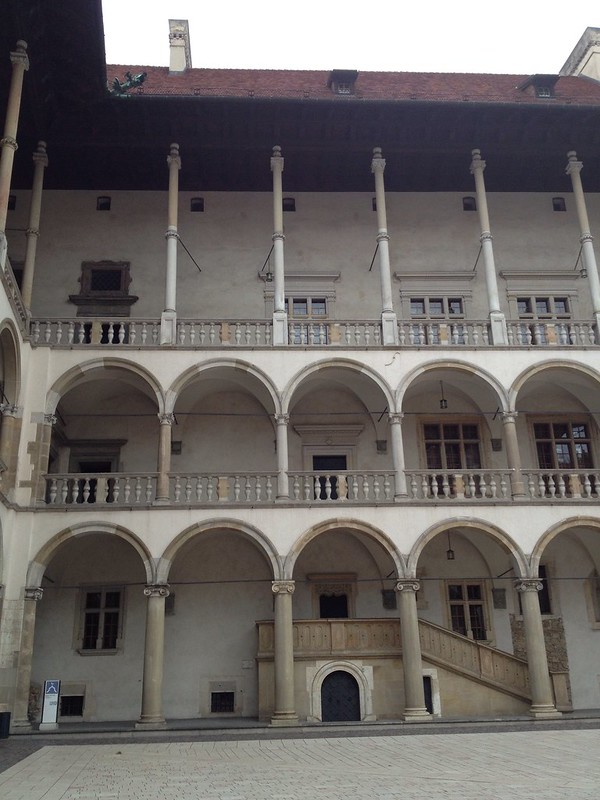 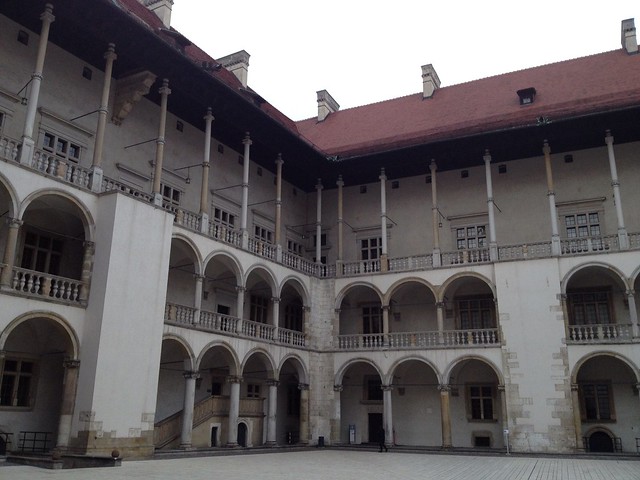 However, there are also some very interesting sights that take a little more effort to find. For example, a trip inside the old university – the Jagiellonian University, dating to the fourteenth century – in the old town provides a view of a courtyard in a place of academia that has been the place of study of not just the former Pope, but other leading thinkers like Nicolaus Copernicus, royalty like Jan III Sobieski, and even saints including St John Canitus and Saint Stanislaus of Kazimierz. 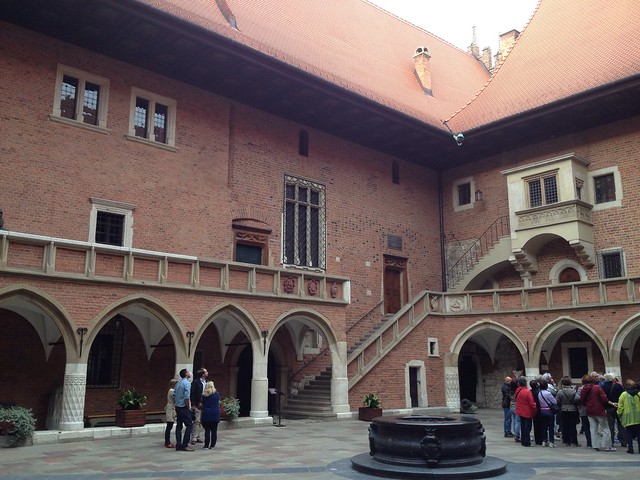 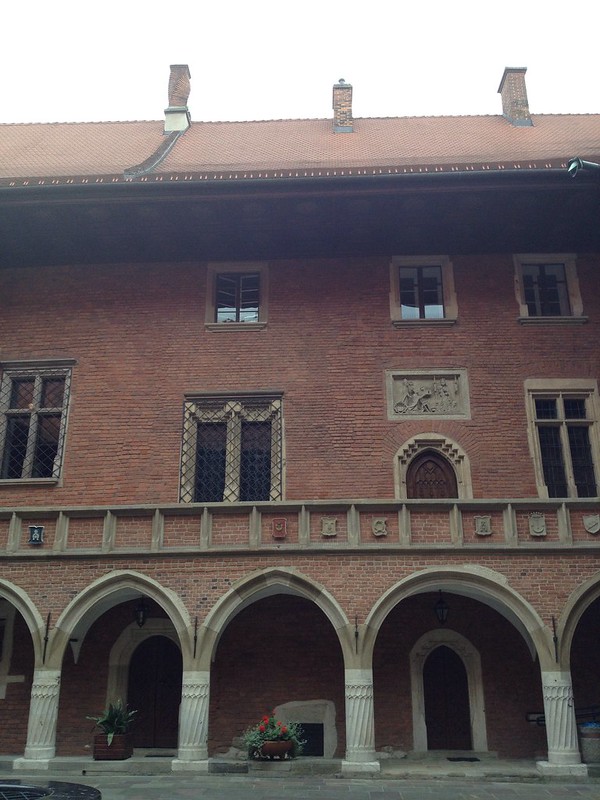 The city is scenic, and the old town is big enough to be interesting whilst small enough to walk around. There are a few more of my photos below, but these are only a few of the many parts of the city that are worth visiting.

If you visit Krakow, and fly in, do have a look for the interesting but well hidden exhibits from the Polish Aviation museum at the airport; all very interesting.  There are some photos here.