Some of you may remember that I discovered a few weeks ago that Apple’s Siri actually knows something about Monty Python, and given the big announcement that we have a new Dr Who in Peter Capaldi, I thought that I should ascertain what Siri’s view on the new Doctor might be.  I asked the rather obvious, and not particularly inspired question, “What do you think of Peter Capaldi as the new Doctor?”.  There has been much positivity about the casting of a lifelong fan in the role, and Capaldi’s quirky nature seems to play well to the character, however, Siri’s opinion on the tewelfth Doctor was somewhat more circumspect: 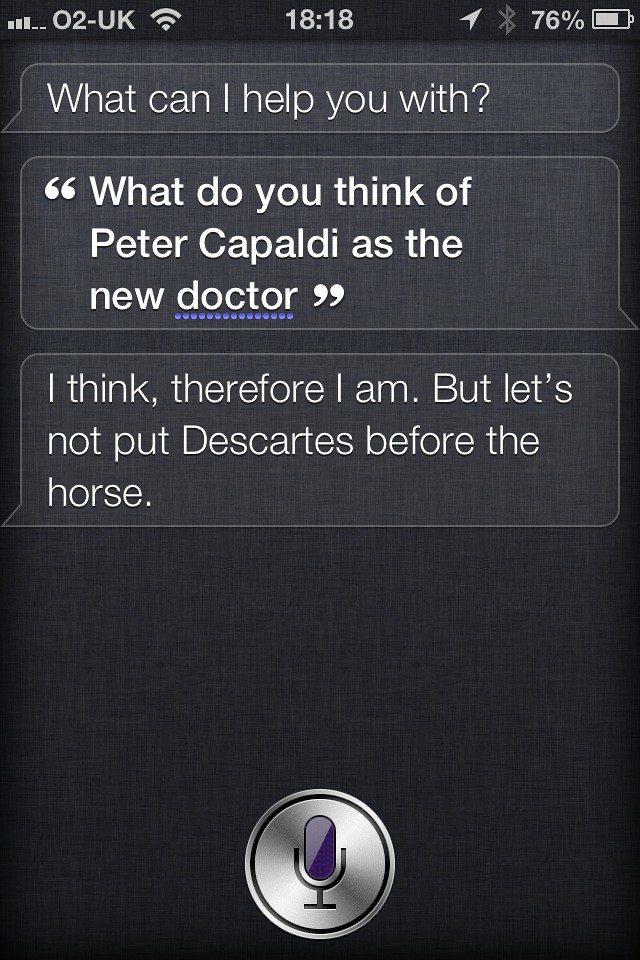 Perhaps Siri knows of some of the stories to come in 2014.  Perhaps The Doctor will encounter a seventeenth century French philosopher.  Who knows?