I have mentioned various events at Moira Furness, including some 1940s entertainment, and the Moira Canal Festival there, complete with Morris Dancing. When I went to have a look around on Sunday, 11th August, I found that it was presenting yet another interesting historical event, this time a 1910s event. There were various items on display, and there were a series of people in costume who were acting out little skits. The items on display were in two parts, those based on home life and those of a soldier of the time. 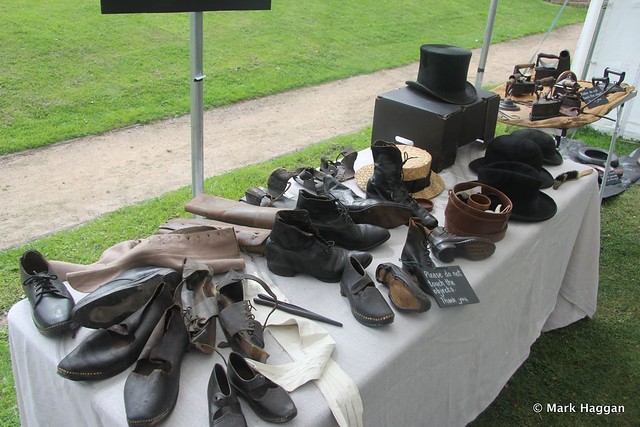 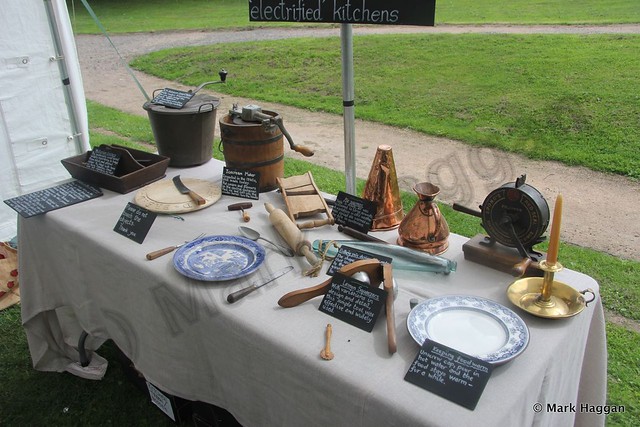 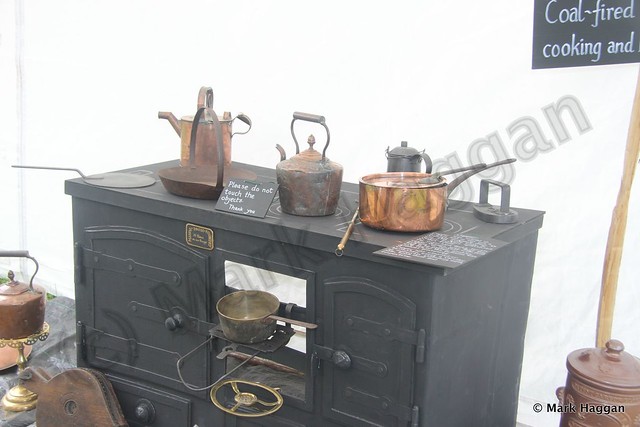 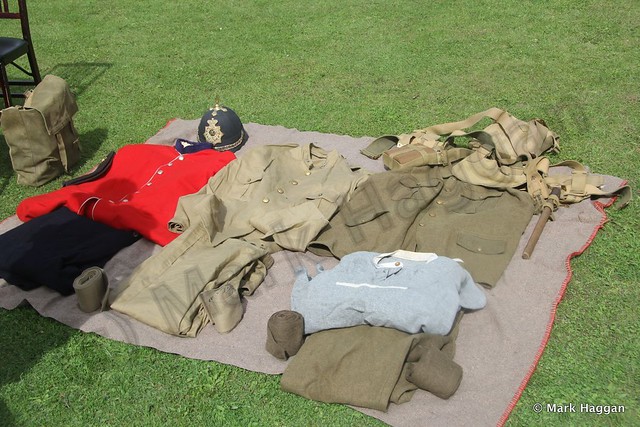 The soldiers were explaining their craft to those visiting, and showing the development of the Lee Enfield rifle over the years, and through the conflicts of the Boer War through the World War I. 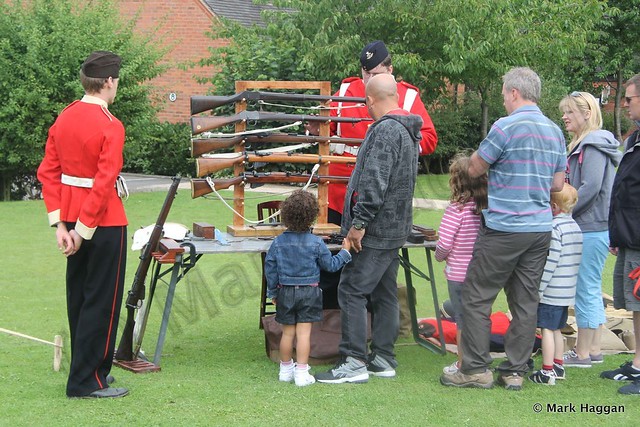 The Tory candidate for one of the 1910 elections – there were two that year, one in January and another in December – was watching the soldiers’ display. 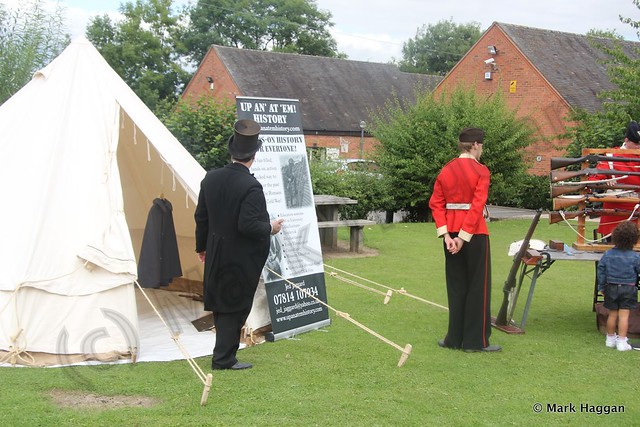 The December election was an interesting time to win a seat, with the planned next election in 1915 being cancelled due to the outbreak of war, meaning that those returned in 1910 served an almost eight year term.

The cast assembled included a policeman and a suffragette, as well as an anarchist with a revolver and a red flag. 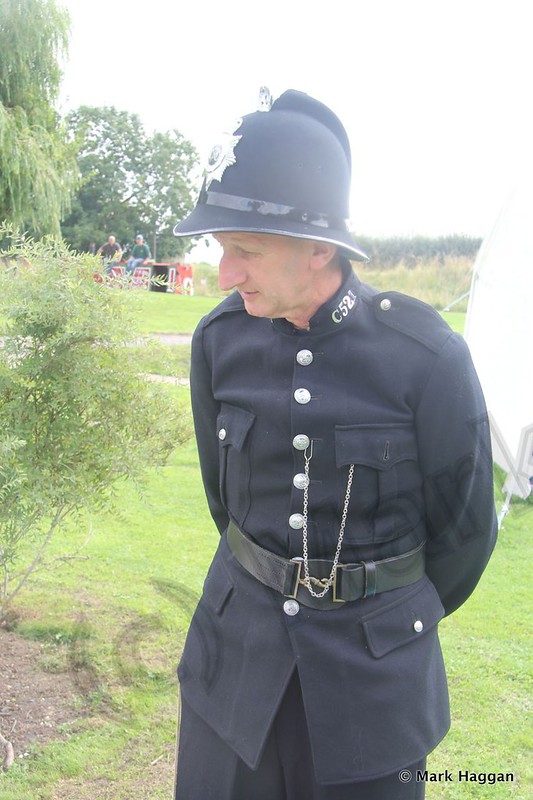 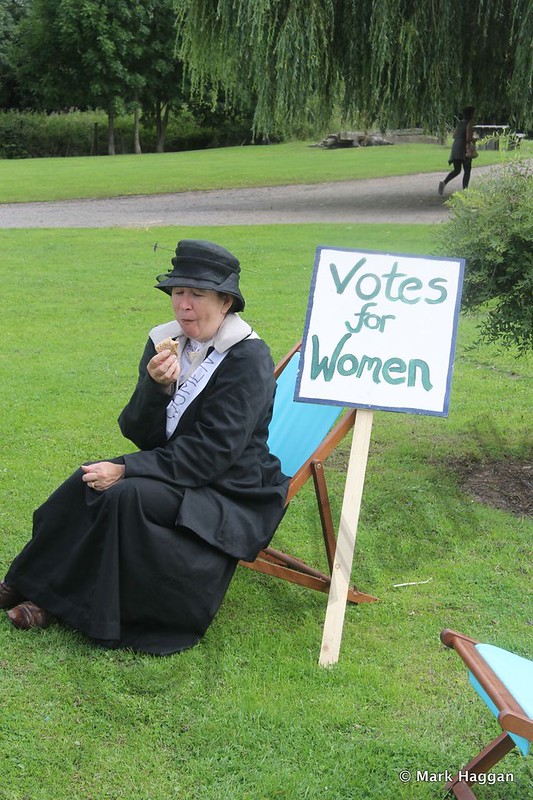 The candidate was making election speeches, the suffragette was protesting, and the anarchist was starting trouble whilst being pursued by the policeman.

As is always the case at these events, those involved were superb at explaining what was going on to those who were attending, a mixture of those who had come for the event, and those dog walkers and families who just happened to find themselves there. The event was organised by Up An At ‘Em, who organise a number of events like this. Definitely worth looking out for. 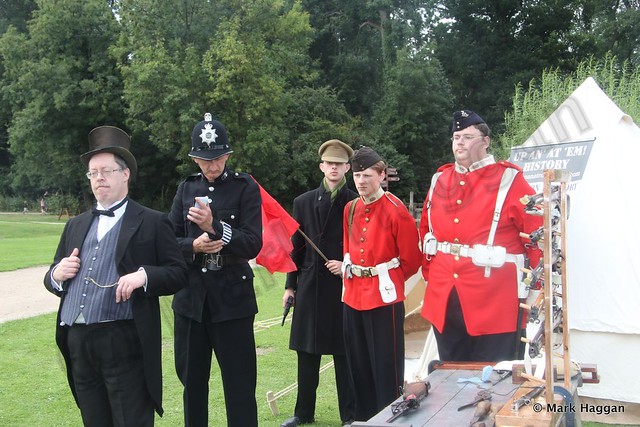 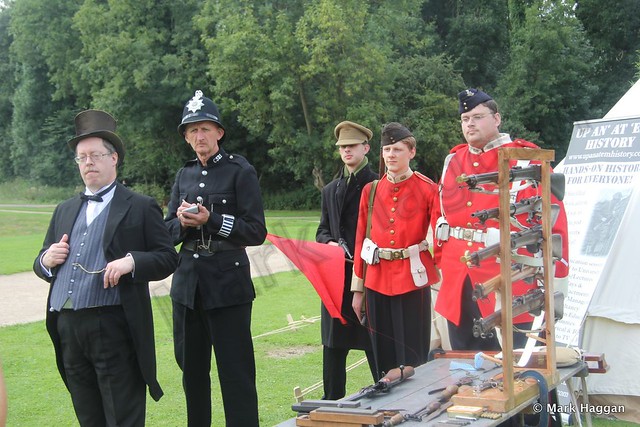