I am currently in Germany for a couple of days, and as a relatively frequent traveller, I am aware of the cost of mobile phone roaming, and in recent years, I have been increasingly aware of the cost of data when abroad.  I try to be sensible in the use of data, but have accepted that it is a cost of modern travelling.  I have been happy to upload photos to social media or send by email whilst travelling, and to pay the costs associated with that.
You can imagine my delight when I received the following message when I arrived in Germany yesterday: 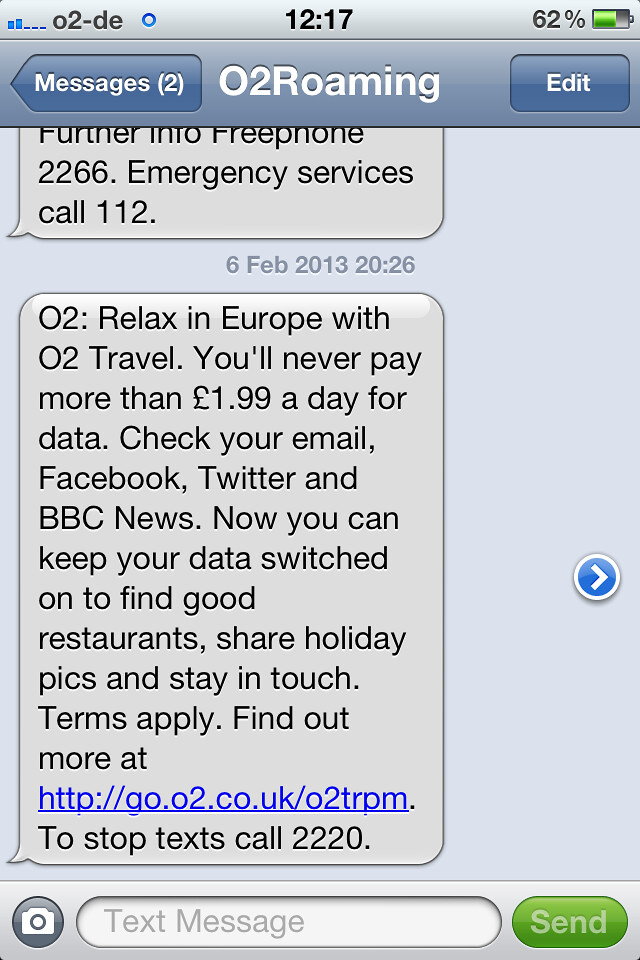 That’s right, my provider, O2, was telling me that I would never pay more than £1.99 per day for data, and that I could keep my data switched on. Hurrah I thought.  I was planning to use wifi anyway, although as there was a problem with my hotel’s wifi, I ended up using my mobile.  It’s fine, I thought, O2 have told me to “relax”.

You can imagine, then, my surprise in getting the following follow up message today. 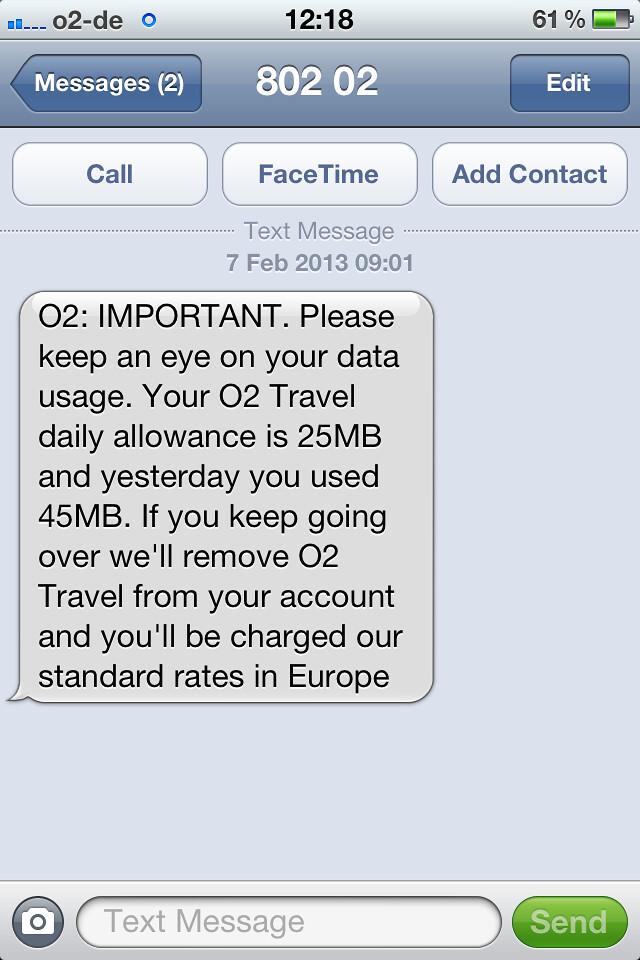 That’s right.  The “relax” and “never pay more” previous text had a caveat that there was actually a limit to the amount of data that I could use.  Not only was there a limit, but if I kept using it, I would have O2 Travel removed from my account.  Not the most friendly, customer focused message, I’m sure you will agree.  A message saying  “you have used 80% of your quota (that we forgot to mention)” would have been nice.

So today, since receiving the first message, I have not used my phone, but have left data roaming turned on.  No doubt, I will have received some emails, tweets, Facebook updates and the like, but that’s fine, isn’t it?  The first message from O2 had said “Check your email, Facebook, Twitter and BBC News.  Now you can leave your data switched on”. 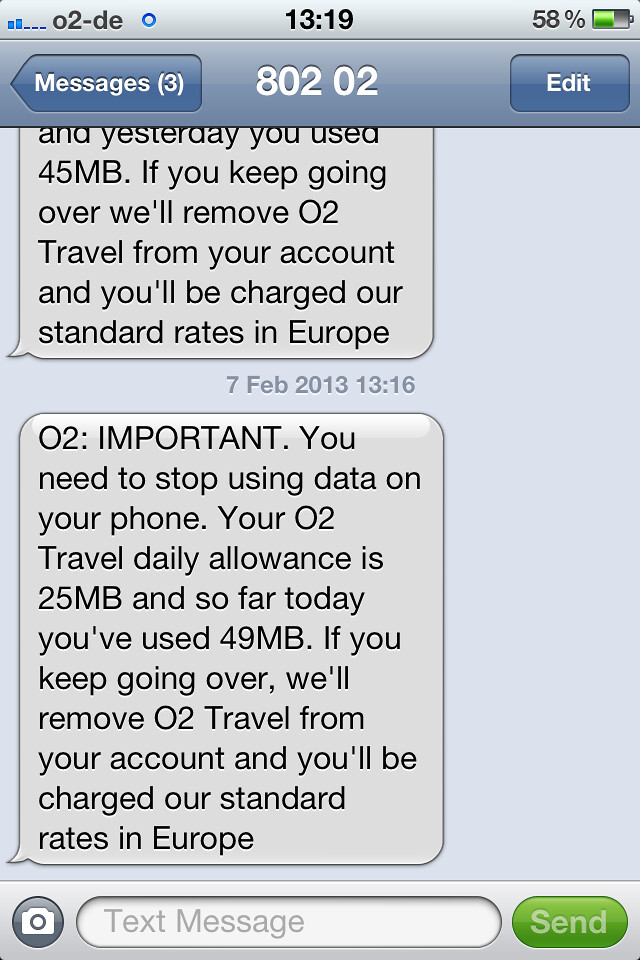 I was even more surprised, then, to get this warning from O2.  Turn off your data. I am not sure how I have used quite this much data today, as I have not actively used my phone since the last message, but I was at risk of upsetting O2.  I have subsequently turned off roaming on my phone, and suspect that it may be time to review my network provision and use a supplier that has a concept of customer service.

And before you ask, I am writing this from a PC connected to the internet.  I don’t want to risk upsetting O2.