I wrote recently about the International Fleet Review fireworks in Sydney Harbour that luckily coincided with my trip to Sydney, and I mentioned that I would post some more photos when I got home.  Well, I’m back home now, so here are a few more photos…

The International Fleet Review was a celebration of 100 years of the Australian Navy, and for nine days, the city of Sydney was filled with various naval events, including forty ships from various world navies, a series of tall ships, parades, events, and plenty of other things going on around the city to celebrate the day in 1913 when the first ships of the newly formed Australian navy sailed into Sydney and relieved the Royal Navy from needing to protect the newly formed nation.  It was a huge event, with plenty going on, including Prince Harry taking part in the fleet review itself, a very impressive air show, and a fireworks display.  I’m told that it was the biggest fireworks display in Sydney’s history, with more than seven and a half tonnes of fireworks involved.  For those who have seen the impressive New Year celebrations in Sydney, or those to celebrate the 2000 Olympics, you might get an idea of the size and scale.

We watched them from Kurraba Point, near Neutral Bay, as it’s a stone’s throw from where my brother lives, meaning that we could easily escape if my son Xander found the noise of the fireworks all too much.  We shouldn’t have worried; he watched the first few, gave a yawn, and snoozed through most of the largest and noisiest fireworks display I have ever seen.

The display started with helicopters launching flares, which opened the huge firework and light show.  For those near the Opera House, a series of sound and light shows explained the history of the navy. 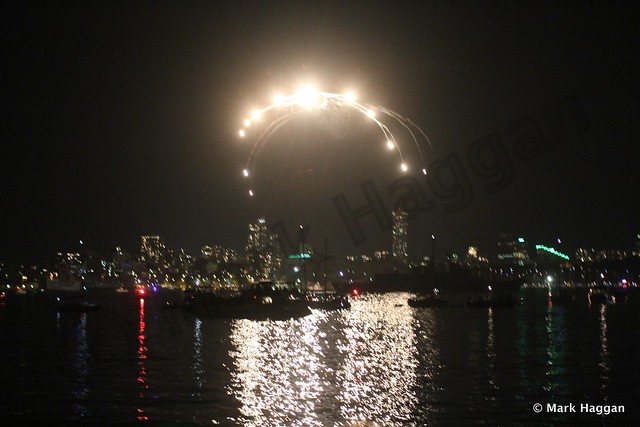 Some of the ships from the Fleet Review became the home to some of the firework displays, with HMAS Stuart near us launching all sorts of pyrotechnics. 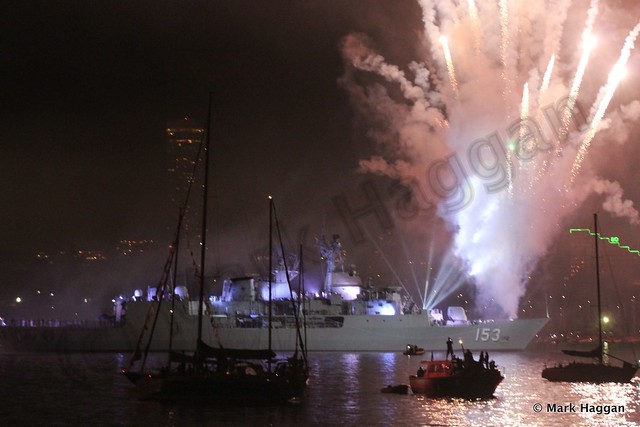 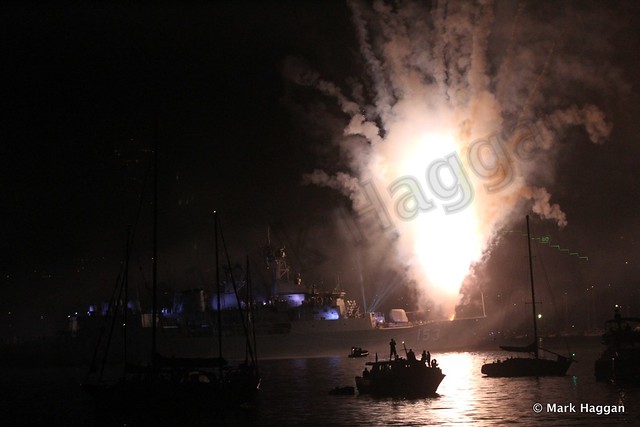 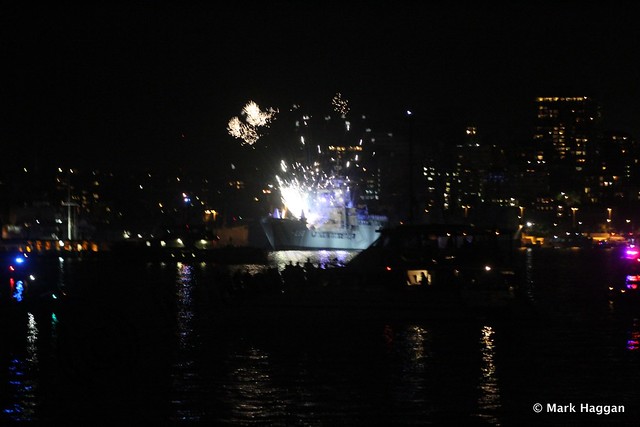 The display went for miles up and down the harbour, and the huge ships looked small relative to the size of the show. 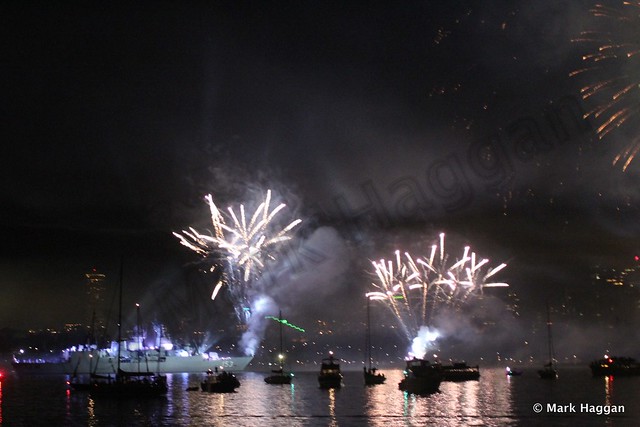 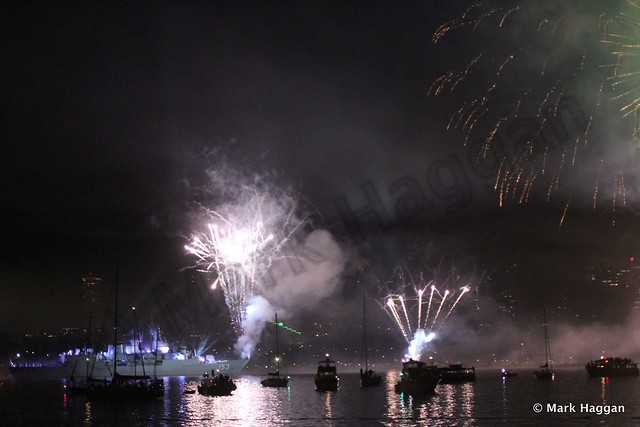 The whole sky up and down the harbour was awash with flame and light. 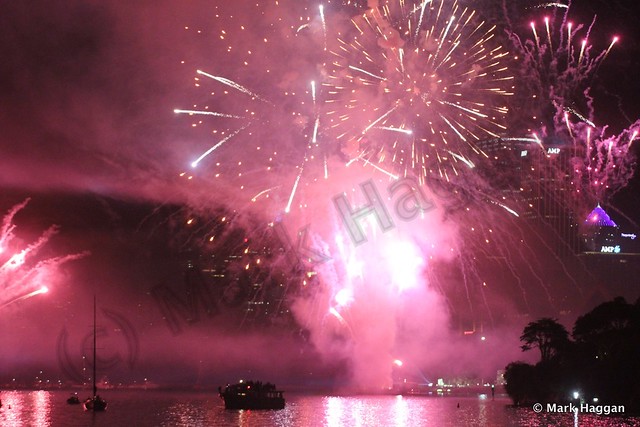 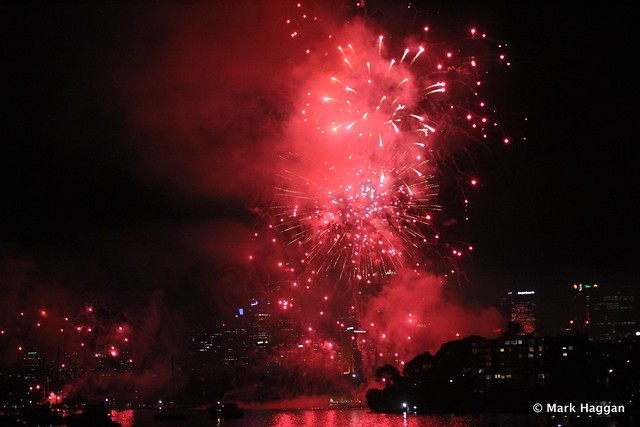 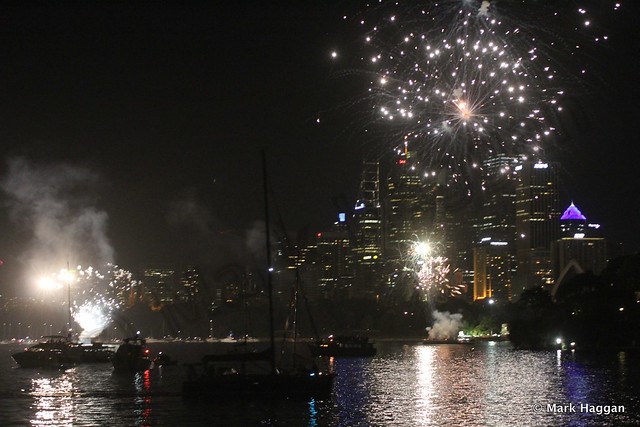 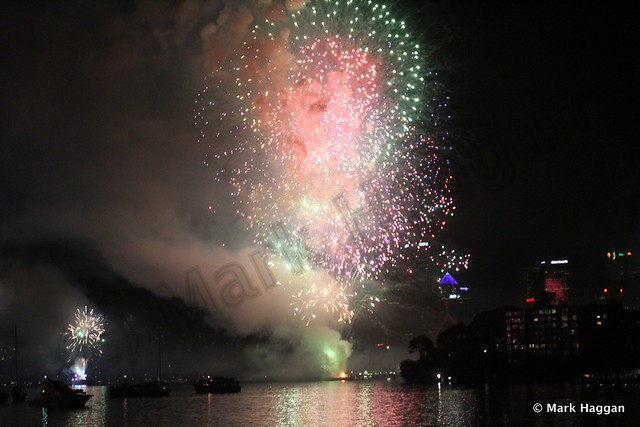 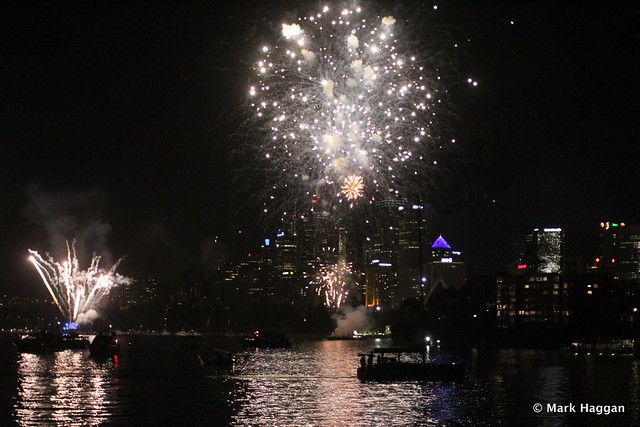 The various Sydney landmarks looked impressive lit by the fireworks. 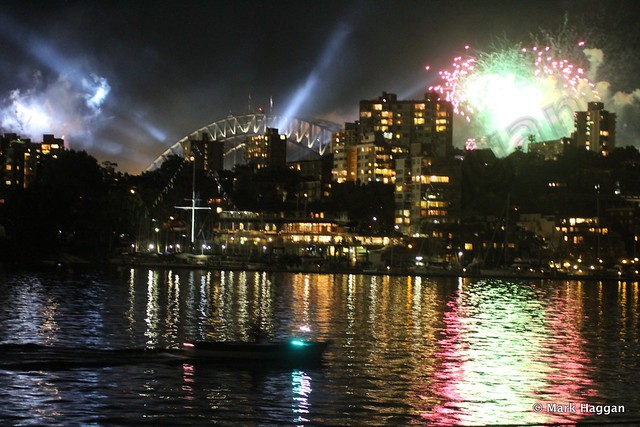 I was too busy enjoying the display to take too many videos – or, for  that matter photos – and the whole display did take half an hour.  I did, though, take this short clip to give you an idea of the size and scale.  You can imagine this going on for half an hour, and ramping up in parts.

It’s worth looking for a professional view of the whole display, as it was quite a show.  I’ve seen some great displays before, like the New York New Year fireworks, but this was certainly something to remember.