I have recently commented on the 2013 International Fleet Review warships, fireworks and air display from Sydney 2013. The activity also included a number of tall ships, with ten from Australia augmented by six others from four countries, including the STS Lord Nelson from the UK. The tall ships sailed into harbour in Sydney on the 3rd October, the day before the warships, so that there was time to view these wonderful craft. 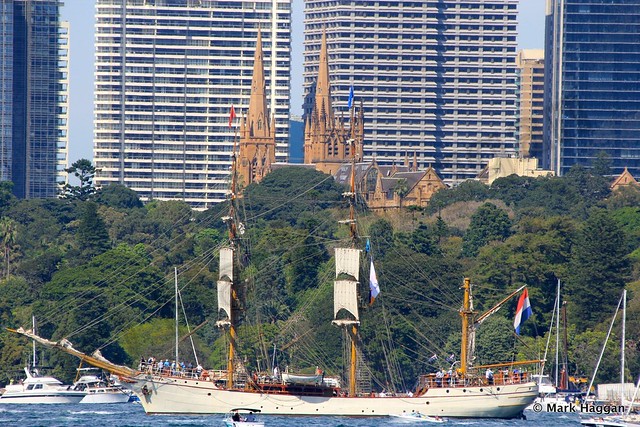 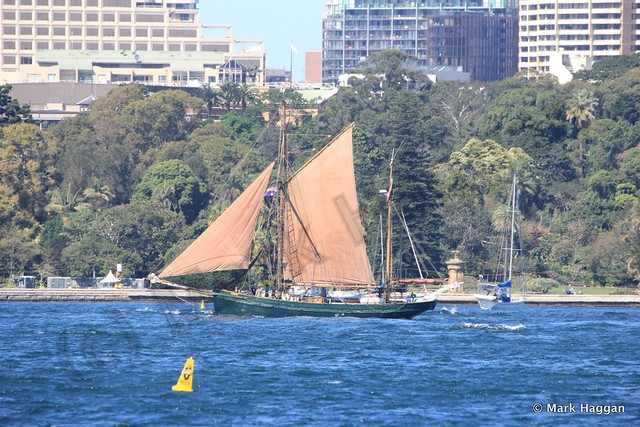 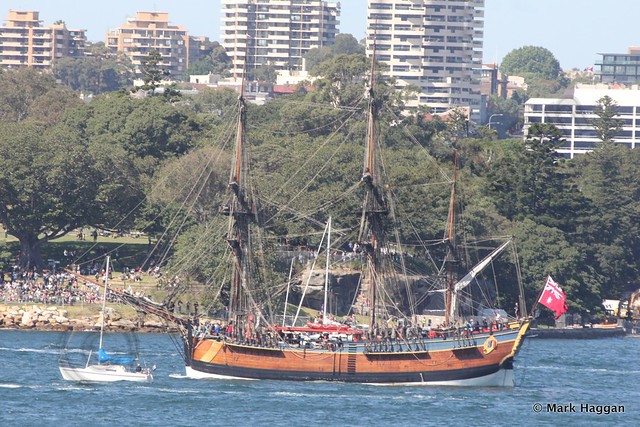 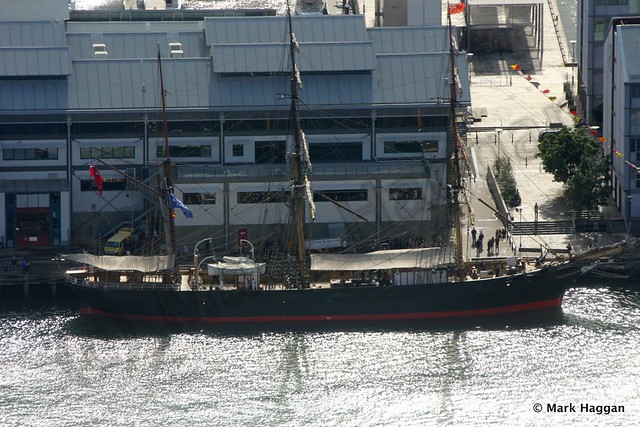 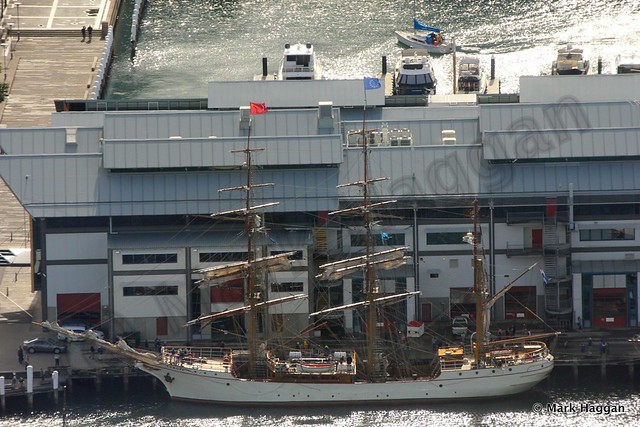 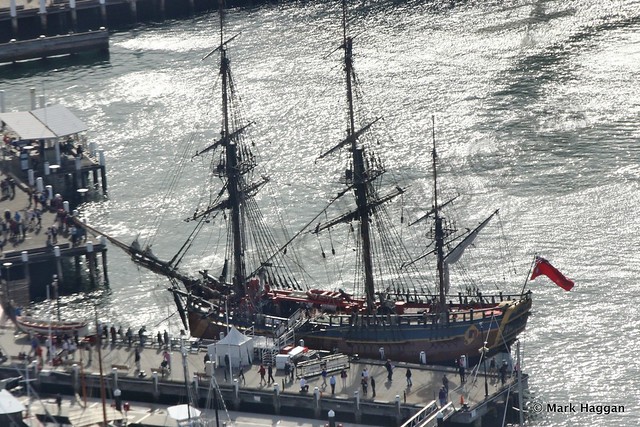 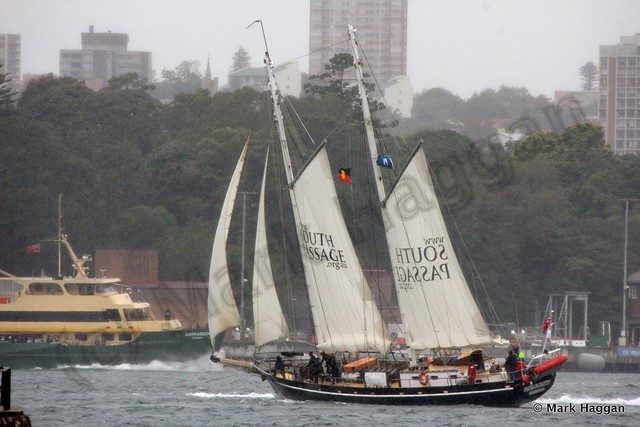 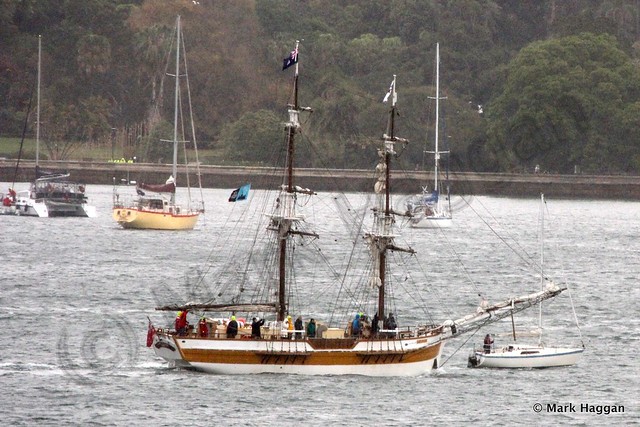 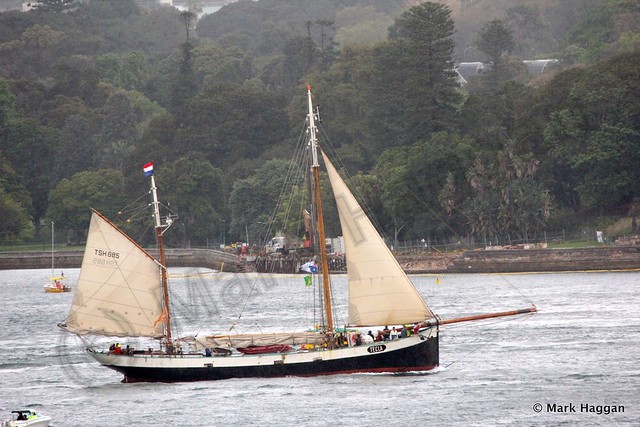 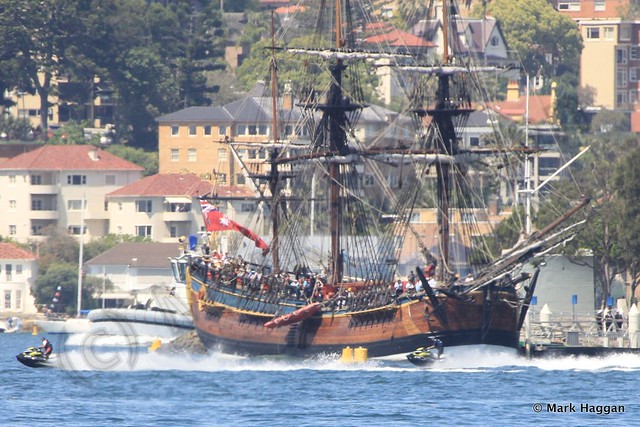 The tall ships made an interesting sight, criss-crossing the harbour alongside the normal water traffic, with the Sydney harbour ferries in operation around them, as well as some of the larger vessels that stop here. 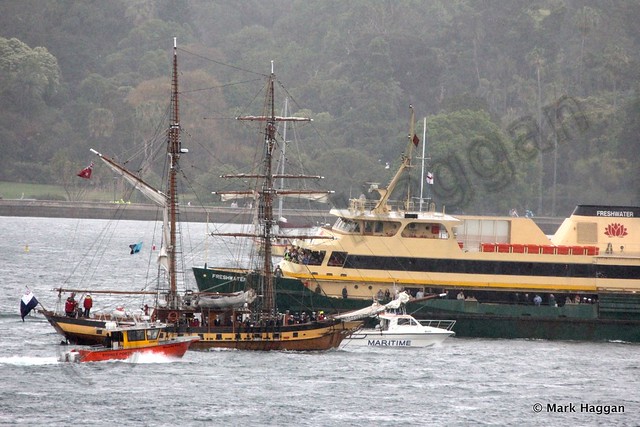 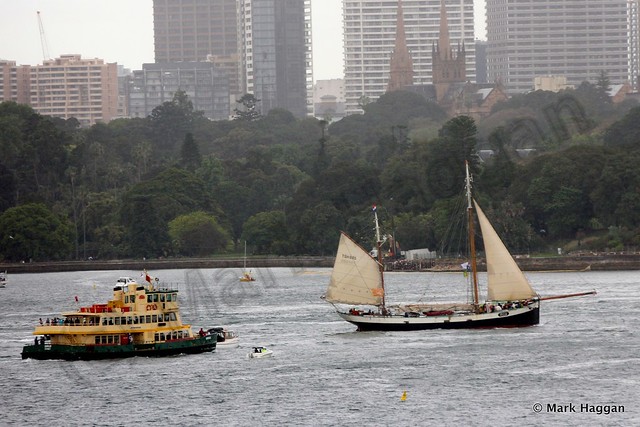 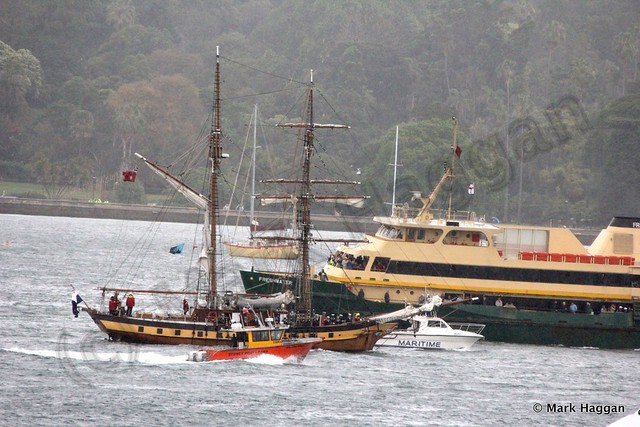 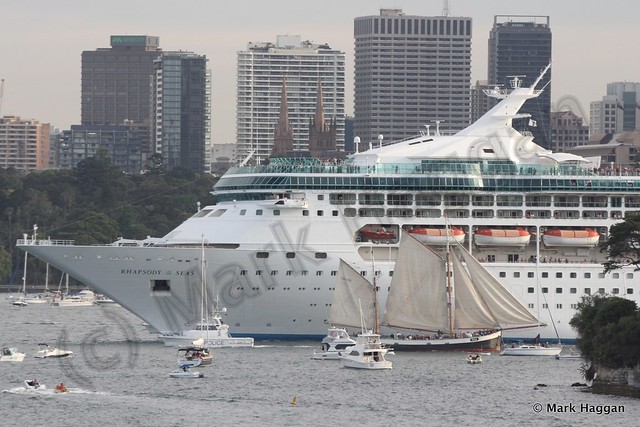 Of course, the arrival of the warships the next day made the harbour even busier, and the sight of the tall ships moving along the harbour area alongside not only the regular Sydney Harbour traffic but the various warships that made up the International Fleet Review was something to behold. I do not imagine that the waterways of the city will look quite so busy for some time to come. 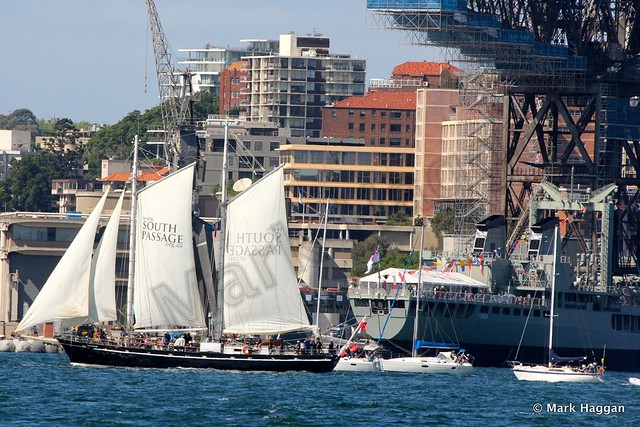 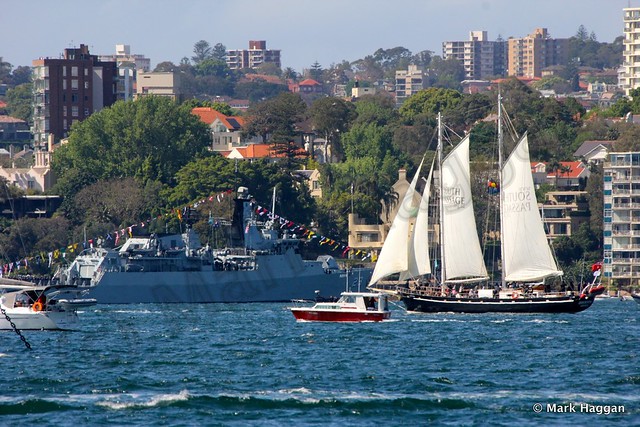 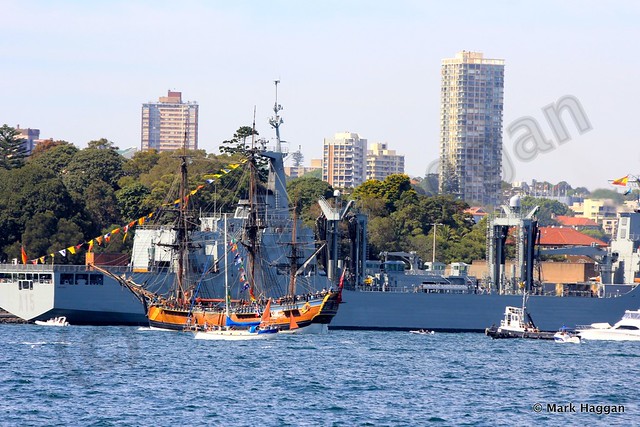 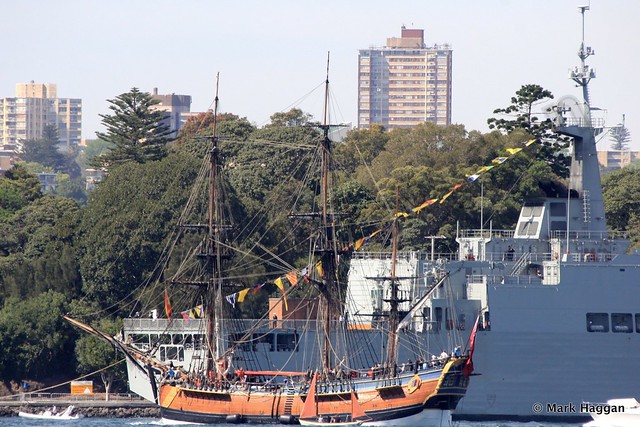 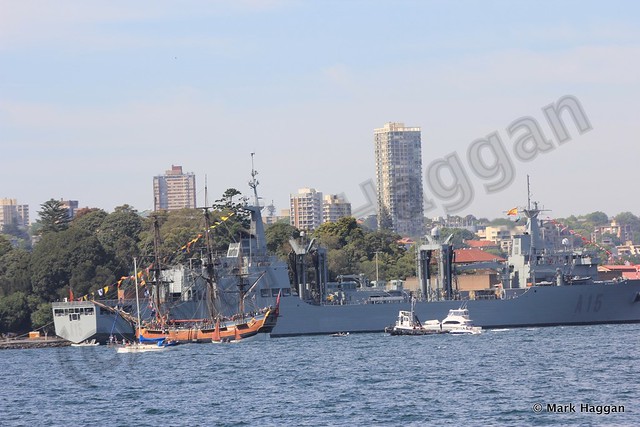 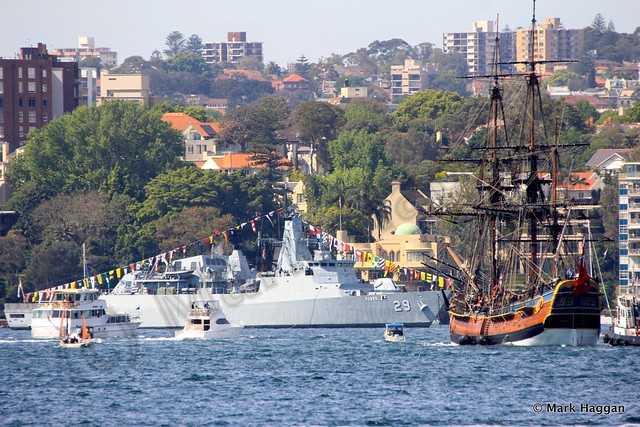 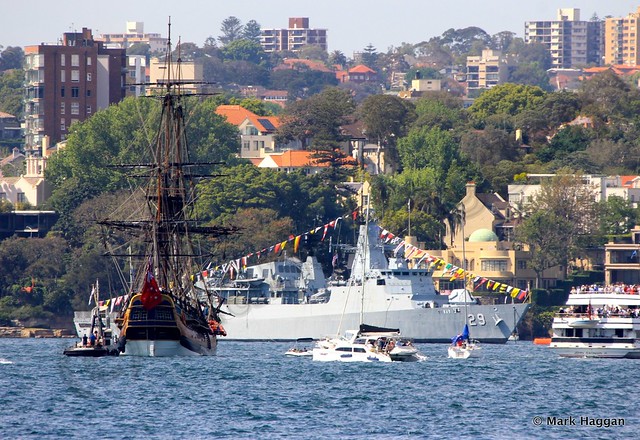 The tall ships remained in Sydney for a week, over the holiday weekend, which gave locals and visitors alike plenty of time to visit the ships and to see them both from on the land and from the sea. The popularity of sea based travel, with the ferries transporting people from Circular Quay, meant that it was easy to sail around the harbour and see some of these close up.

Another part of what was quite a remarkable few days in the history of Sydney.