Among my various exploits in Australia in 2013 was a trip to the famous Taronga Zoo, and whilst there, I managed to get involved in feeding penguins there. Many people associate penguins only with the colder climates of the world like Antarctica, and of course there are several species of penguins who are native to this area, including the larger birds like King and Emperor penguins. However, a number of the species live in warmer climes, and I have, for example, visited African or Jackass penguins in South Africa, and I have previously sponsored a Humboldt penguin, which is native to South America.. The most northerly of the penguin species is the Galapagos penguin, some of whom stray ever so slightly into the northern hemisphere, given their equatorial location. 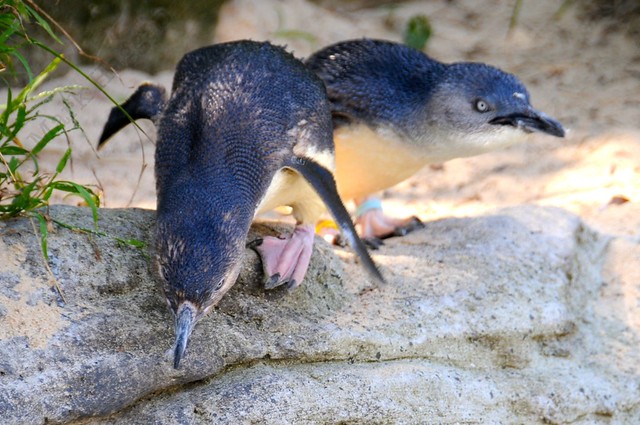 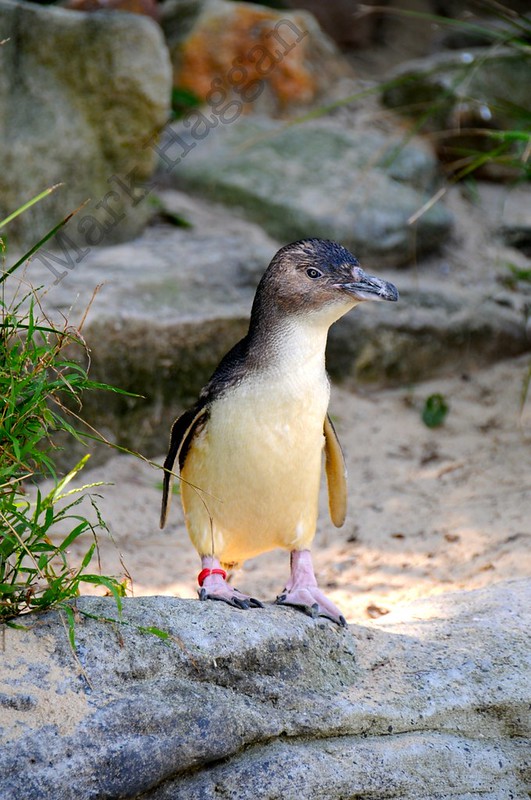 Among the various species is what used to be known as the Fairy penguin, or these days is more commonly referred to as the Little penguin, but also known as the Blue or Little Blue penguin in various places. There are plenty of places in Australia and New Zealand where people can see these creatures, such as the famous Philip Island Penguin Parade near Melbourne. Many people have seen larger penguin species being very comfortable with human visitors to their homes in Antarctica. Species like the Emperor penguin have no natural land predators, and as such, are often curious about humans. The smaller penguins which generally live in more populated areas – as the creatures broadly following Bergmann’s rule, with the larger species living in colder climates – have more land based predators as diverse as seals, foxes and domestic cats. Therefore, these penguins are more likely to be wary of humans. 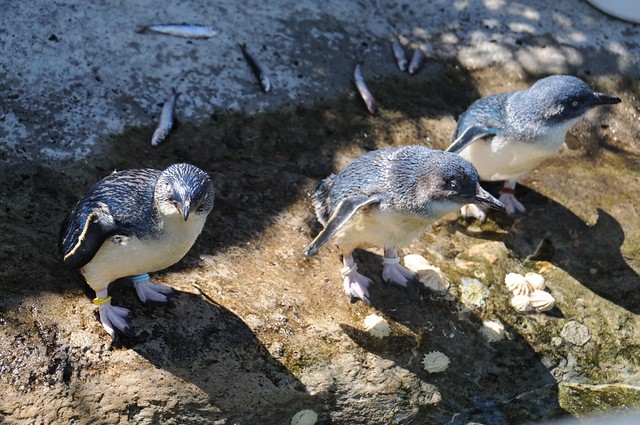 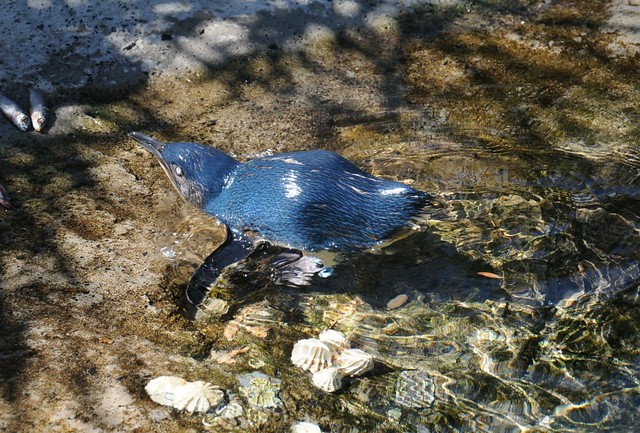 Taronga Zoo in Sydney is an impressive place, based on a hill with great views across the harbour. We arrived and took the cable car to the top of the park, and made our way down through the zoo to get to the exit. On the way, we managed to stop off and get involved in feeding time with the Little penguins there. It was a great experience, giving these fantastic little characters their lunch, which meant sitting still in their enclosure and doing my best not to disturb them as they hopped around me to get their meal. I am a big fan of penguins, and this was a fantastic opportunity to get close to them. This was certainly one of my highlights of my antipodean visit. 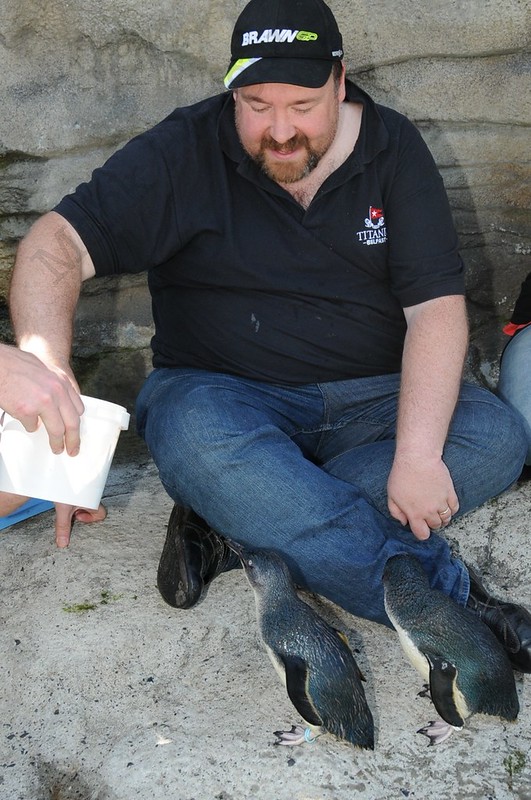 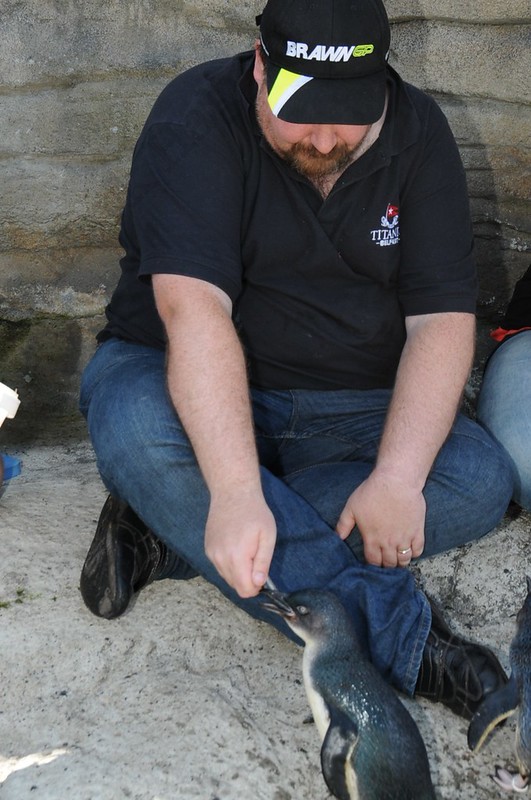