I have written recently about travels in the Middle East and in North America, as well as tales of travel in Ethiopia and odd happenings in Singapore, and in doing so, it is easy to forget about the splendour and beauty that is much closer to home in the UK. As well as natural beauty, the UK has an abundance of historical sites that date back not just hundreds but sometimes thousands of years, and it is quite remarkable sometimes standing at a location and thinking about just how long the particular monument at which you gaze has remained largely unchanged. One such location is the Castlerigg Stone Circle in Cumbria.

If you are not familiar with the stone circle, then it is a circle of stone (oddly enough) approximately 30m wide (varying from 29.5m to 32.6m), made of local metamorphic slate. The largest stone is estimated at weighing around 16 tons, making it quite a feat to put in place 5000 years ago, during the Neolithic period, when this was most probably built. 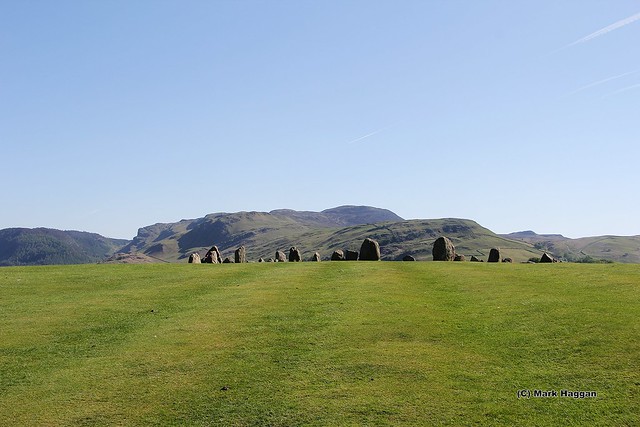 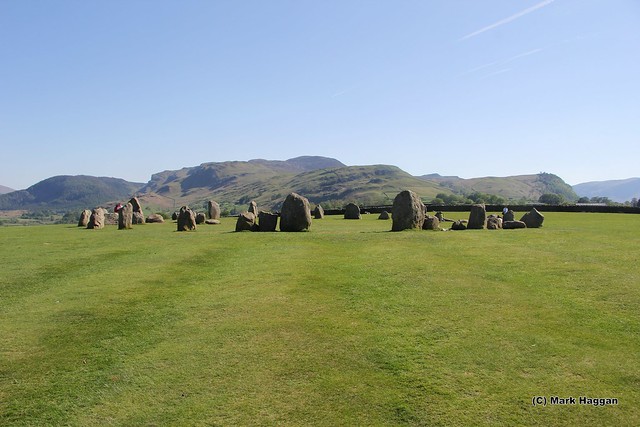 There are approximately 1300 stone circles in the British Isles and Brittany, but the location makes Castlerigg one of the most famous, with a reputation for its scenery. It is located in Cumbria, not far from Keswick in the Lake District, and benefits from the striking mountain Blencathra, or Saddleback, in the background. 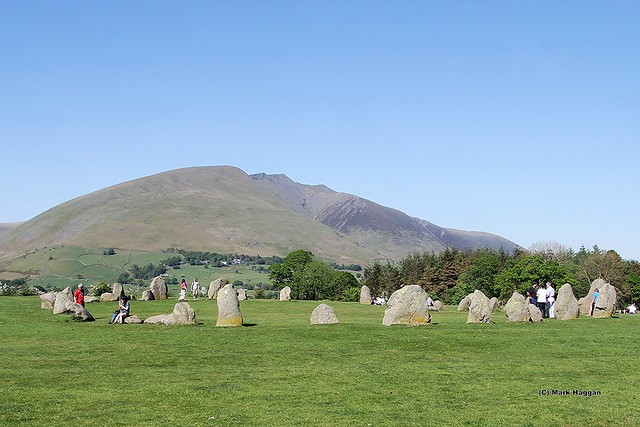 There are approximately 40 stones making up the circle. You may consider it odd to have an approximate number given it is a relatively low figure, and rather than me or archaeologists being just a little lazy in counting the number, it is more to do with the local tradition that it is impossible to count the number of stones, as each census will reveal a different number. The reason for that is that there are a number of smaller stones that have been unearthed by soil erosion by the number of visitors at the site, and there is debate over which of the stones count as parts of the circle, and which ones count as packing stones to support the rest. 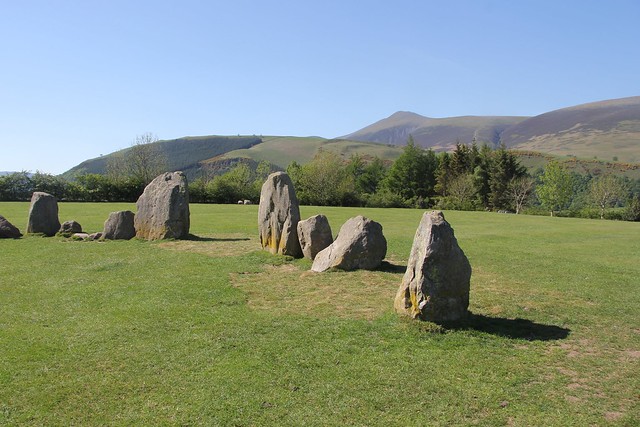 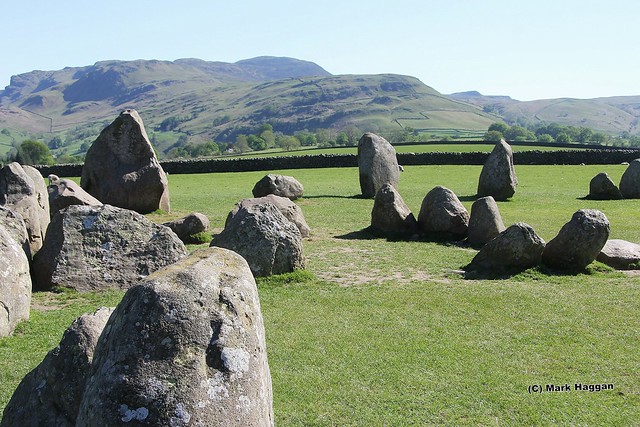 The site has a solar alignment, and I am still impressed at the ability to design such a thing 5000 years ago by our ancestors. Sunrise during the autumnal equinox appears over the top of nearby Threlkeld Knoll. It is believed that some of the stones are aligned relative to the position of the sun and moon.

The site was scheduled as an ancient monument in 1883, affording it a legal status and protection, and making it one of the first sites in the UK to enjoy such a position. In 1913, Canon Hardwicke Rawnsley, a founder of the National Trust, helped to organise a public subscription to raise funds to buy the field and the stones that it houses to conserve the site and for the public interest. 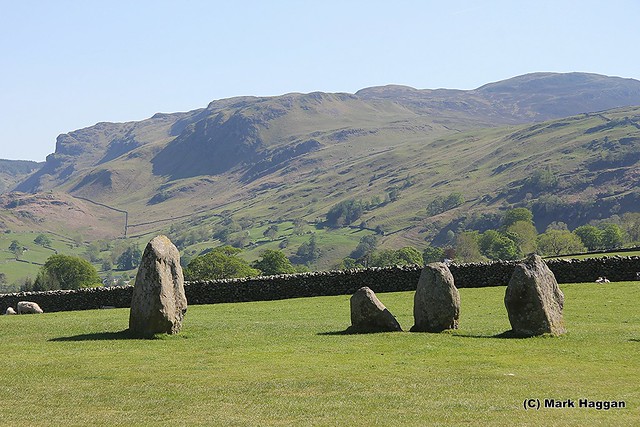 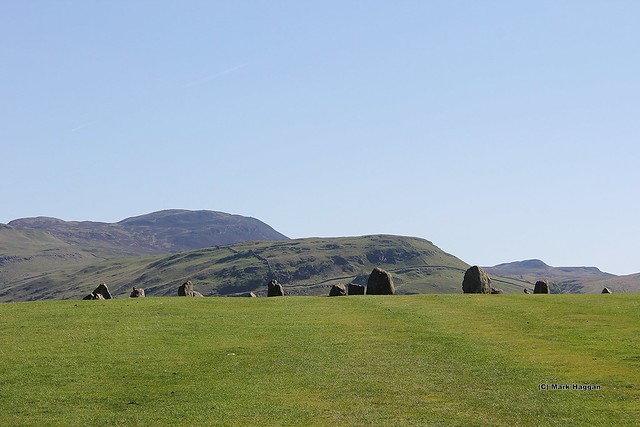 The UK is lucky to have a number of organisations that look after ancient monuments, like The National Trust, and also English Heritage, the custodians of the site. I am a big fan of English Heritage and their sites, as they manage not just to conserve such sites and provide public access, but also to inform and educate about the sites and their history in a way that is easy to consume, and I find them to be consistently helpful and friendly, with upbeat and positive staff at every site that I have visited – for sites unlike the Castlerigg Stone Circle the have staff – and I have visited many. They also have a sensible dog policy, where many of their sites allow access to dogs on leads to the grounds, meaning that I can visit with my family, and as long as one of us waits outside with Berta, or for smaller sites, that we take turns going inside, then we can enjoy the beauty of our heritage as a family day out. 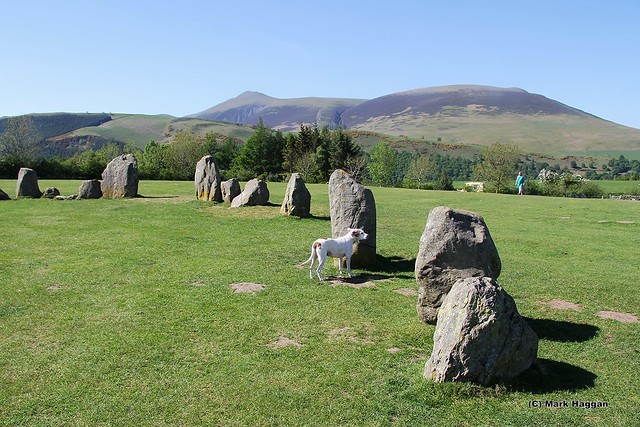 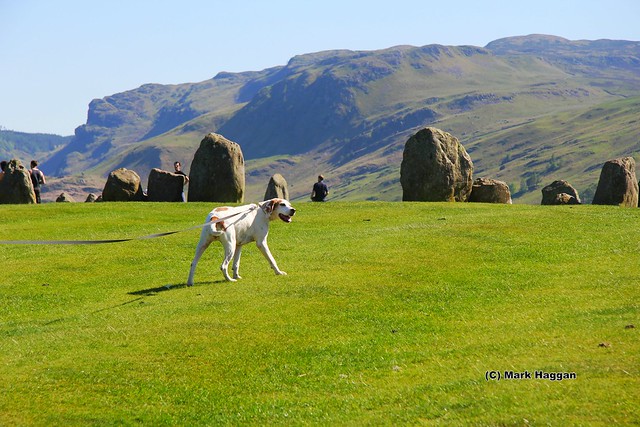 This is one of many English Heritage sites that Berta has enjoyed exploring with us, and she can be often seen studying ancient monuments in the same quiet contemplation as the rest of us. 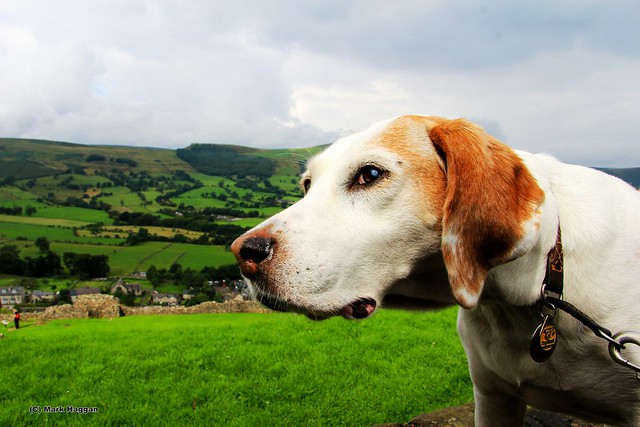 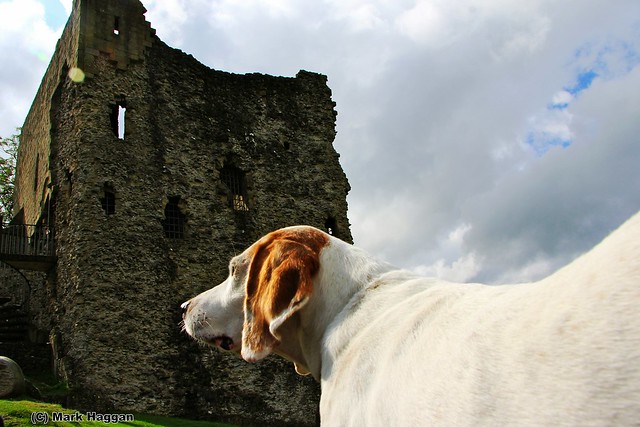 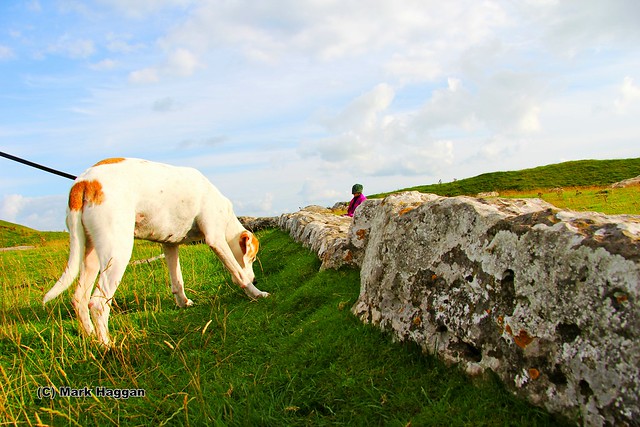 If you are in the UK, as a resident or a visitor, take a look at the English Heritage website. Many of their sites, like this one, are free to visit and easily accessible, and others have a small charge. There is a wonderful series of historic monuments, building and other sites across the country, and you might surprise yourself in just how much you enjoy visiting them.