I wrote recently about the wonderful Castlerigg Stone Circle as managed by English Heritage, which is one of the UK’s prettiest ancient monuments, and is in the form that most people assume with a stone circle, with the stones standing in a circle. There are other sites where the stones are in a different arrangement, such as Arbor Low in Derbyshire’s Peak District, where the stones are to be found lying on the ground rather than standing up. 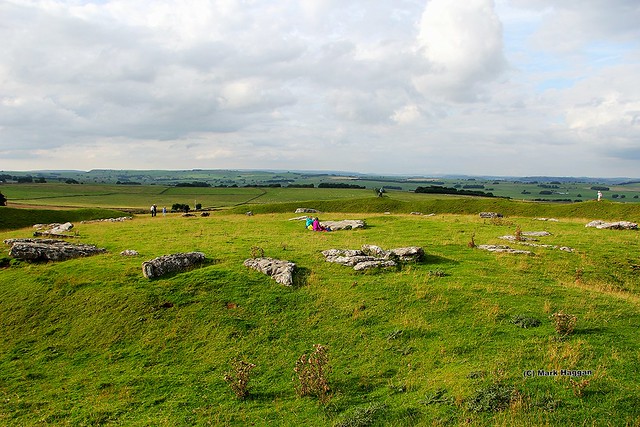 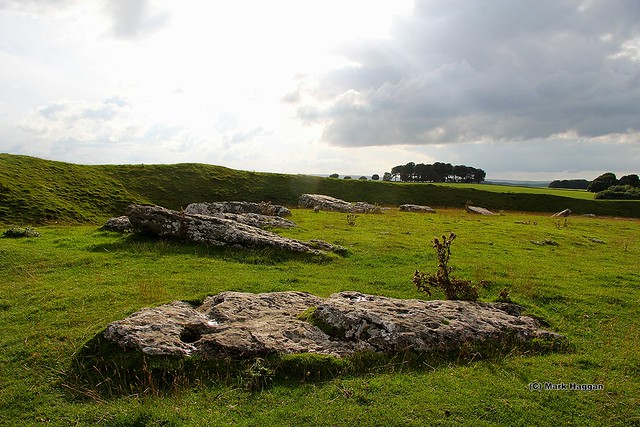 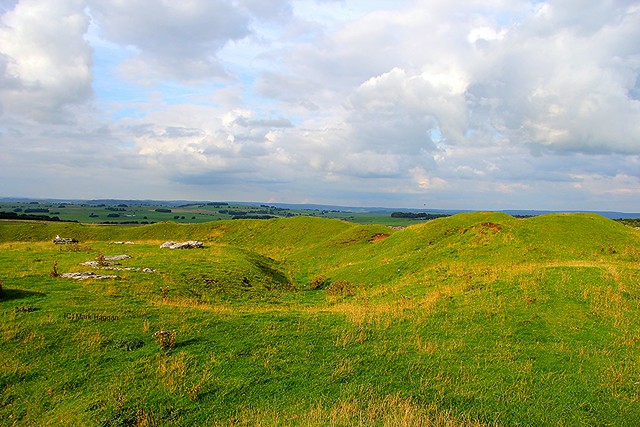 There are about 50 stones at Arbor Low, all large limestone blocks, which were quarried locally, and which form an egg shape, with a large pit at the north entrance, which may have contained a stone. Some of the stones are broken. The stones are surrounded by an ovoid earthen bank, which is about 2m high, with an internal ditch which is again about 2m deep. 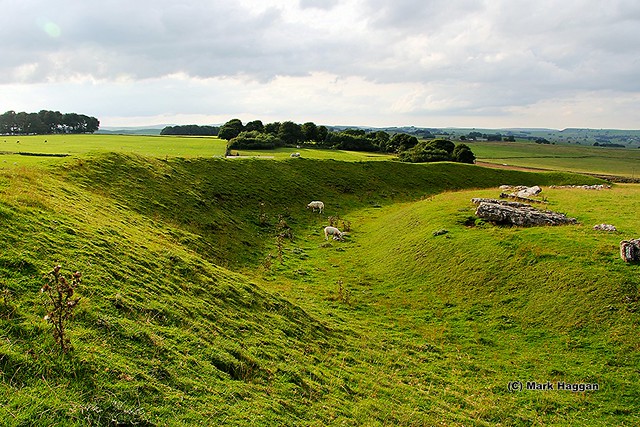 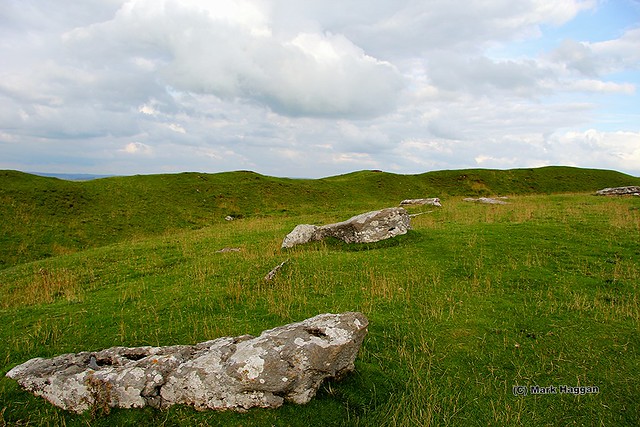 The site is entered across the ditch by a causeway on either side, one to the North West, and the other to the South East.

Like Castlerigg, Arbor Low was one of the first ancient monuments to be scheduled in the UK in the late nineteenth century, giving it statutory protection. If you look closely at the smaller stones around the site, they are engraved with the letters VR and GR – Victoria Regina and Georgius Rex – showing the protected area.

When the site was excavated in the early 20th century, human remains were found within the circle of stones. To the east of the circle, a cairn was excavated in 1845, and found to contain a cremation burial, together with grave goods, which are now on display in Sheffield Museum.

There is an oval Neolithic barrow, Gib Hill, nearby, and the two sites are closely related. The land is maintained by English Heritage, however, the land is independently owned, and the farmer charges a very reasonable £1 for adults to visit the site. 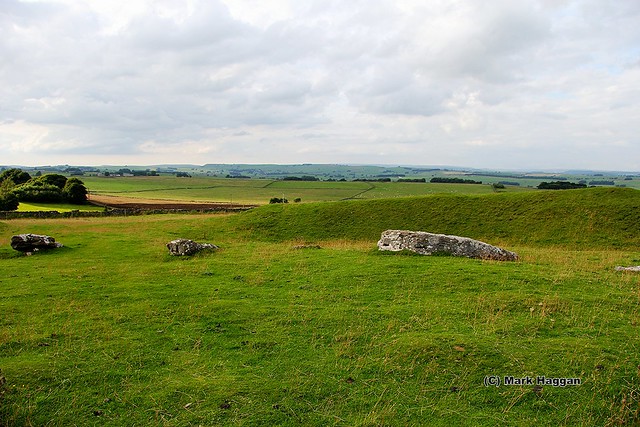 Like most outdoor English Heritage sites, dogs are allowed to visit if on a lead, and this is another one of the many English Heritage sites that Berta has explored, sniffing around the site. When we went to Gib Barrow, she was chased off by a rather protective sheep, and seemed somewhat peeved at the sheep not understanding the natural order of sheep and dogs. Berta made the valiant decision to defer to the local and allow him to exert his position as top sheep.

There are many, many sites like this across the British Isles, and many of them are relatively easy to access and are either free to visit, or like this, have a very small charge. The English Heritage website lists their sites, and there are others too that are most interesting to visit. If you do get a chance, do pay some of them a visit, you will find them interesting.