The World Superbikes 2015’s stop in the UK was to Donington Park, a popular track among bikers, and for me, there was the extra interest that the rider leading the championship, Jonathan Rea, grew up in the same town as me, and even went to the same school as me.  I went along, and of course, it was clear who I would be supporting.  Given his fantastic start to the season – the first ten races had seen eight wins and two second places – we were hopeful of a good result at Donington.

We watched qualifying on Saturday, and as expected, the Kawasaki riders were leading the pace, although it wasn’t Rea who took pole, but his team mate, Tom Sykes, with Rea second. 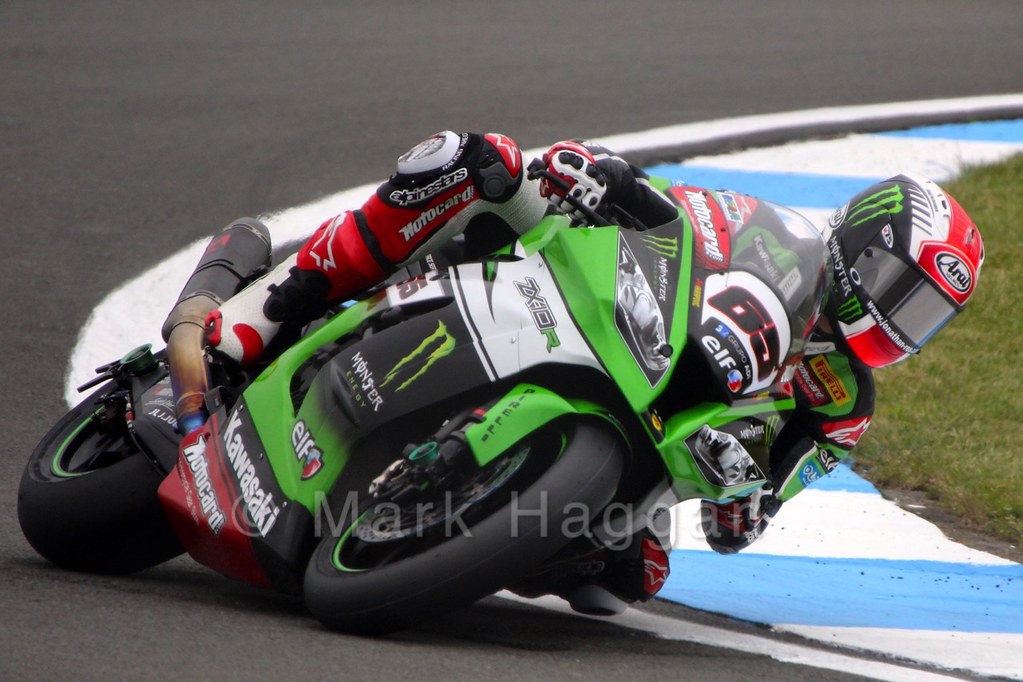 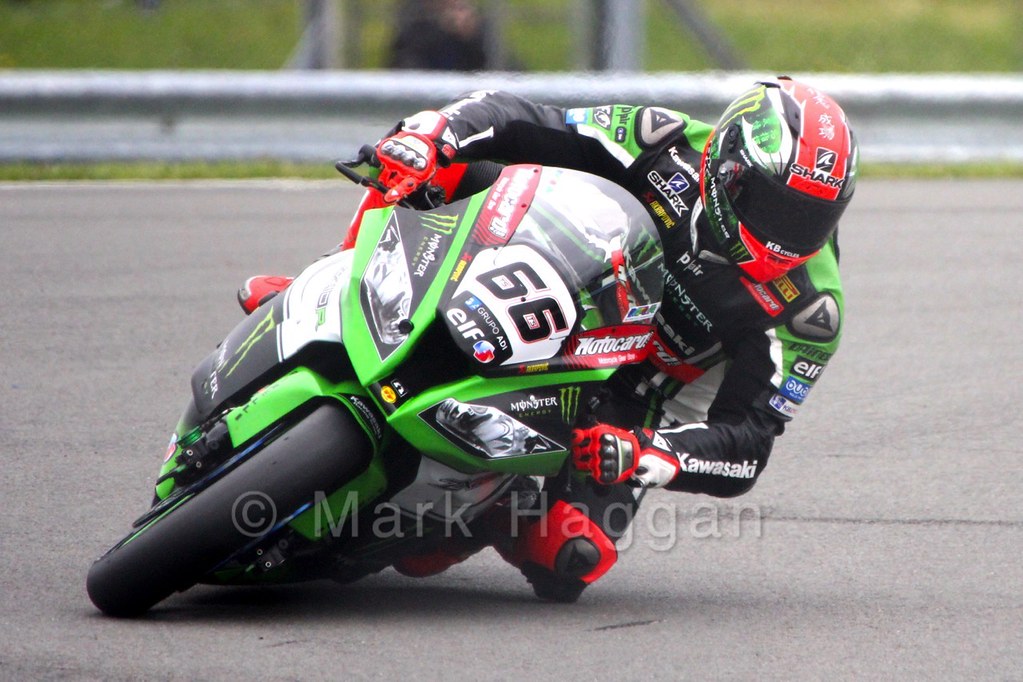 An early return to the circuit on Sunday for the races saw overcast skies but a warm day, although for the first race, it felt that rain might not be too far away. The riders and the bikes soon appeared, and Sykes took his place at the front of the grid, ready for the race. 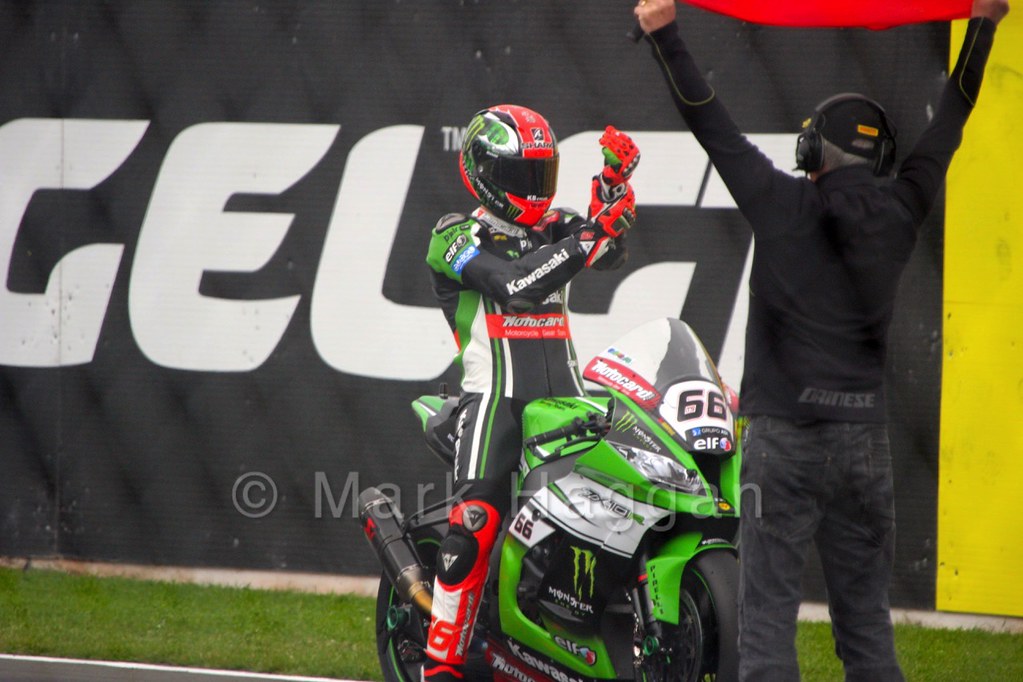 The race started, and as expected, it was mainly a battle between the two team mates for the lead, with Sykes and Rea swapping places through the race, until the two touched at Goddards, leaving Rea in the lead. However, Rea allowed his team mate to retake the lead, and Sykes took the win, with Rea behind him, and Chaz Davies completing an all British podium. 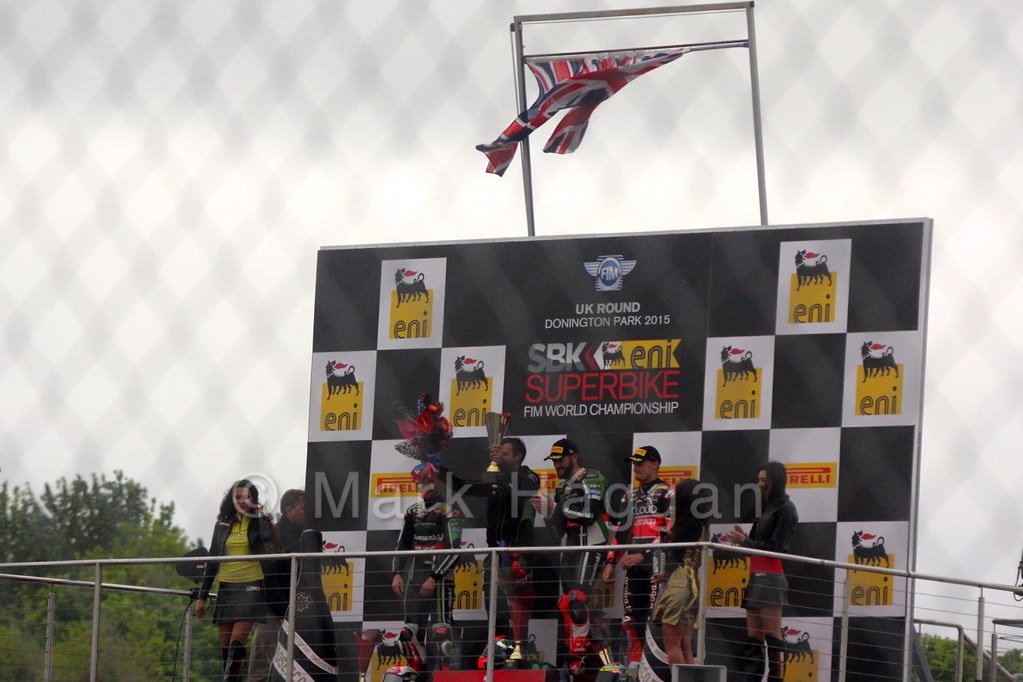 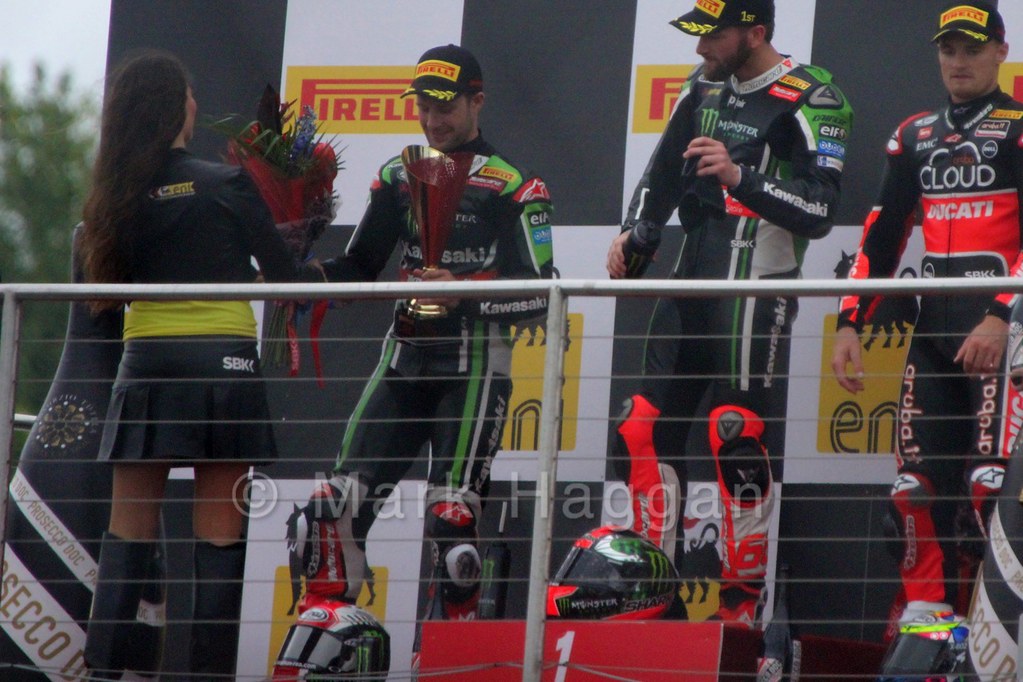 The Prosecco was soon flying, and everyone apart from the three riders quickly made their way off the podium and to safety from the spray of the wine. 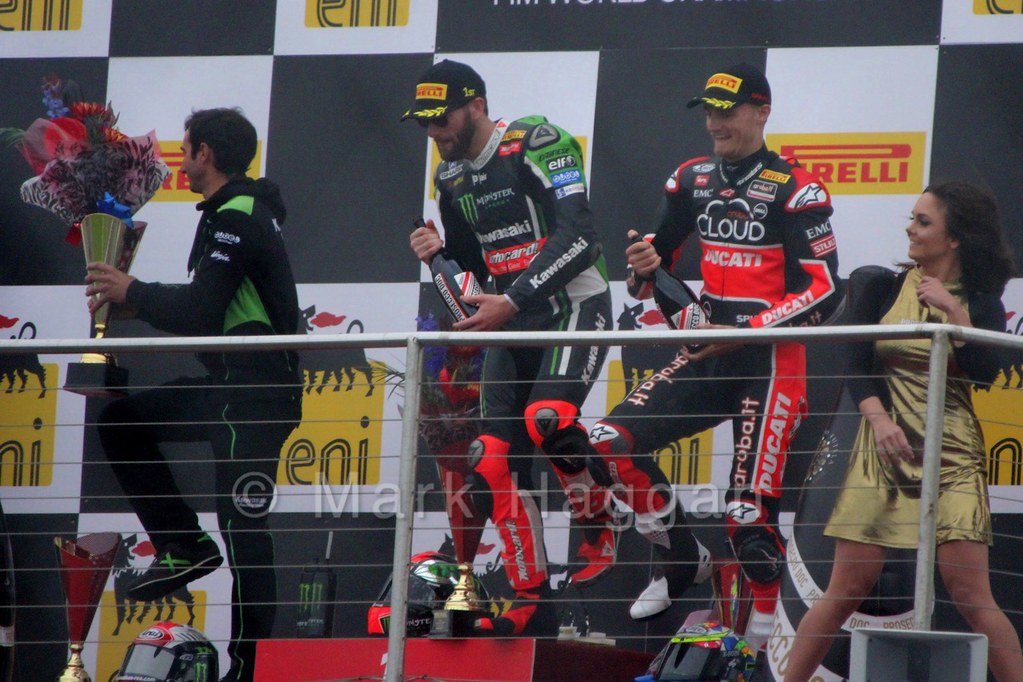 Although the race will probably be best remembered for the battle between the top two, there was plenty of action through the field. We watched Roman Ramos run off at the end of the Wheatcroft Straight by Redgate corner, where he stopped in the gravel for a few seconds before continuing. 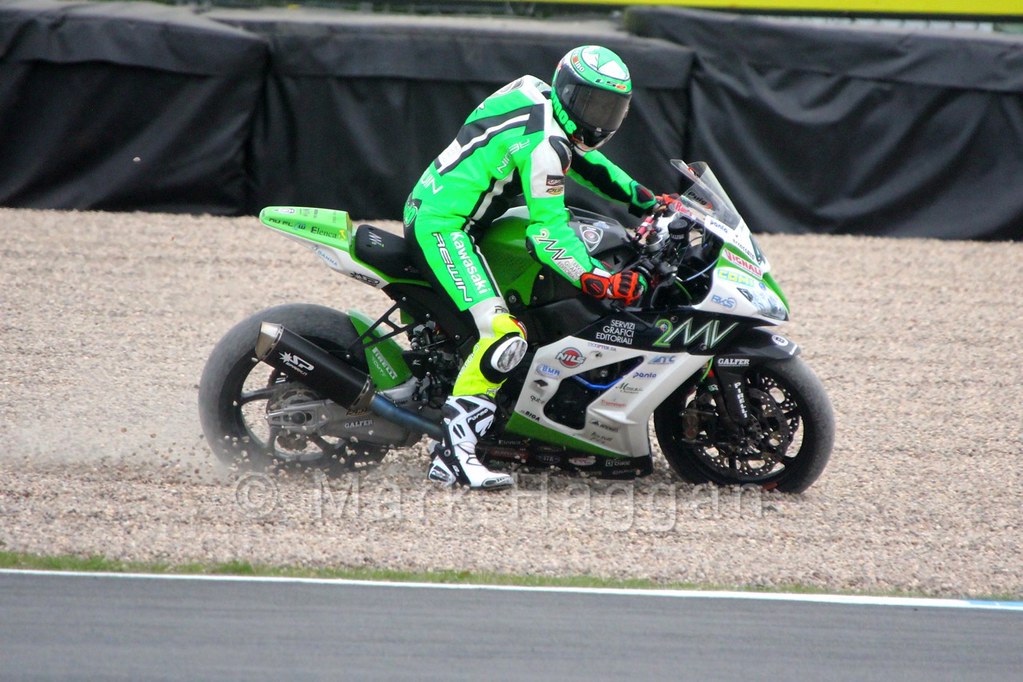 At the end of the race, team mates Leon Haslam and Jordi Torres congratulated each other on their performances as they completed their slow down laps. 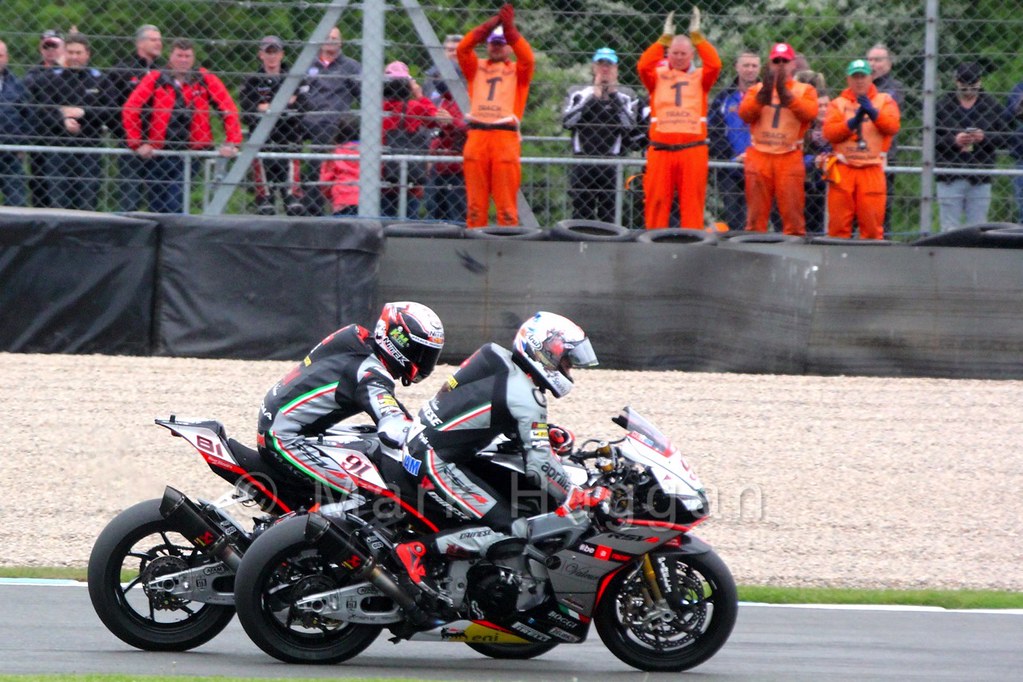 The weather improved before the second race later in the day, and the rain stayed away. We moved around the circuit for a different view point of the second race, and very soon the bikes and riders were back on track. 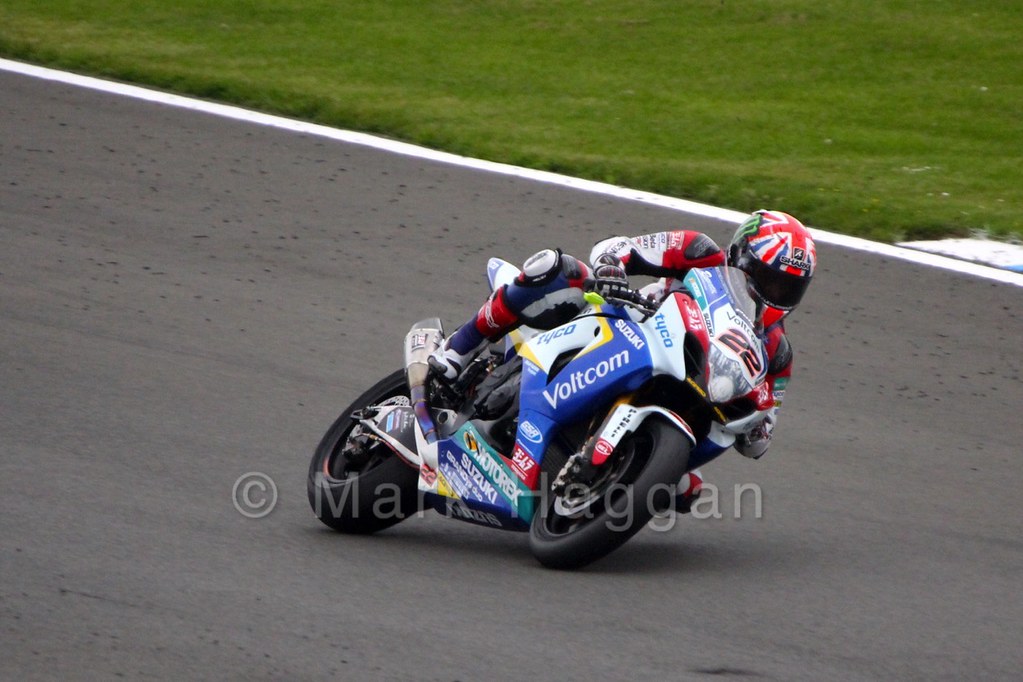 The second race was predicted to be another battle between the Kawasaki riders, and started with Sykes leading Rea again. However, Rea had an incident at Coppice on the second lap that could have ended his race, although luckily he kept going, running in seventh place. The next few laps were a great demonstration as to why he is leading the world championship, as he moved through the field to second place, where he stayed until the chequered flag. Chaz Davies took third, meaning an identical podium to the first race.

Tom Sykes seemed happy with his double victory, as he completed his victory lap. 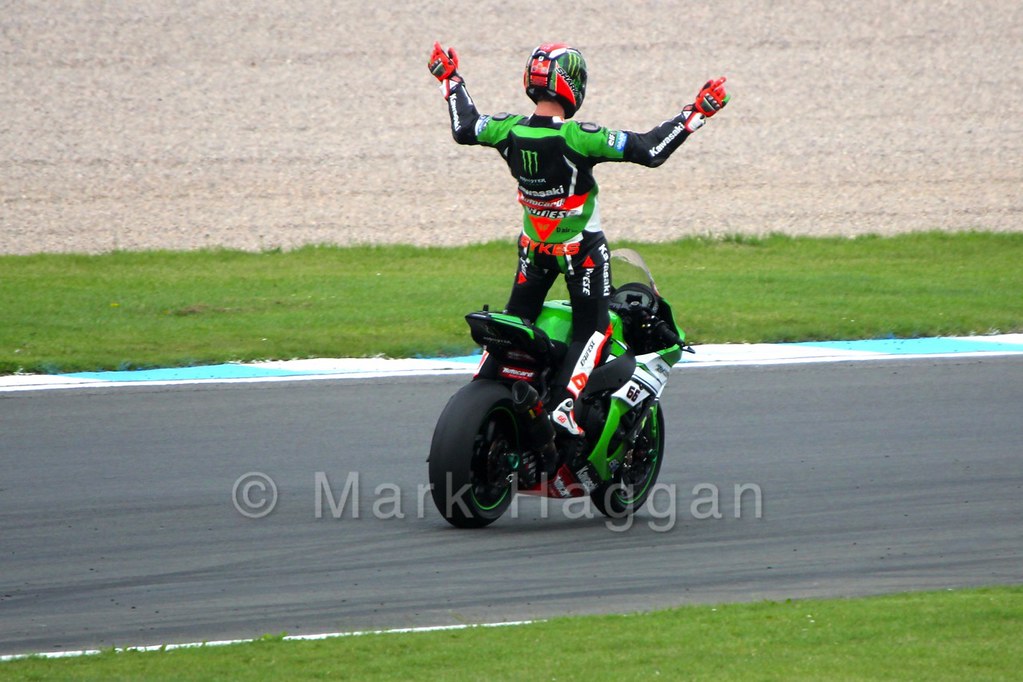 Jonathan Rea had been talking to Leon Haslam as he passed around the circuit until a marshal and some fans brought a large flag to him, featuring the Union Jack and a picture of him, which he stopped and spent some time with before returning to the podium celebrations. 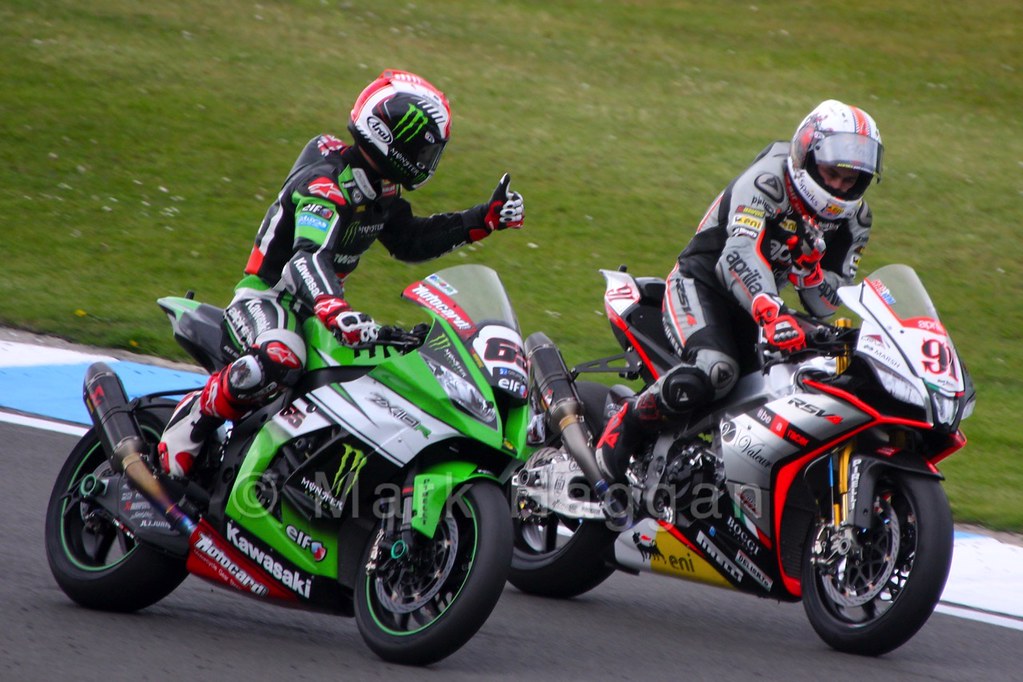 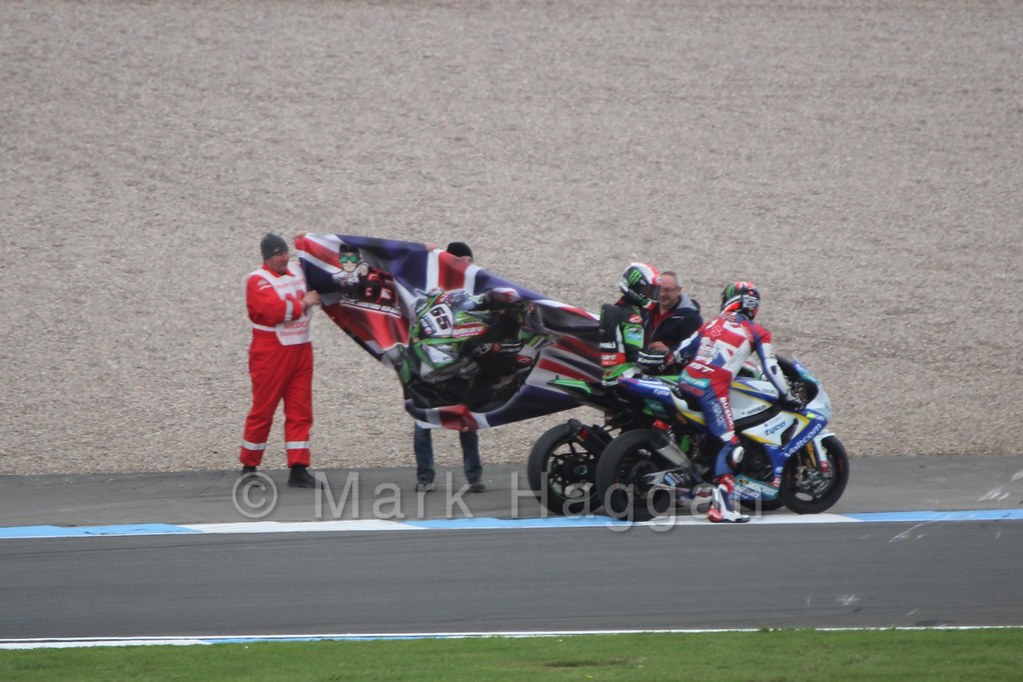 After the weekend, Rea takes a 101 point lead over Haslam to Portugal, and Leon is now only one point ahead of Tom Sykes, with Davies in fourth.

Access to the paddock was – understandably – a bit more restricted than most Donington events, but access was still possible, and spectators could see the bikes in Parc Ferme.

Plenty going on here at Donington.

The normal superb entertainment of support races, like various World and National Superstock events was enhanced with the Royal Navy making an appearance, and my son somehow managing to end up on the end of a winch into a Sea King helicopter. 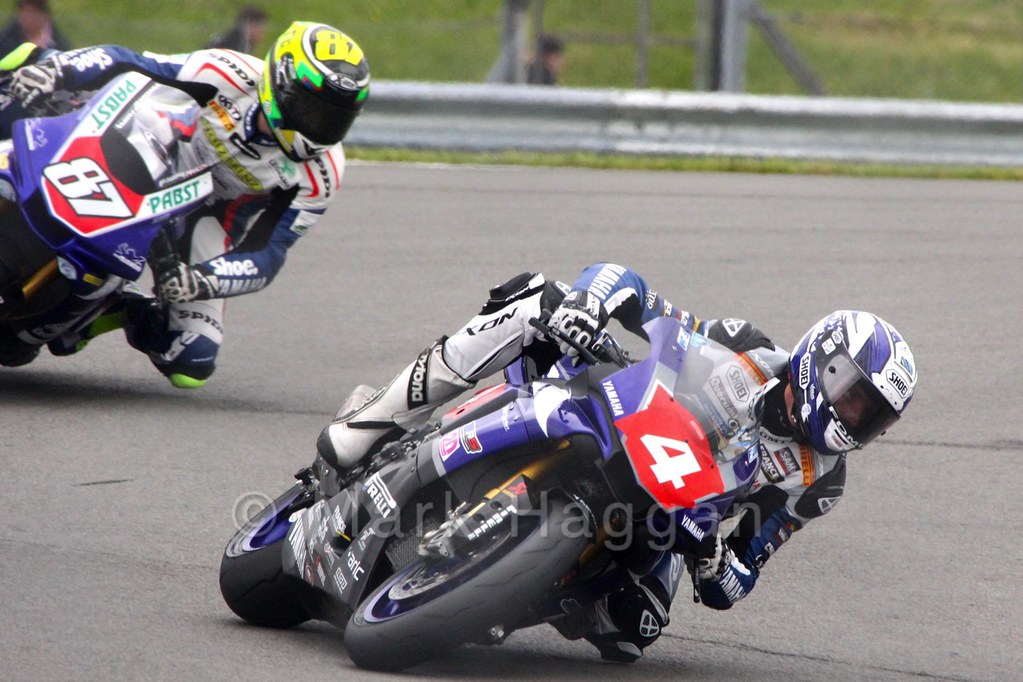 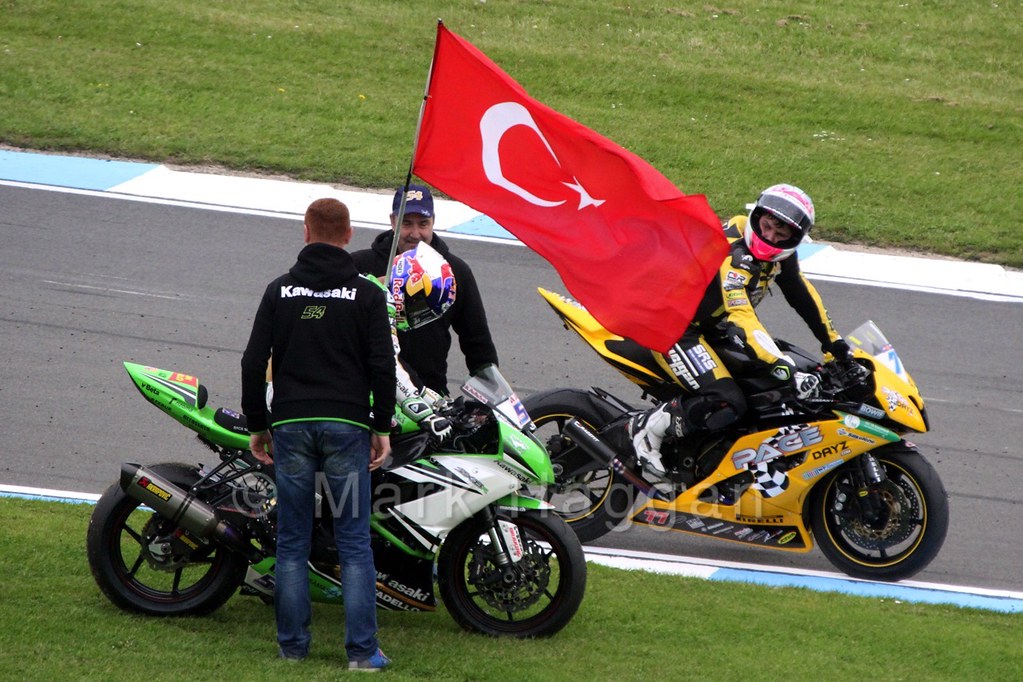 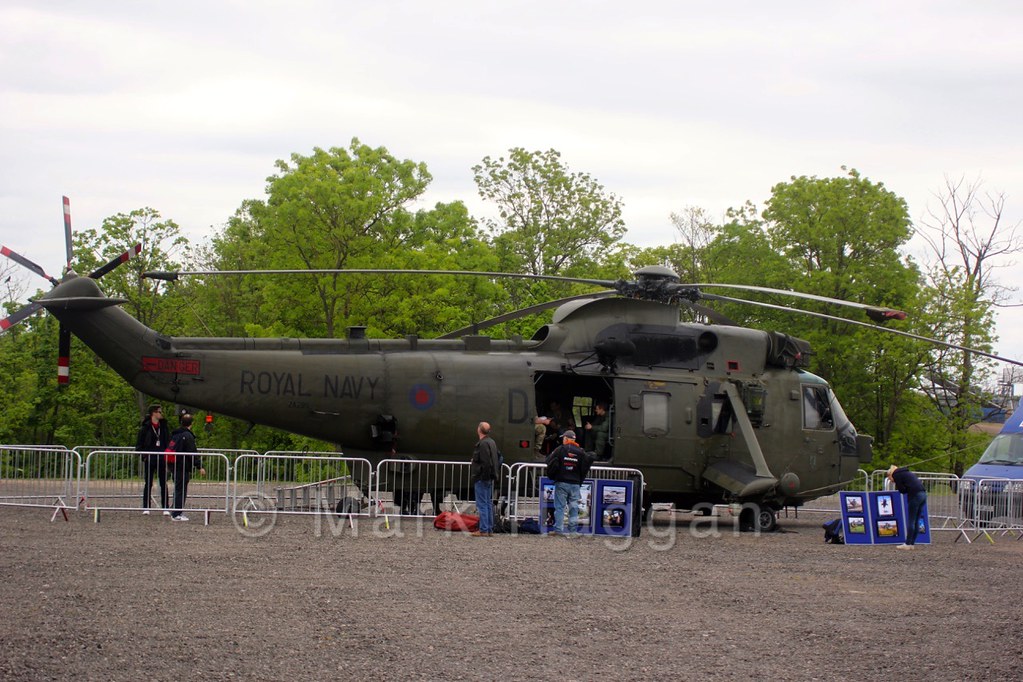 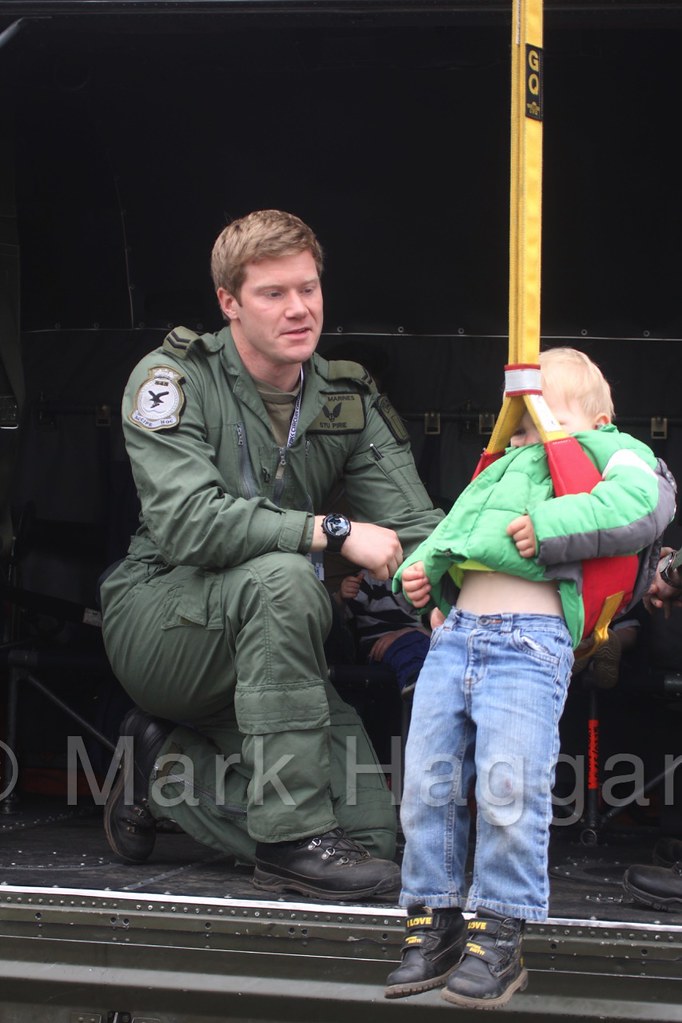 Xander seems to expect to arrive by air at events these days.

He also got to sit on a few motor bikes. He seemed to enjoy that too…