This weekend saw the Rockingham Clio Cup Rounds 2018 as part of the BTCC support package at the Northamptonshire circuit. With the series not heading to Rockingham in 2019, it may be some time before the teams get a chance to return to the circuit.

After a test day on Friday, it was Jack McCarthy who topped the times in qualifying, even with three lap times disallowed due to exceeding track limits, ahead of Bradley Burns, who had one lap time disqualified, and Max Coates, who also lost a lap time.  The three drivers were among the nine in the twenty one car field to fall fowl of track limits.  Second fastest times saw Burns at the top of the table from McCarthy and Coates.

In the first race on Saturday afternoon, McCarthy got off to a good start, but Daniel Rowbottom managed to pass him on the third lap, and held on to take the win, ahead of Paul Rivett and McCarthy.  Coates sustained some damage causing him to retire in the pit lane, his first non-finish in the series since he joined in 2016. That result means that Rivett has closed to be within five points of Coates in the title race.

Sunday started dry but with some showers which did have some impact on the race. After an action packed few laps, it was McCarthy who took the win from Mike Epps, with Coates in third place.

The Clio Cup drivers have a few weeks off now as they do not follow the BTCC teams to Knockhill, but pick up again in September at Silverstone. Coates leads the table from Rivett with Dorlin in third. There are four rounds left in the championship, with two at Silverstone and the final two at Brands Hatch.

In the meantime, here are some photos from the action at Rockingham.. 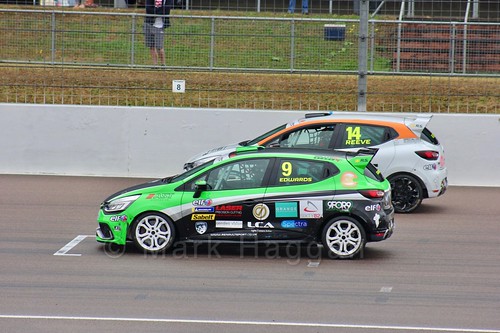 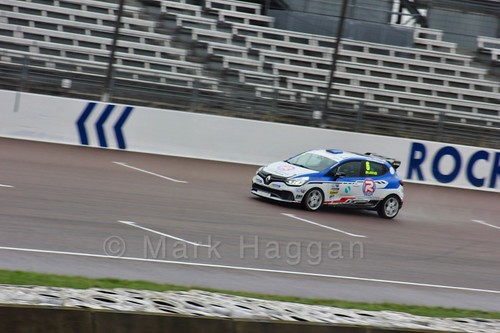 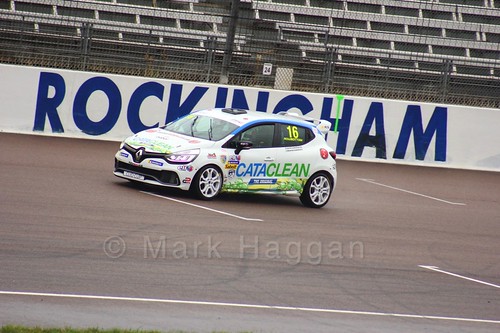 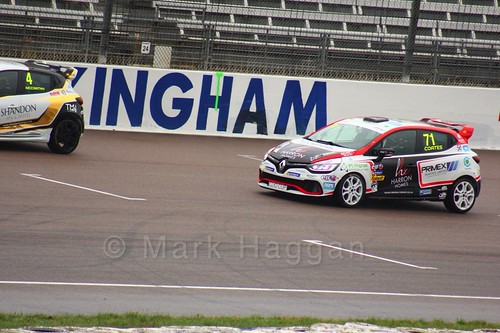 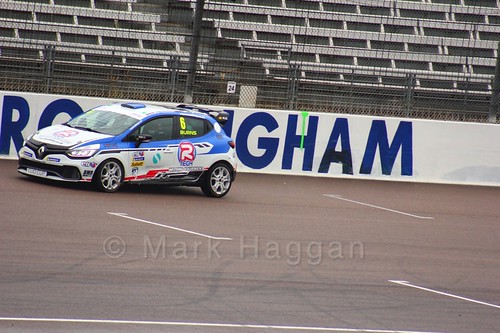 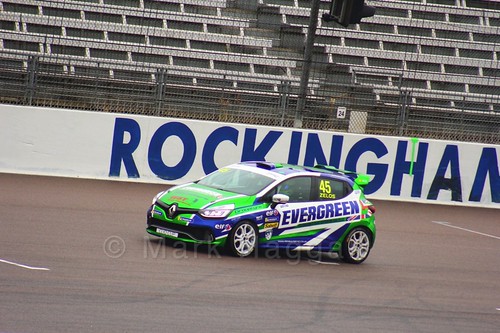 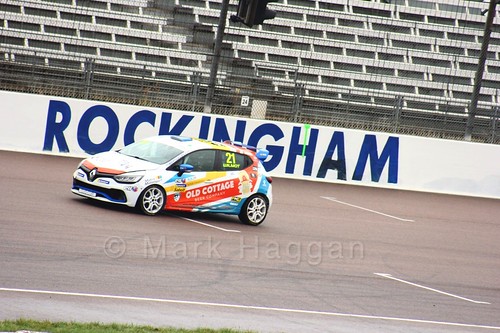 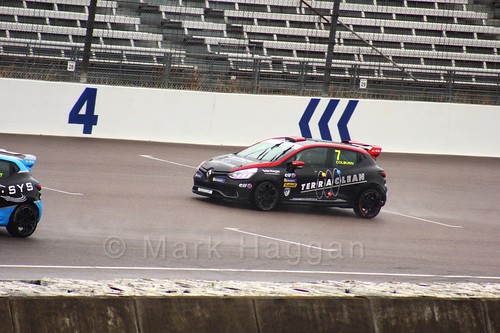 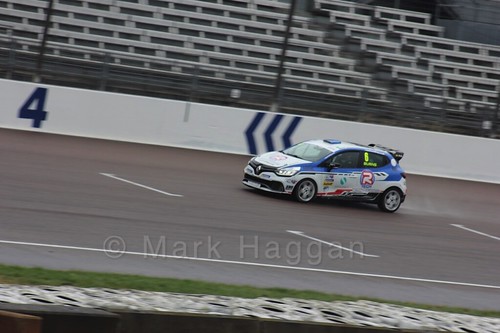 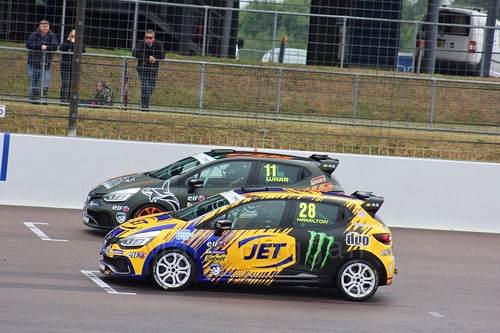 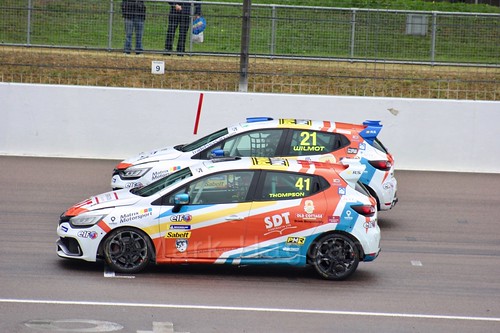 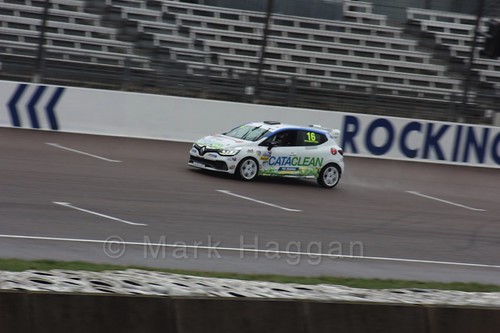 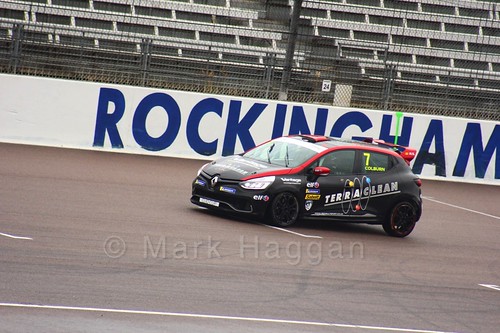 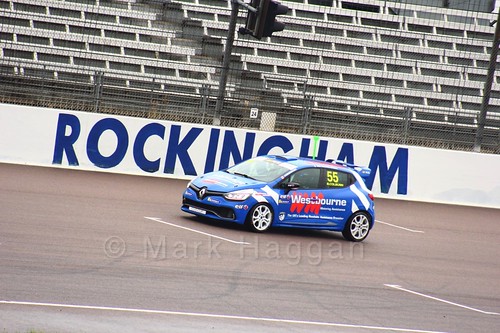 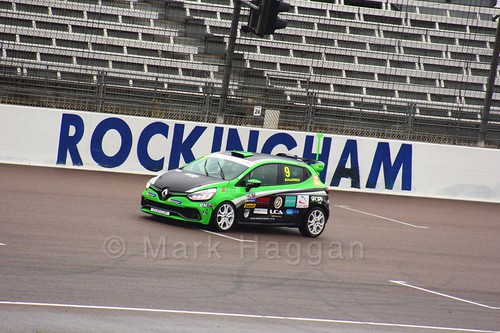 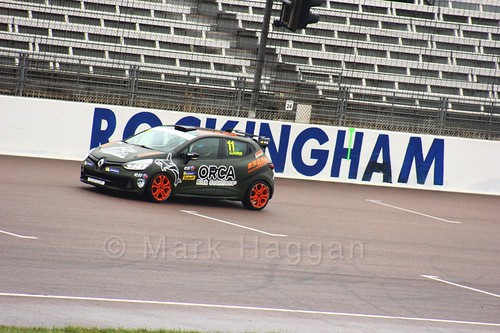 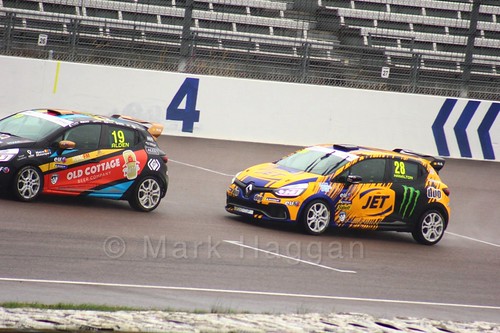 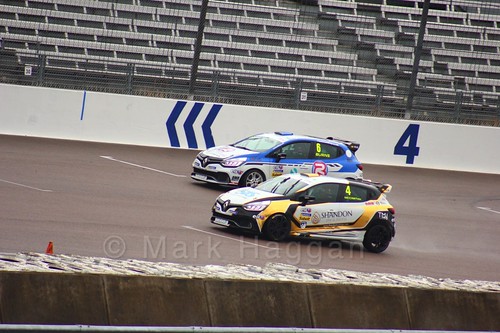 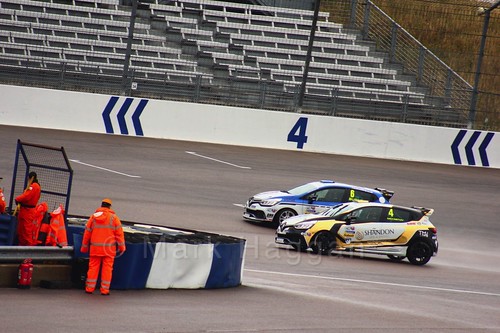 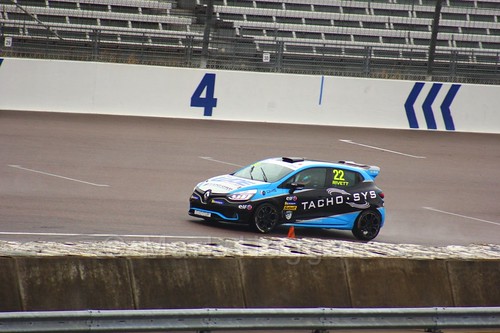 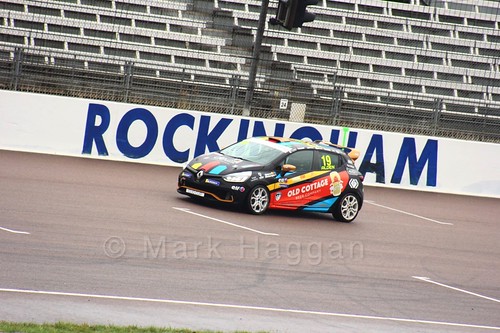 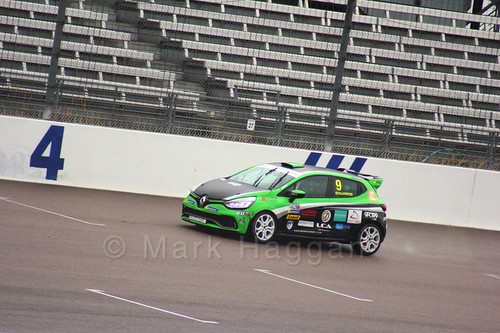 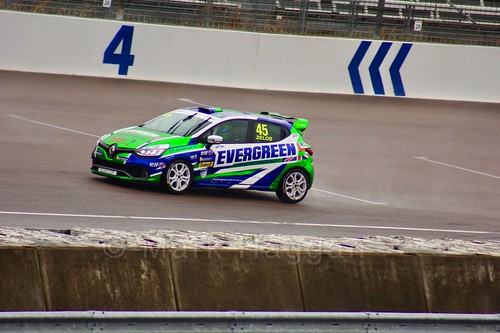 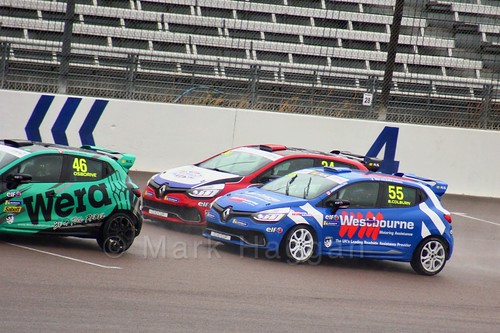