The week’s British Touring Car Championship trip to Hampshire saw the Renault Clio Cup Thruxton Rounds 2018 as part of the support package for the popular series. The weather had changed considerably from the opening rounds in Brands Hatch and Doningon, but would the racing also change?

Saturday saw Max Coates and Paul Rivett take the poles for the weekend’s races in bright sunshine, and the good weather continued through into the Sunday, helping the crowds if not the tyres.

As is always the case with the Clio Cup, racing was close and fast, and in the first race that saw positions change quickly, it was James Dorlin who continued his winning streak from Donington, with the top step on the podium.  Coates was second, with Daniel Rowbottom in third in what was a hectic race.

The second race of the weekend saw Dorlin start from second on the grid behind Rivett, and he quickly took the lead of the race, and kept it.  The race finished early after an incident saw Lee Pattison and Zak Fulk coming together with their cars in a dangerous place on the circuit. This time it was Rivett and Coates who joined Dorlin on the podium, and with four wins in a row, Dorlin is now top of the table making up for the 10th and 12th places at Brands Hatch. He leads Coates by four points, with Rivett only a further six points behind. It looks like 2018 is going to be another exciting Renault Clio UK series, with plenty of drivers who could take podiums or wins through the season.

Like the other support series, the Clio Cup moves on to Oulton Park in a few weeks, where hopefully the sun will follow them from Thruxton. Meanwhile, here are some photos from the weekend’s action in Hampshire. 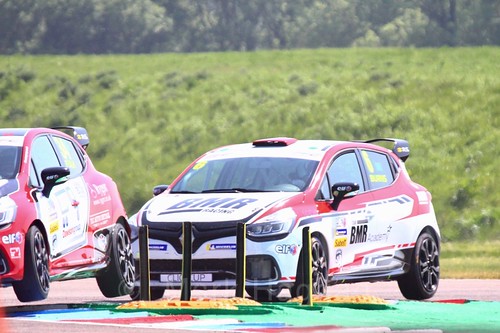 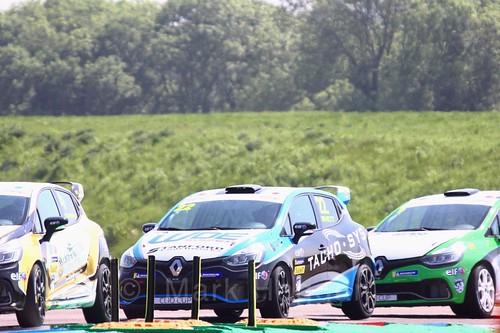 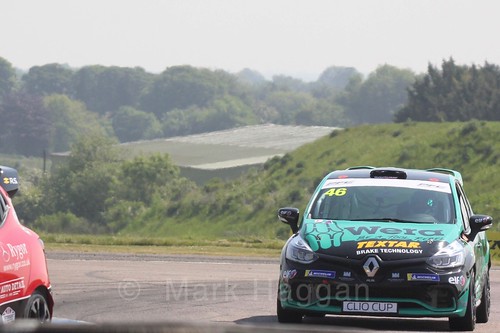 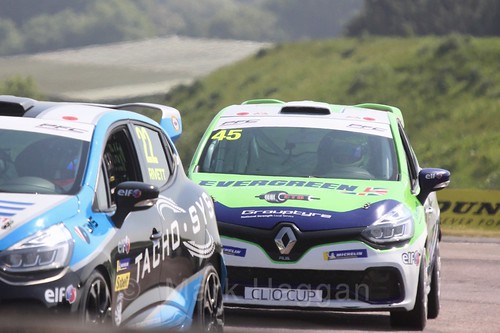 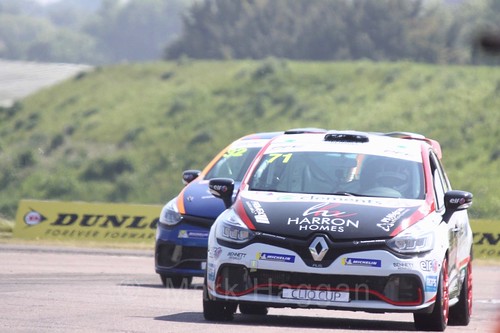 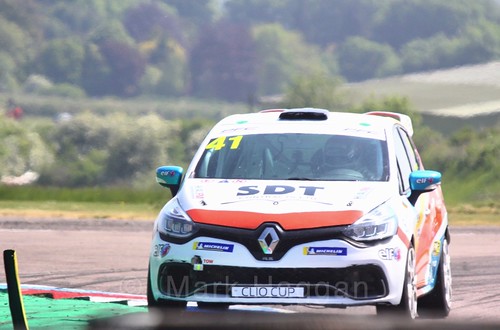 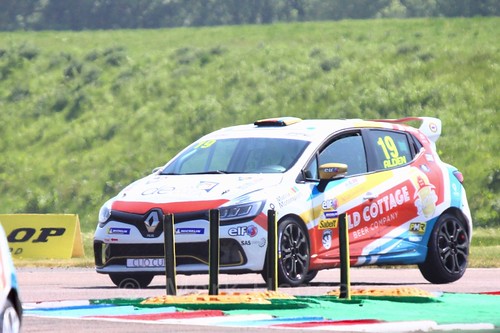 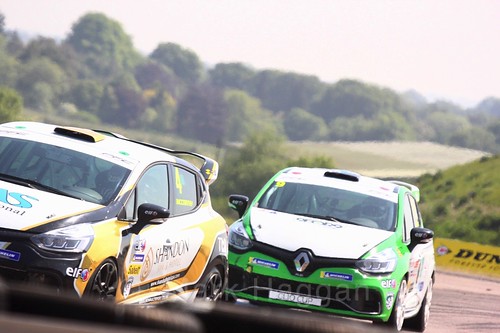 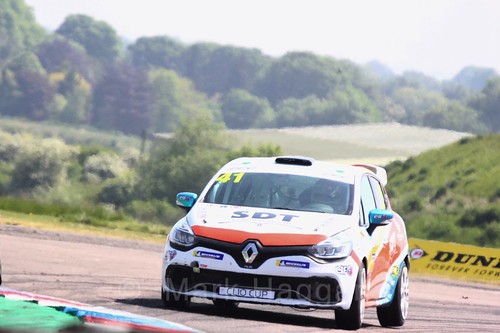 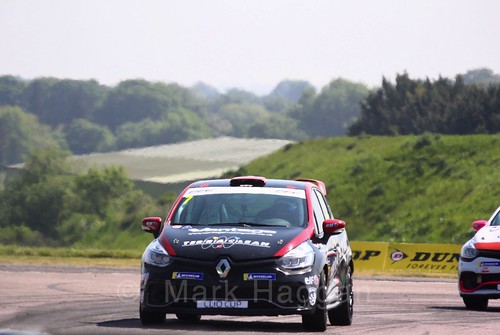 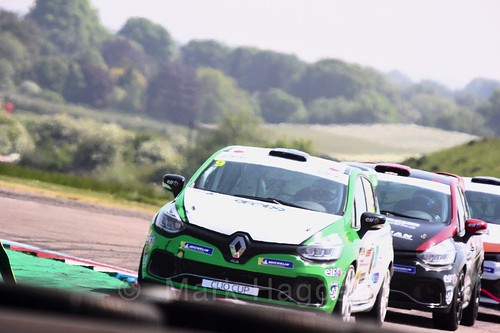 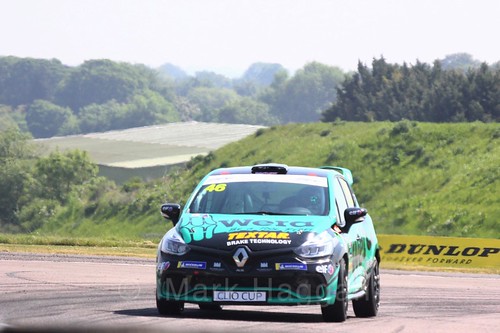 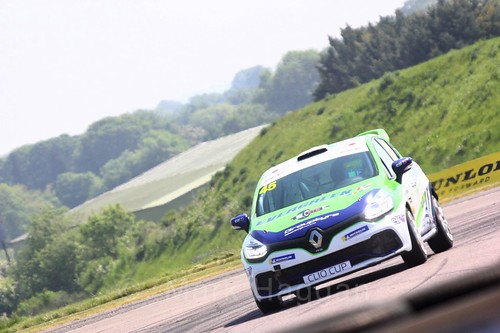 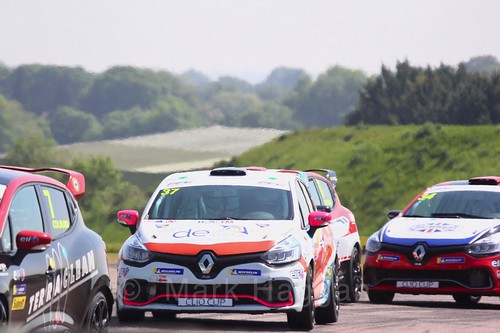 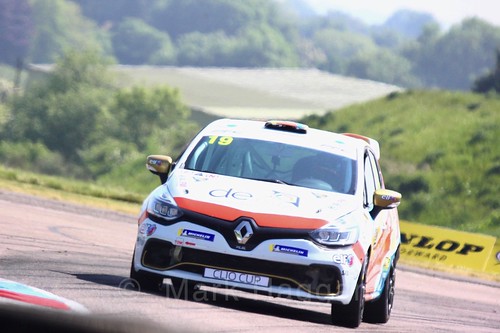 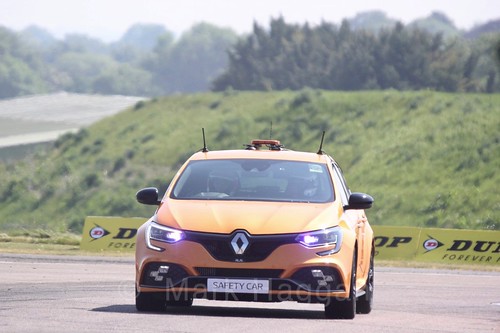 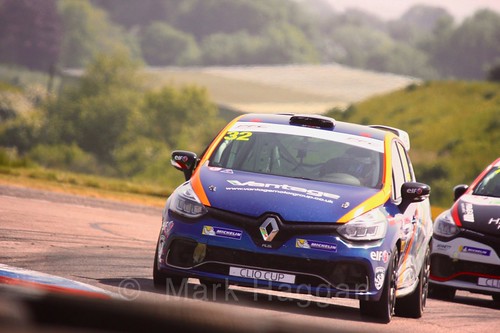