If you are a motor racing fan and you have not been to The Donington Collection, then you should. The collection is located at Donington Park, in North West Leicestershire, at the end of the runway of East Midlands airport. Once upon a time, the whole Donington Park area formed the grounds of the stately home at Donington Hall, until recently the headquarters of the airline bmi, and some evidence of this past is still evident as about 100m along the road from the main entrance to the Donington Collection is the one remaining gatehouse from what used to be the main entrance to the hall. There had been two, but during the Second World War, when this site was requisitioned by the army as a base, one was removed to allow larger vehicles to enter the site.

Once you arrive in Donington, the Donington Collection is housed in a series of buildings that start with a café. I am a regular visitor to the café, and I still find it exciting that I can have lunch – and a very cost effective lunch at that – whilst sitting beside an actual Formula One car. The current incumbent is David Coulthard’s former Red Bull that sits in the area between the café and the entrance to the museum. I wrote previously about the café, so if you are interested, there are some details here.

However, the nostalgia starts before you even get through the door of the museum, or have had the time to order your all day breakfast (as my normal dining partner, Mike, normally has). One of the paths to the café is lined with historic fuel pumps, that lead from the gatehouse and past a series of statues and memorials, including one to Juan Manuel Fangio and the last winner of a Grand Prix at Donington Park, Ayrton Senna.

An unassuming door with a collection of karts partly obscuring a picture of the 1993 European Grand Prix marks the entrance to the museum.


Inside, the visitor is quickly reminded that this collection is more than just the world’s largest collection of Formula One cars. The site’s history as a military base is highlighted with a series of large military vehicles on display, and the motorbike pedigree of Donington Park, a home for many years for rounds of MotoGP, World SuperBikes and British SuperBikes, is shown with a collection of historic bikes.

Soon, though, the racing cars appear. A series of names from the history of motorsport appear, like ERA and Matra, as well as a series of names of drivers who have made motor racing history, like Alberto Ascari’s championship winning Ferrari 500 from 1952, or Jackie Stewart’s 1969 Matra.

There are cars too from before the start of the Formula One world championship in 1950, like these Austins from the 1930s, and this Auto Union from 1940. 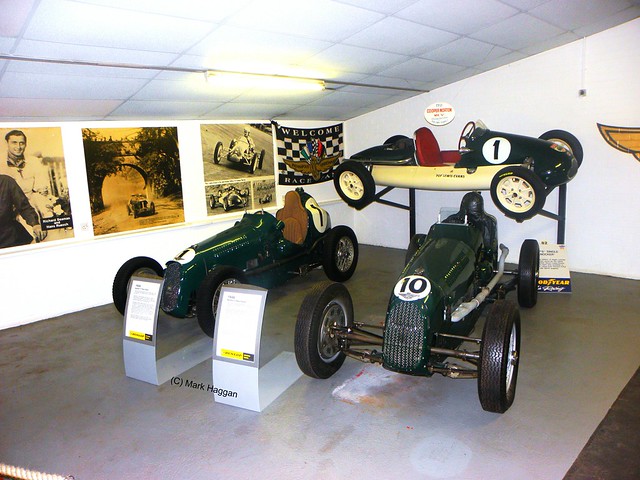 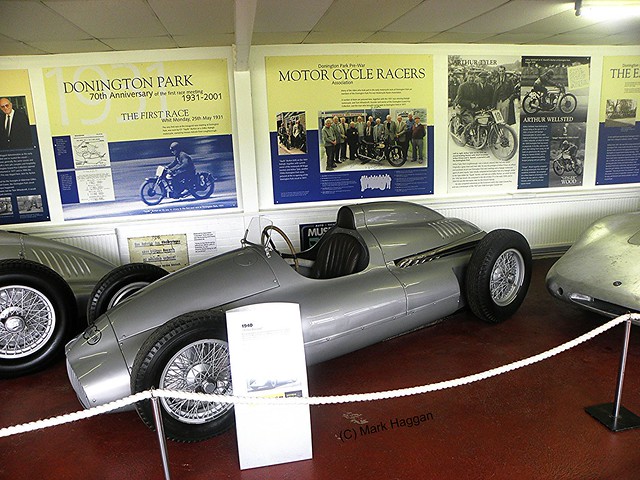 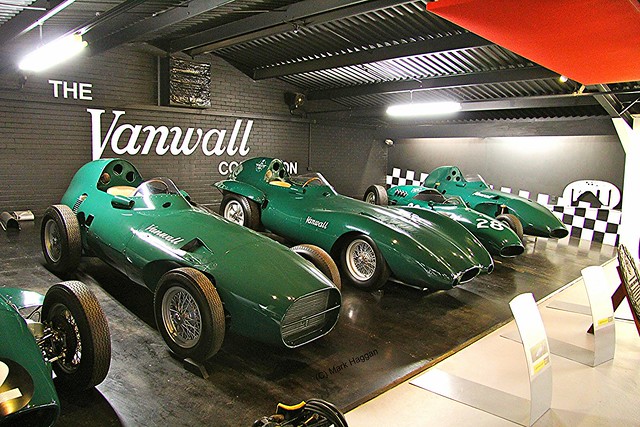 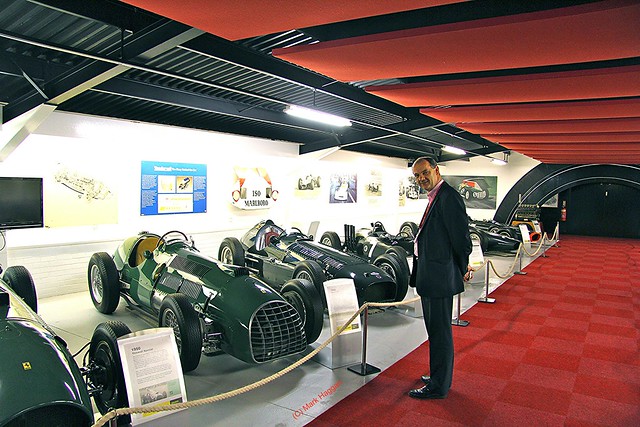 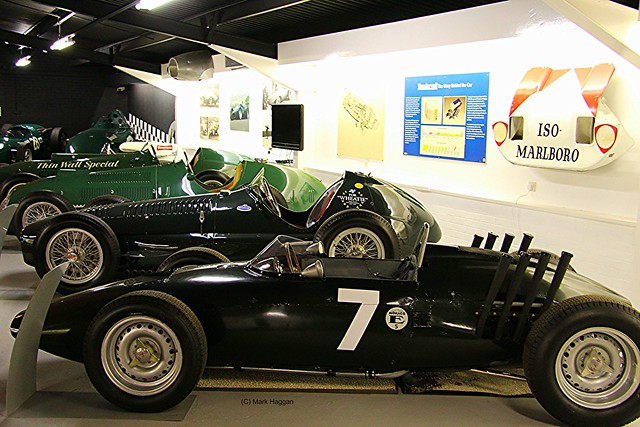 There is an impressive collection of cars as a tribute to local driver, Roger Williamson. Williamson was a native of nearby Ashby de la Zouch, who was British Formula Three champion in 1971 and 1972. He was offered a drive in Formula One for March in 1973, and after debuting in the British Grand Prix that year, was tragically killed in the Dutch Grand Prix, which saw an incredible act of bravery from fellow driver David Purley in an attempt to save him, and for which Purley won the George Medal. 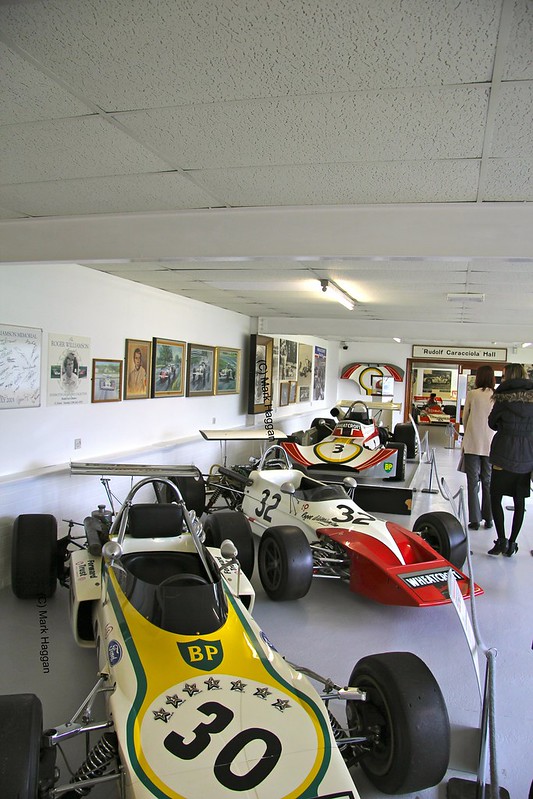 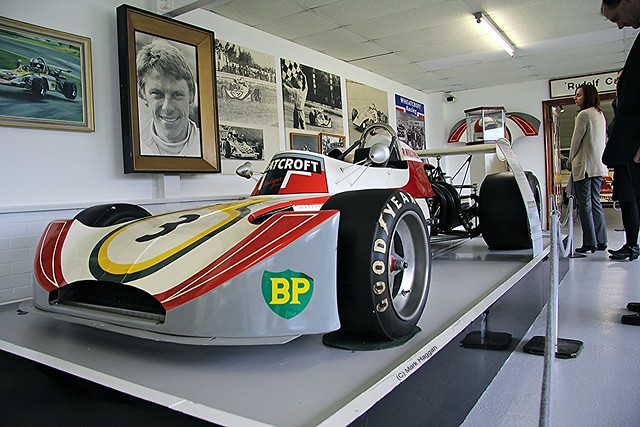 Fans of Nigel Mansell can see his championship winning FW14b on display, similar to that at The Williams Museum, and can also see his Lotus in the museum. 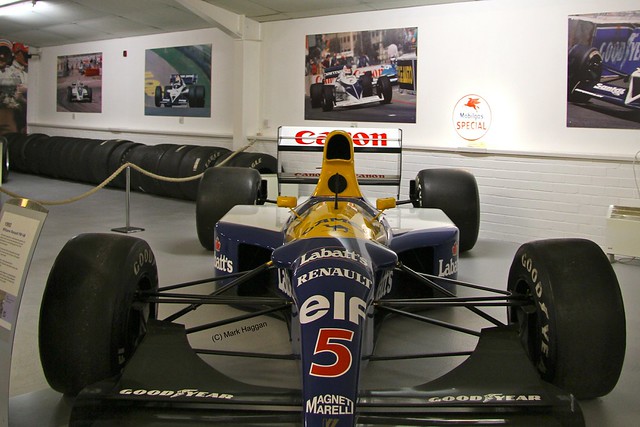 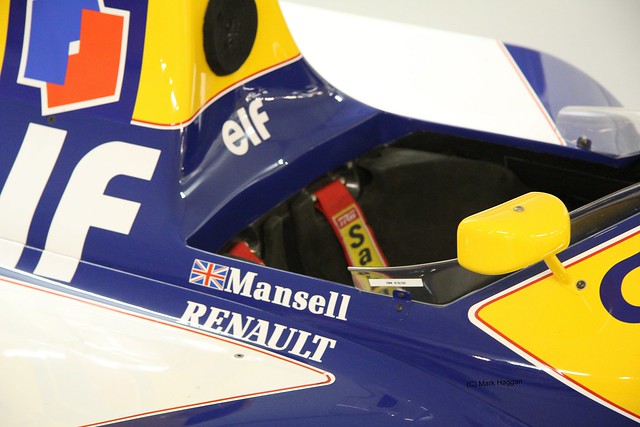 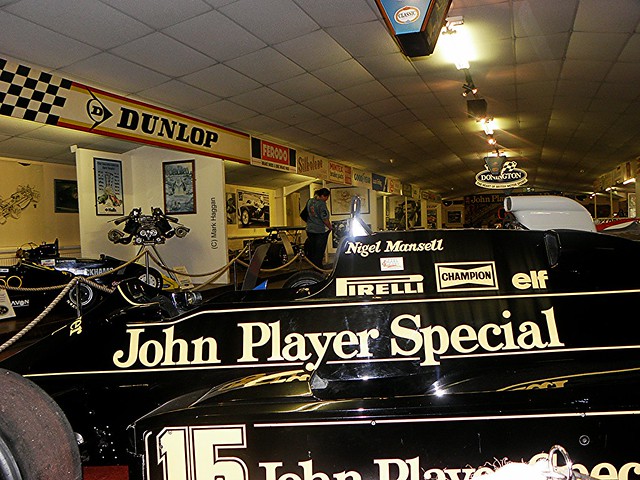 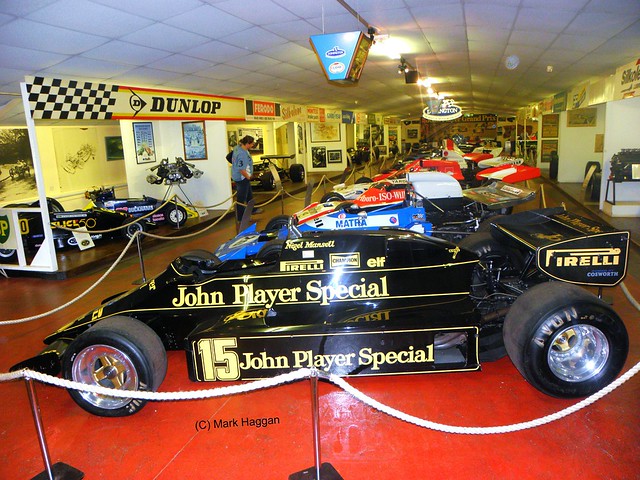 There are a series of more recent cars that remind us of teams that were relatively recent competitors, but are no longer in the sport. Stewart, Jaguar and Jordan are all to be seen among the cars, as is the Brahbam of Giovanna Amati, the last women to compete in Formula One, back in 1992. 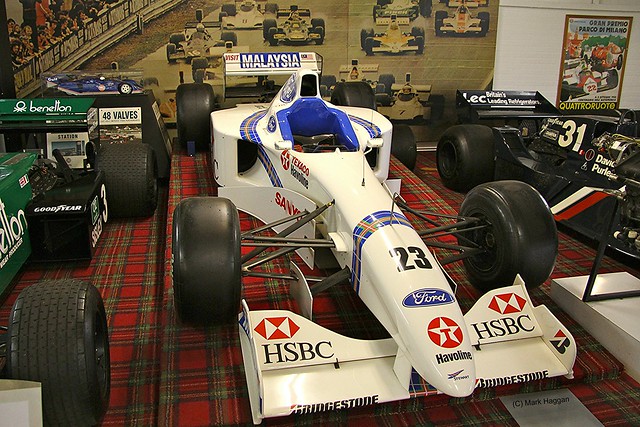 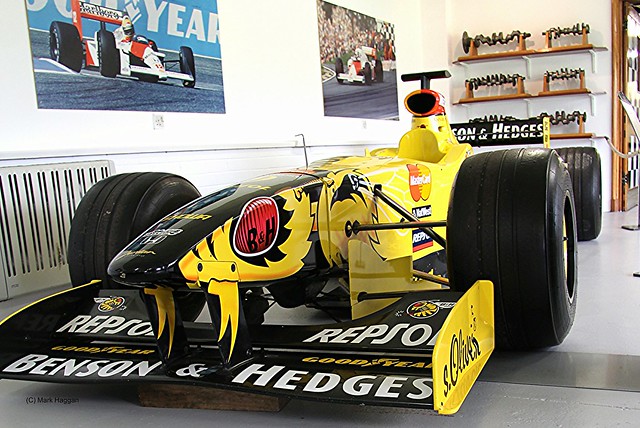 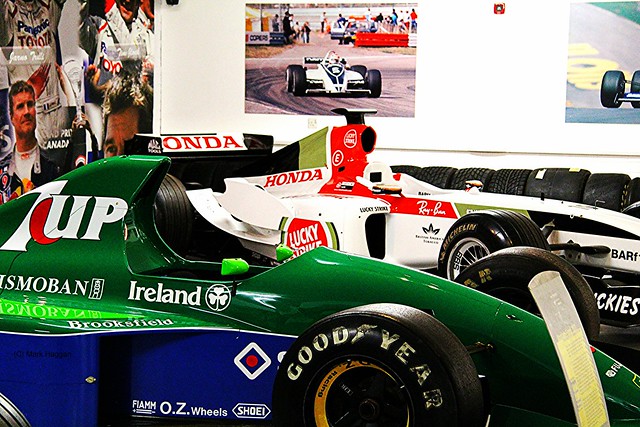 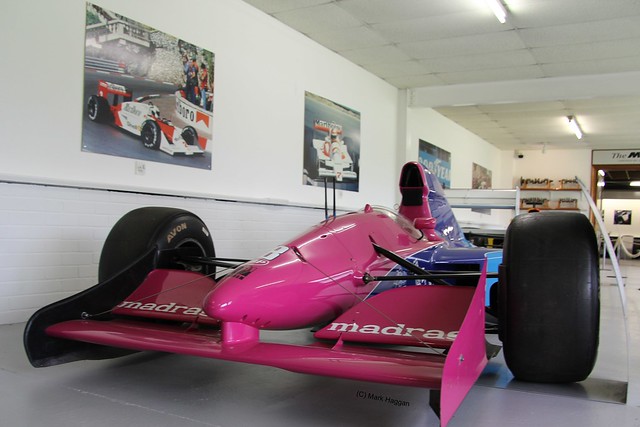 There is a particularly impressive collection of McLaren cars at Donington, ranging from those in the traditional McLaren orange livery, through the red and white designs of the 1980s, and the more recent silver cars. 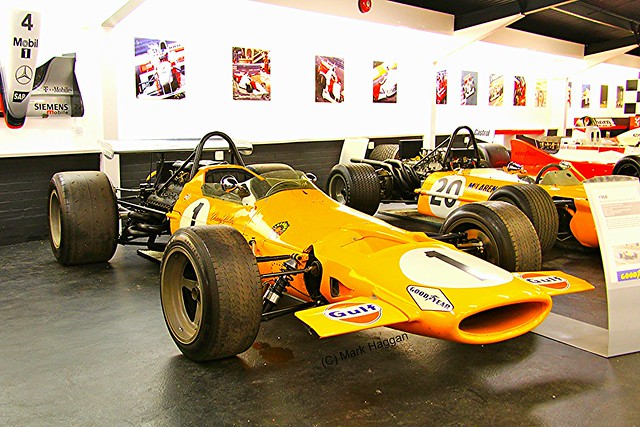 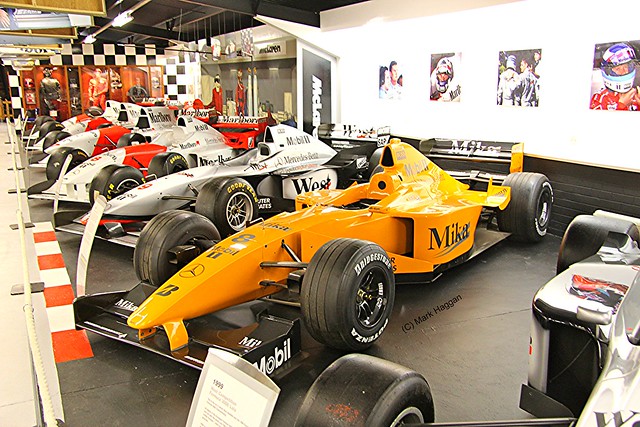 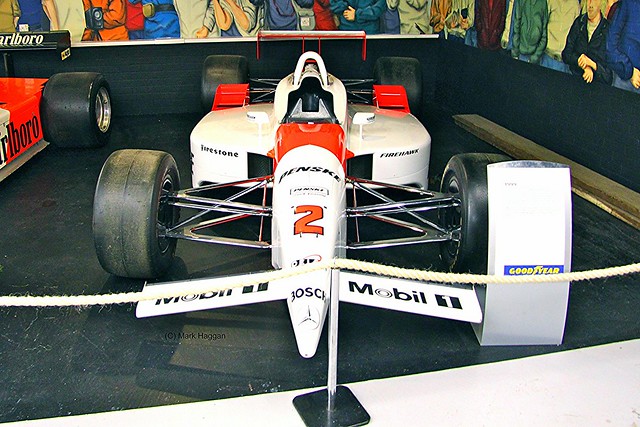 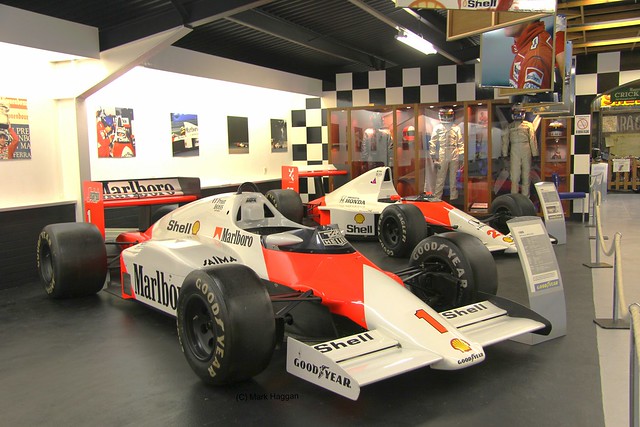 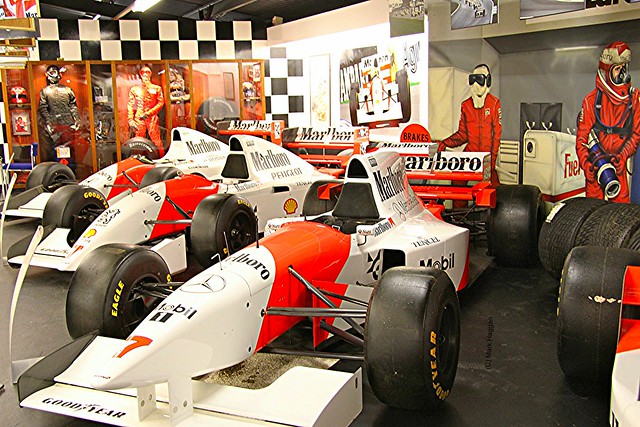 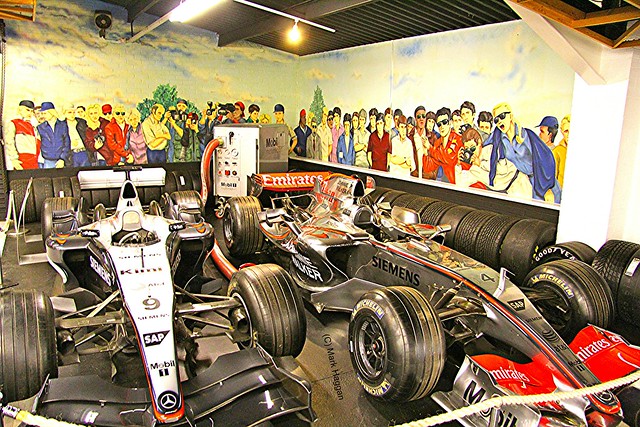 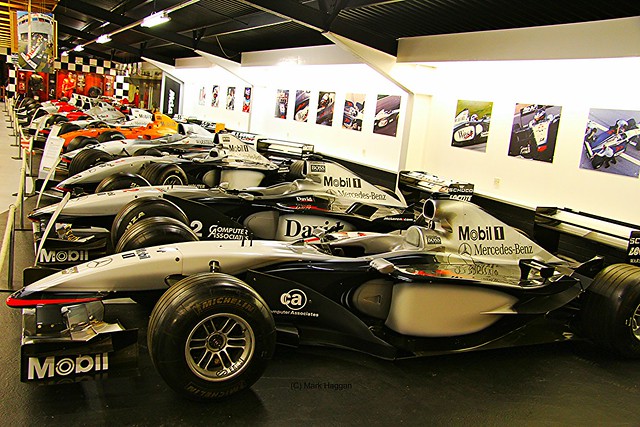 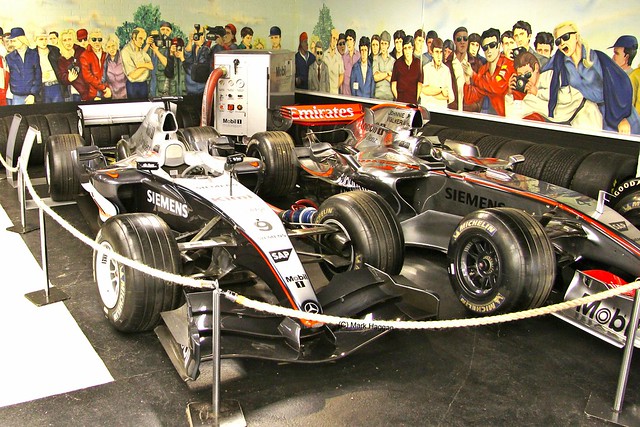 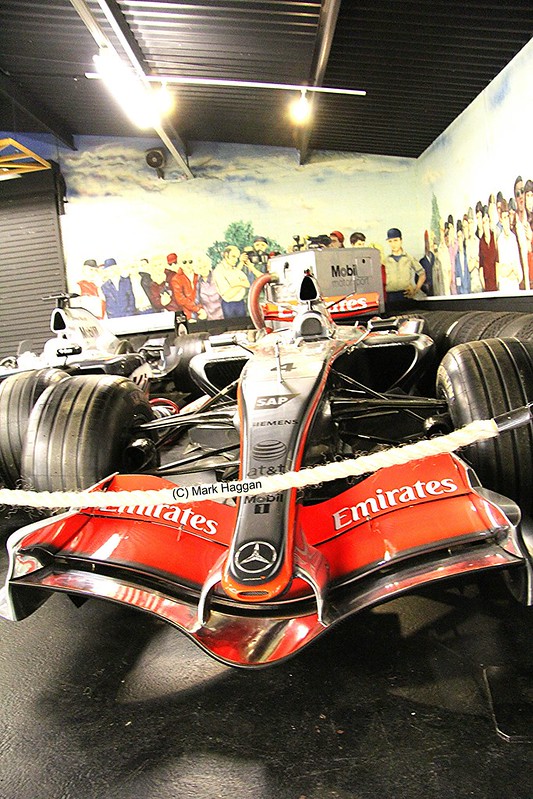 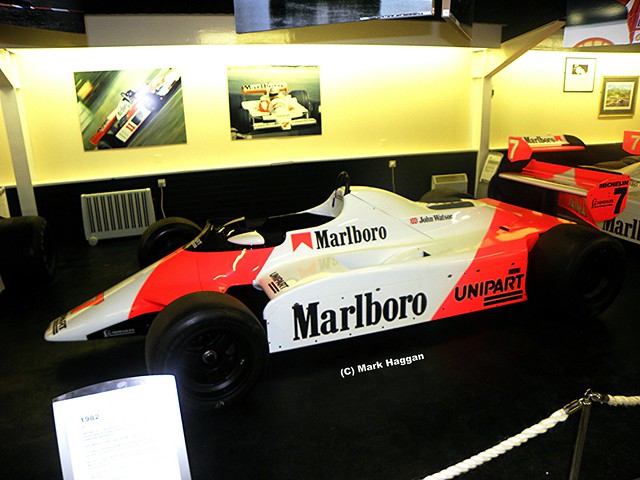 Of course, the McLaren that we most commonly see in pictures of Donington is that of Ayrton Senna, in the 1993 European Grand Prix held there. There had previously been a display of Senna’s cars in the Donington Collection, including one of his cars complete with the Brazilian flag.

As well as the various Formula One and other vehicles shown above, there are a series of other cars including concept cars on display. 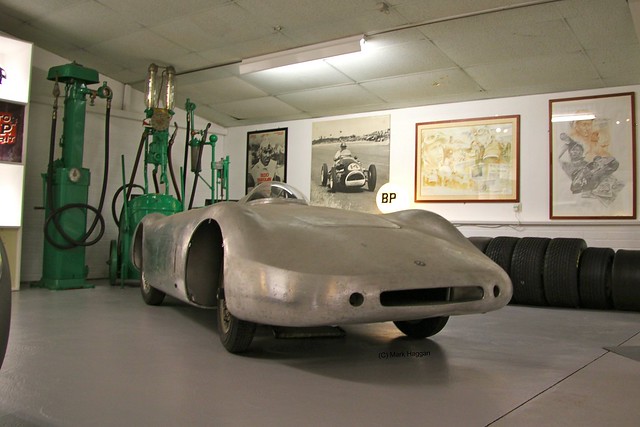 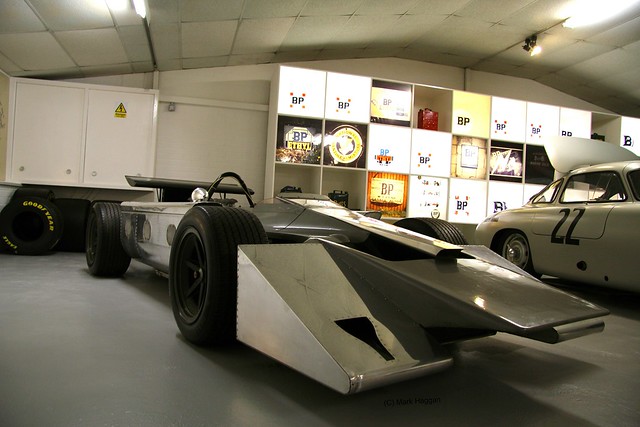 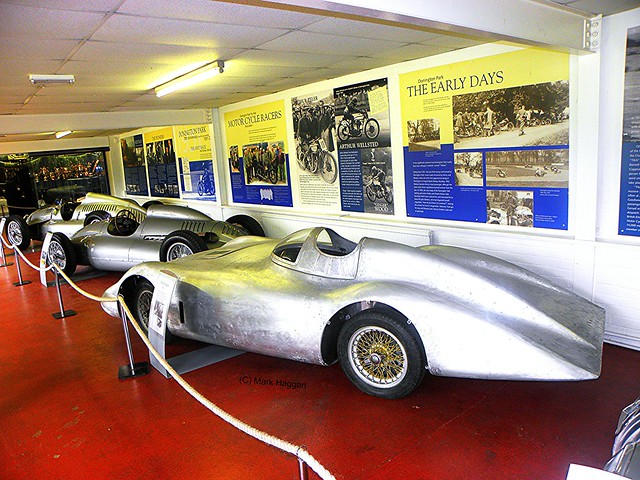 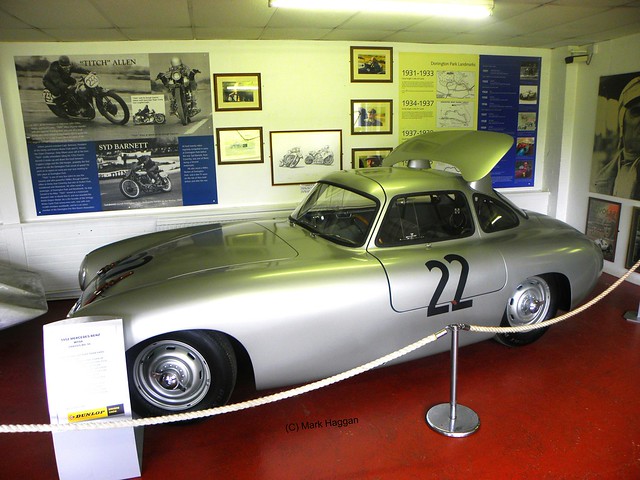 In my several visits to the museum, I have never found it to be particularly busy, meaning that there is always plenty of time spend looking at whatever cars that you find to be particularly interesting. In addition to the Donington Collection, and the café, there is an aircraft museum a few hundred yards away that has an excellent collection of planes, including an Avro Vulcan, for the princely entrance fee of £2.

If you do find yourself in the area, either at a race at Donington Park, or perhaps flying from East Midlands Airport, or attending the Download festival, or just driving near junction 24 of the M1, you should pop in to the Donington Collection. You will enjoy it.