I mentioned that I was taking some photos whilst at Formula One Winter Testing this year, and I ended up taking a couple of thousand, which I am currently sorting through to find the good ones and to get rid of the less so good pictures. I have the first two hundred reasonable quality photos ready now, some of which are here. The whole collection of photos can be seen in my Flickr gallery from Winter Testing, which will be updated over the next few days as I look through more photos.

All looked relaxed in the pits and paddock on Saturday, with the teams getting their cars out for some laps. 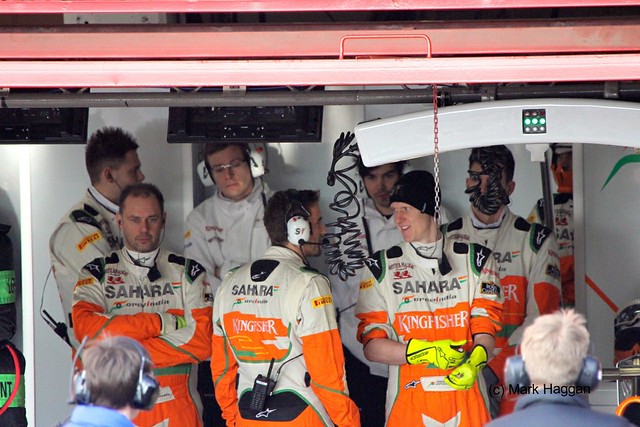 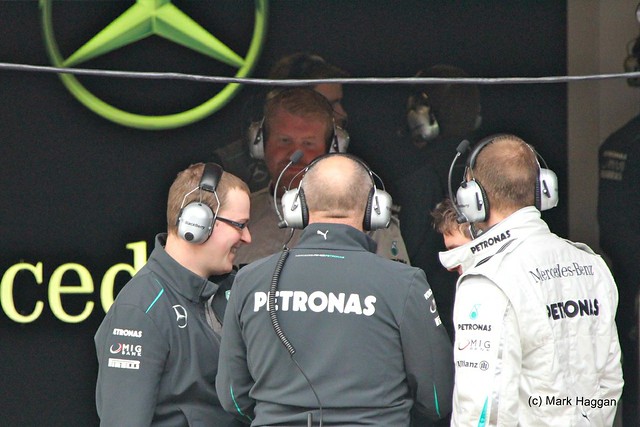 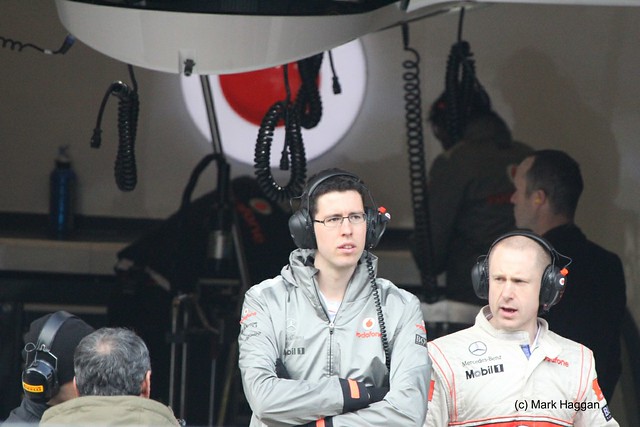 We arrived just before 9am, when testing starts, and cars were out on track from 9 that day, making the most of a sunny day of testing. 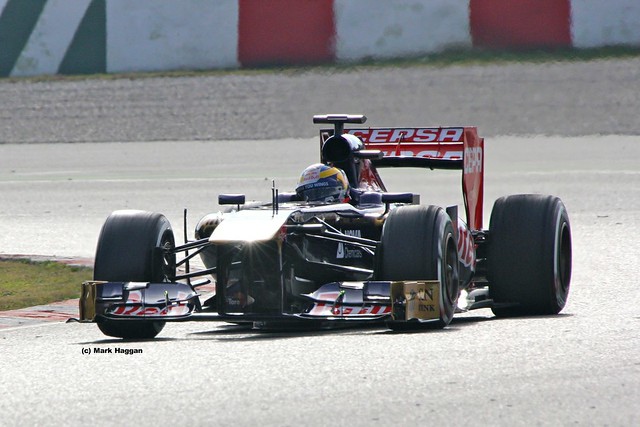 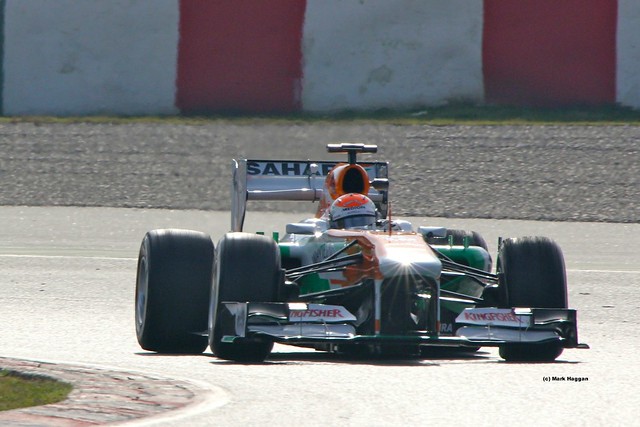 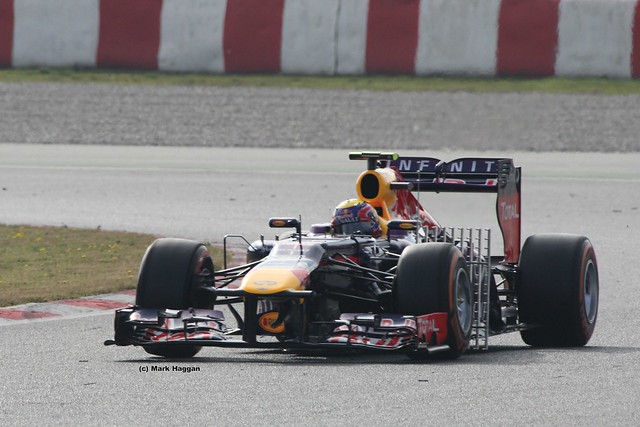 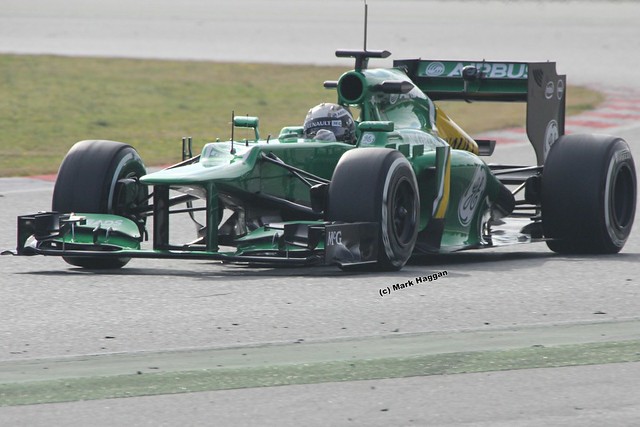 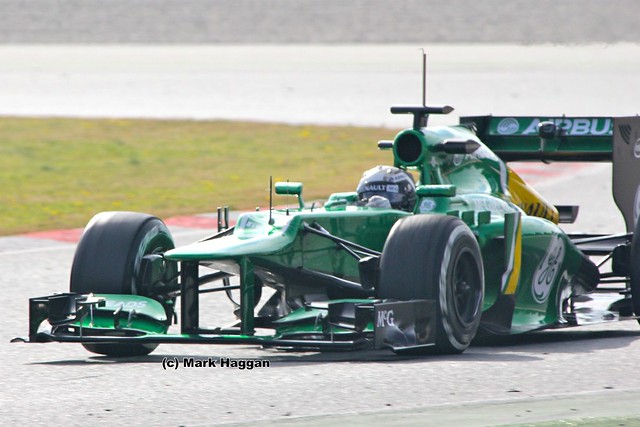 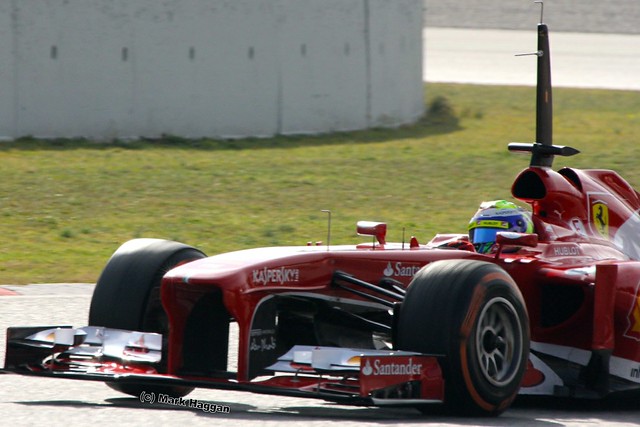 As normal, the Ferrari of Felipe Massa was equipped with its periscope attachment, to help with all sorts of airflow calculations and other telemetry, although this year, it was joined by more and more other teams with their own devices, including Mark Webber’s car with a device that seemed to gain the name of “shopping trolley” at the circuit. 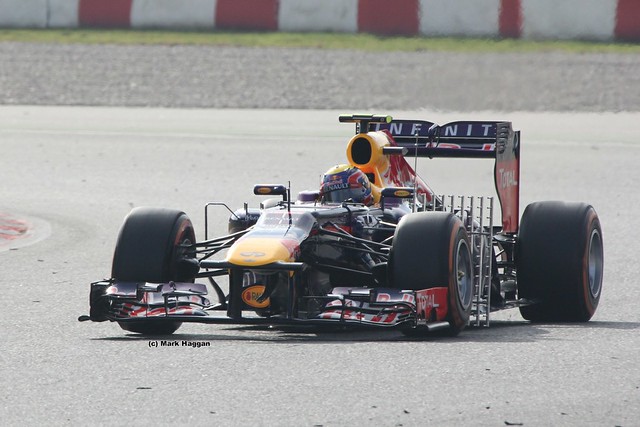 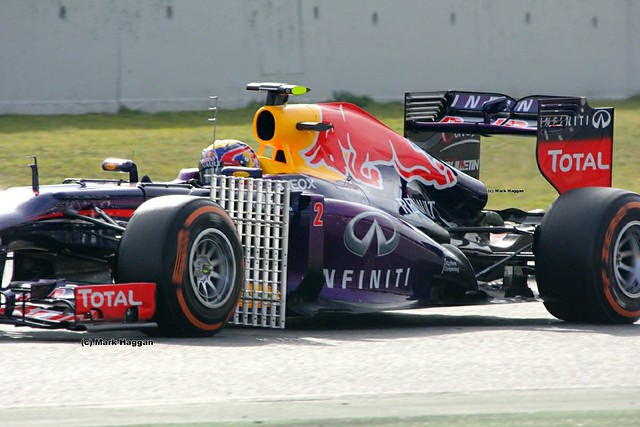 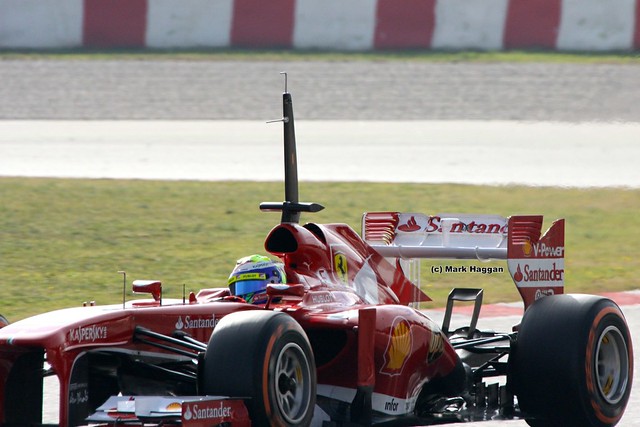 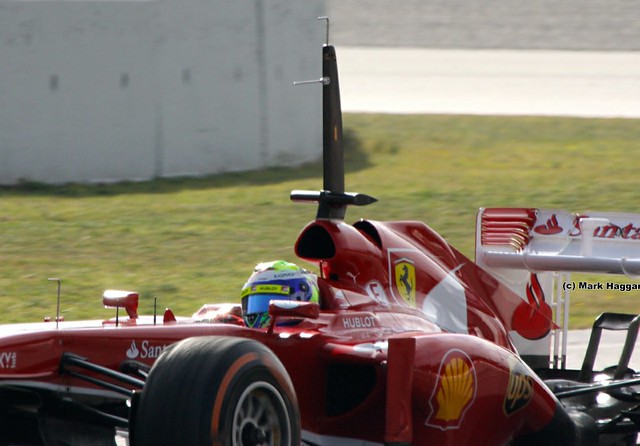 When I looked up close at the Periscope, it looked like it had a piece of gaffer tape holding it together at the top. I’m sure that it was actually much more scientific than that… 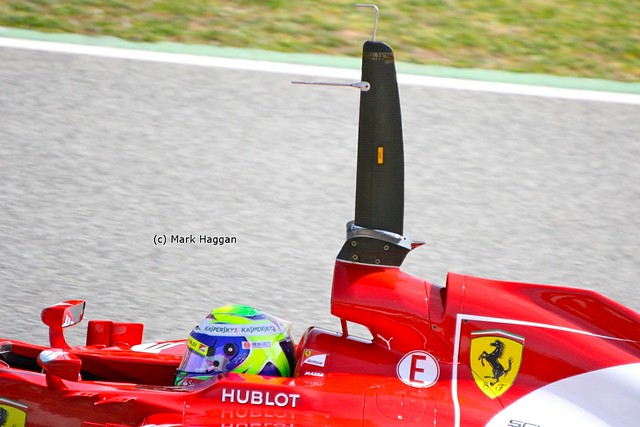 That highlights one of the great things about testing, the ability to get up close to the cars, and see them from various angles and at various parts of the circuit. 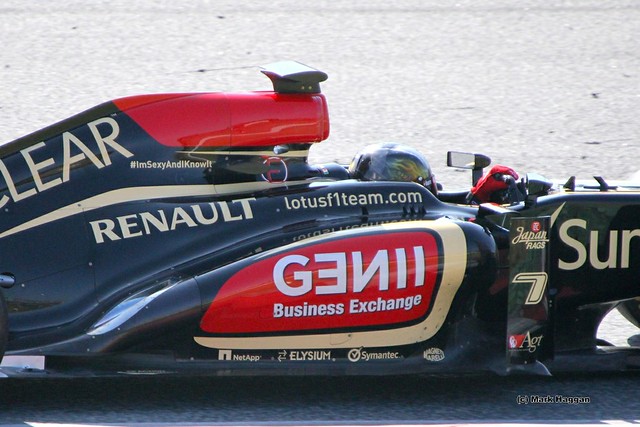 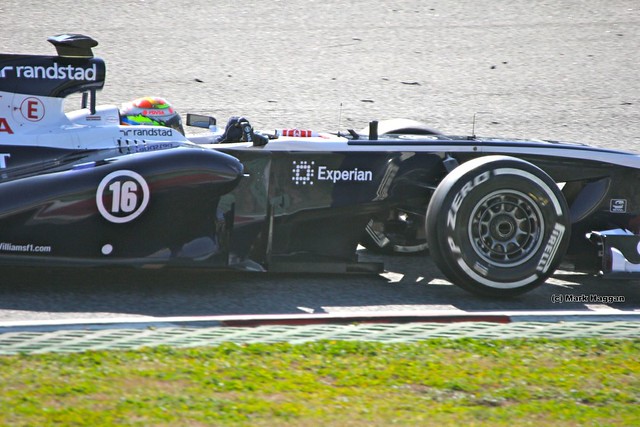 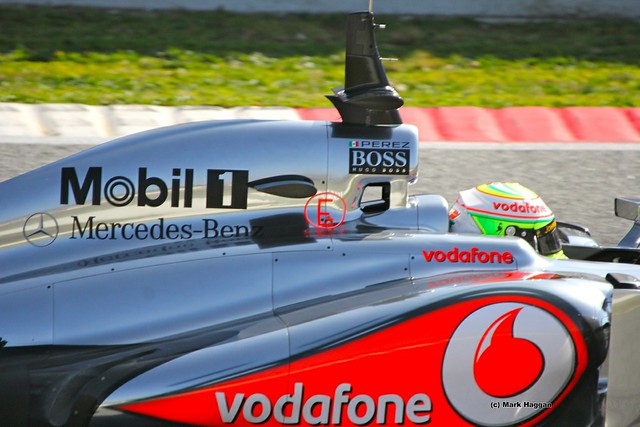 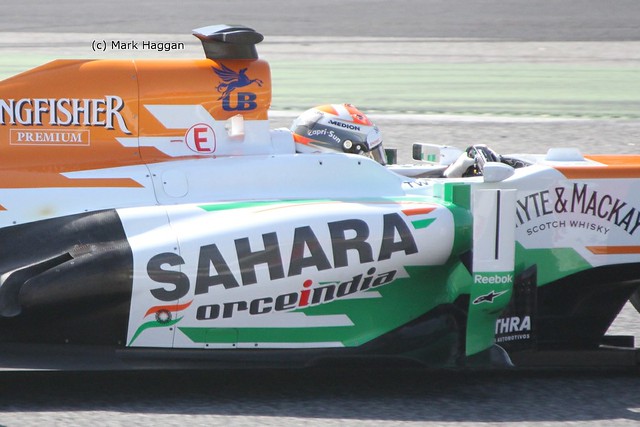 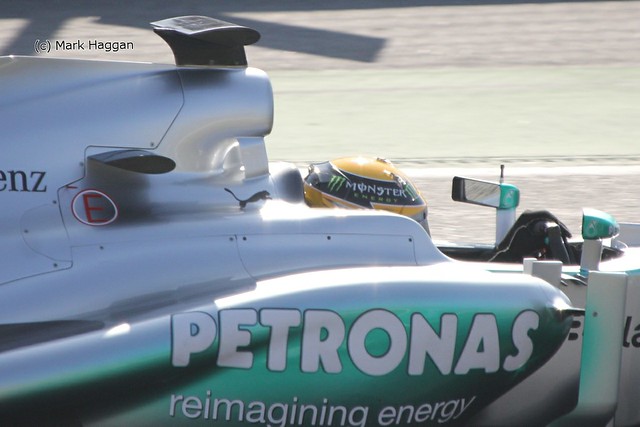 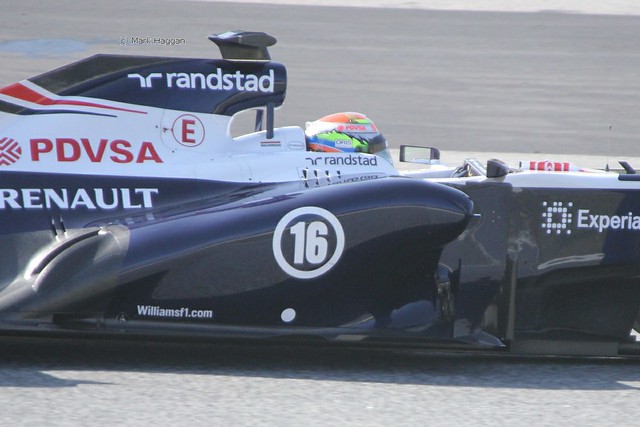 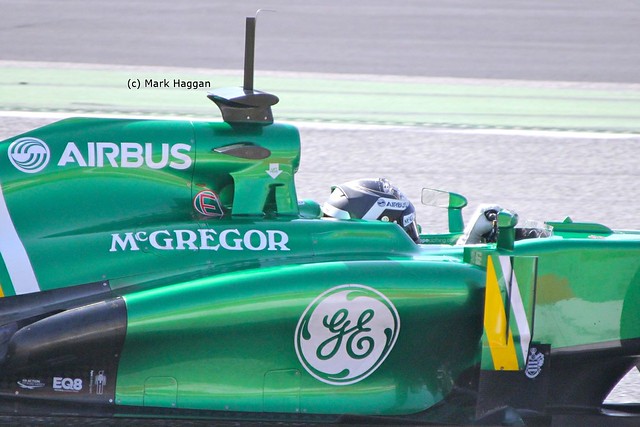 However, getting even closer to the action than us was Mark Gene and his family, who were on the access road at the end of the Pit Straight, looking over the wall right onto the circuit. He is a braver man than me to be quite that close to the action with young children. Yes, the cars are passing just on the other side of that little wall. 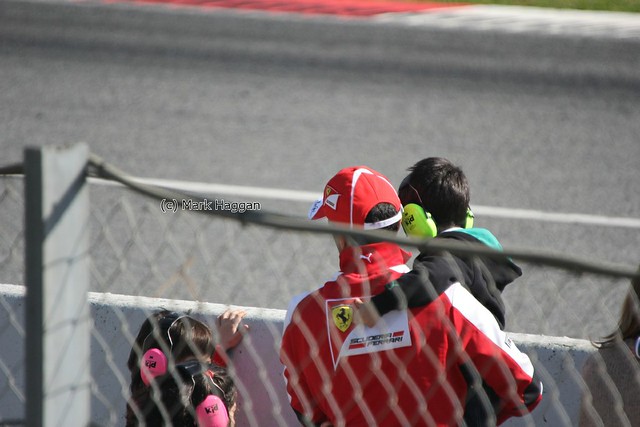 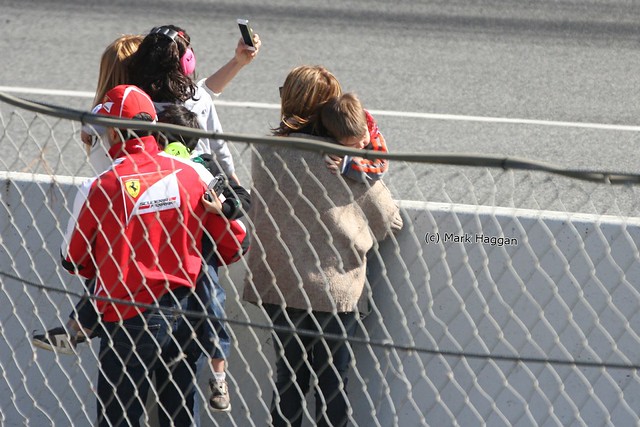 It was, as always, a great event to attend. 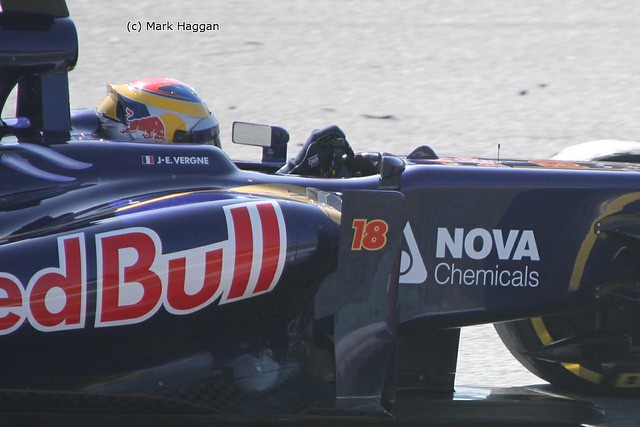 The fastest man on the day was Lewis Hamilton in his Mercedes, so a few pictures of Lewis to celebrate. 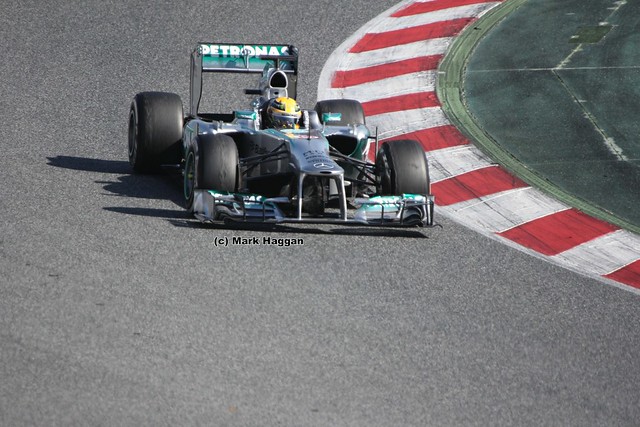 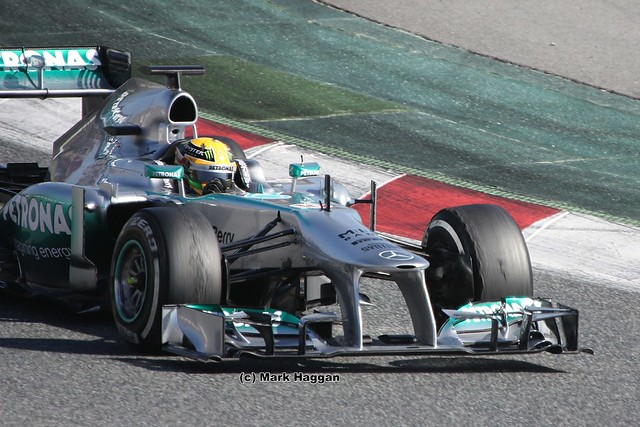 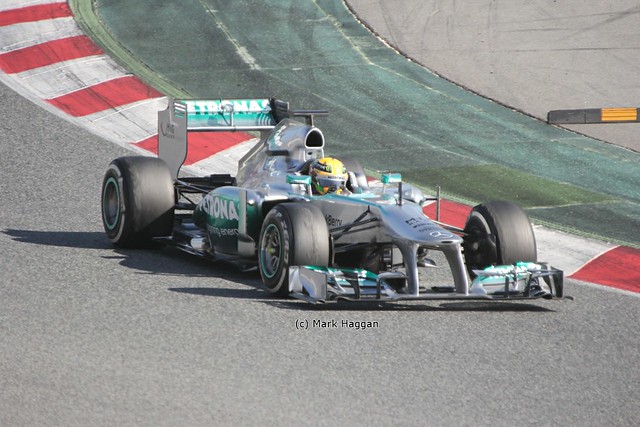 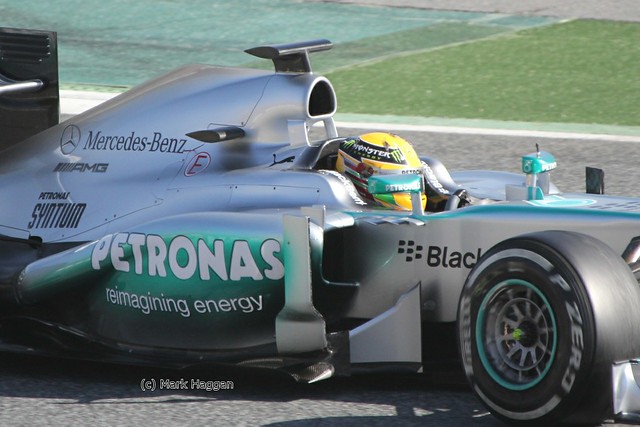