Last weekend at Silverstone saw the 2015 British Grand Prix, and as normal, I went along to see Formula One’s annual visit to the UK, as the Northamptonshire circuit became the centre of the F1 circus for a few days.  The Grand Prix weekend is getting longer and longer, with Thursday having a pit lane walk for the second year, and an evening of entertainment being headlined by Madness.
The motor racing started on the Friday, and the first Formula One session of the weekend was Free Practice 1, or FP1, when the drivers got their first chance to take their cars around the track.  At least, seventeen of the twenty drivers had the opportunity, as three test drivers – Susie Wolff, Joylon Palmer & Raffaele Marciello – got to take the Williams, Lotus and Sauber cars around the track. 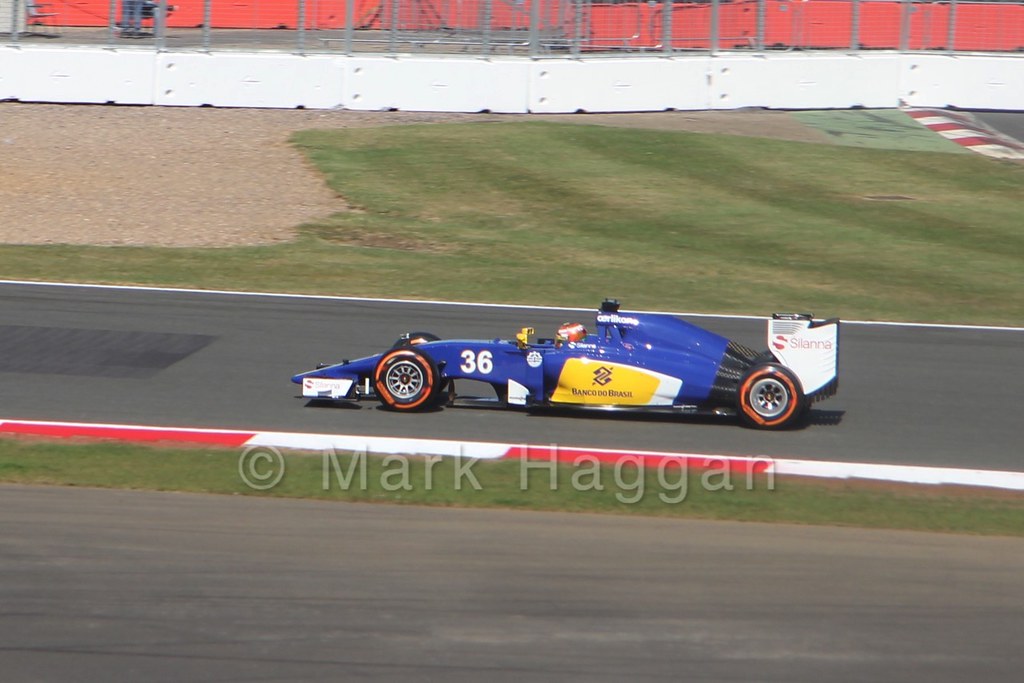 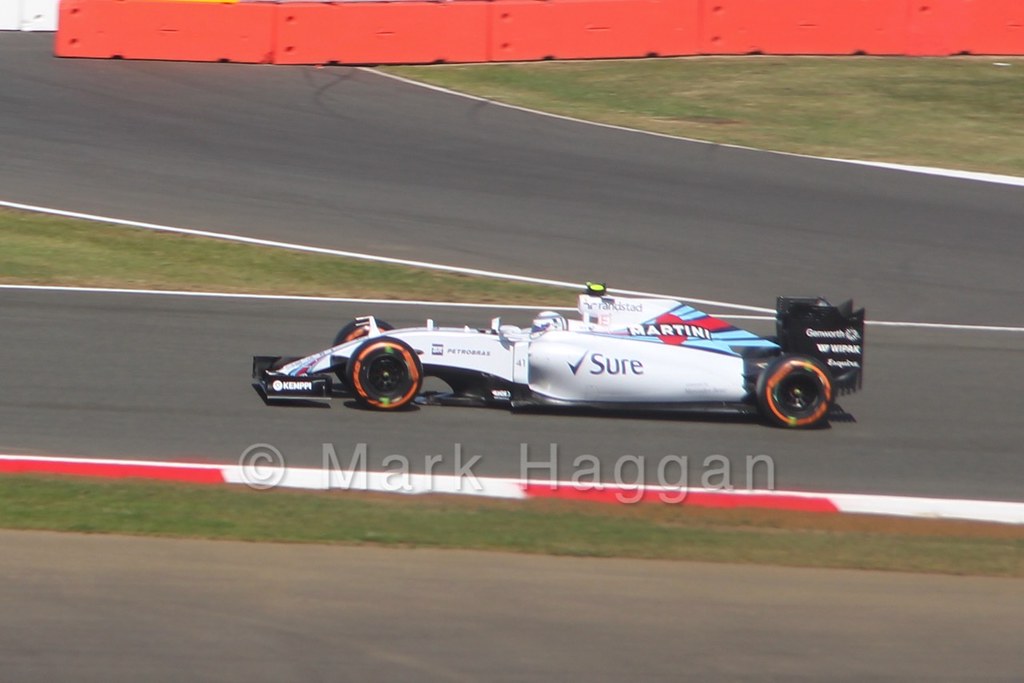 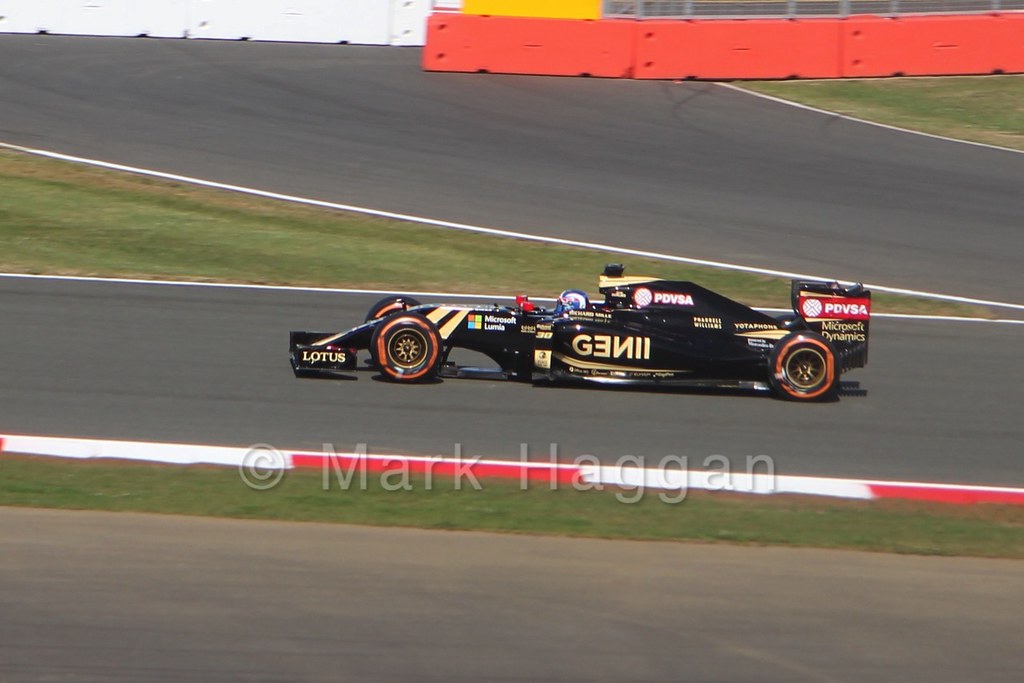 We watched the session from Becketts, which was where Nico Rosberg, who set the fastest time in the session, pulled in opposite us and stopped. 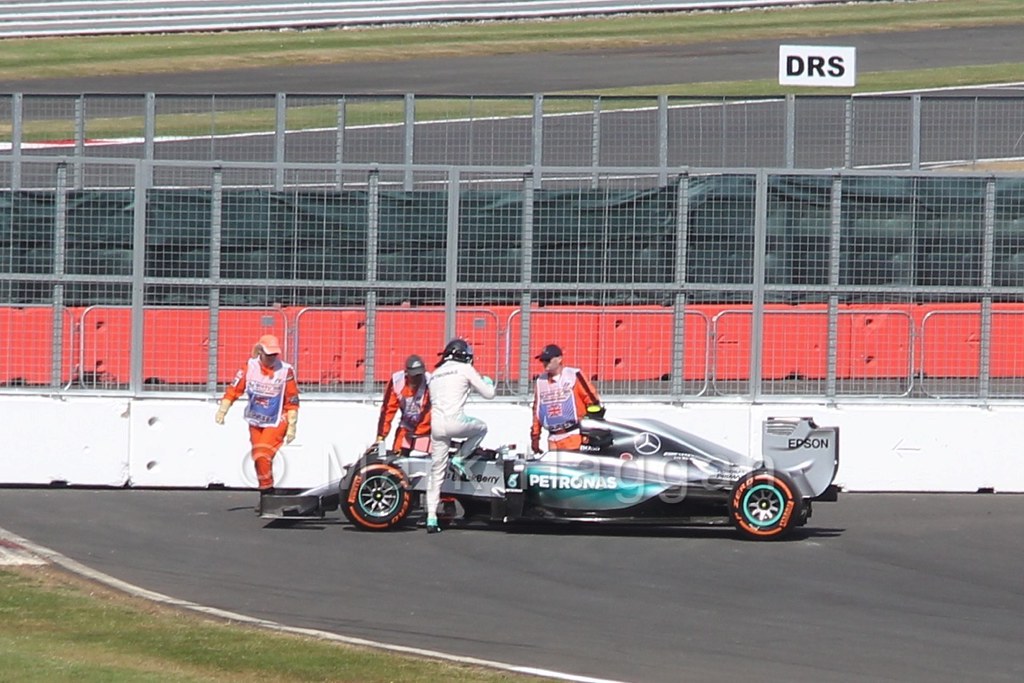 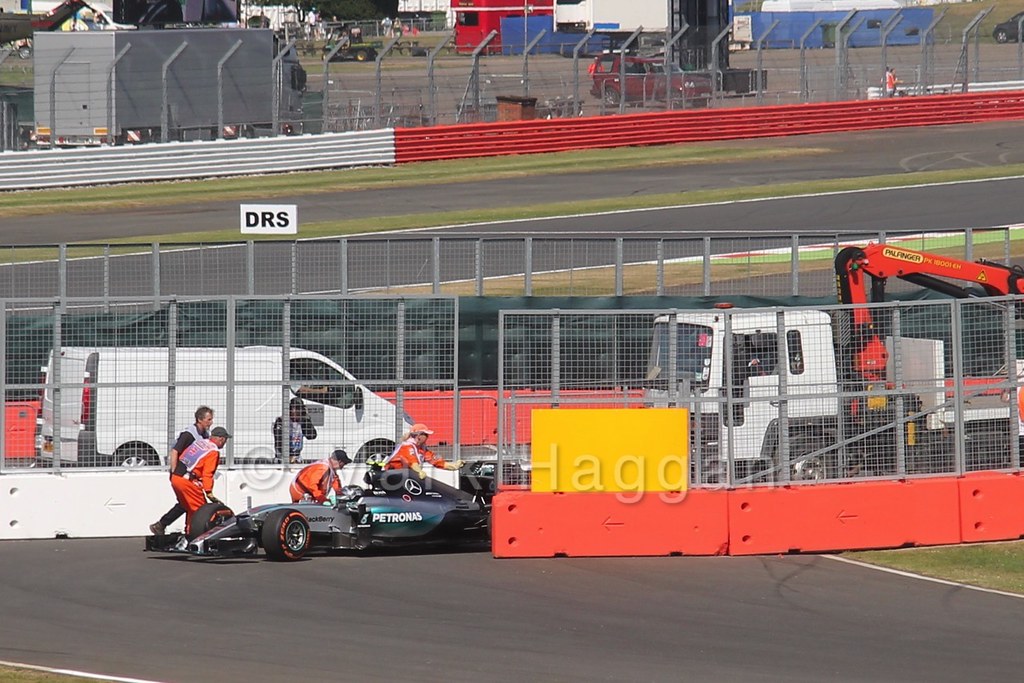 After the session finished, we took a walk around the circuit, and stopped half way at Luffield to watch the GP2 practice, before stopping for lunch ahead of FP2. This second Formula One session saw the twenty regular Formula One drivers in their cars, and it seemed soon that the normal order would be restored, with Mercedes and Ferrari going well. 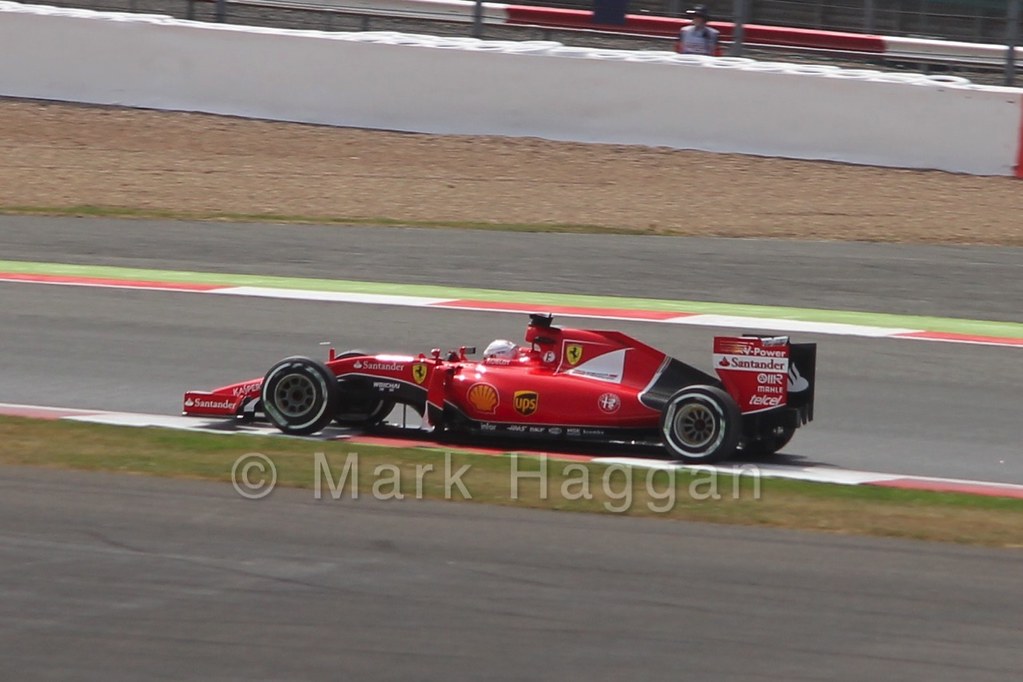 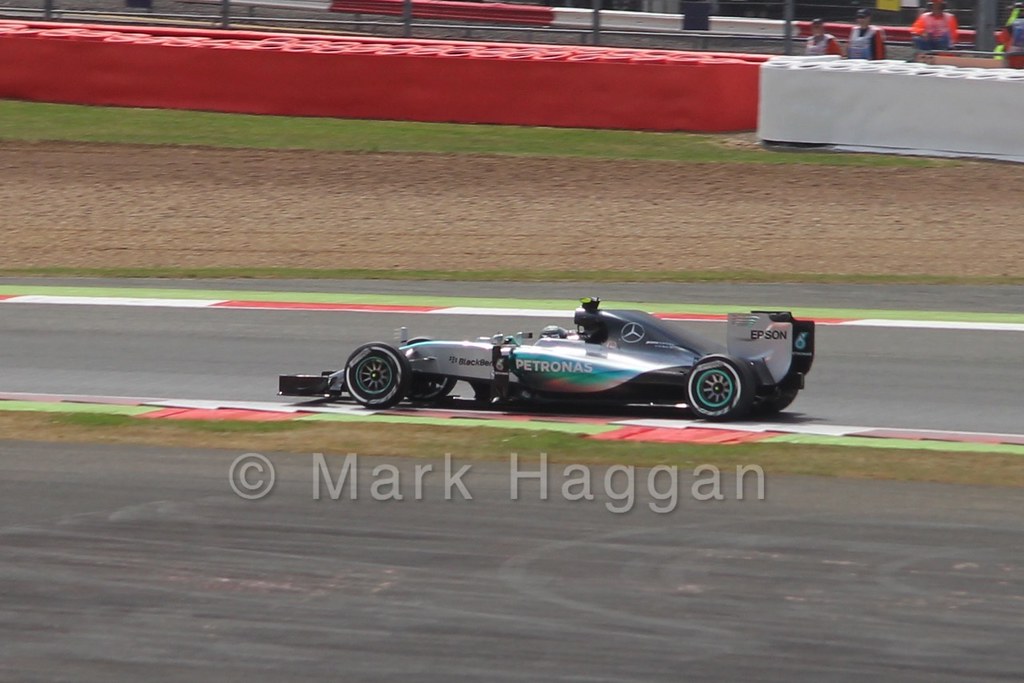 The McLarens, popular as ever with the British crowd, continued their woes as their times were not at the top of the leaderboard. 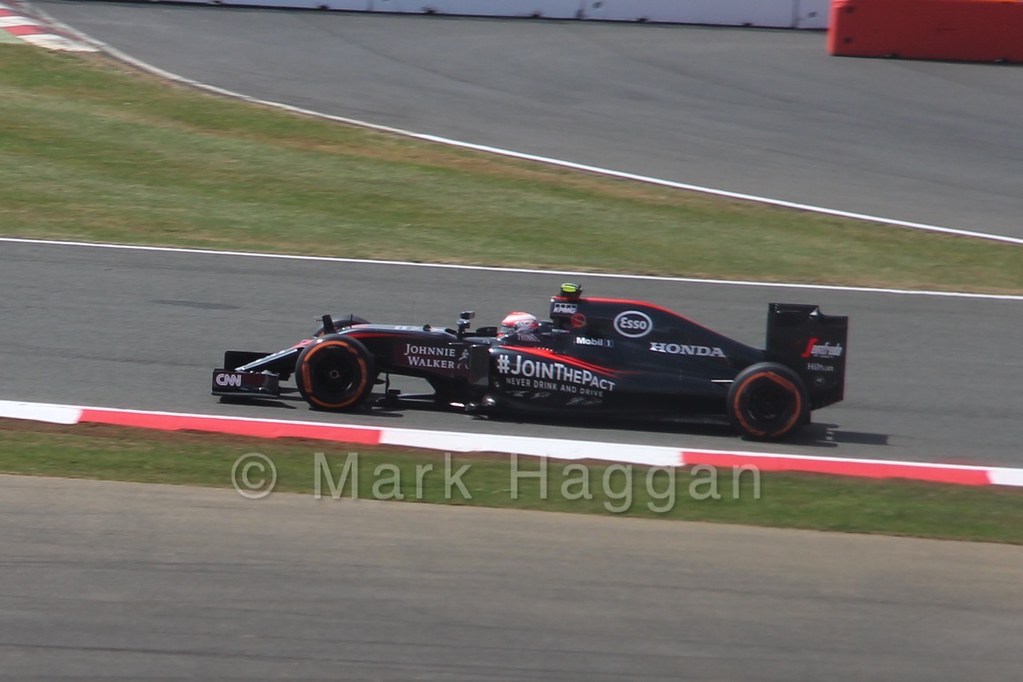 Unsurprisingly, Mercedes driver Nico Rosberg set the fastest time, although rather than two Mercedes at the top of the times, the two Ferraris of Kimi Raikkonen and Sebastian Vettel, splitting Rosberg from his teammate Lewis Hamilton.

Saturday morning saw a different view for us, as we headed to the Drivers’ Lounge, in the Lakeside complex, opposite the Stowe grandstands. As the name suggests, we had some drivers come to talk to us, with Alex Lynn being the first of the morning.

As well as having great entertainment and hospitality, the lounge has a fantastic view, and we spent FP3 beside the pit lane entrance.

A Williams goes past me into the pits… 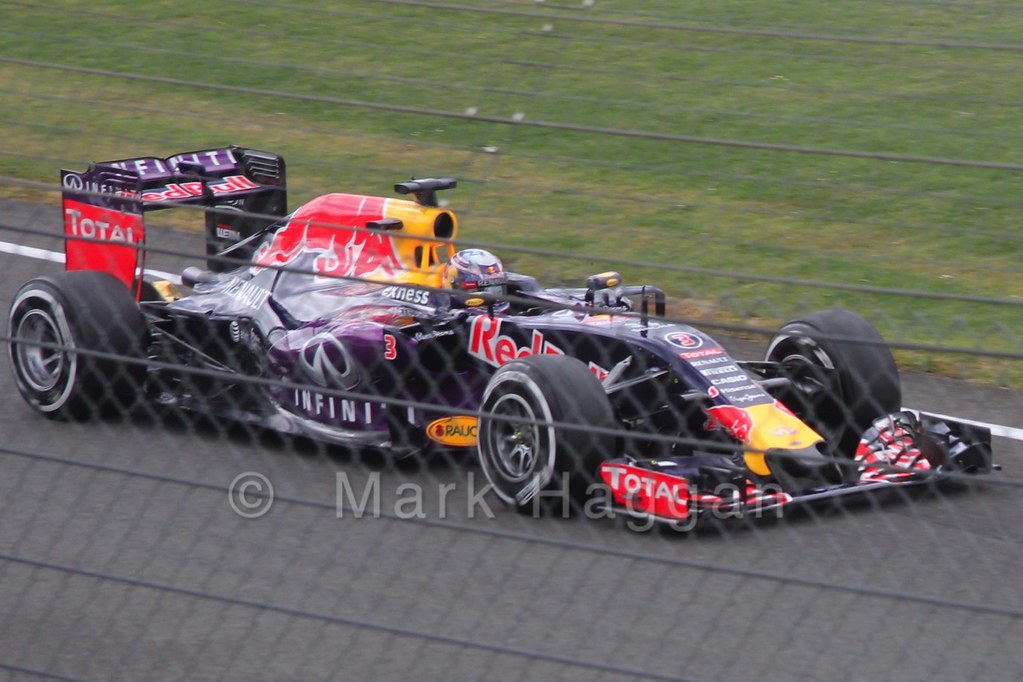 As well as a good view of the pit lane entrance, we also had a great view of the track too. 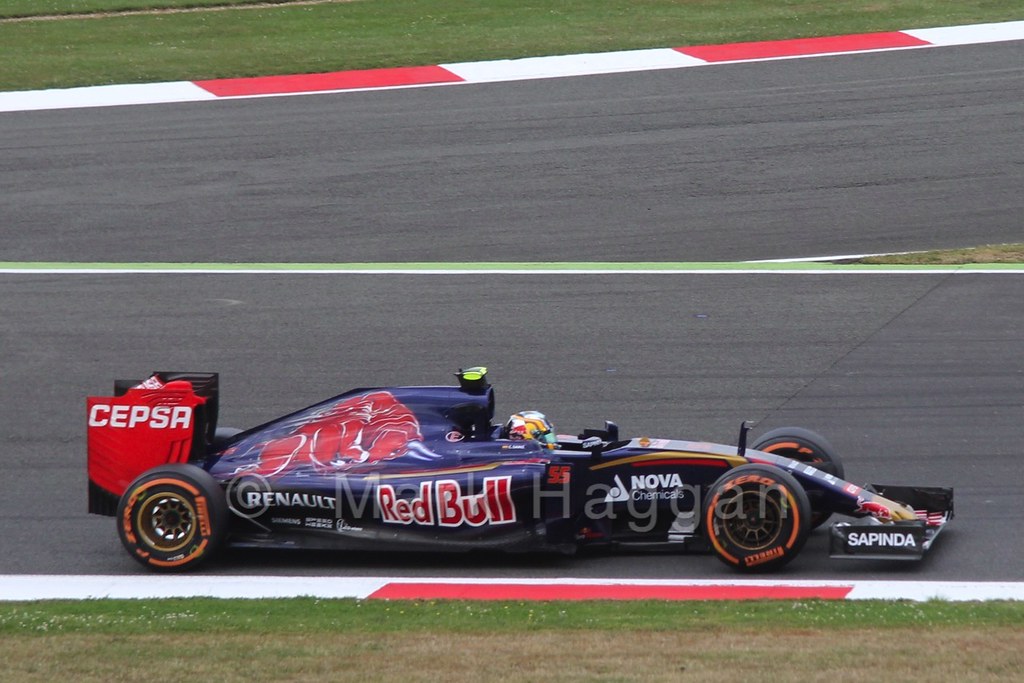 Back in the lounge, the ever pleasant Max Chilton appeared on stage and talked about his career and thoughts on Formula One.

Always nice to see the ever gentlemanly Max Chilton #BritishGP

There was plenty to entertain those there as well as the on track action and drivers, with Ultimate Event Dancers having various acts walking about.

A HUGE THANK YOU to our fabulous team of performers who did an absolutely amazing job at the #Silverstone #GrandPrix pic.twitter.com/YB7sjhPsse

The Royal Footmen who escorted us to our table did bemuse us somewhat.

Our #Showgirls and the #RoyalFootmen getting up to mischief at the #GrandPrix @SilverstoneUK #entertainment #events pic.twitter.com/7zZQwXZCLM

There was also a fantastic band who walked about and played all sorts of music in all sorts of styles, including a version of Fleetwood Mac’s The Chain, the theme to BBC’s coverage of Formula One.

Loved this version of Fleetwood Mac's The Chain yesterday. Seemed to be the most popular request for the band!

Up next was qualifying, and we were sitting by the track excited by the prospect of Lewis Hamilton wanting a good performance at his home Grand Prix against a team mate who seemed to be faster in most sessions of the weekend. The cars were soon on track, and there was much excitement. 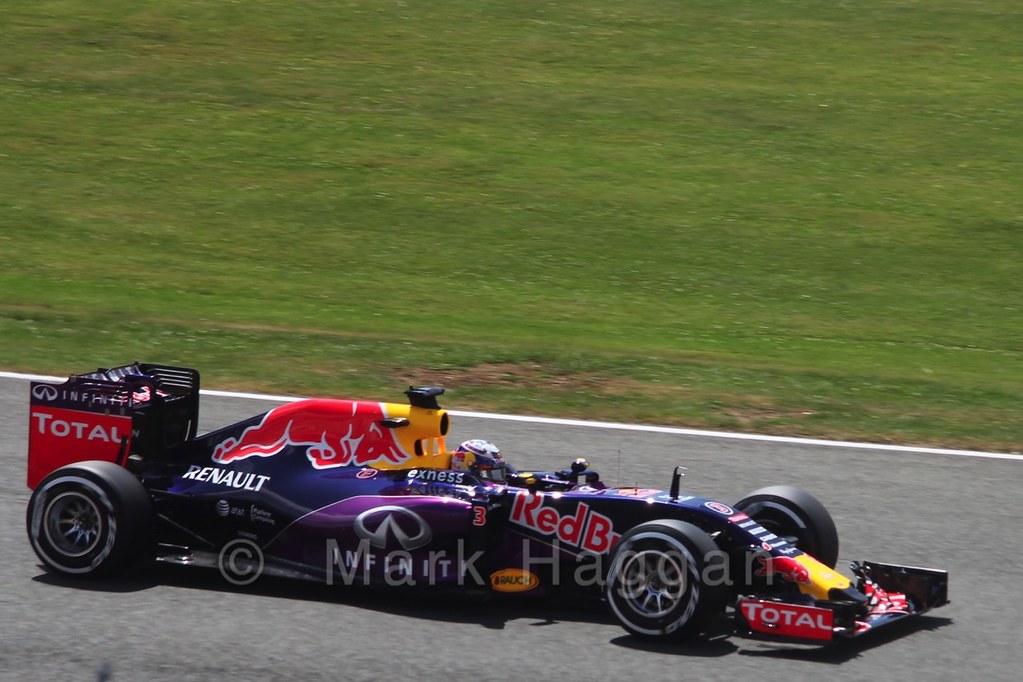 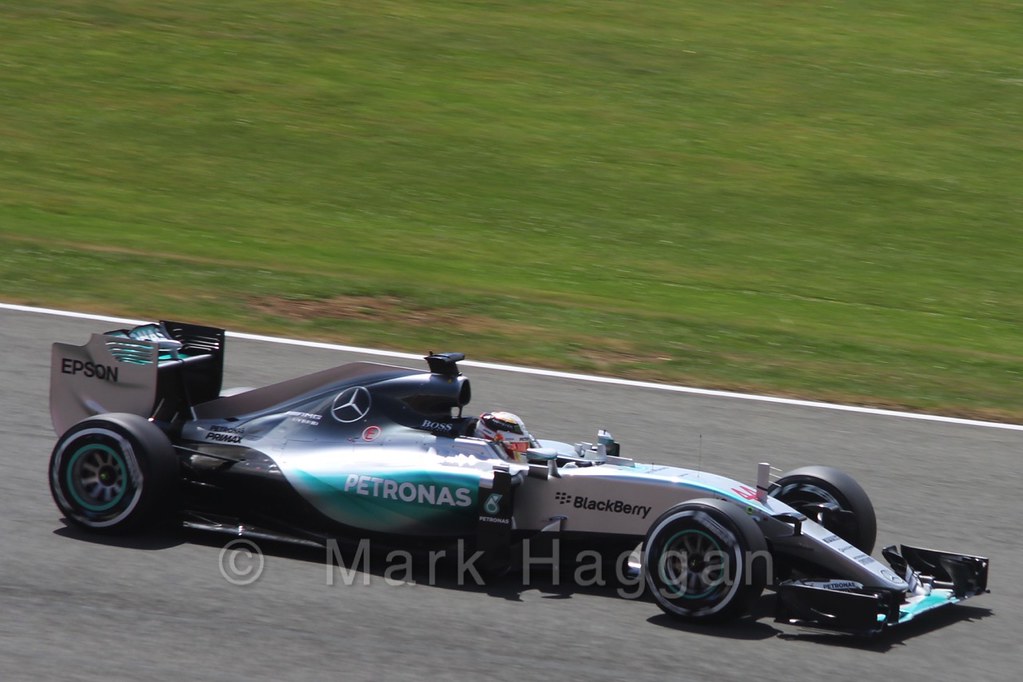 A fantastic qualifying session heard cheers of delight from the crowd as local favourite Lewis Hamilton set the pole time, with the Williams of Massa and Bottas also doing well.

Up next on stage was Mark Webber, who remains as popular as ever with the British crowd, as the group assembled by the stage eagerly awaiting his arrival showed. He was as entertaining as ever, and certainly did not disappoint his fans.

It was good to see Mark Webber at Silverstone at the weekend.

We had a great view for the GP2 race, which was up next, and a great tussle between drivers.

My view of yesterday's #GP2 race…

We enjoyed the rest of our afternoon there, before grabbing a lift back to the Copse tunnel with Hamilton. Sort of.

Nice to have a tour of Silverstone with Hamilton earlier…

We stayed in a hotel that evening with the Ferrari team and the Spice Girls. Our car looked rather normal in the car park alongside the team people carriers and Rolls Royces…

Sunday morning saw the GP3, GP2 and Porsche races, which were interrupted for me by a trip to a ticket booth to buy my 2016 Grand Prix tickets, before the Formula One drivers headed off on their traditional tour around Silverstone on a flat bed truck. 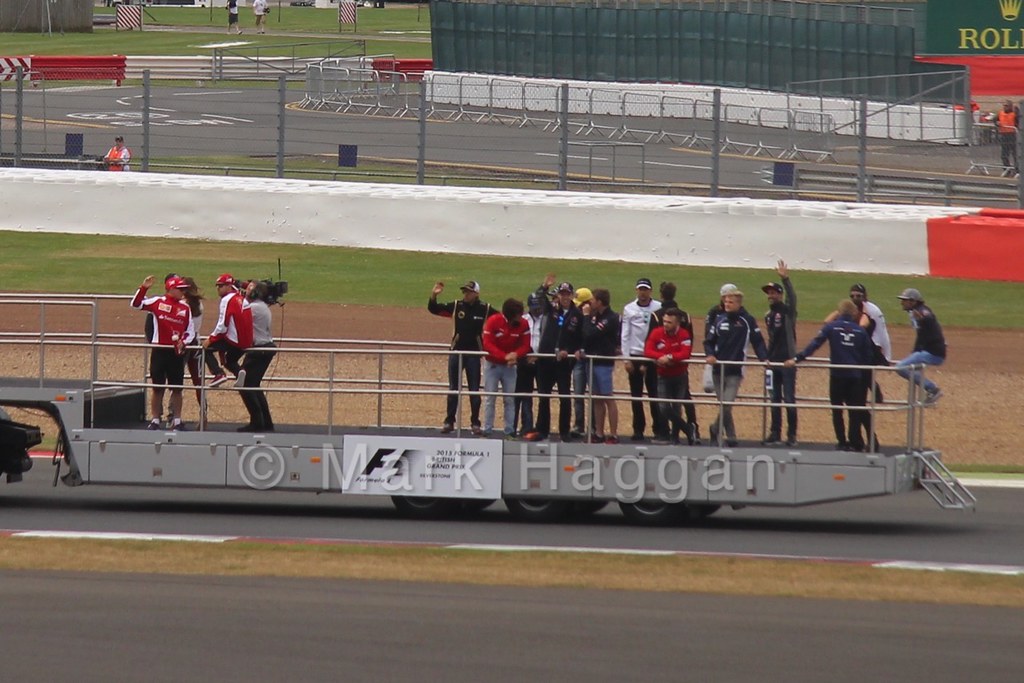 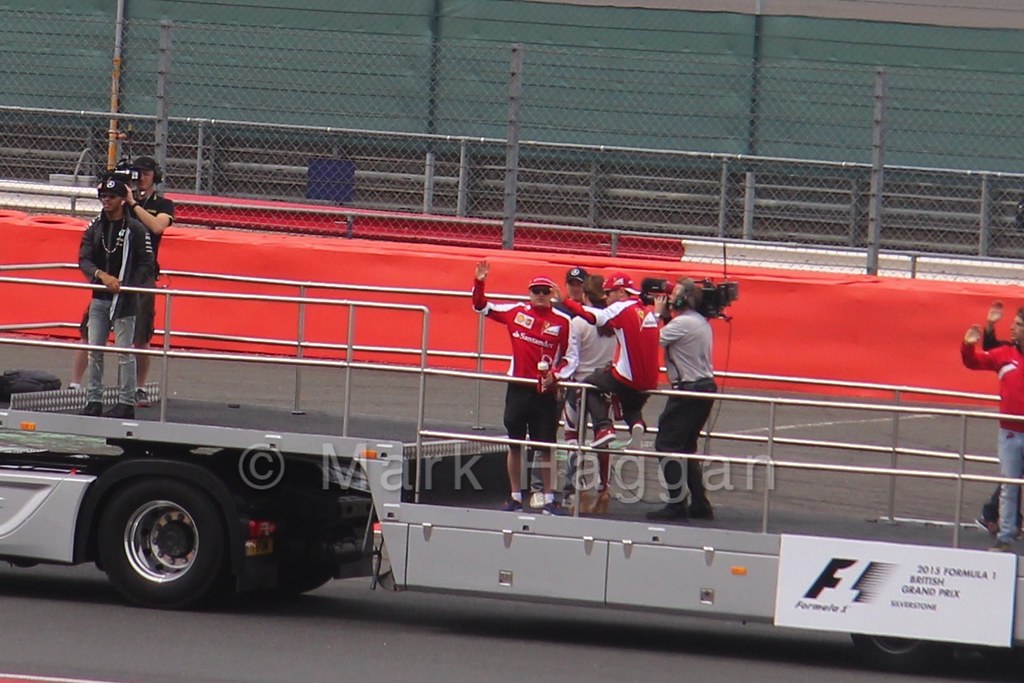 The race started with the sun shining, but with only nineteen of the twenty drivers on the grid, as problems saw Felipe Nasr retire when his car stopped at the end of the Hangar Straight before he even got to the grid. Hamilton and Rosberg watched each other across the grid, and as the cars raced off for the first time, they were both surprised as the two Williams cars made their way to the front of the pack, to the surprise of everyone. They led the Mercedes before the first round of pit stops, that saw Hamilton taking the lead. It seemed that he would continue there until the end of the race when the skies got darker, and we could see rain in the distance that moved closer and closer to the track. Rosberg was catching Hamilton quickly, and Hamilton dived into the pits for intermediate tyres, just as the skies opened and the rain got heavier. It was inspired timing, and put Lewis safely in the lead, and Vettel, always good in the rain, moved through the field to third place. Hamilton scored a third British Grand Prix win, and there were loud cheers as he completed his lap of honour. 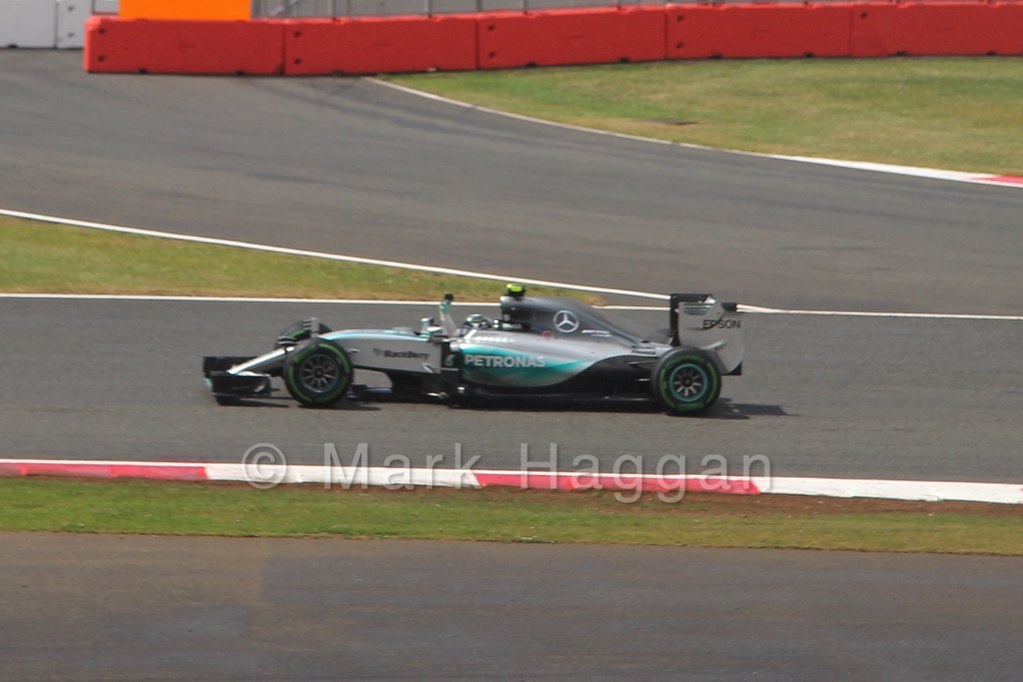