This weekend saw the first event of the BRSCC calendar. For those not familiar with the British Racing & Sports Car Club, it has been around since 1946 and current organises various races and events, with the GT series being one of the more famous, through various types of motor sport. The BRSCC event at Silverstone this weekend had plenty of variation, with both the national and international circuits in operation.

I spent the day at the national circuit, and at various vantage points as the qualifying sessions and races progressed. Among the various series that were racing were Ford Fiestas, a long time favourite on Britain’s roads.

Similarly, there was Mazda MX-5 racing, both in the form of the MX-5 Championship and the MX-5 SuperCup, both of which saw plenty of action on the track.

Next up was the Excool OSS championship. For those not familiar with it, the OSS in question is the Open Sports Series, with various categories within the series racing. To give you an idea of the variation of competitors as well as cars, Ginger Marshall was celebrating his 55th year as a racer, after his first race at Easter 1960, whilst the youngest competitor was 16. It is a fantastic series with plenty of excitement, as well as great cars out on track.

One of the great things about an event like this is how close you can get to the cars and the competitors at events, and it was quite a sight to see the cars making their way to scrutineering, and then back to their respective teams.

After some more Mazda action on track, we had the Toyo Tires Honda VTEC Challenge twinned up with the 4Two Cup. As you might have guessed, this is made up of various Honda vehicles racing alongside a series of Smart cars. It was a dramatic first lap with a coming together meaning that two cars stopped beside me. 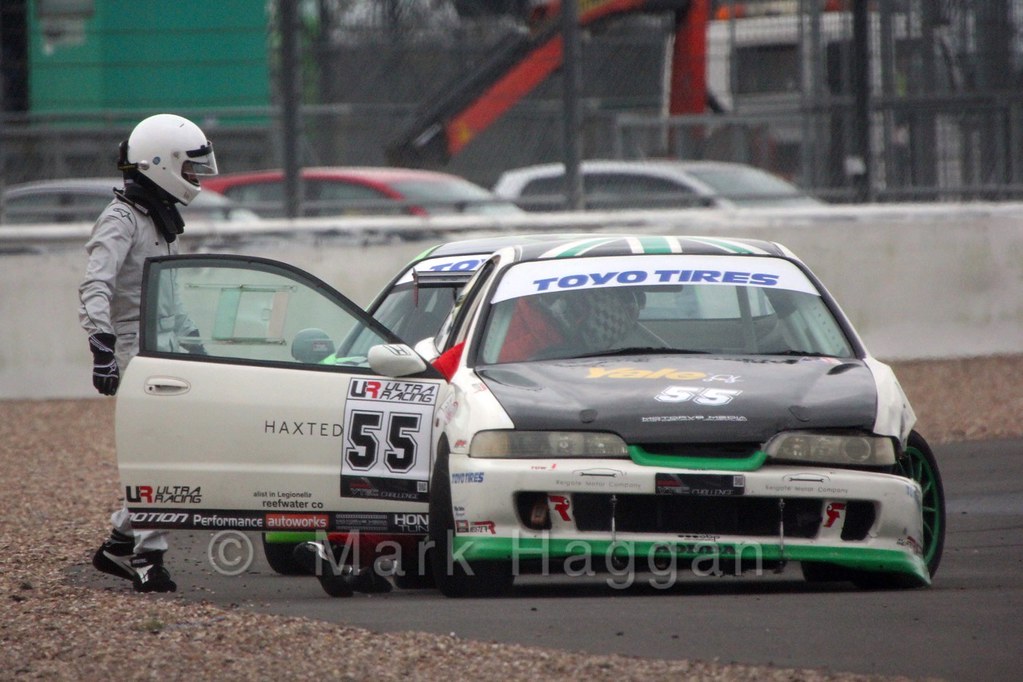 Up next was Formula Jedi. I’m a fan of Jedi racing, an exciting single seater series that seems to constantly produce not just fast racing but plenty of overtaking and pushing for position. This race was no different, and I had the bonus of watching it with Ryan Harper-Ellam’s father, as we watched him push through the field to a second place. Ryan is a member of the MSA Academy, which helps to develop some of the top talent among the young drivers. Ben Hingeley, who recently became the UK’s first attendee of the Ferrari Drivers’ Academy, was also racing.

As well as a safety car and watching Ryan move through the ranks, there was more drama at the end of the race as Richard Gittings came to a stop almost in front of us, with his car then recovered as the race finished.

I’m a bit closer to the Jedis than I expected. #FormulaJedi #BRSCC #Silverstone A photo posted by Mark Haggan (@markhaggan) on Apr 4, 2015 at 9:14am PDT

Up next was the series that actually attracted me along to Silverstone for the day. The BRSCC Fiesta Junior championship is a relatively new series that provides young drivers with an opportunity to race. After a twitter conversation with the mother of Carlito Miracco, I decided to go along and see what it was all about. There was a relatively busy grid, and plenty of young drivers aiming to make a name for themselves. Carlito’s car was being prepared for the race as I passed by the pit garage, and soon I saw it out on track.

Looks like Carlito Miracco's Fiesta will be spotless for qualifying.

The drama in this session was courtesy of Alex Tait, who had a car fire which started just as he was driving by me. It quickly went from some orange flames under the car to plumes of smoke filling the track and the flames growing. Alex handled the situation admirably, and although he was not able to race on Sunday, should be back in time for the next event at Snetterton. 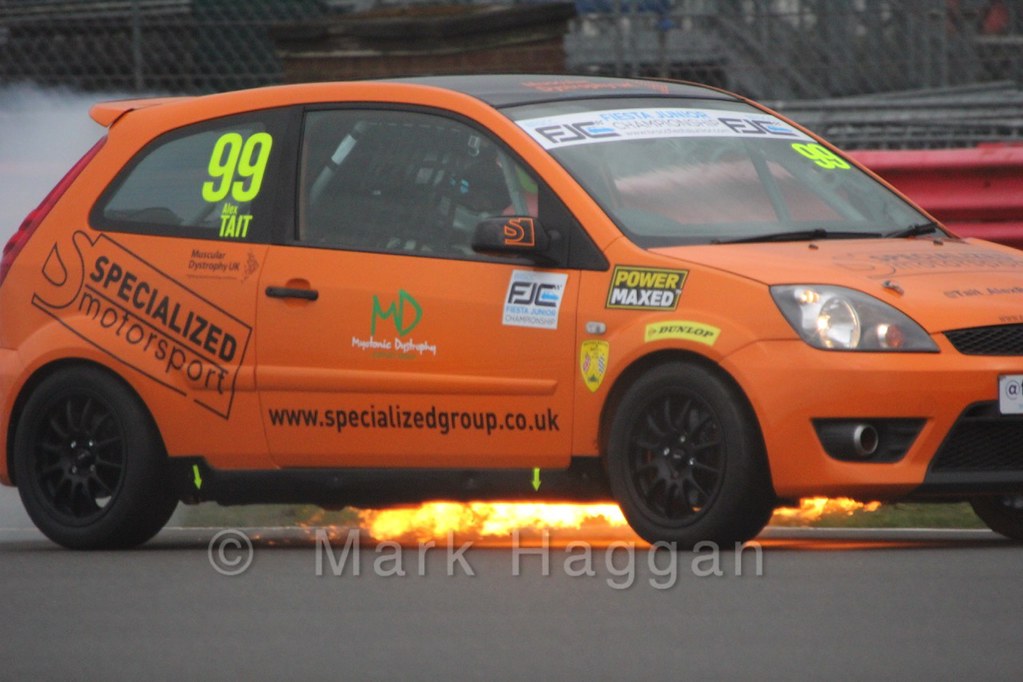 Here are a few more photos of the Fiesta Junior Championship.

Another fantastic event at Silverstone, with plenty of racing and lots to see and do, with good access to the teams and drivers. I really enjoyed it, and do recommend it. You can see the calendar of events for the BRSCC by clicking here. Oh, and you will be pleased to hear that Carlito had a good finish in the race, with a sixth place. Well done!