I was lucky enough to spend last weekend as a guest of the BRDC – the British Racing Drivers’ Club – for the Silverstone Classic event across three days, featuring historic cars of various vintages.  The BRDC were excellent hosts, and spending time in their clubhouse, with superb views of the track, as well as in the President’s Suite in the SIlverstone Wing was a quite wonderful way to spend the weekend.  One of the highlights, though, was a trip to the BRDC Archives, with Steph, the archivist.  The  archives are in the farm at the centre of Silverstone, not far, as you would expect, from Farm curve. The building looks like a farmhouse from the outside – as it was built to be – with a plaque on the wall giving an idea of its current use. 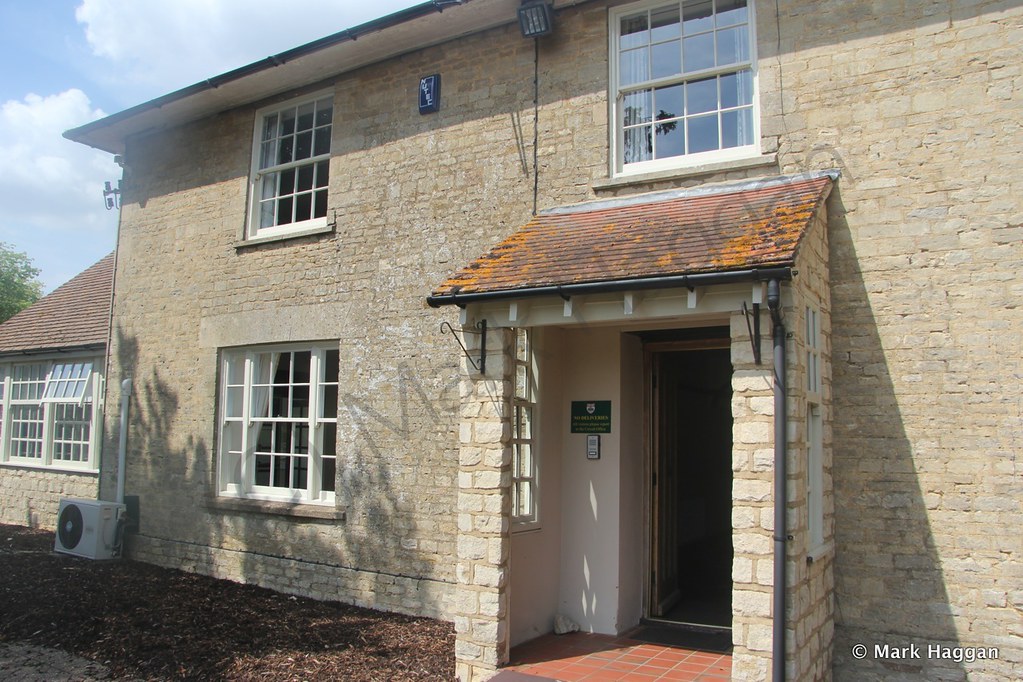 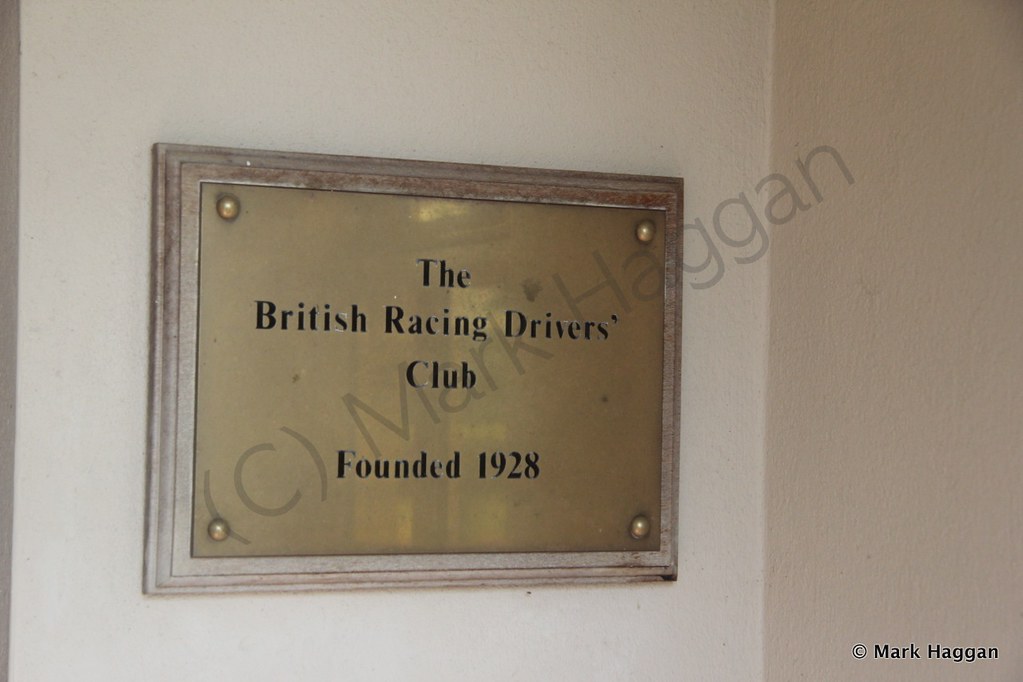 Inside, at first inspection, the building looks a little like a lived in farm house, but look closely behind the surface of normal living, and there are some incredibly exciting things to see. 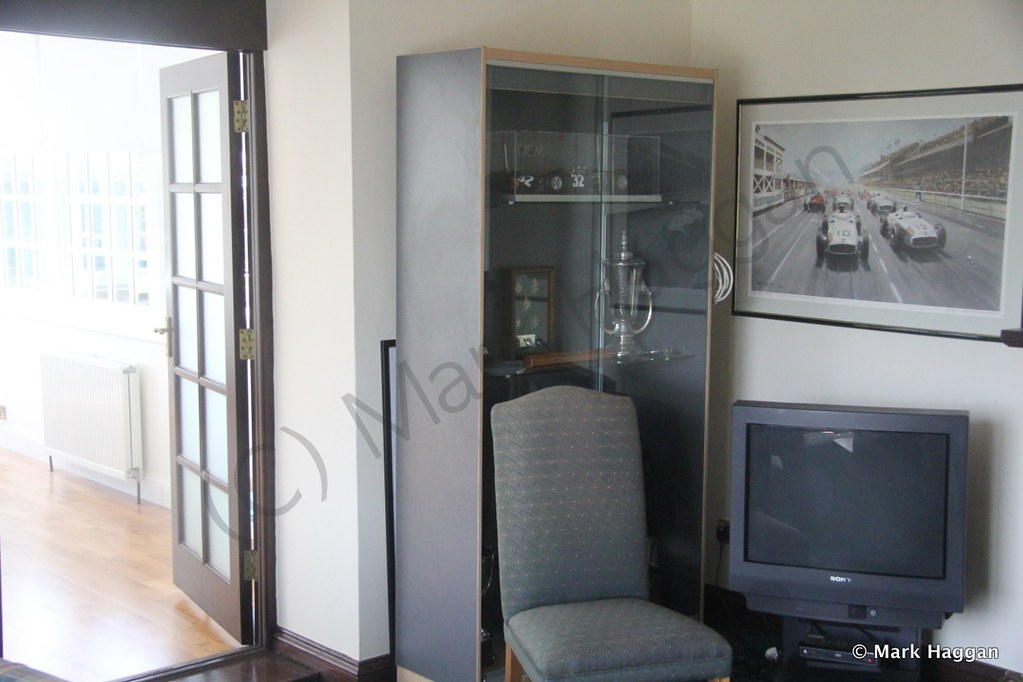 There is a well stocked library with just about every book you can think of related to motor sport, and a collection of editions of Autosport.

There is also a series of documents that track motor sport right back to the early 20th century. I was amazed to be able to hold the original application forms for membership of the BRDC back in 1928, as well as various documents relating to drivers and races, including of course, Grands Prix. We were also delighted to be able to hold the original signing on forms for various races, including the British Grands Prix of 1975, 76 and 92. It was quite incredible to be holding the forms signed by the likes of Niki Lauda and James Hunt for the races in the 1970s, and of course, by Ayrton Senna, Nigel Mansell and Michael Schumacher for that famous race in July 1992. I was like a giddy child in a sweet shop when in the room full of these forms. I’m still amazed at the motor racing history that was to be seen. 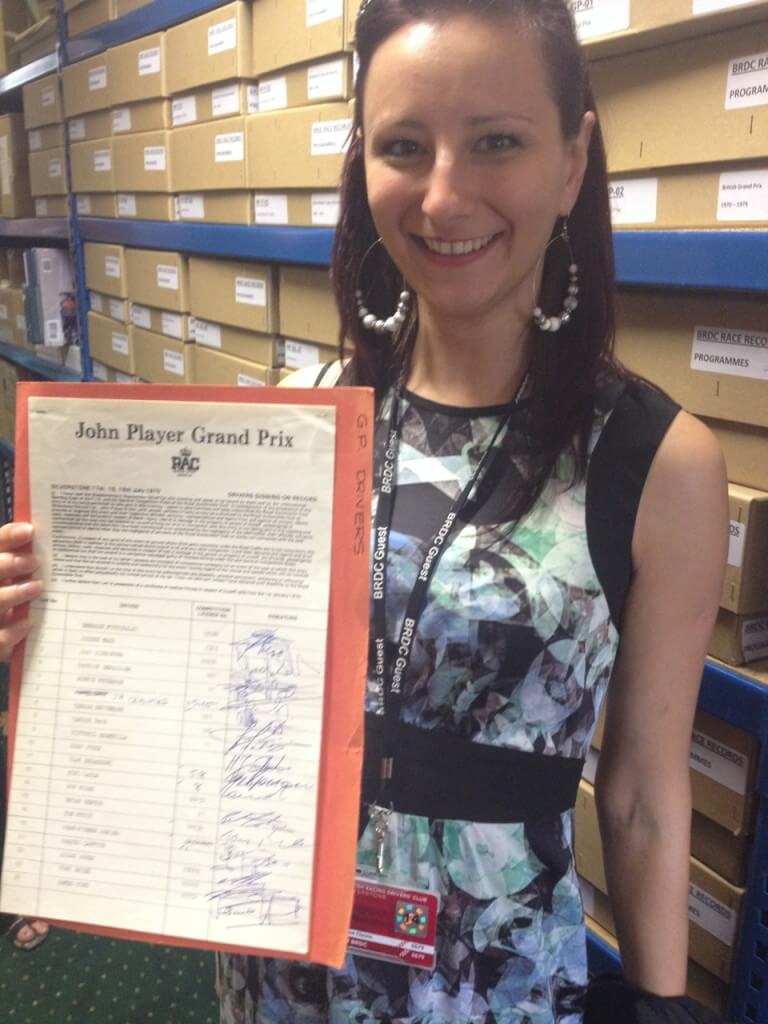 The sign on form for the 1975 British Grand Prix 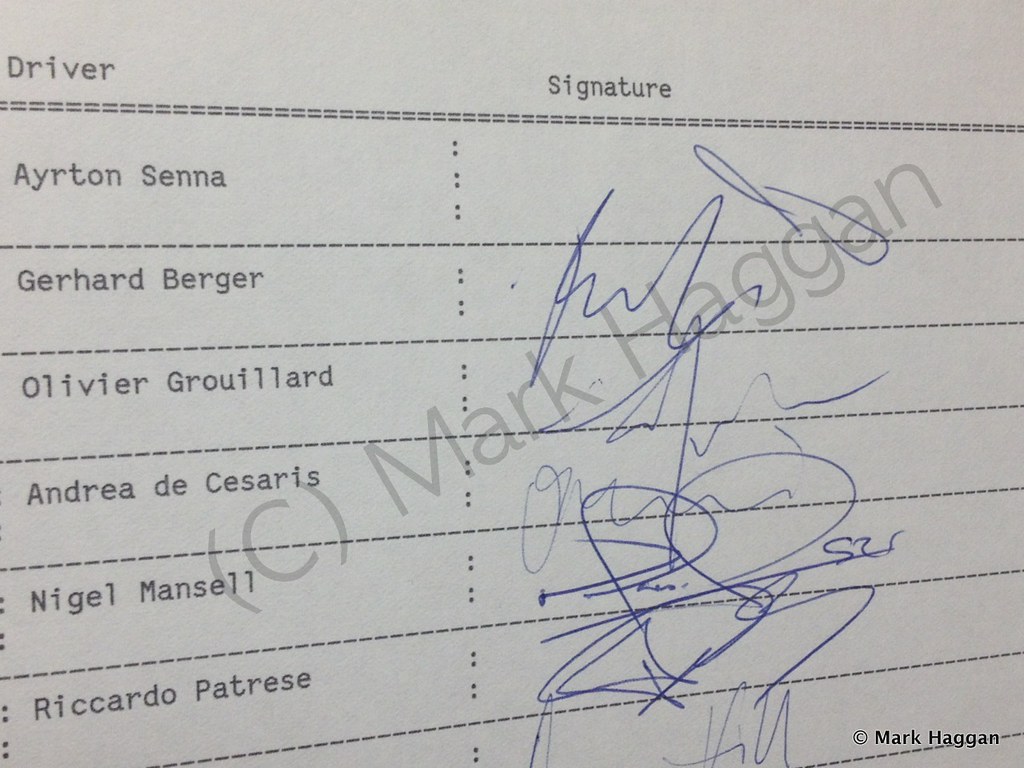 Steph has been working as the archivist for the last five years and has done a fantastic job of sorting and cataloging the various records, and hopes to find a way to put some of these records on public display. I do hope that she is successful; I could spend hours if not days looking through them.

If that was not enough – and it was more than enough to get me very excited – there were plenty of other things to see too, with trophies and other memorabilia around the building. I particularly like the five gold stars awarded to James Hunt by the BRDC.

My most recent trip to Silverstone was unforgettable for many reasons – the trip in the Safety Car, access to the pits, being in the garage with Sir Stirling Moss as he came back from his laps on circuit – but it is the trip around the archives that really stands out for me. A wonderful insight into the history of motor racing.