I have mentioned before that I grew up in the town of Larne in Northern Ireland, and that this is a ferry port, with me being mistaken for taking part in an air sea rescue there, as well as pointing out the rather noticeable landmark of Chaine Memorial Tower, which is very visible to those sailing in or out of the harbour. Another local landmark is The Maidens, two islets and a few related skerries that are found just off the coast.

The rocks were inspected back in 1819 for their suitability for a lighthouse, and in 1824, the Inspector of Lighthouses, George Halpin, designed a lighthouse for each island. On the 5th January 1829, the lights were switched on, less than 1km apart. The lighthouse keeper and family for each lighthouse was required to live on the island all year, and in the 1830s, the story goes that the assistant keeper of one of the lighthouses fell in love with the daughter of the keeper of the lighthouse on the other island. Her father told her that she could not meet him, and they eloped to Carrickfergus, which is only a few miles away on the mainland.

The East Tower had the quality of its light improved in 1903, which led to the West Tower being abandoned. The lighthouse on the West Tower remains intact, although the living quarters have fallen into disrepair in the more than a century since the abandonment. 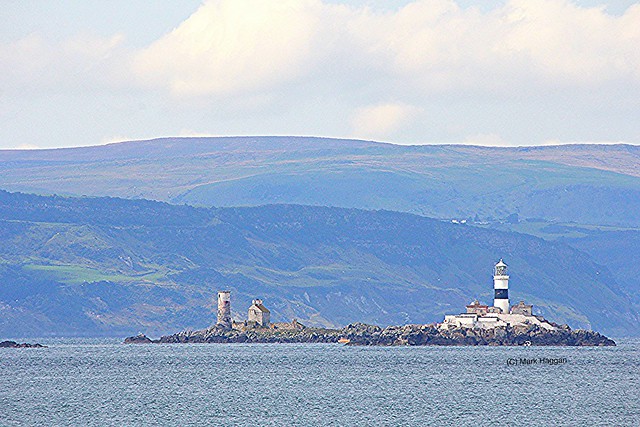 In 1977, the remaining lighthouse was automated, falling under the remit of nearby Ferris Point. On a foggy day – and there are many of them – the beam from the lighthouse cuts through to the mainland. 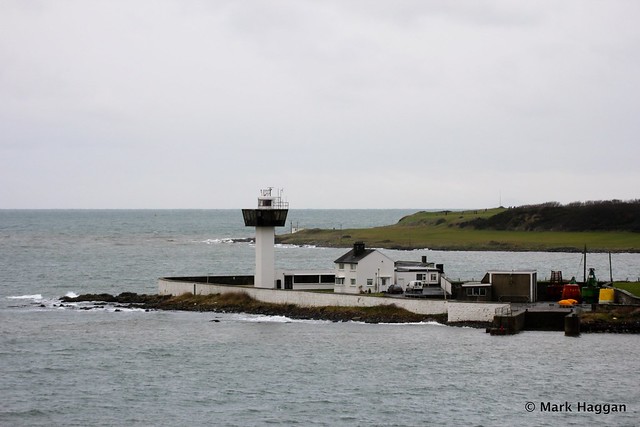 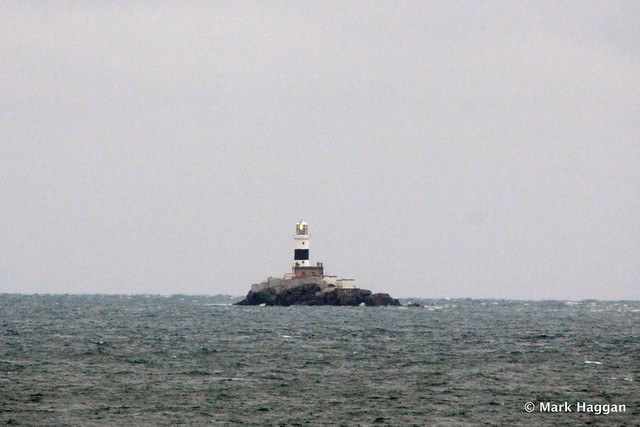 As a child, one of the striking things about the now abandoned West Tower is that, from the right angle, it looks a bit like a submarine just raised above the water. A few visitors have squinted off towards the sea and asked what was going on out there.

It does seem that the area likes to have more unusual lighthouses, between this and Chaine Memorial Tower.