I wrote recently about Carrickfergus Castle, and how easy it was to find in the centre of the town. Nearby and a short stroll along the Marine Highway, the road that runs along beside the sea, is Marine Gardens, home to the Carrickfergus Cenotaph. Whilst the cenotaph has been easy to spot for quite some time, the recent addition of a Churchill tank makes it even easier to see. 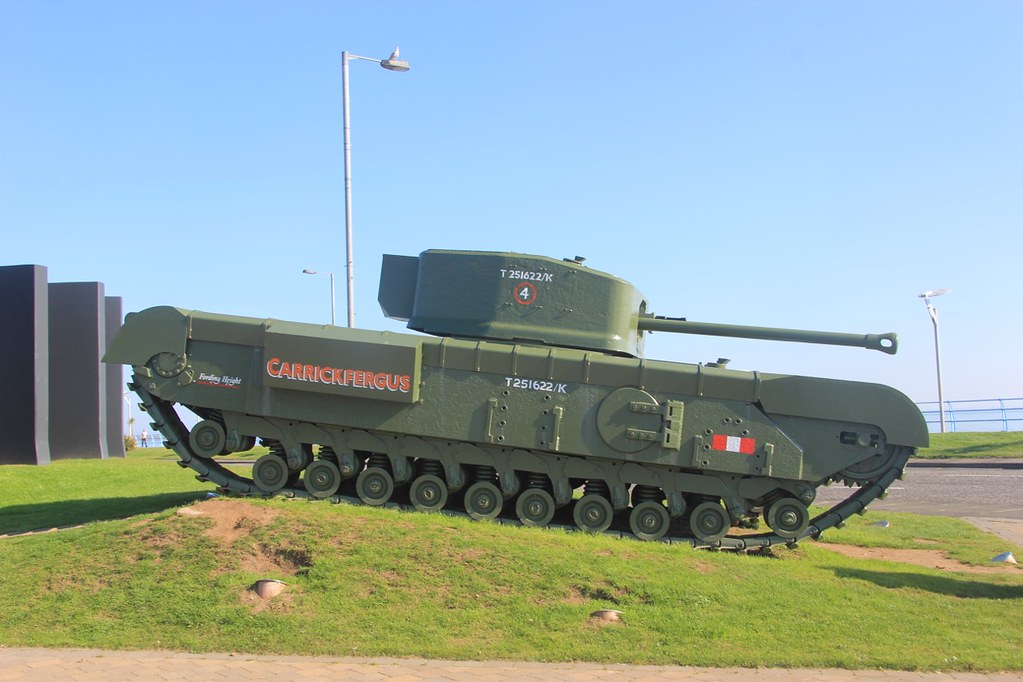 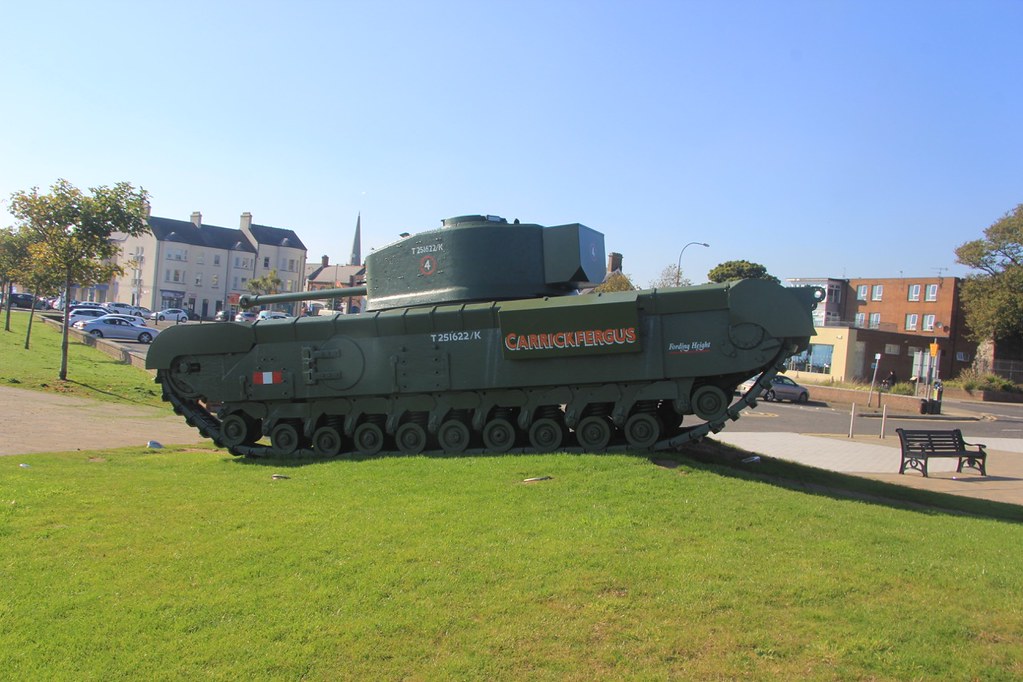 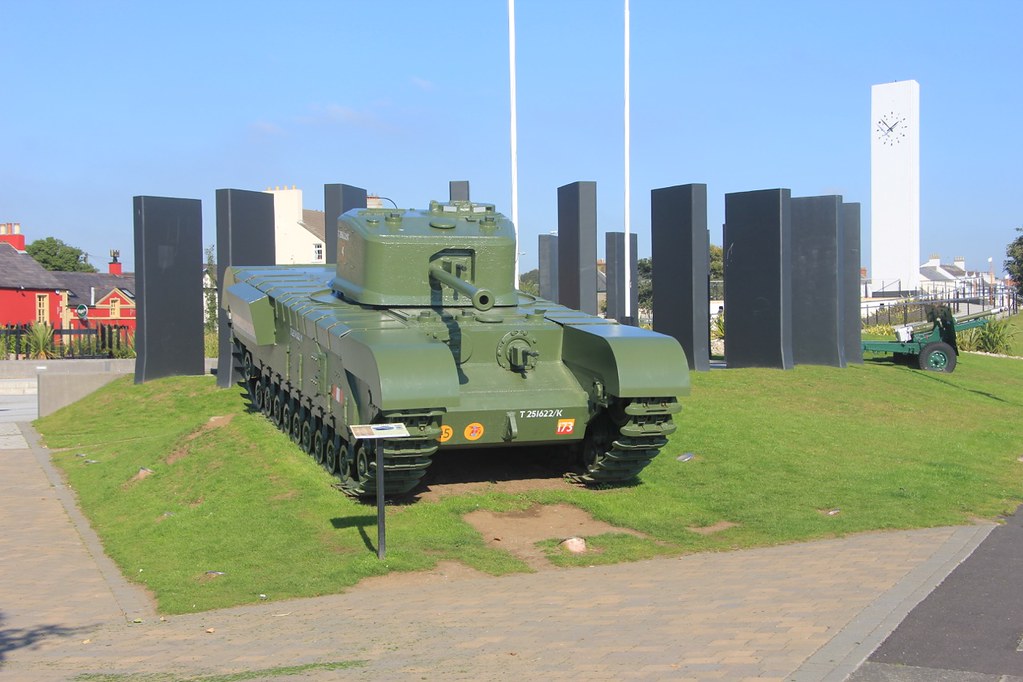 Churchill tanks were designed and built by Belfast’s Harland and Wolff, with some of them being built in Carrickfergus during The Blitz, when Belfast was under aerial attack. The tank in Carrick has been restored through work by keen amateurs, Army reservists, experts from the Railway Preservation Society of Ireland, and by young people from the nearby young offenders’ centre. A plaque located by the tank helps to tell the story. 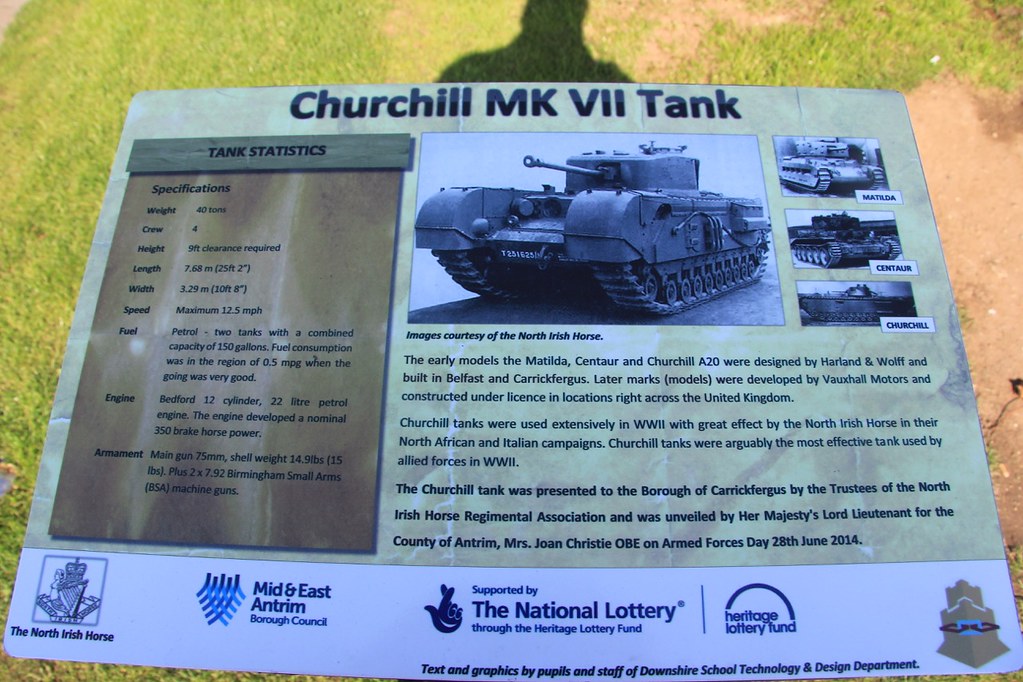 There is a field gun beside the tank, on the other side of the cenotaph. 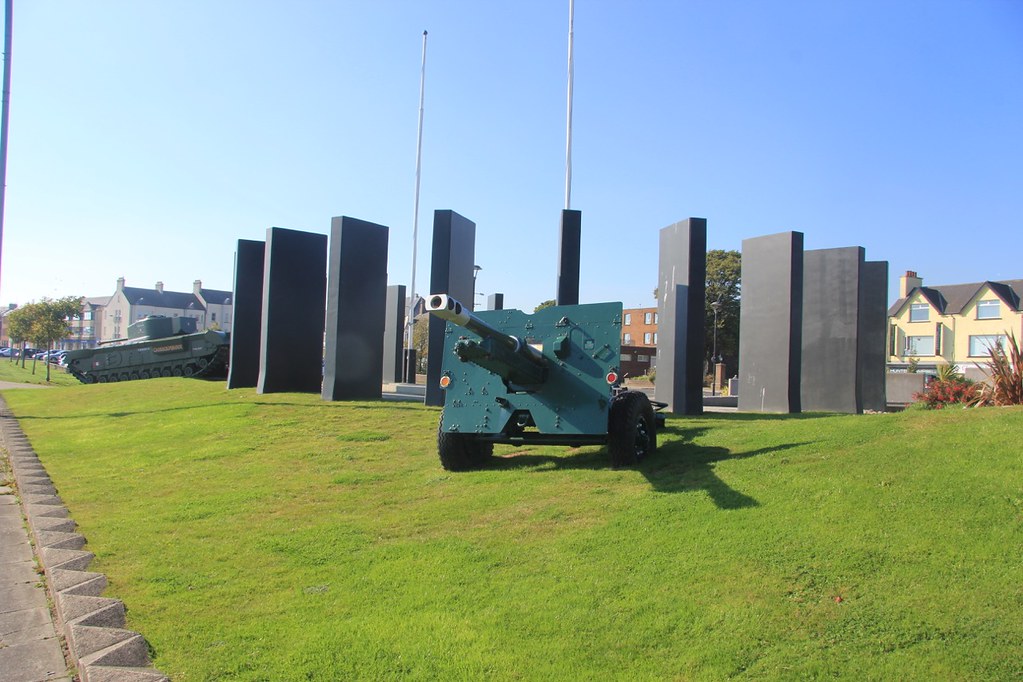 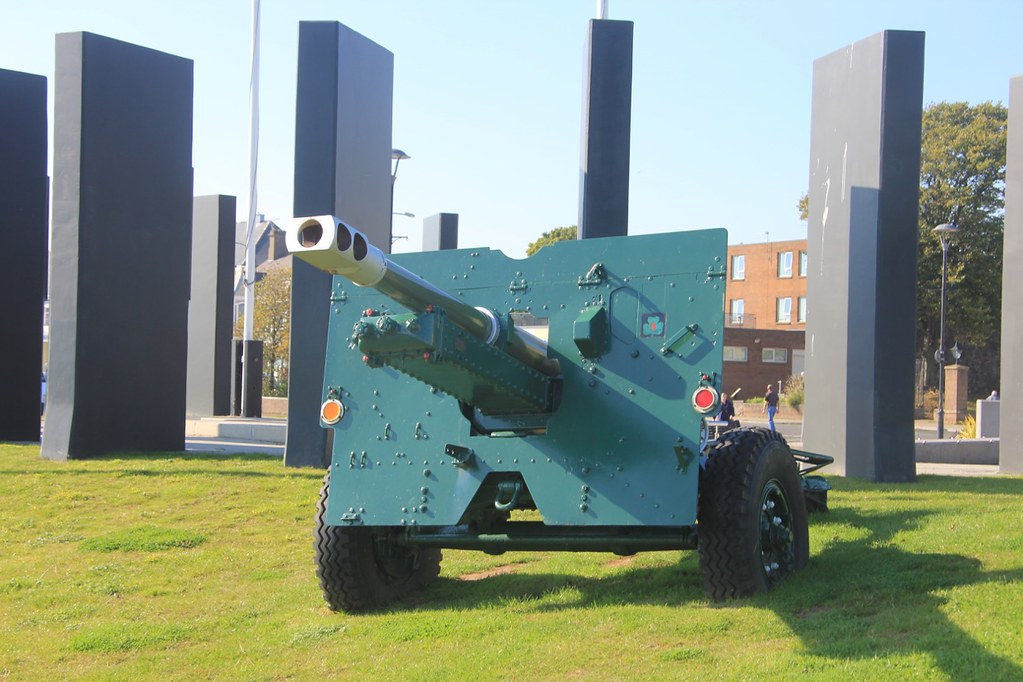 The cenotaph itself acts as a memorial to the locals who died in war. 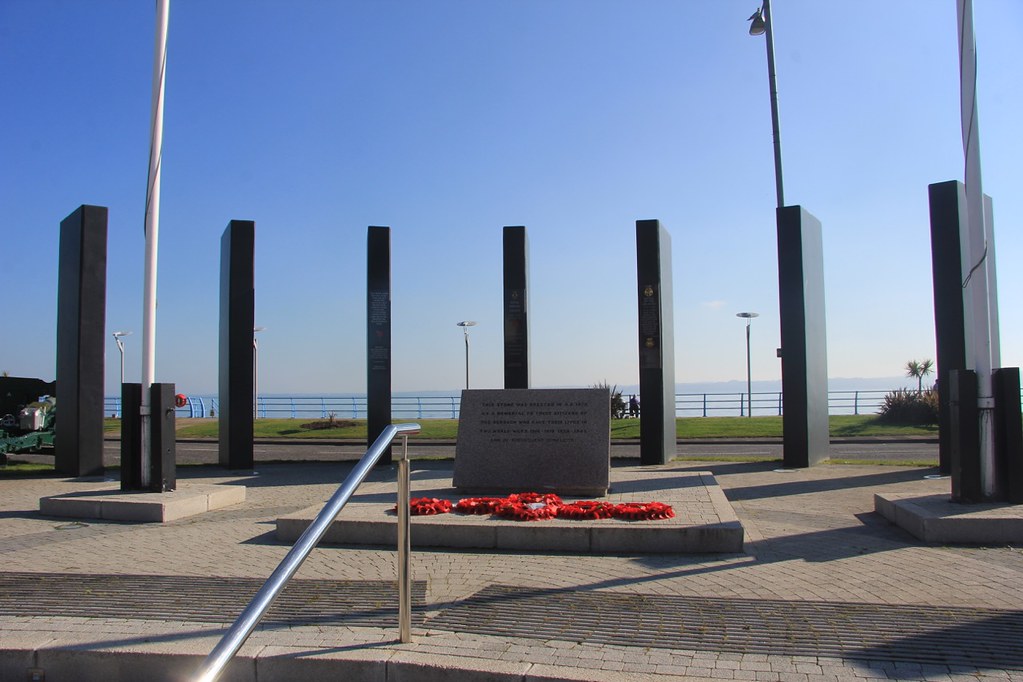 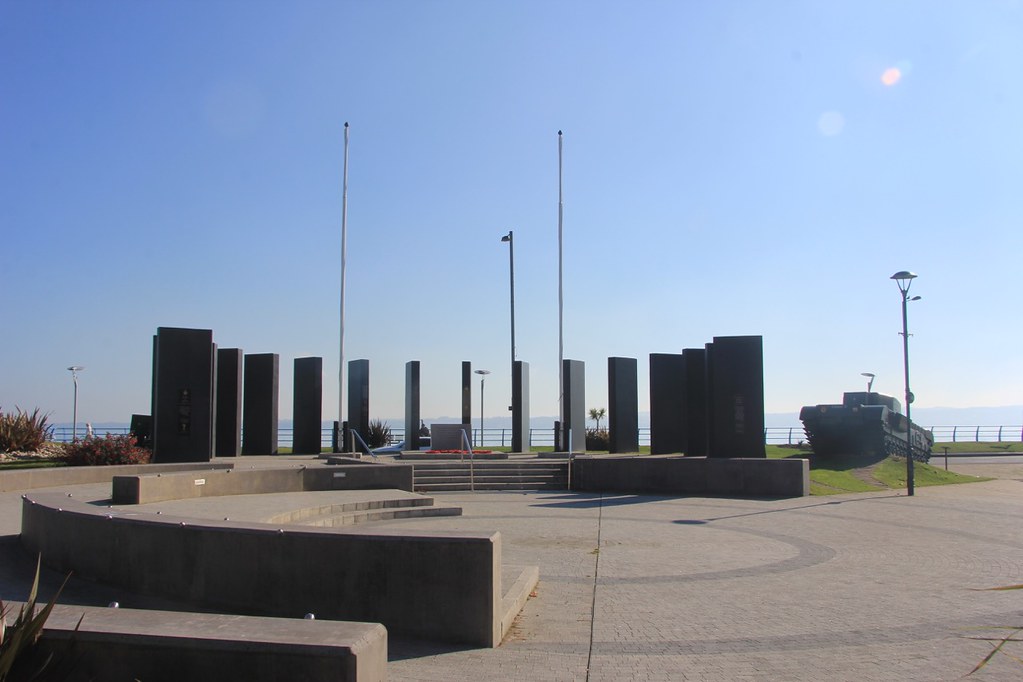 There are plaques to remember those who served in various conflicts over the last century. 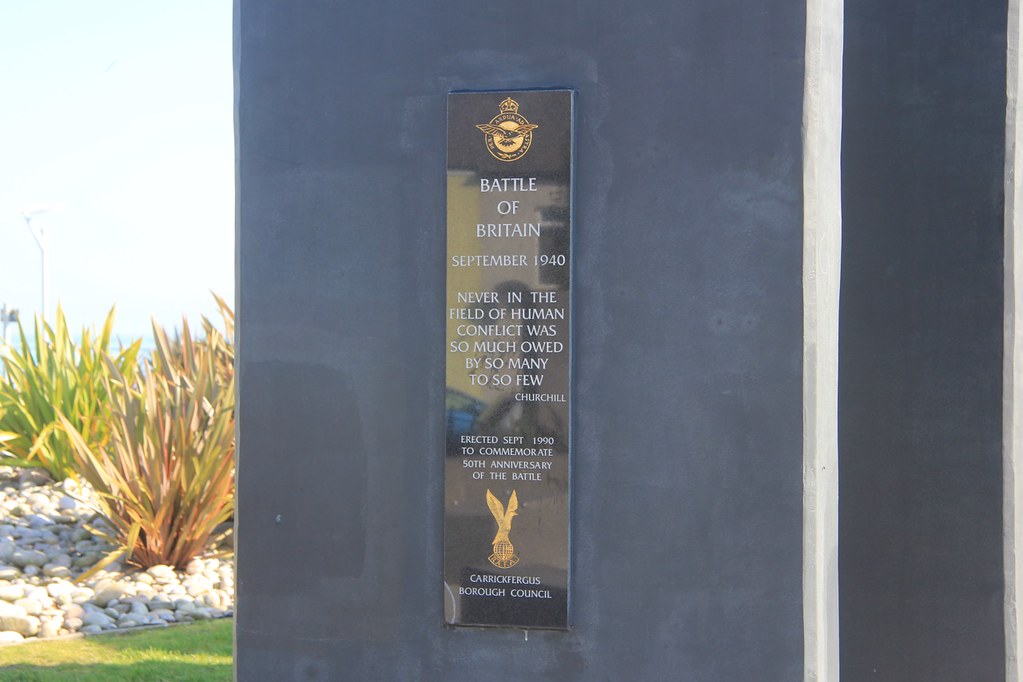 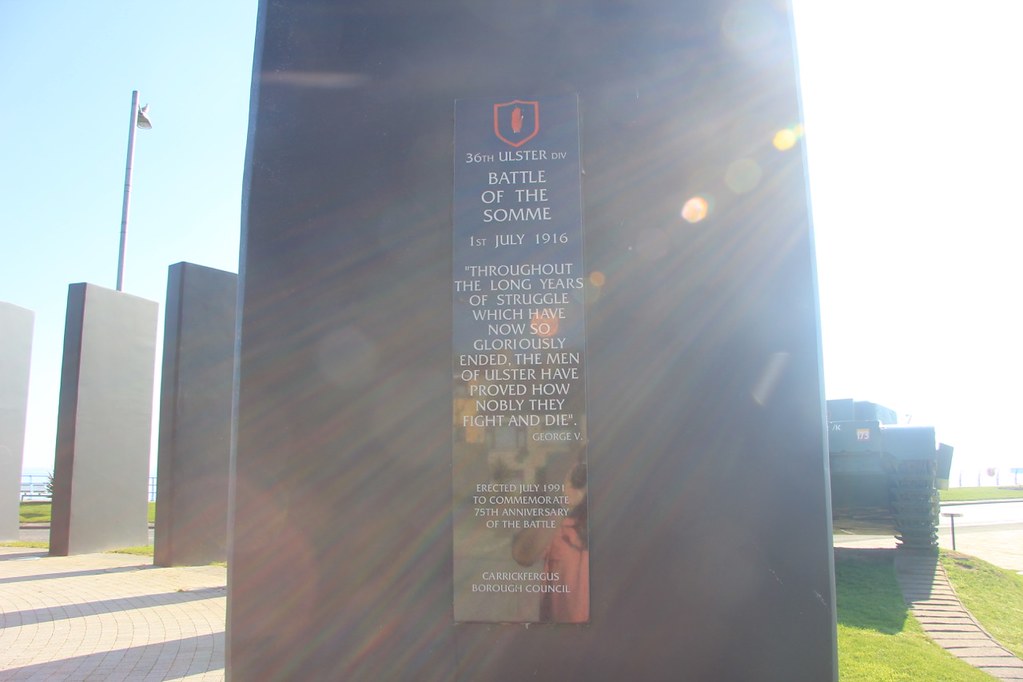 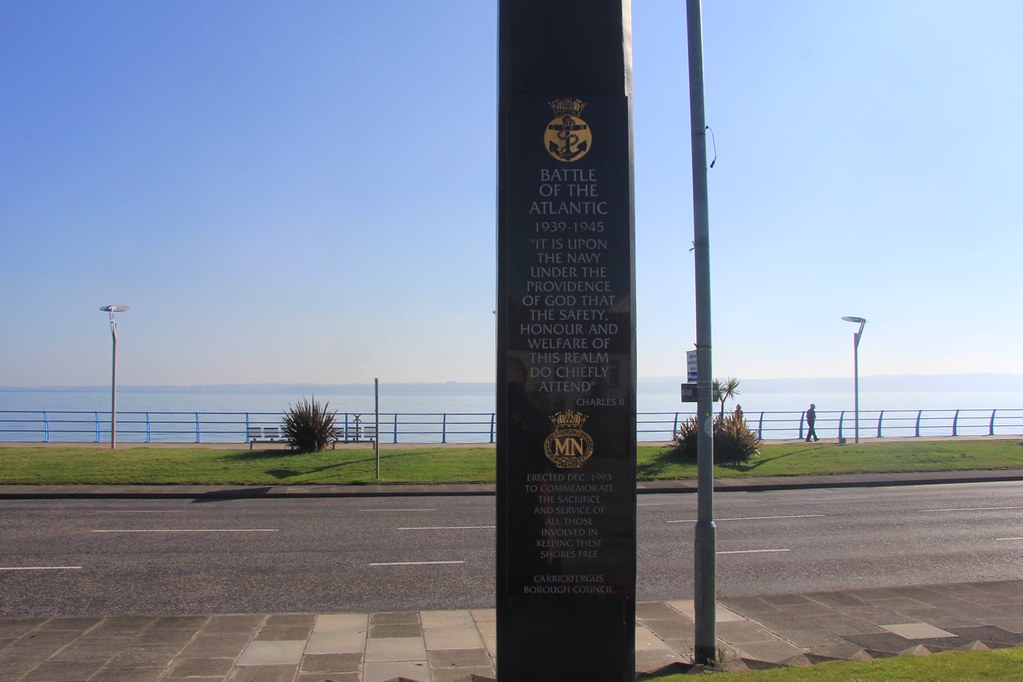 Of course, Northern Ireland has seen its own conflict during The Troubles, and there are memorials to some of the victims of that conflict. 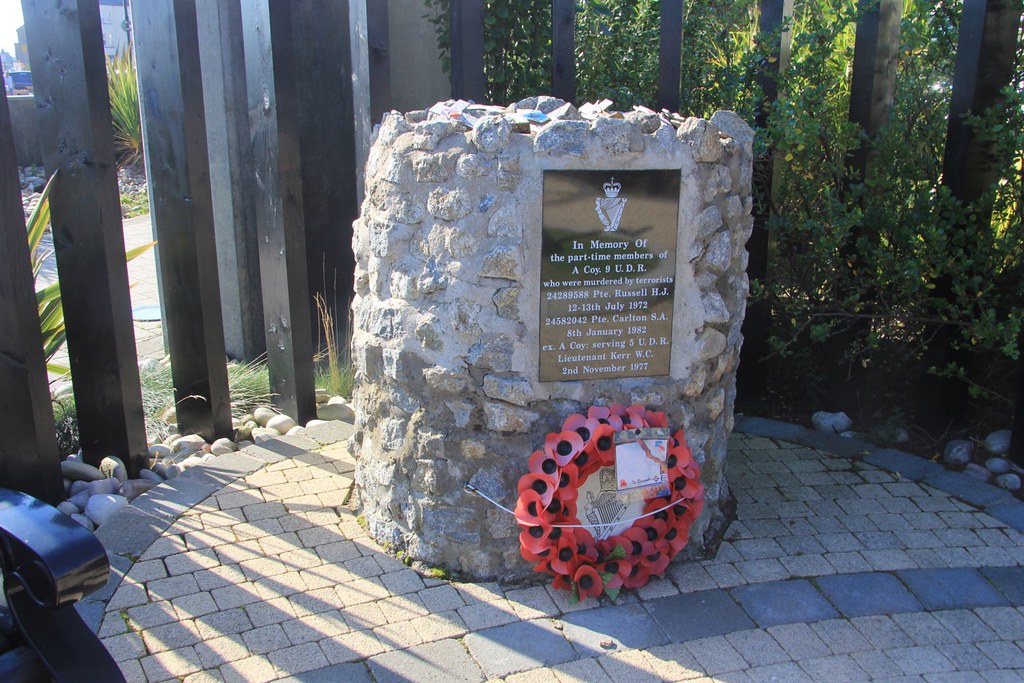 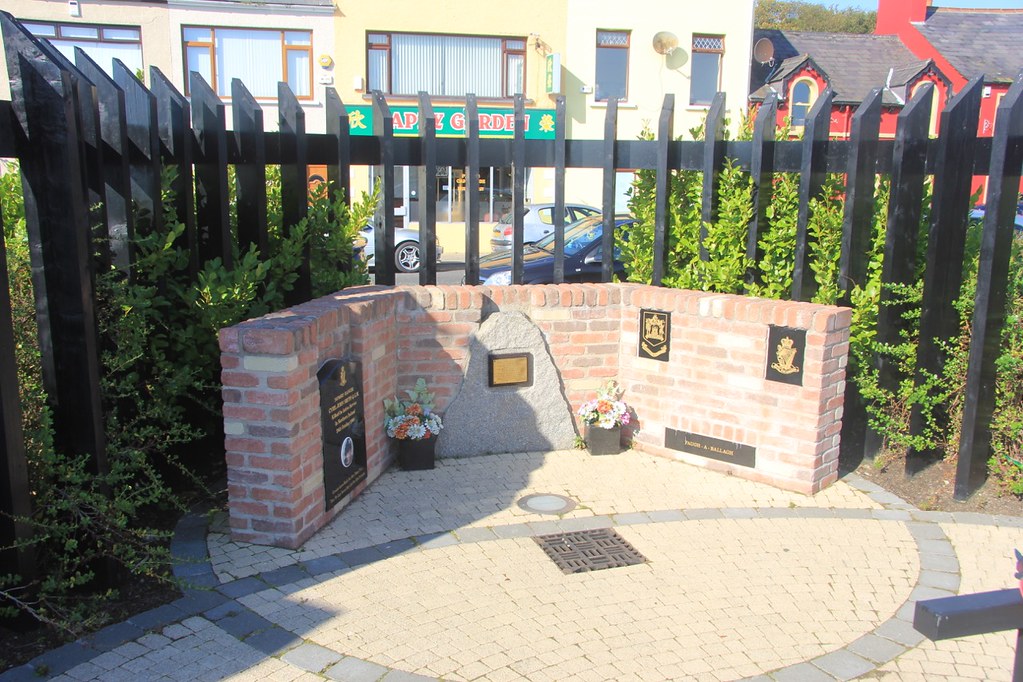 Among those is one to Ranger Cyril Smith. In 1990, a yellow van approached Cloghoge Mountain vehicle checkpoint near Newry, with the driver shouting “There’s a bomb!”. This was a proxy bomb, the Provisional IRA’s version of a suicide attack, only rather than one of their members driving the van, this was a member of the public who had been kidnapped and his family held hostage to force him to carry out such a heinous act. Ranger Smith rescued the driver, and in attempting to warn his colleagues, was killed in the subsequent explosion. He was awarded the Queen’s Gallantry Medal for his bravery. 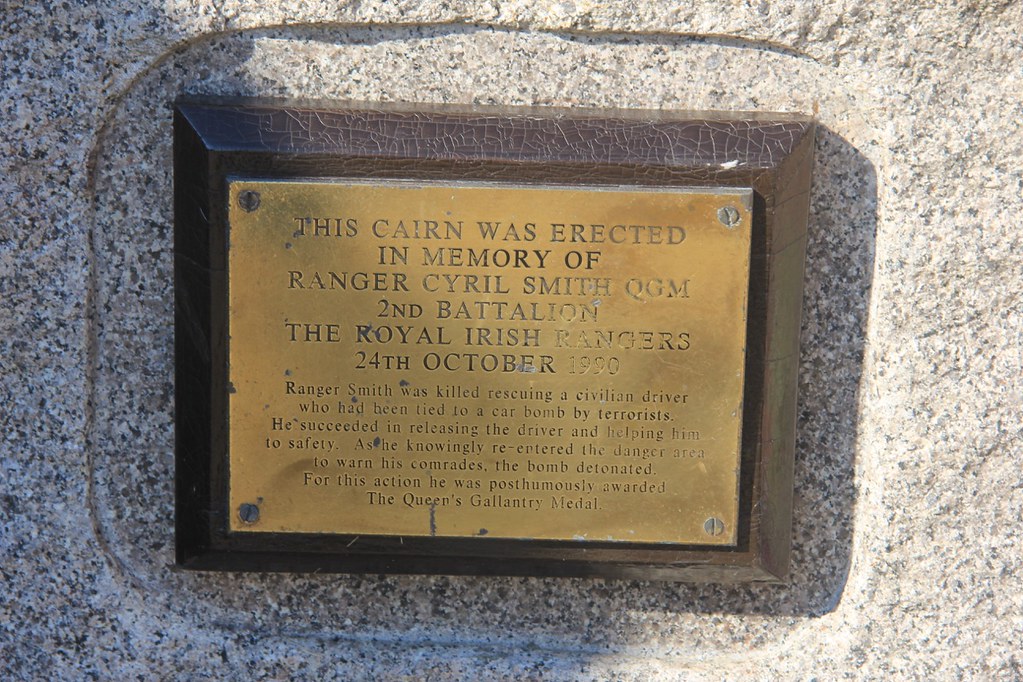 Carrickfergus was also home to two recipients of the Victoria Cross. Daniel Cambridge fought in the Crimean War, and despite being seriously wounded, brought several of his colleagues to safety. He continued until he was shot a third time, incapacitating him.

James Crichton served with the Cameron Highlanders during the Second Boer War. He then moved to New Zealand, and became a baker in the Army Service Corps of the New Zealand Expeditionary Force. However, he wanted to serve as an infantry soldier, and relinquished his rank as a warrant officer so he could transferto the 2nd Battalion, Auckland Infantry Regiment as a private. During the Hundred Days Offensive in 1918, his platoon came under machine gun fire. His platoon commander and senior NCO were killed, and Crichton was injured. His citation for the VC reads:

For most conspicuous bravery and devotion to duty when, although wounded in the foot, he continued with the advancing troops despite difficult canal and river obstacles. When his platoon was subsequently forced back by a counterattack he succeeded in carrying a message which involved swimming a river and crossing an area swept by machine-gun fire, subsequently rejoining his platoon. Later he undertook on his own initiative to save a bridge which had been mined, and, though under close fire of machine-guns and snipers, he succeeded in removing the charges, returning with the fuses and detonators. Though suffering from a painful wound he displayed the highest degree of valour and devotion to duty.

He was part of the New Zealand delegation sent to London for the coronation of King George VI.

Carrickfergus has plenty to remember.