My recent trip to Northern Ireland, like many of mine, included a trip to Carrickfergus, where any visitors cannot fail to notice Carrickfergus Castle sitting by the sea, dominating the town as it has done since its build in 1177.  The castle was built by John de Courcy in 1177, who used it as his base to rule that area of Ulster until he was deposed by fellow Norman, Hugh de Lacy. 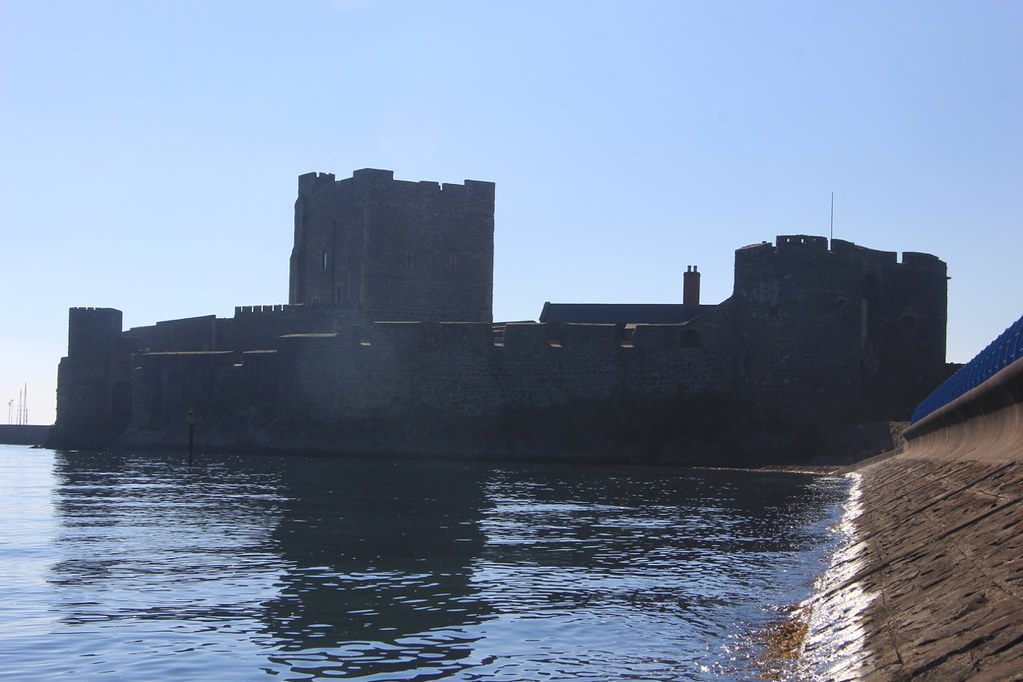 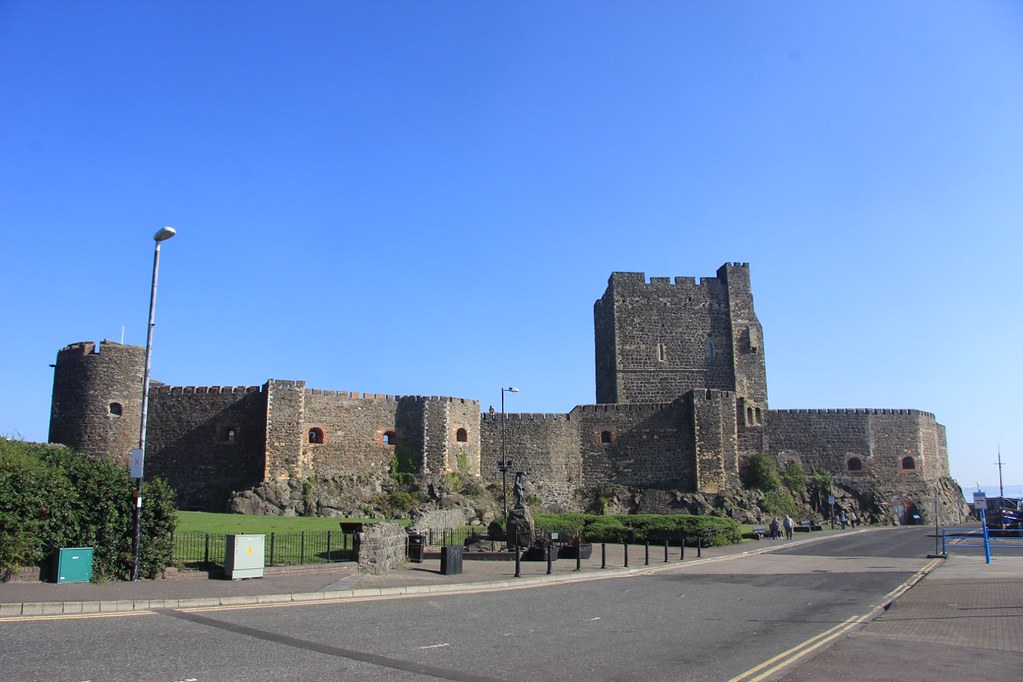 The castle is an impressive sight, and even those not planning to visit it but passing through Carrickfergus will spot it on the main road through the town. It is equally visible when approaching by the sea, being built beside the water and a neighbour to the much more recent Carrickfergus Marina. 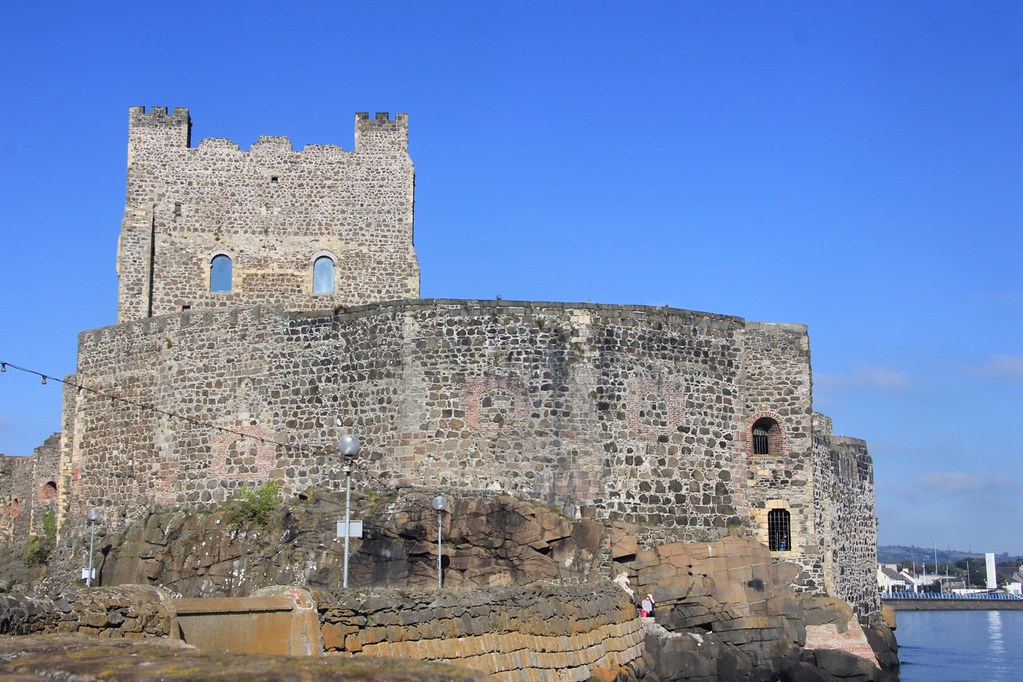 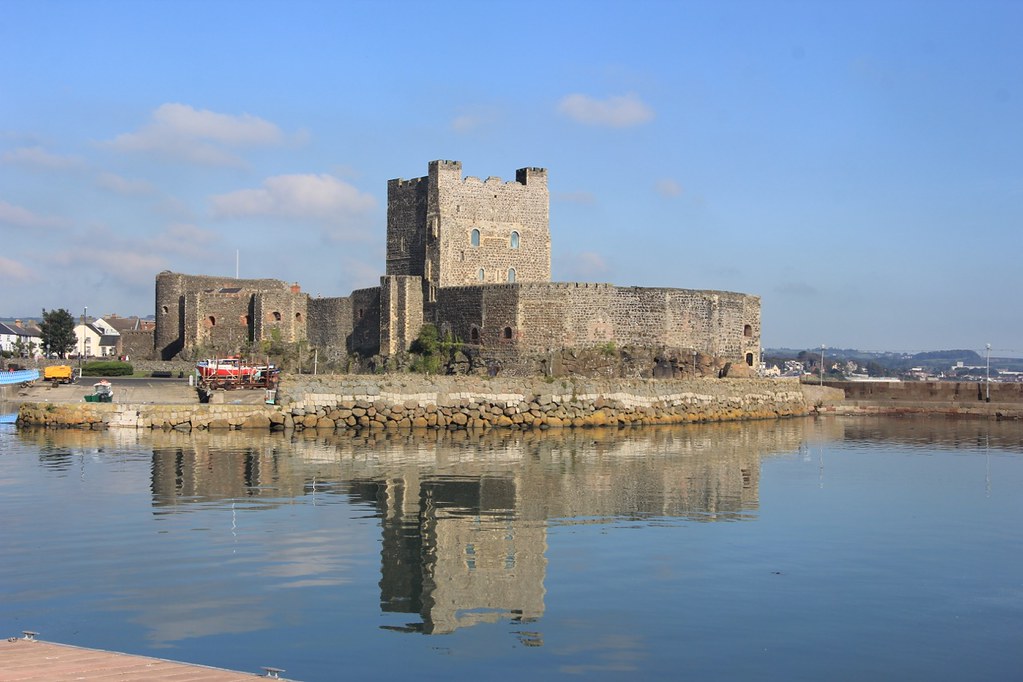 The marina adds the option of being able to sit and have lunch in its accompanying cafes and restaurants, or just a coffee, and watch the world go by with the great fort in the background, which is exactly what we did. 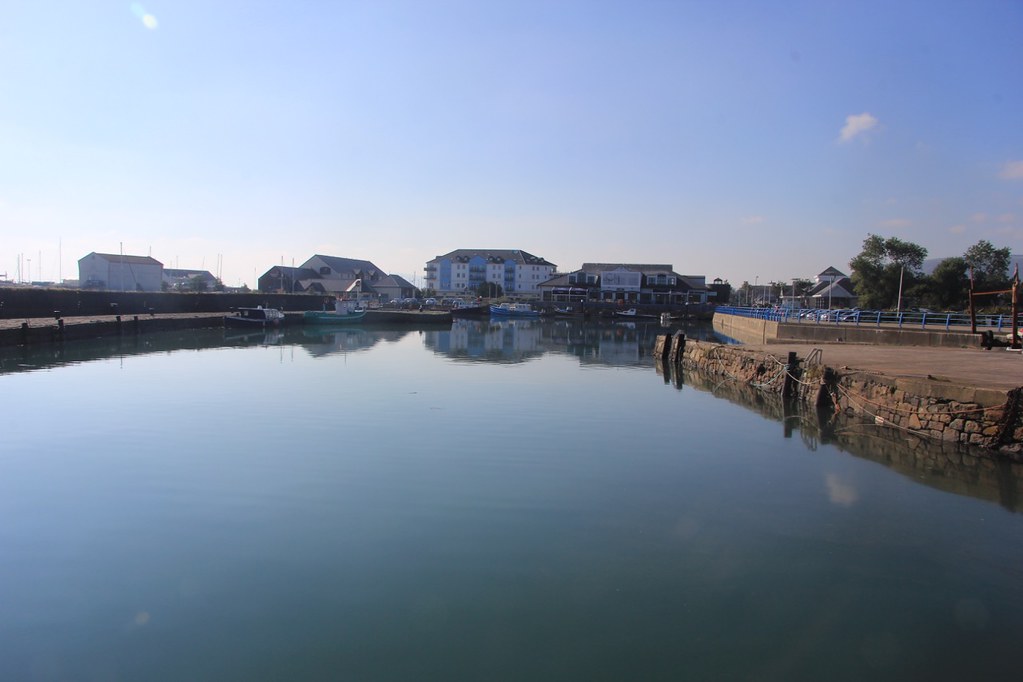 Carrickfergus is an old town, known locally as simply Carrick, and takes its name from “the rock of Fergus”, with the Fergus in question believed to be a Scottish king. The town lies just over ten miles from Belfast, and is strategically located to control access to Belfast from the sea down Belfast lough. The industrial port of Belfast can be seen looking down the lough from Carrick. Historically, Carrick would have been the main town along the coast before Belfast rose to prominence. 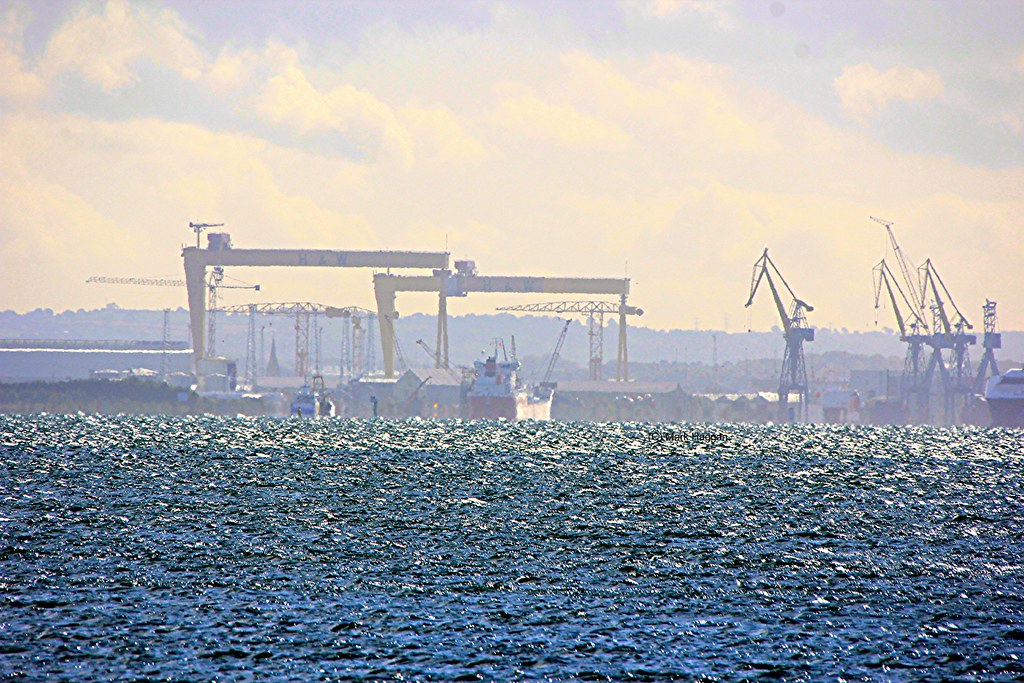 Edward Bruce, brother of Robert Bruce, was based there, after landing at Larne on 26th May 1315. He was crowned King of Ireland at Carrickfergus Castle, and ruled from the there for the next three and a half years until his death at the Battle of Faughart in October 1318. Although Edward was Earl of Carrick, it was a different Carrick, that in Ayrshire.

The castle has played a role in various key historical encounters. Frederick Schomberg besieged and took the castle in the week-long Siege of Carrickfergus in 1689. the following year, King William III first set foot in Ireland here on 14 June 1690, an event which is marked at the castle and with a statue of William erected beside it. 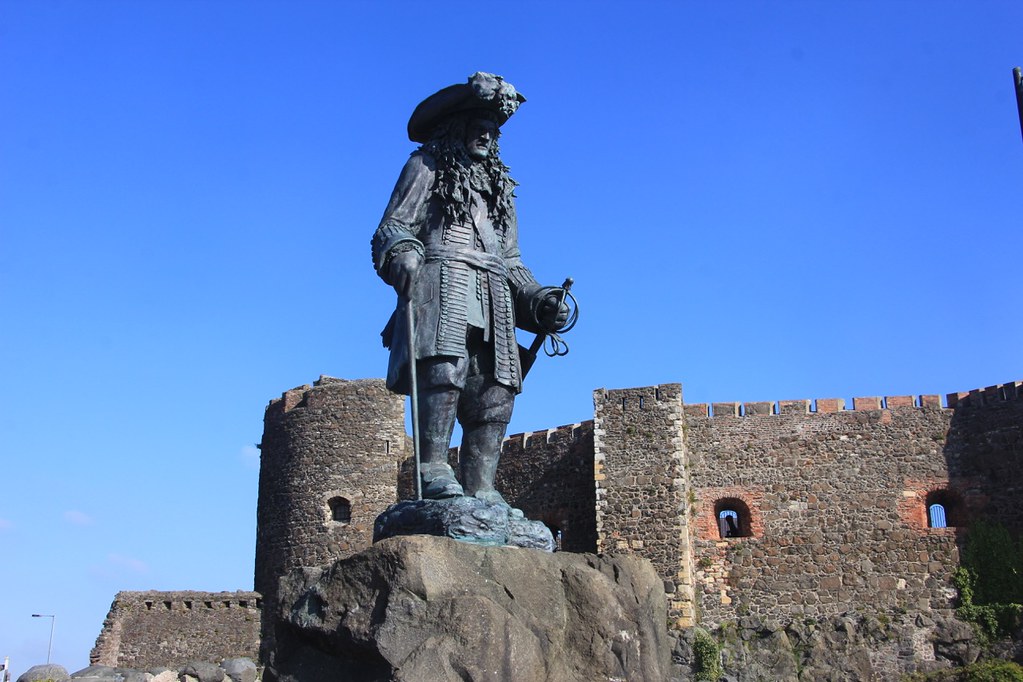 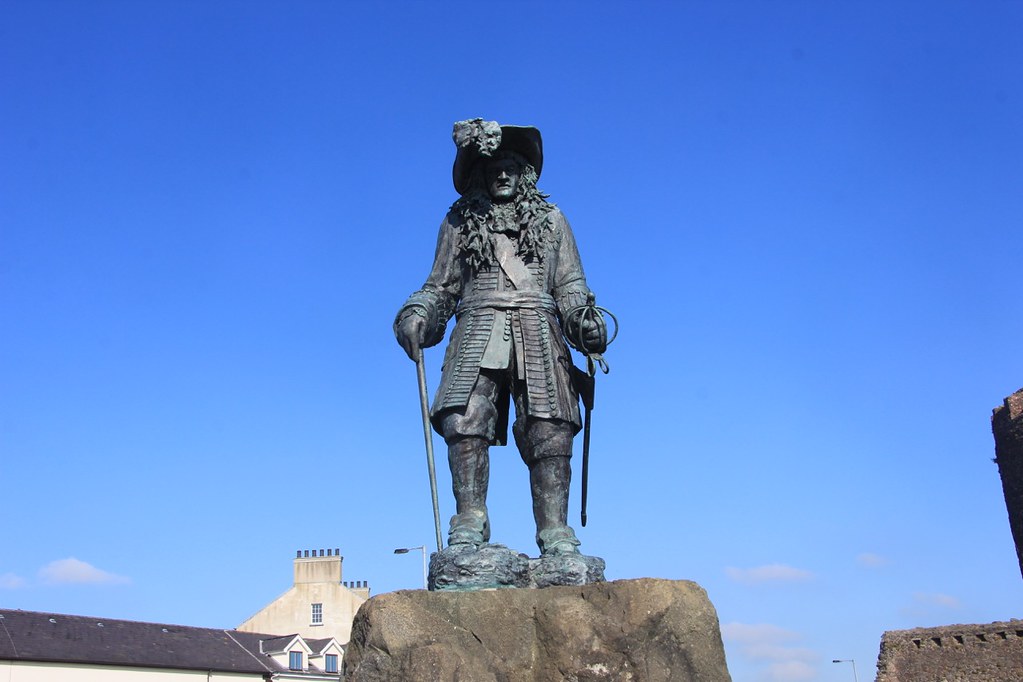 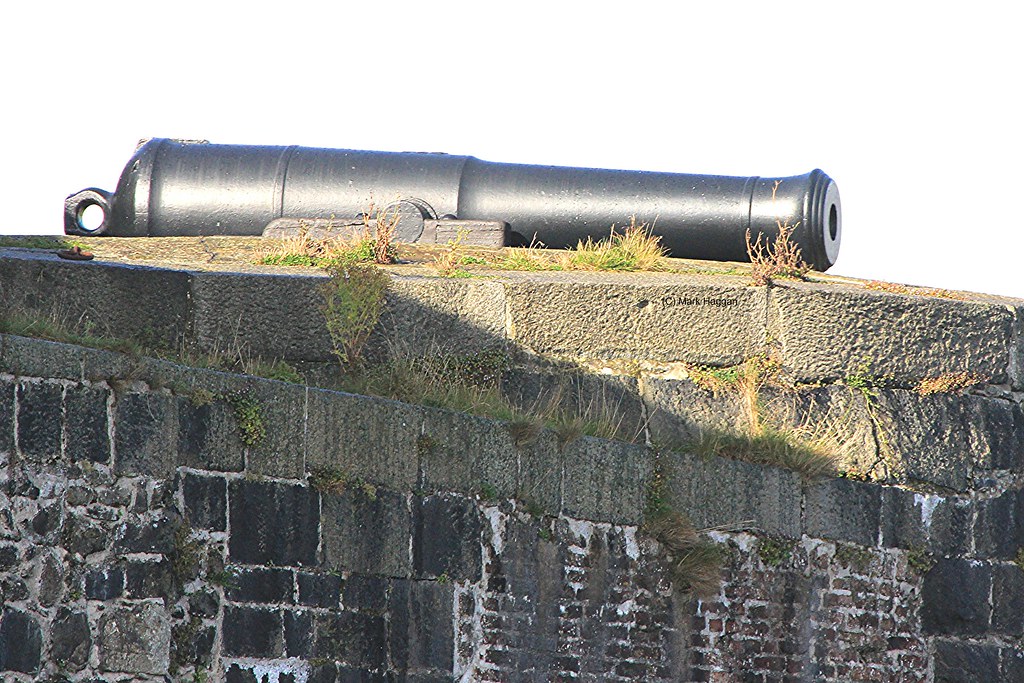 In 1760, the French briefly held the town during the Seven Years War, in what became known as the Battle of Carrickfergus. General Strode gathered a local militia together, and naval ships were sent, and the French departed Carrick, before being engaged in the Battle of Bishops Court.

In 1778, the castle, rather remarkably, played a role in the American War in Independence. John Paul Jones commanded the Ranger, which sailed up Belfast lough to engage HMS Drake, but would not come close due to the ship’s proximity to Carrickfergus Castle. The Drake engaged with the Ranger, and after a battle lasting an hour, the crew of the Ranger captured the Drake.

The castle served as a prison during the Napoleonic Wars, with six of the guns of the east battery from that time being left in place. It was a garrison and ordnance store during the First World War, and an air raid shelter during the second. It remained garrisoned until 1928, when it was given over to the government of Northern Ireland and declared an ancient monument, at which time some of the more recent additions were removed to return to its Norman appearance. Of course, given that it was garrisoned until the twentieth century, some more recent visitors are surprised to see the relatively modern gun placements facing out to the lough. Visitors can tour the castle, see the banqueting hall, look at the battlements and learn about the history of the castle. Even from the outside, tourists can see the models helping to give an idea of what the castle might once have been like. 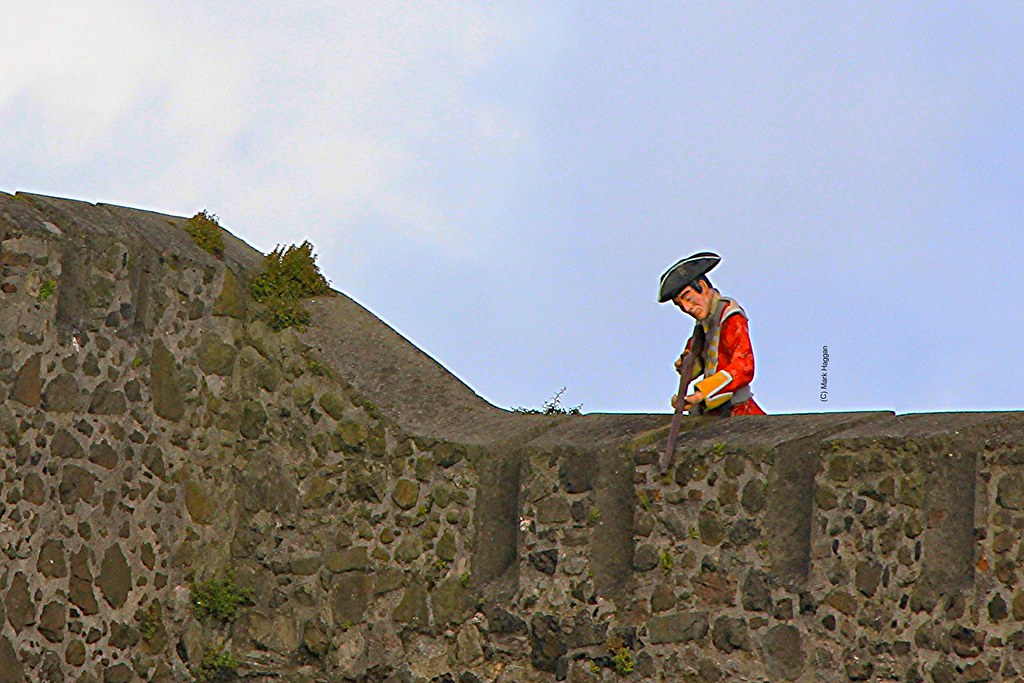 If you do find yourself in Belfast, pop down to Carrickfergus – there’s a frequent train service – and take a look at the castle. You can also see some of the remains of the old walls of the town, and heading north of the town takes you to the village of Eden where you can find yourself in The Garden of Eden. Really. If that’s not enough, Kilroot, famous for its salt mine and power station, was once home to Jonathan Swift. You can also go along to see the house that had been home to the family of Andrew Jackson before they moved to the US two years before Jackson’s birth. Plenty to see and do then… 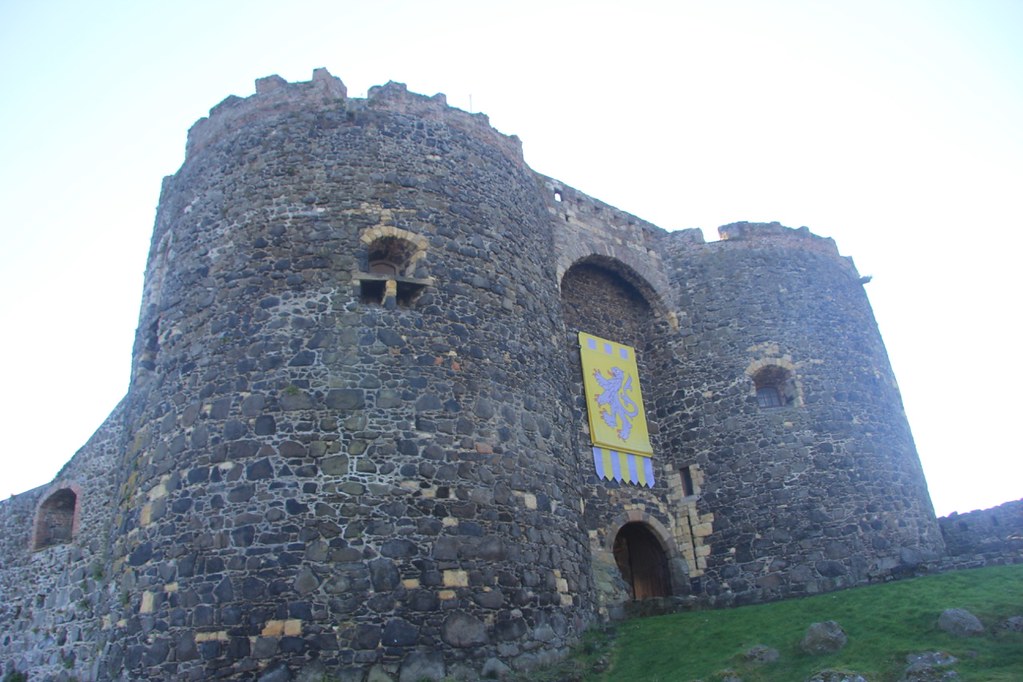