It normally is not that unusual to have the first hints of the arrival of spring by mid February in the UK, but the apparently constant storms and rains that have marked the first couple of months  of 2014 have meant that this has been a more unusual and noteworthy event.  I took Berta for a walk yesterday in a forest park near home, and thought that blue skies over Rosliston were worth commenting on.

We headed up to Rosliston Forestry Centre, and as we arrived, there were blue skies with only hints of cloud, and the lakes and ponds there were still and tranquil. 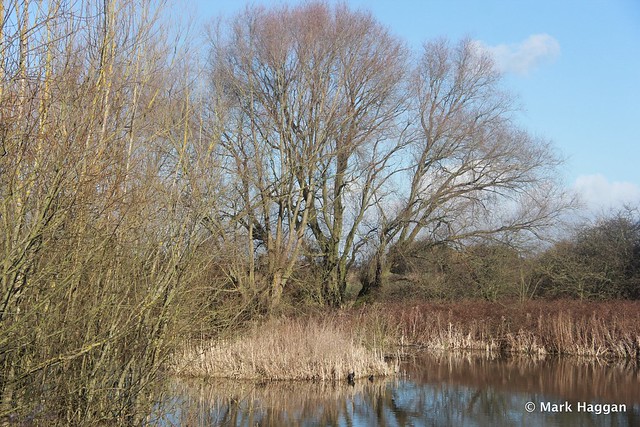 The impression of the arrival of spring was enhanced by the sound of birdsong, with the various trees and bushes – it is in the National Forest – making the area not just a good nesting site, but also a feeding location.  In fact, Rosliston is home to a falconry centre, which if you find yourself in the locality, is worth a visit. 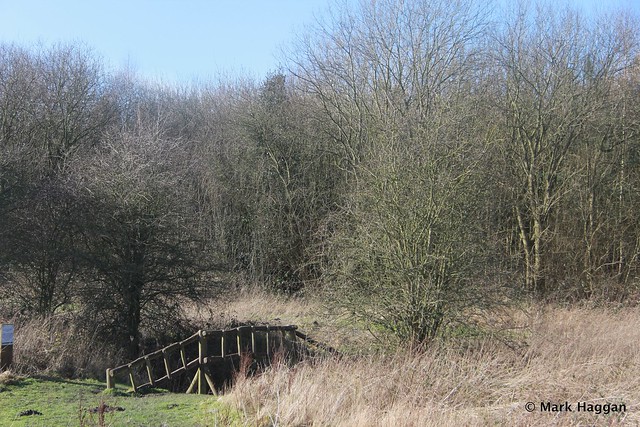 As we walked along the structured paths  of the forest park, the wonderfully blue sky was apparent, and although the air was cool and crisp, it was still very pleasant. 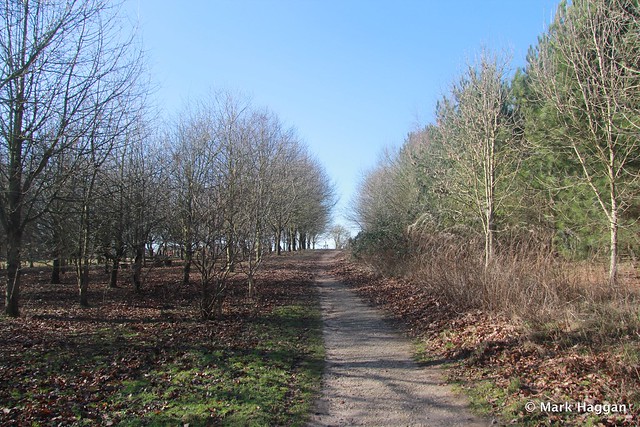 We walked by the village of Rosliston, that looked pretty in the sunshine, and had the trees had a coat of leaves, then it could have been the middle of summer. 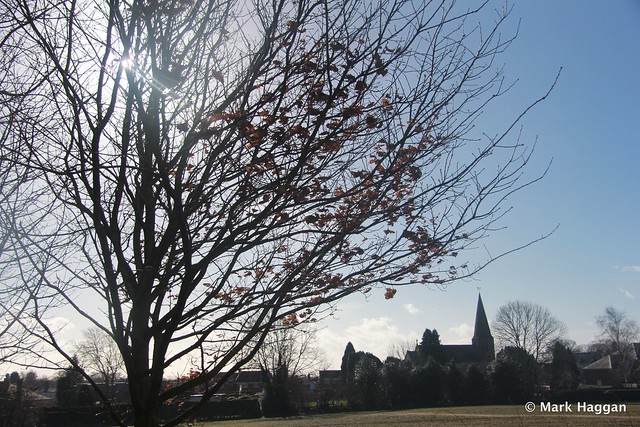 I hope that we see more days like this, and fewer days of constant rain and winds, but I do suspect that we have not yet seen the end of the storms.  Sitting outside the café and having lunch yesterday was very pleasant, and I hope something that can be repeated in the near future.