As I got to the train station the morning for my daily commute, there were blue skies over Loughborough train station, and in that blue sky the moon could clearly be seen with Venus appearing to be quite near by.  It was a pretty sight as I crossed over the bridge at the station, and had I had more time, I would have taken my camera and captured a few good pictures of it.  However, as my train was not too far down the tracks, I only had time to snap a quick photo with my camera, which hopefully captures some if not all of the scene.

If you look closely, you will see that there is a tiny dot just above the moon, which is Venus, and take my word for it, it was very visible over the station. 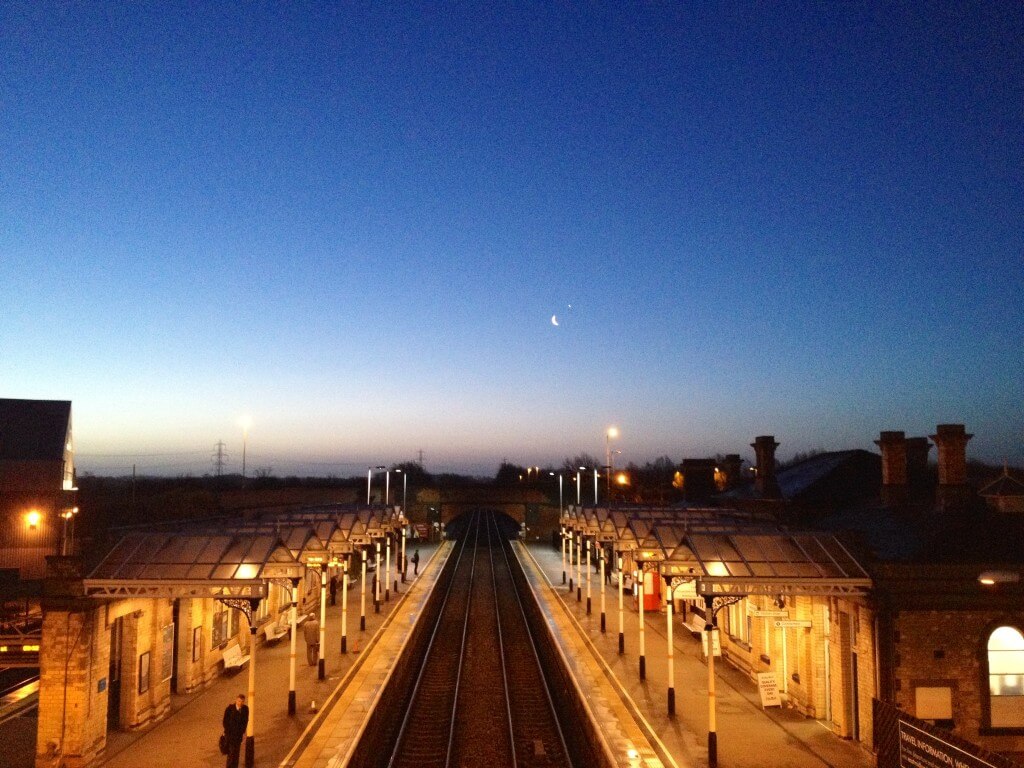 The moon with Venus apparently nearby over Loughborough Train station

It is not the first time that blue skies over Loughborough station, or at least skies with some colour, have made me stop on the footbridge and take a quick snap as I crossed over. If you want to see the picture from the last time that I stopped on the way over, have a look here.