I had the great pleasure earlier this week (21st May 2013) to have a tour of part of Lord’s cricket ground, in the company of former England captain Andrew Strauss, and former England wicket keeper, Paul Nixon. Fans of cricket will understand the great excitement that the prospect of a tour of the Long Room will bring, and for those who are not, it may be a little harder to explain.

Lord’s Cricket Ground is owned by the Marylebone Cricket Club (the MCC), and is the home of Middlesex County Cricket Club, the England & Wales Cricket Board (ECB), the European Cricket Council, and formerly, the International Cricket Council (ICC). It hosts the world’s oldest sporting museum, and is often referred to as “The Home of Cricket”. The venue takes its name from Thomas Lord, its founder. At one end of Lord’s is the Pavilion, which was built between 1889 and 1890, replacing the previous pavilion that had been damaged by a fire. During test matches, only members of the MCC are permitted to watch from the pavilion.

We entered the pavilion, and passed through the Long Bar on the way to the Home Dressing Room. 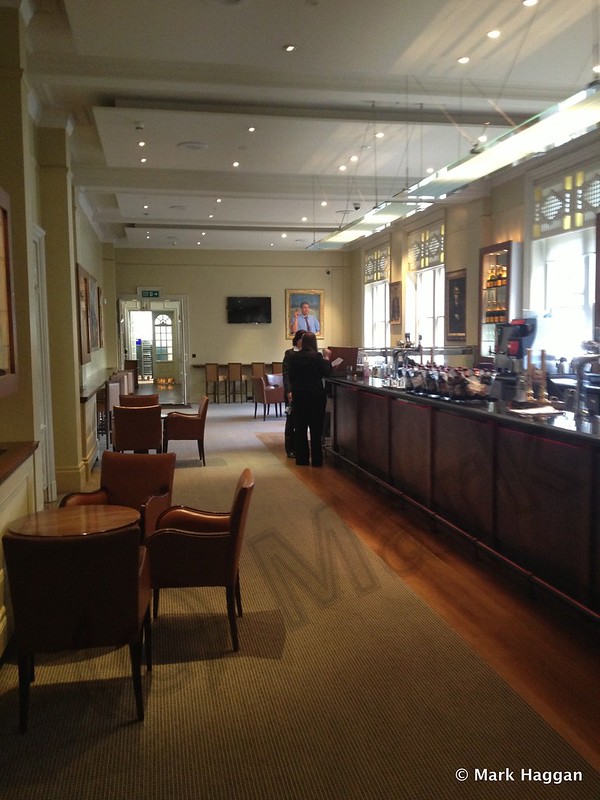 The Home Dressing Room famously includes the Lord’s Honours Boards, which lists those cricketers who have taken five wickets in an innings, or scored a century for England whilst at Lord’s. I should say that the photos are of limited quality as I took them with the camera on my phone. 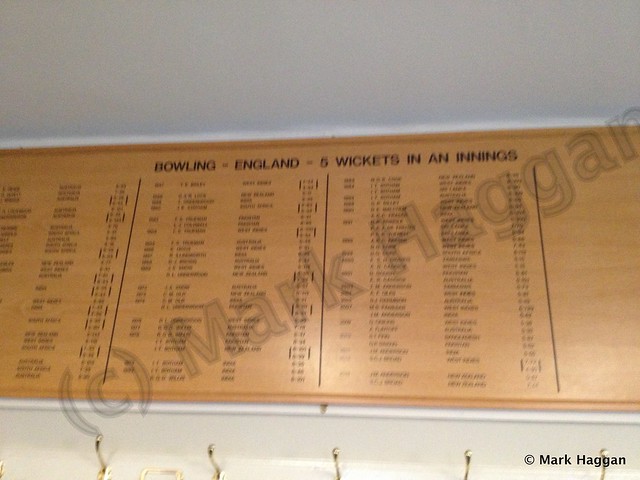 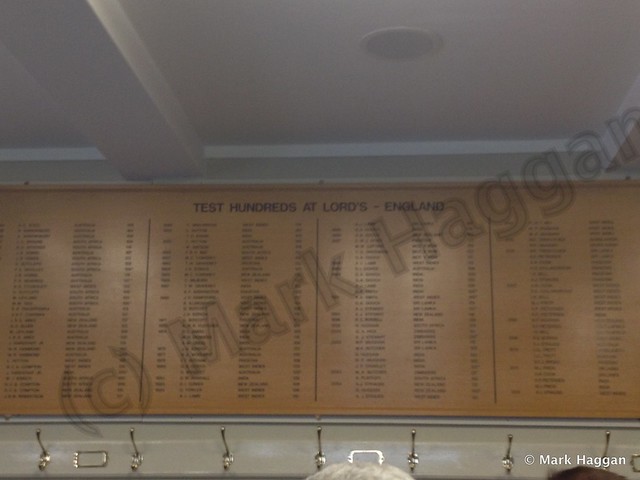 There is a rather fabulous view from the home dressing room over the Lord’s ground to the distinctive media centre. 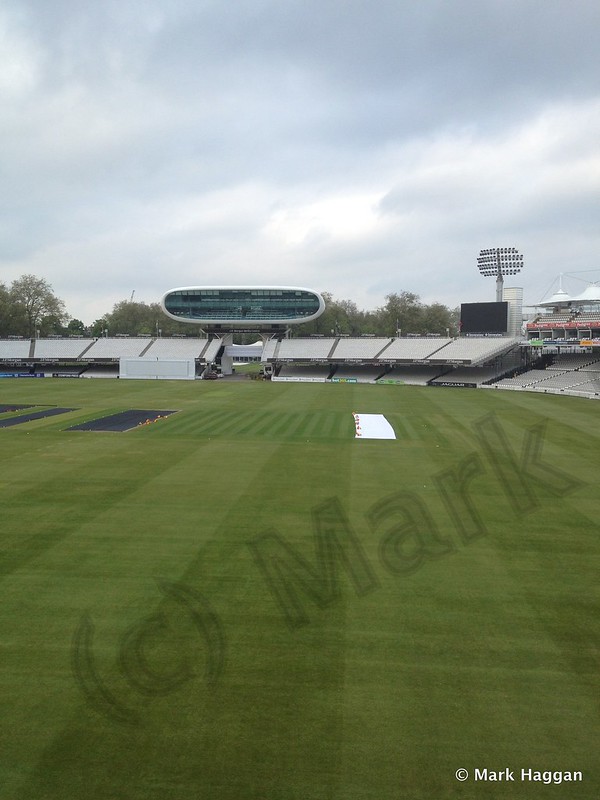 It was here that our hosts joined us, and regaled us with stories of their careers, particularly events at Lord’s. 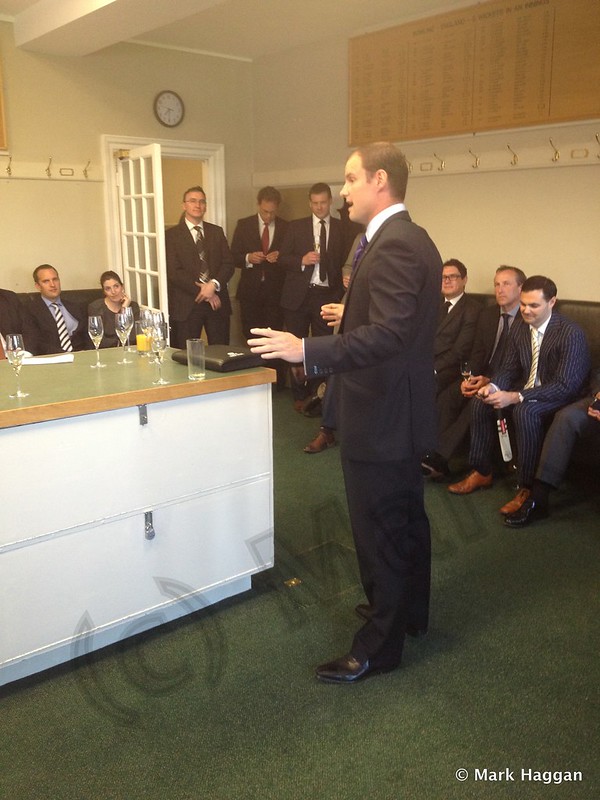 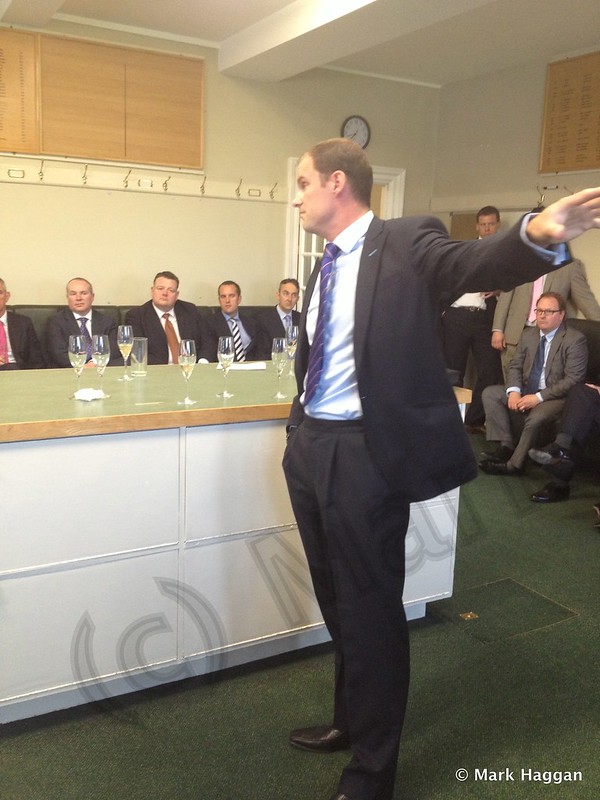 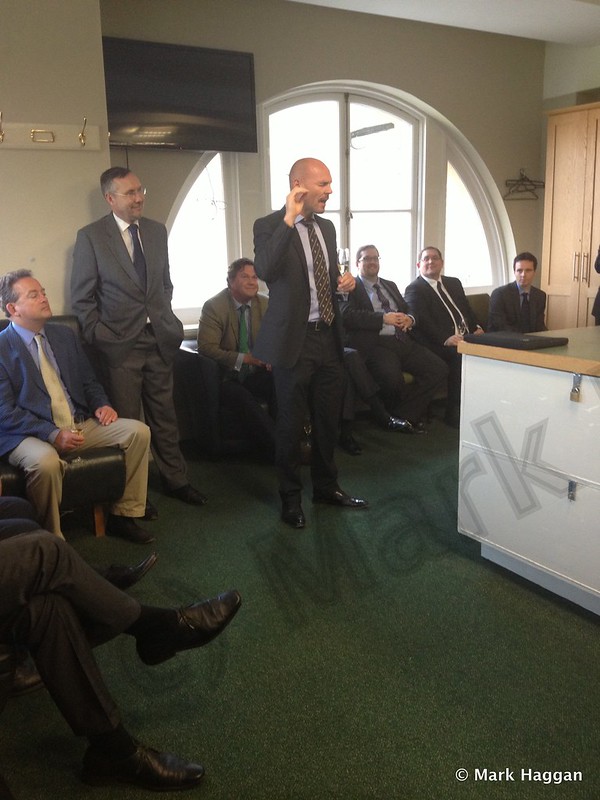 From here, we made our way down to The Long Room. This is the journey that players make on their way to bat. During a match, the room will be filled with MCC members, providing a morale boost for England players on their way through, and perhaps something a little more daunting for their opponents. 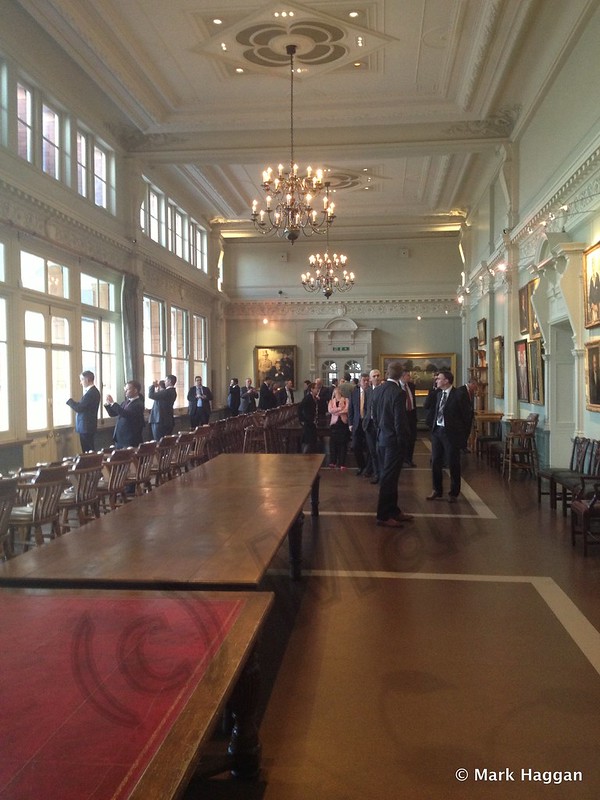 The view from The Long Room is quite spectacular. 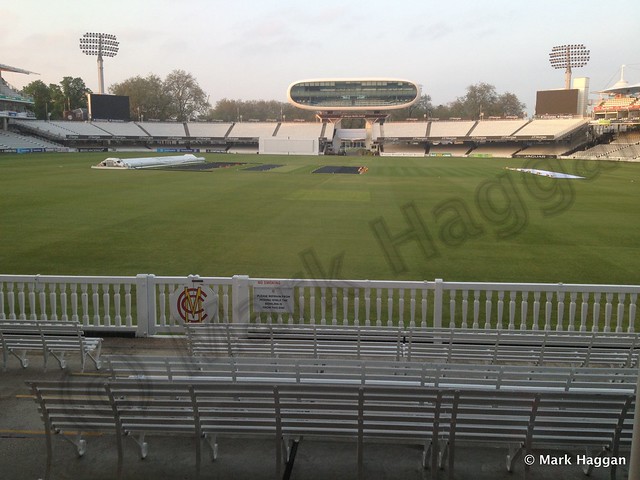 We had some more tales of cricket from our hosts whilst in The Long Room, as facilitated by former England rugby star Will Greenwood. 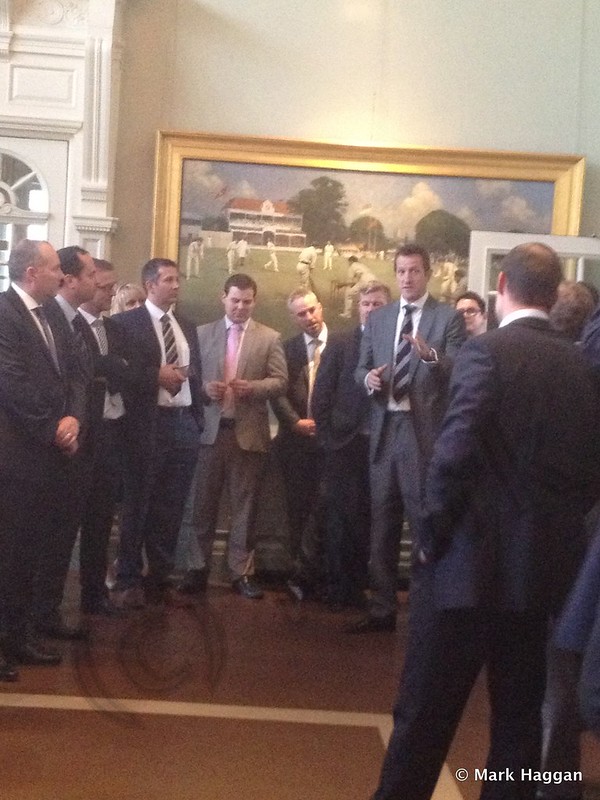 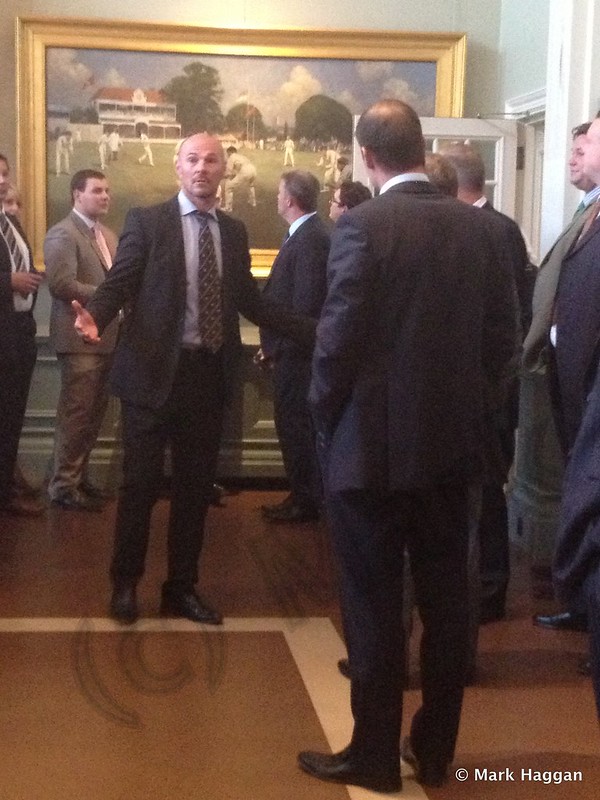 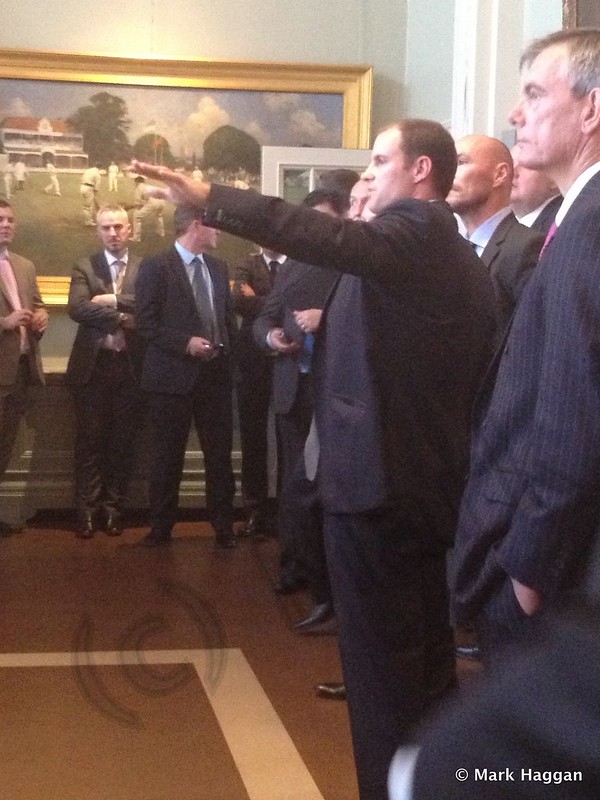 The walls of the room are covered in wonderful cricket related paintings, many of which are portraits of some of the greats who have played at Lord’s over the years. 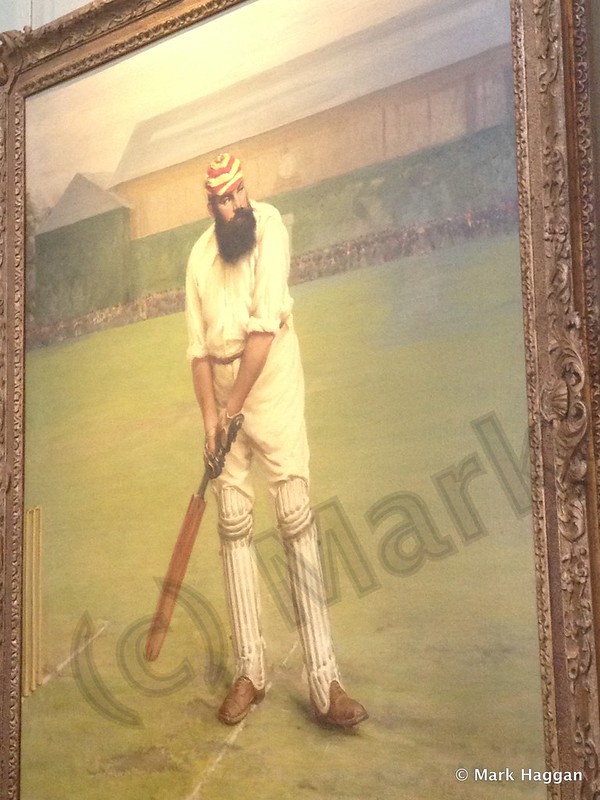 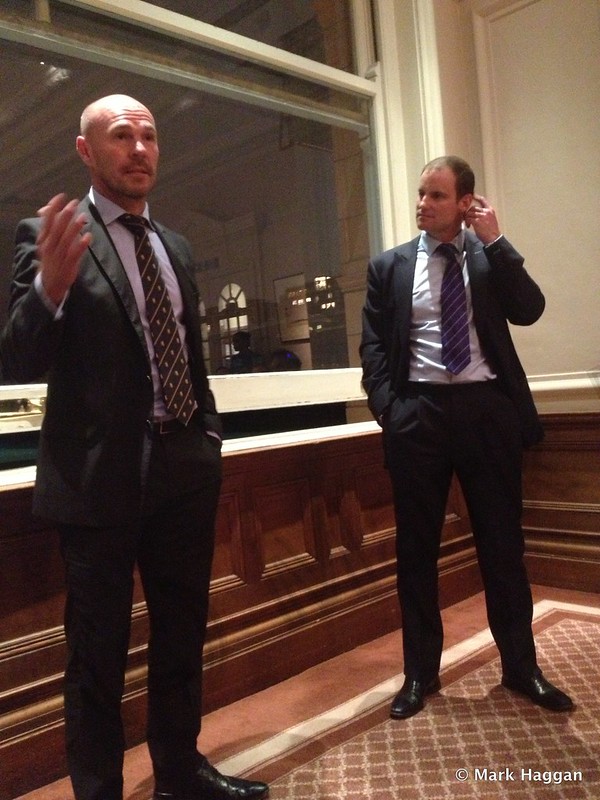 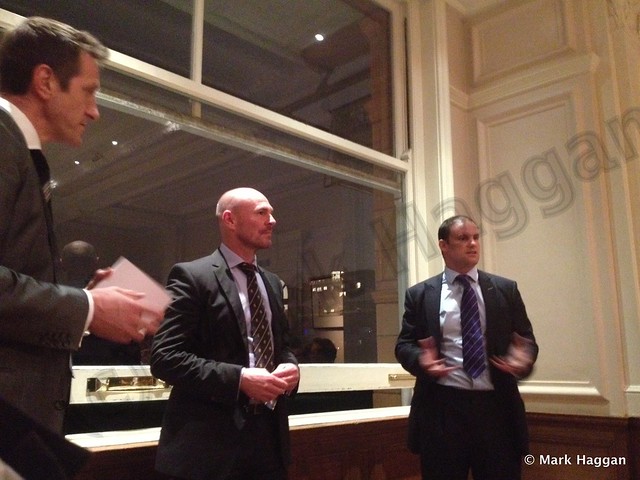 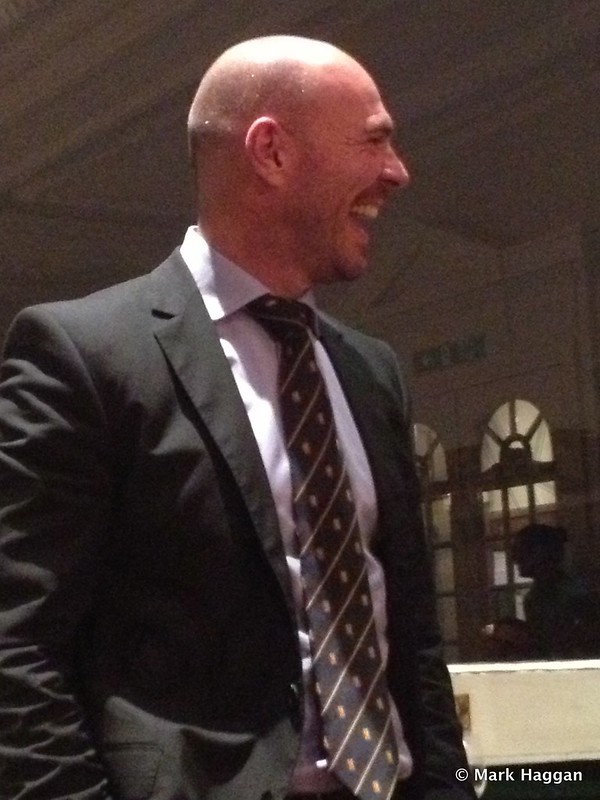 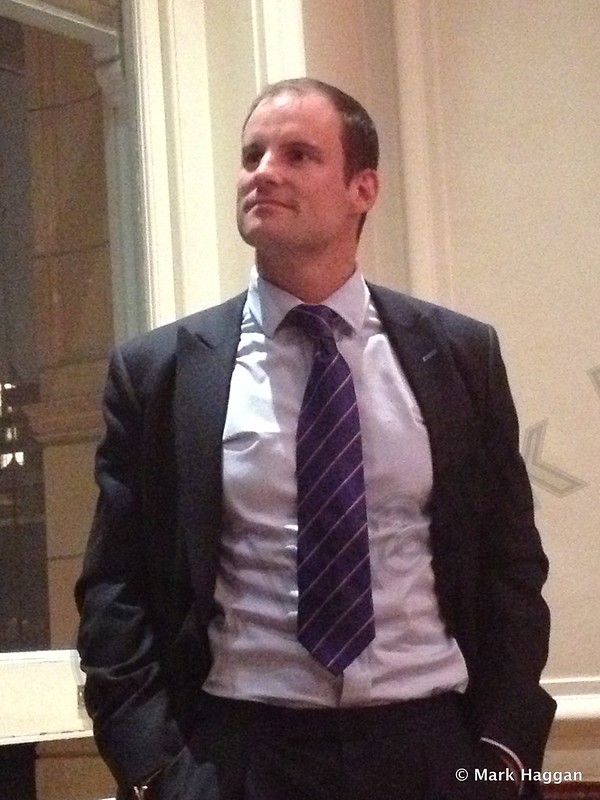 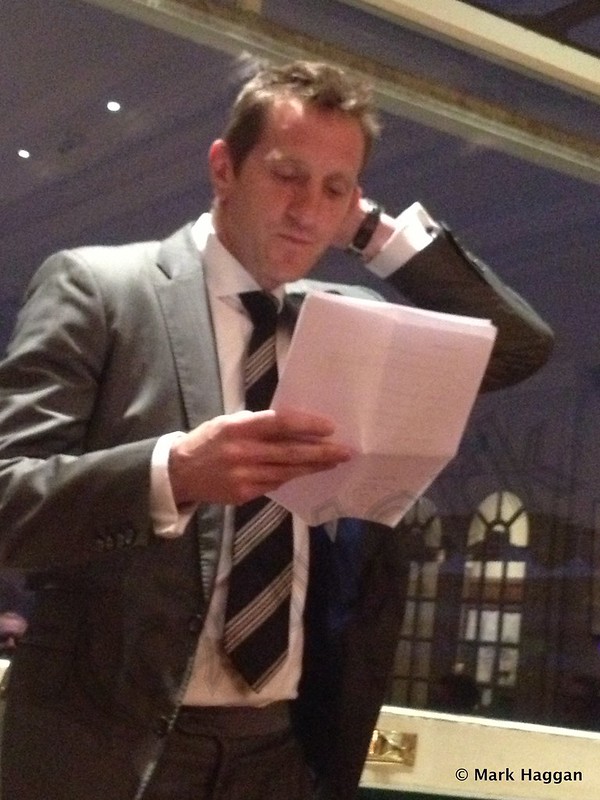 I was very impressed at the warmth and candour of the three professional sportsmen in the room, and by how good a job they all did of interacting with an albeit small group of fans. It was great to see, and their insight and stories were both fascinating and entertaining.

As we left Lord’s, and walked towards the tube station, a car stopped, the window came down, and the driver called out to us. It was Paul Nixon making conversation, and checking we had enjoyed the evening. I was particularly impressed that he took the time to say hello as he was, no doubt, on his way home. There is plenty of debate about the image of sportspeople today, and I can happily say that the three gentlemen at Lord’s this week all acted like role models throughout their time with us.