As you may be aware, I am currently at the Spanish Grand Prix near Barcelona. As well as Formula One action, there are other series competing at this and most other Grands Prix, and the competition that acts as the feeder for Formula One is GP2.

We bumped into a few of the drivers yesterday (9th May 2013) and saw some of the cars in the Pit Lane, ahead of practice & qualifying today. GP2 is always an exciting series, and I am expecting great racing this weekend. It was all a bit overwhelming for Guy. 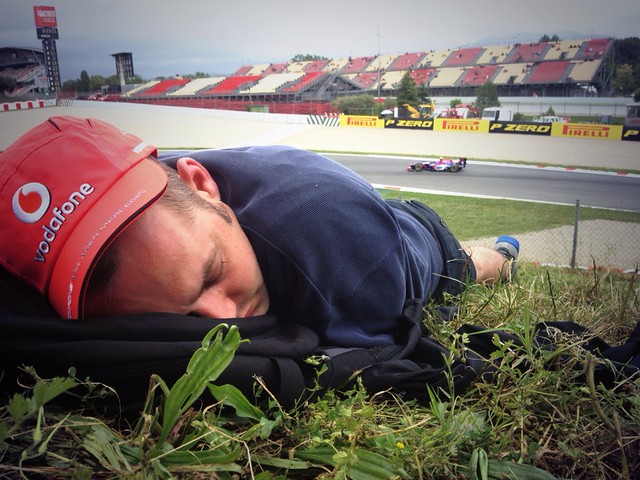 I will load some more photos when I get a chance to sort through them, but in the meantime, here are a few to give you the idea. I hope you like them.