Today, 24th March, saw the BTCC 2015 Launch Day at Donington Park, with the various drivers and cars who will make up the British Touring Car Championship on display for the media and fans to see. There were a few big announcements on the day, including that Nicolas Hamilton, brother of current Formula One world champion, Lewis Hamilton, will race for the AmD Tuning team.

The Launch Day was open to the media in the morning, and to fans in the afternoon, and it was superb to see that there were plenty of people there for the event. The drivers and teams did not disappoint, with the track busy all afternoon, even when hailstones were falling for a brief couple of minutes. The top two drivers from 2014, champion Colin Turkington and runner up Jason Plato traded fastest laps through some of the afternoon, with the two now being team mates for 2015 which should lead to some interesting races. 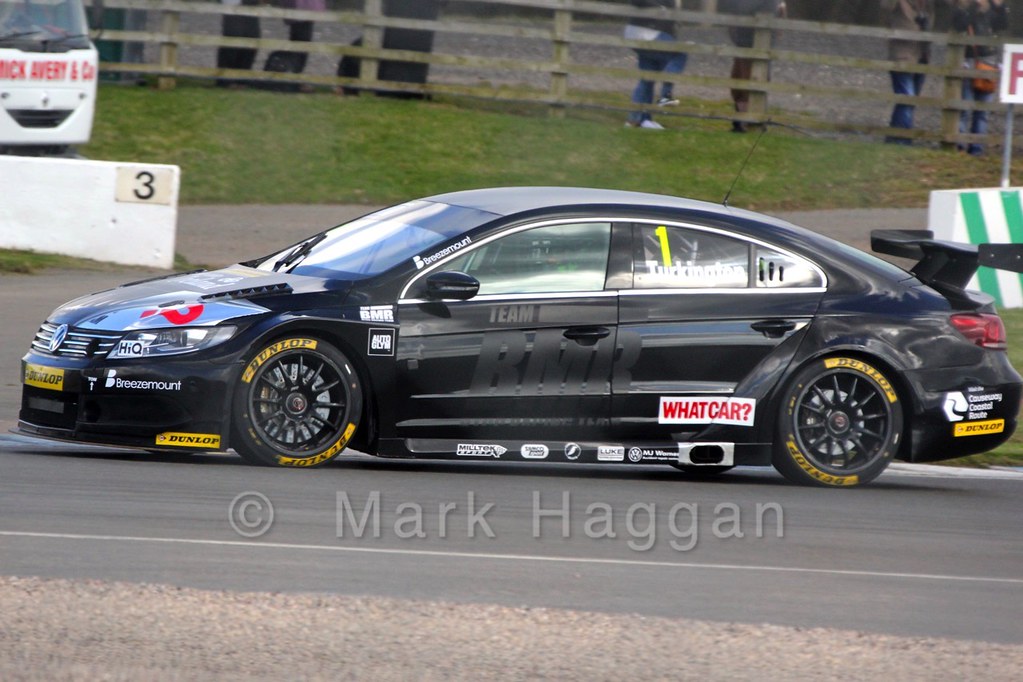 Mike Bushell makes his way from the Clio Cup into BTCC, and will no doubt continue to show the excellent form that his marked his recent career. 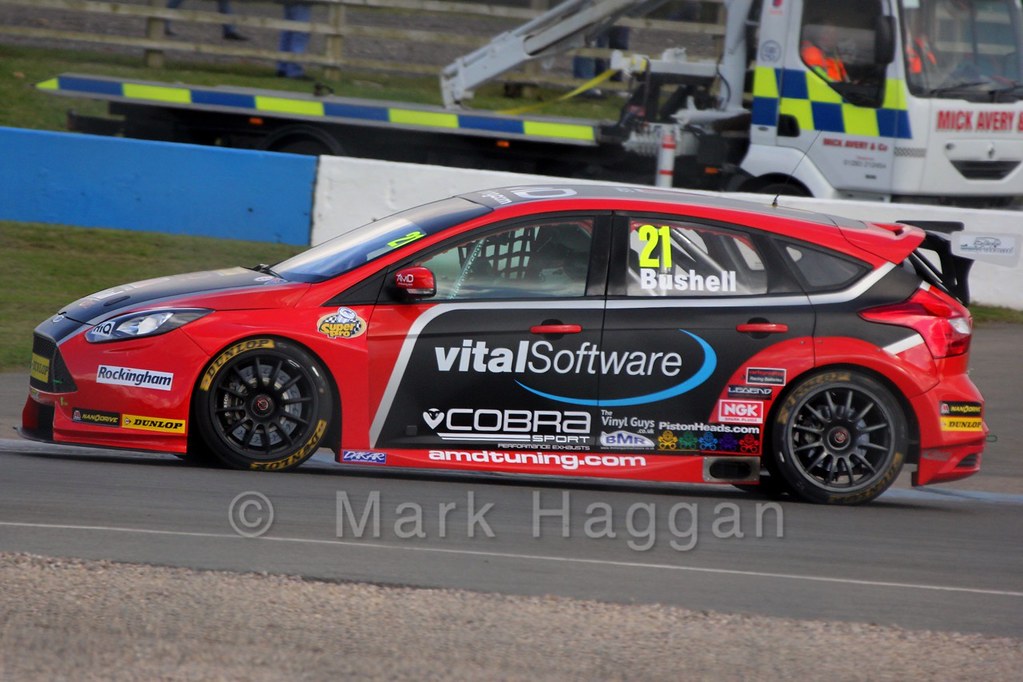 As you might imagine, the pit lane was busy through the day, with plenty of action there. 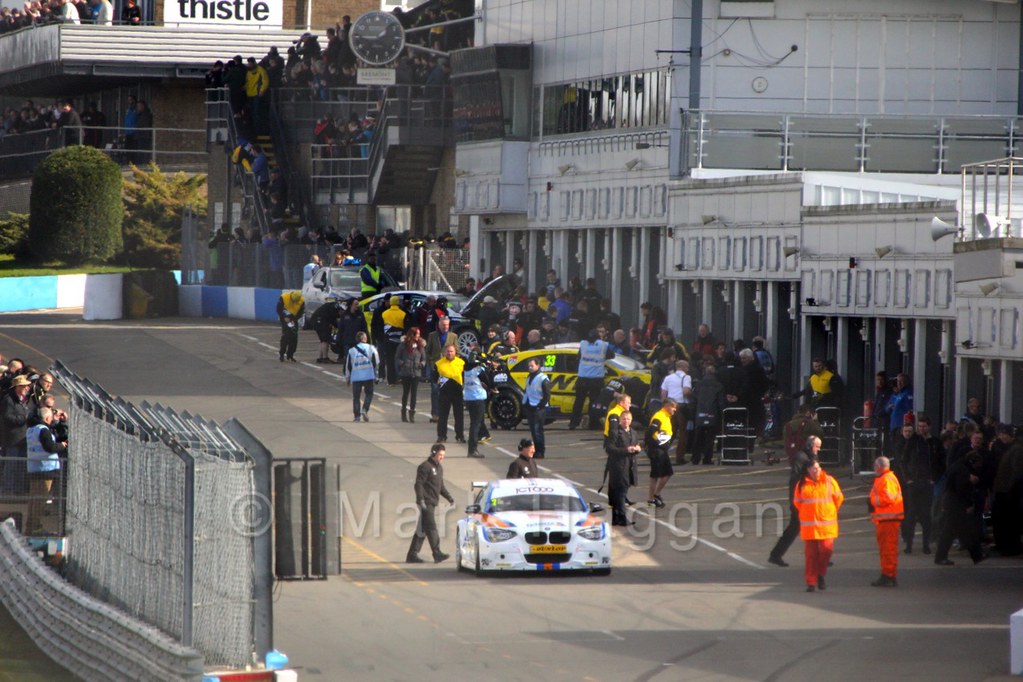 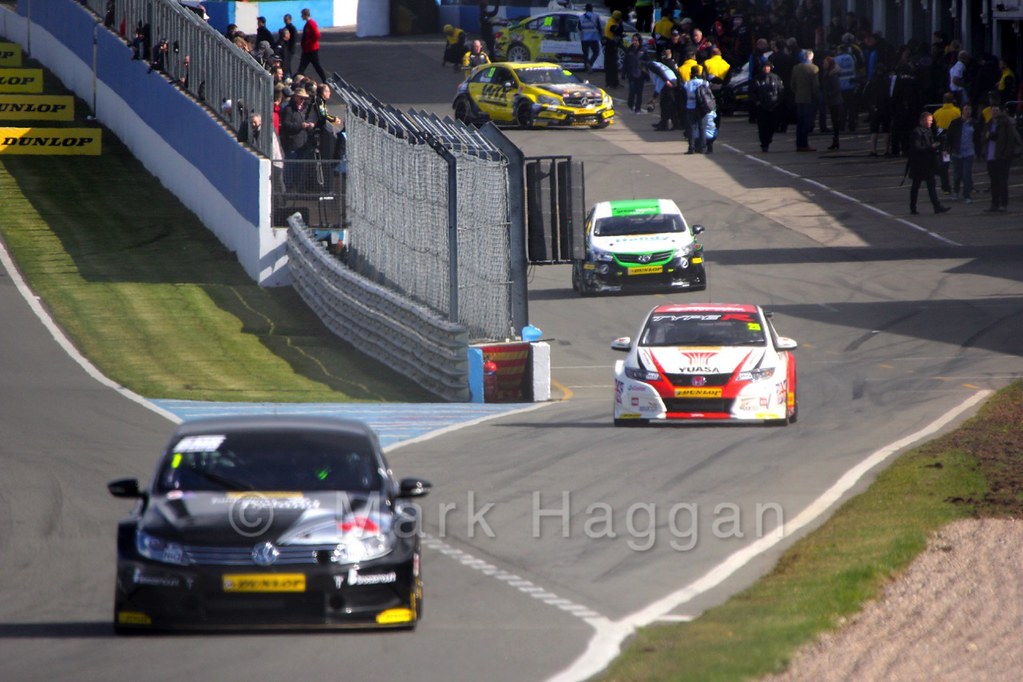 One of the great things about a day like this is just how close you can get to the cars, the drivers, and the teams, and the open paddock was a popular feature, with plenty of fans showing as much interest there as on the track itself. 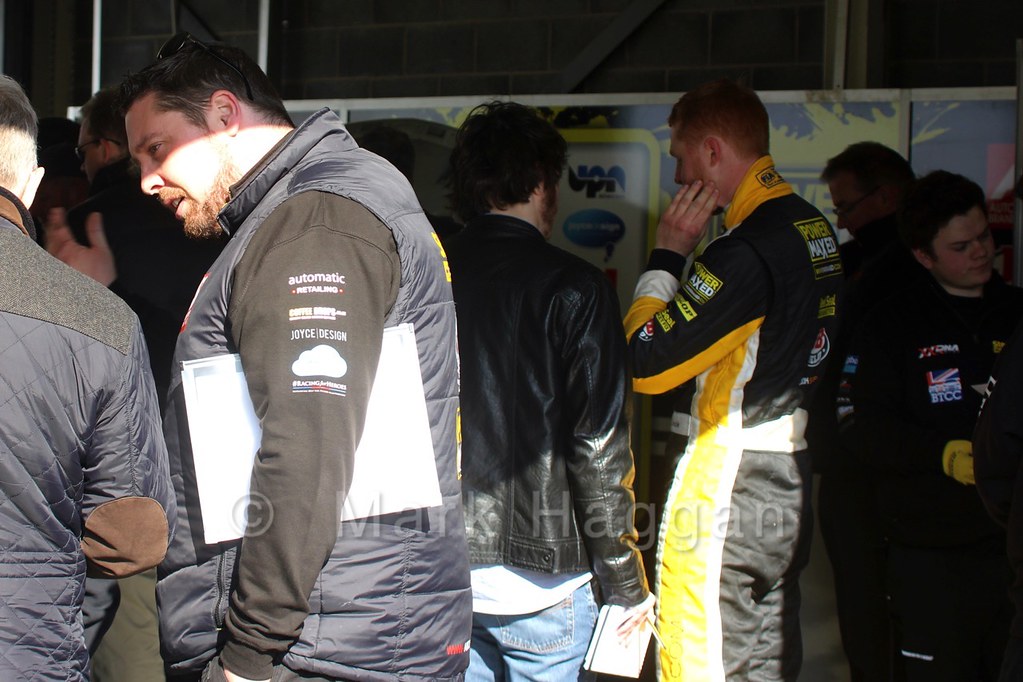 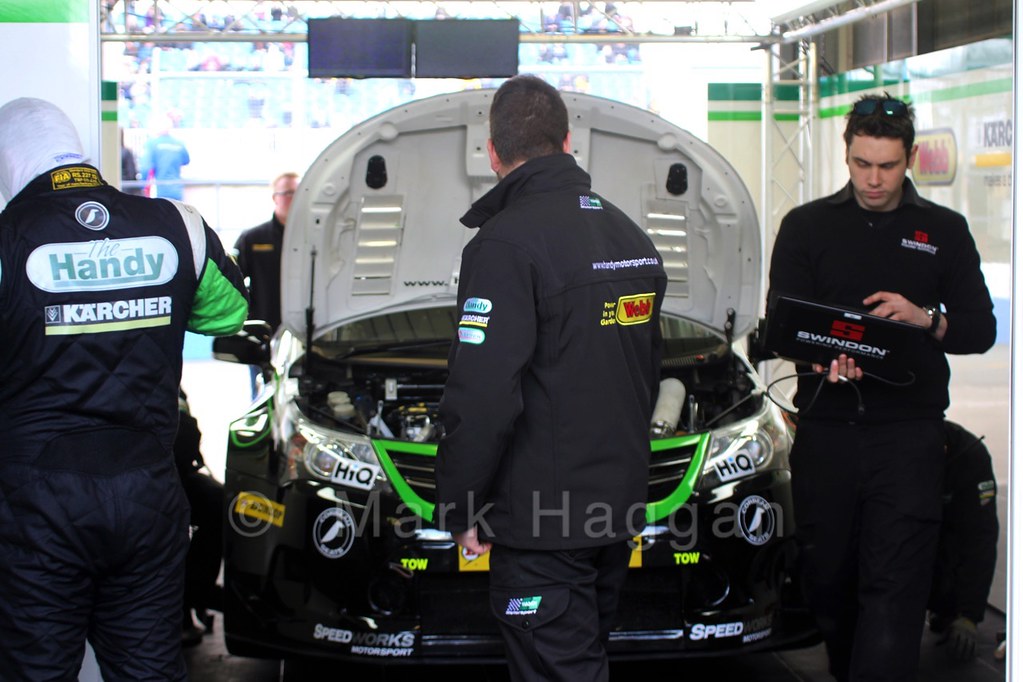 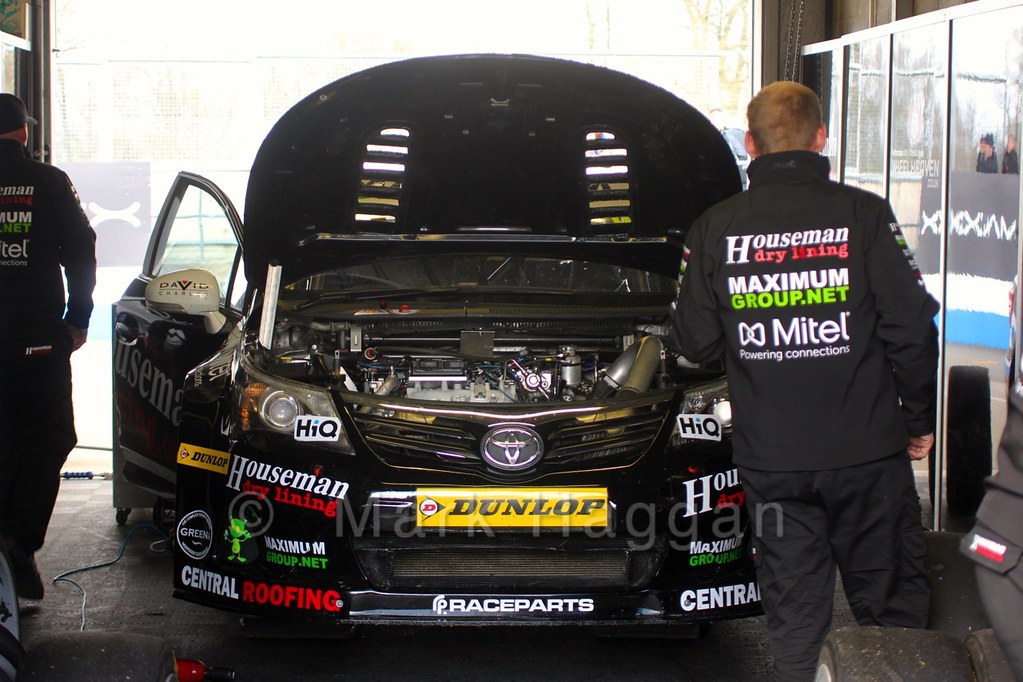 Of course, there was some drama on the track – albeit relatively limited – including a red flag when Gordon Shedden’s car stopped on track and required the services of the rescue truck to return to the pits. 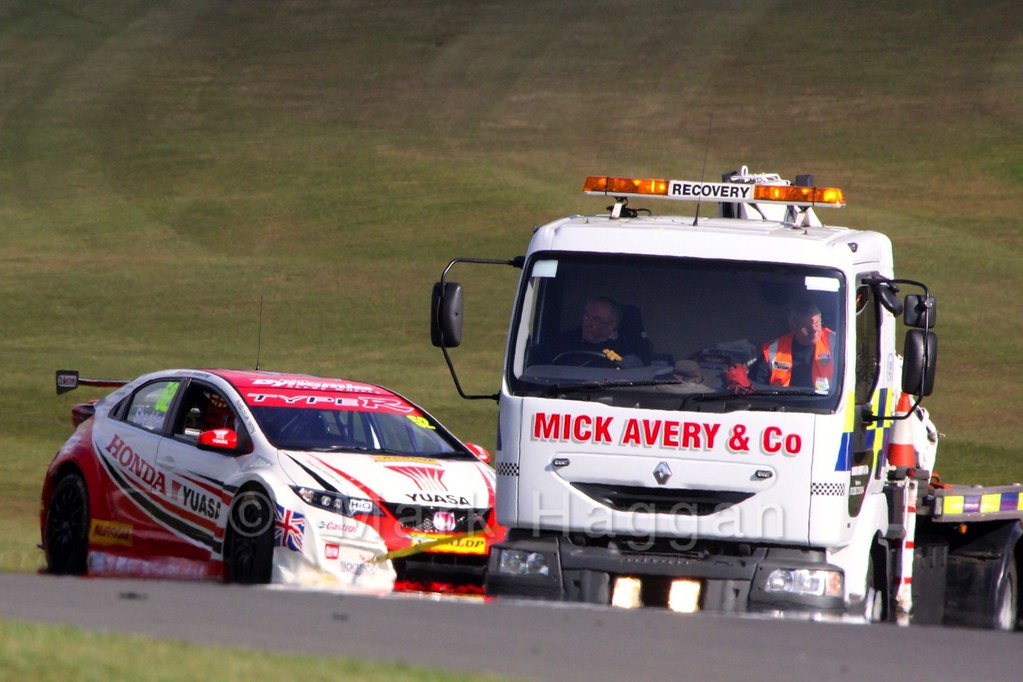 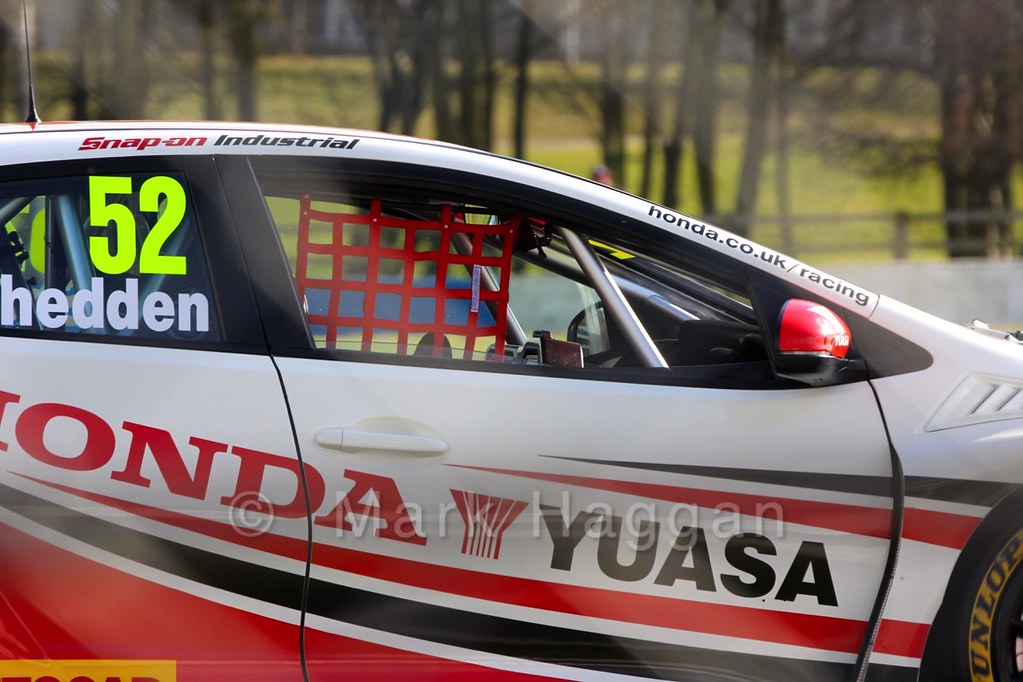 Almost as soon as the red flag ended, Kieran Gallagher took his first trip onto the track, which lasted only a few yards beyond the end of the pit lane, where he came to a stop and was also recovered. 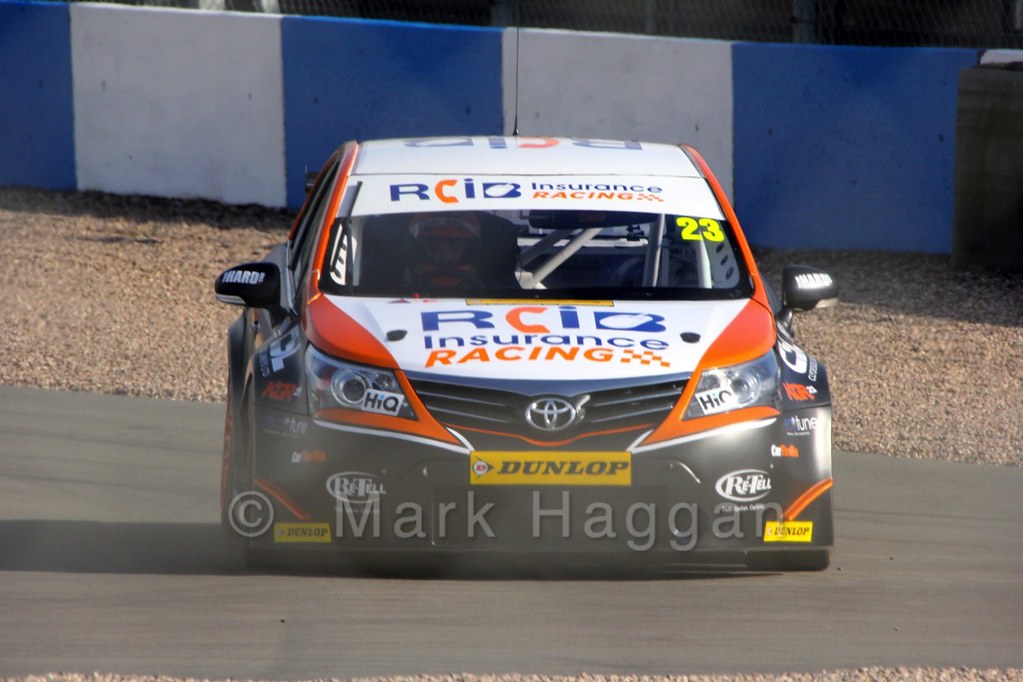 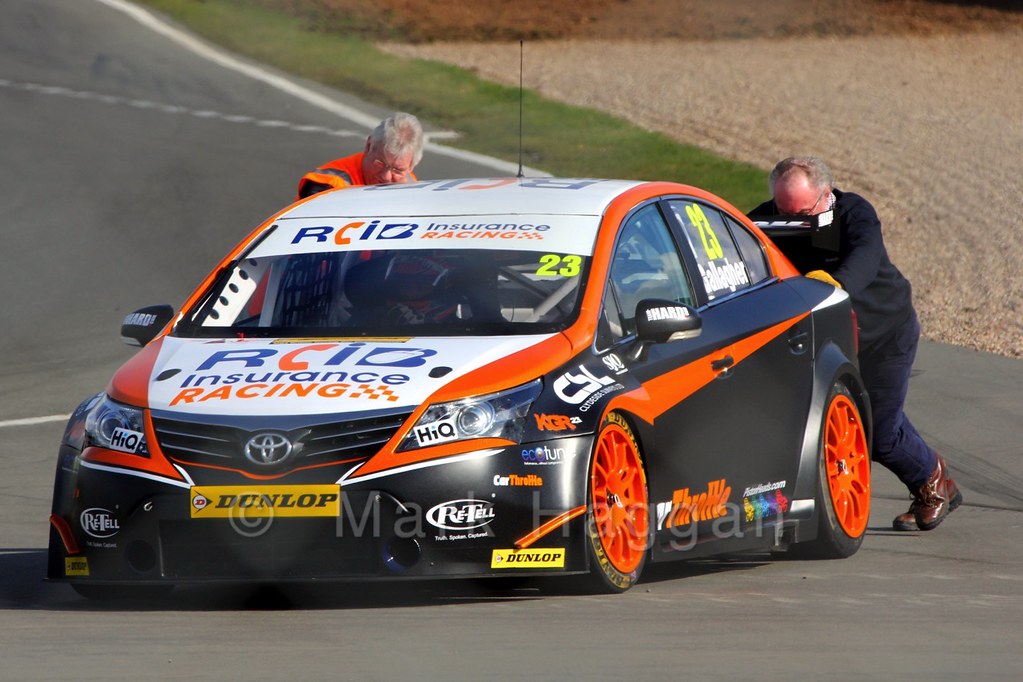 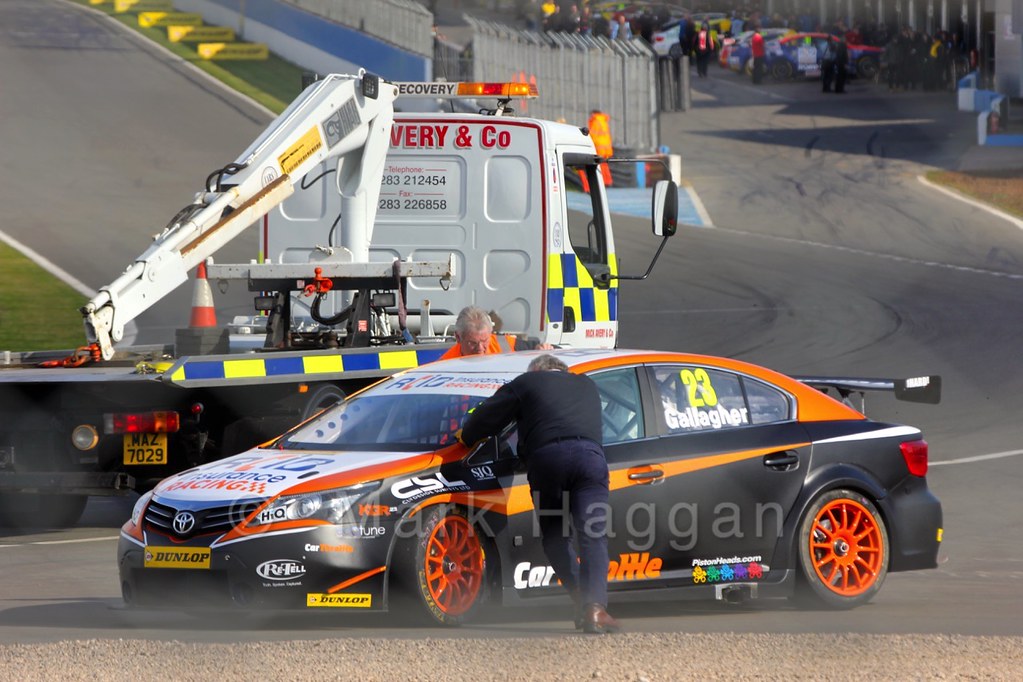 Back in the pits, the concentration was clear to see on the drivers and their teams. Here is Dave Newsham as the team help him out onto the track. 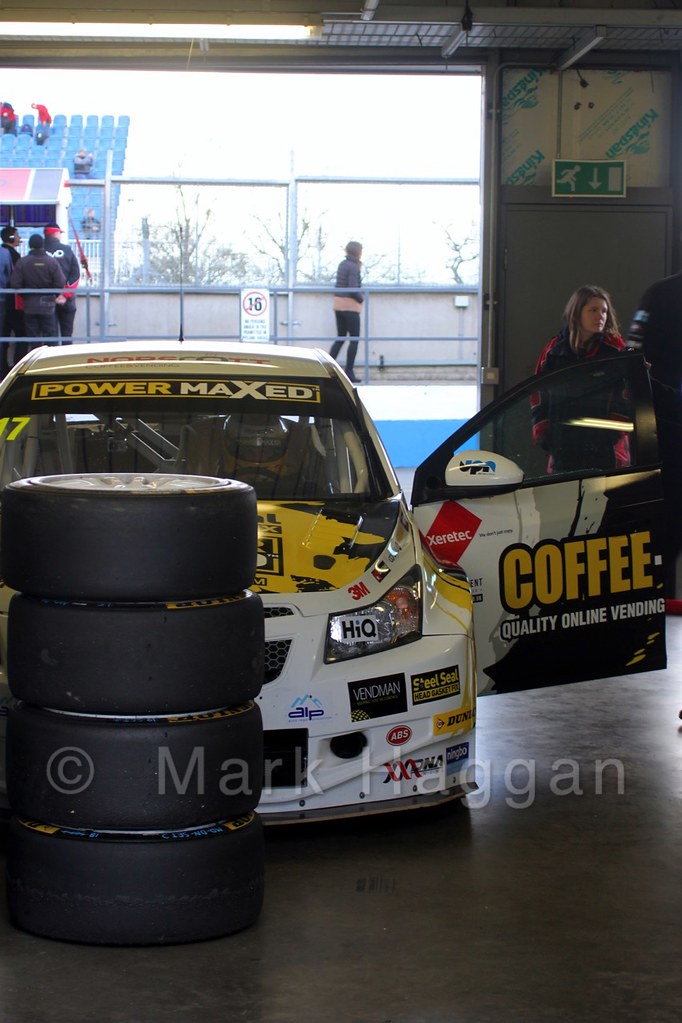 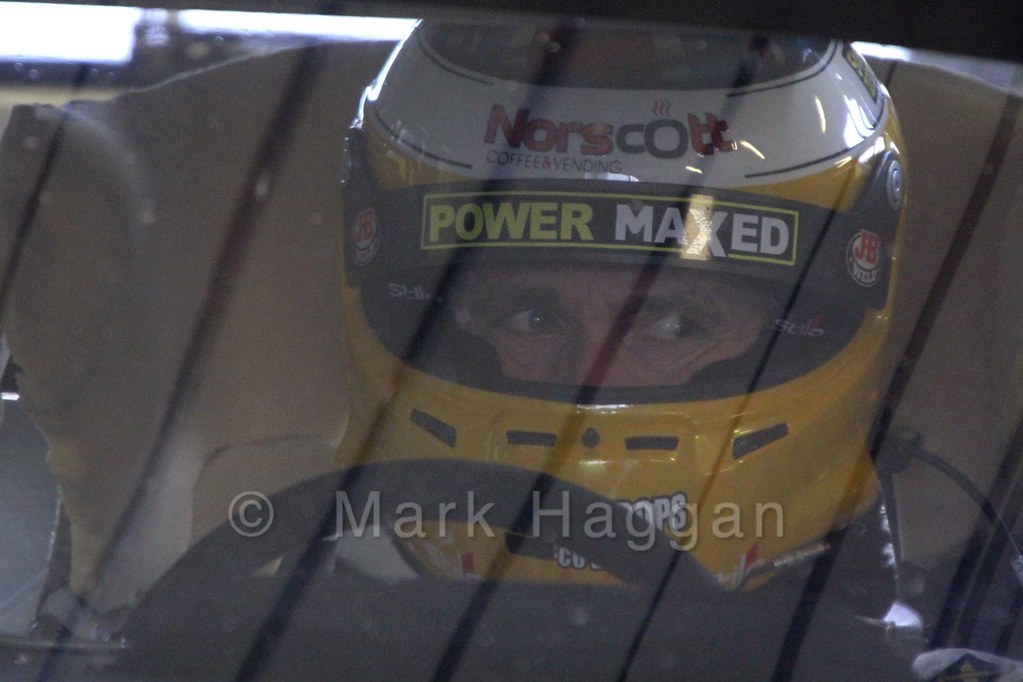 Overall, a great day and no doubt the forerunner to what will be another great season.

Here are a few more photos from the day.