The final round of the British GT this weekend also saw the British F3 Donington Event 2016 as the championship decider for the popular series. The top of the table was tight before the Donington round ensuring an exciting end to the season with multiple drivers who could become champion.

Qualifying saw Ben Hingeley take the top spot, continuing on his good form with his first podium of the year at Snetterton in the previous race. Second on the grid was Matheus Leist with Harrison Scott in third. As is always the case in BRDC British Formula Three, there was plenty of close racing over the weekend, and the first race saw the three lead cars from the grid taking the three podium spots, although in the order of Matheus Leist first, Harrison Scott second and Ben Hingeley third. With two races to go, Matheus’ grip on the championship was tightening.

However, the second race saw different drivers on the podium, with Toby Sowery, Eugene Denyssen and Thomas Maxwell, giving the second and third place drivers their first podiums of the season. 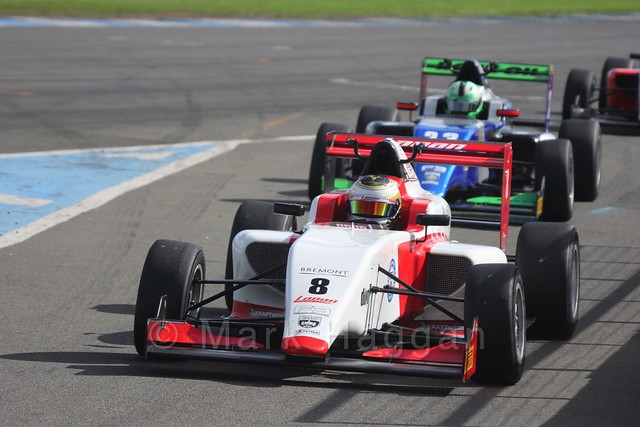 The third race saw Toby Sowery take his second win of the day, with Enaam Ahmed and Thomas Randle joining him on the podium. Overall, Toby’s excellent weekend saw him take third place in the championship, with Ricky Collard ahead, but the two fifth place finishes for Matheus Leist in the last two races helped him keep the overall lead and become the BRDC British Formula Three champion of 2016. After such a superb season with eleven podium finishes, no doubt Matheus will continue on to even bigger things.

Here are a handful of photos from the weekend. 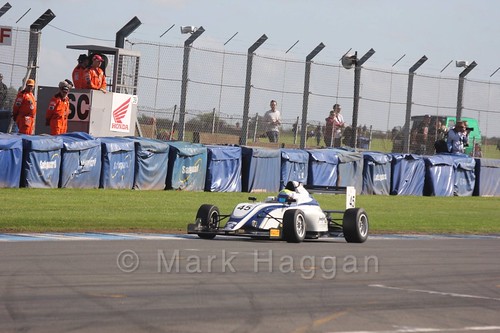 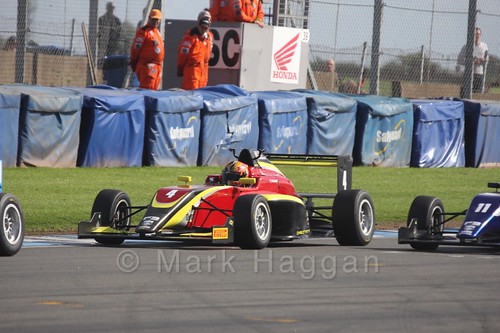 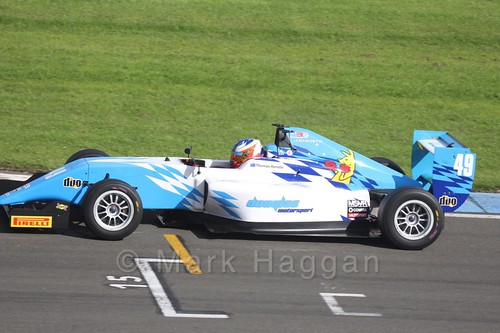 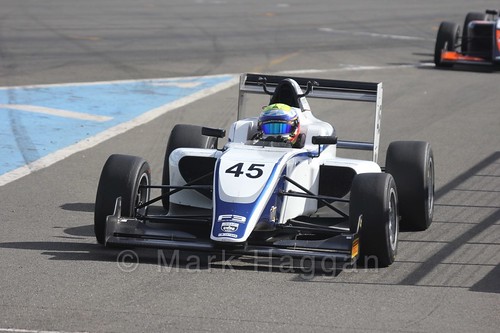 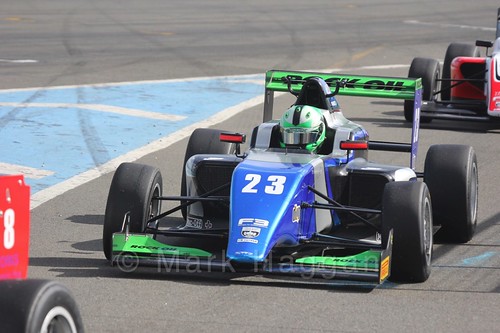 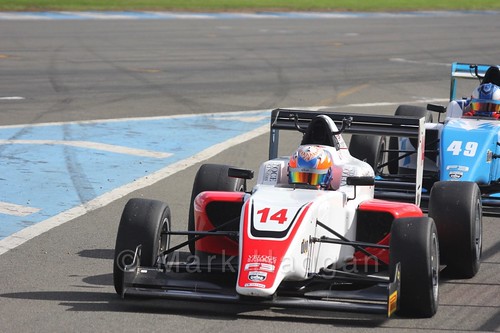 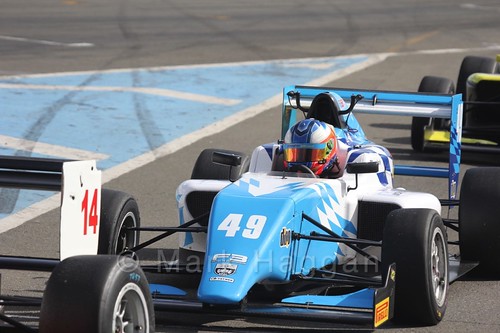 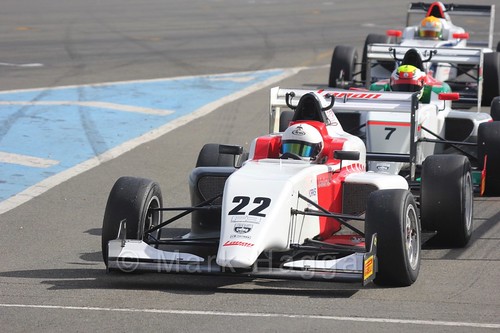 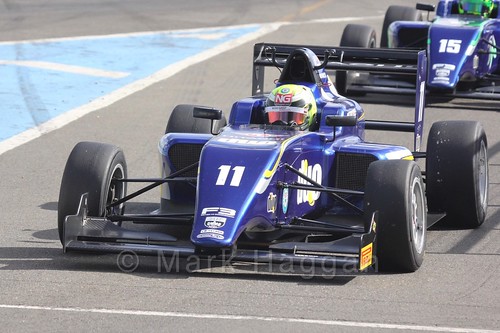 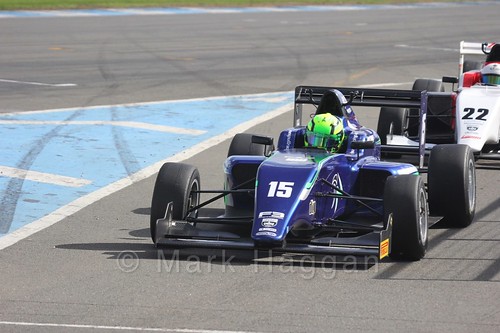 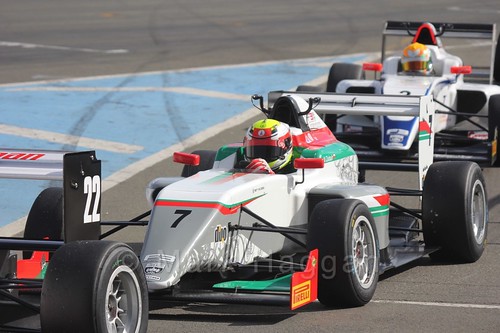 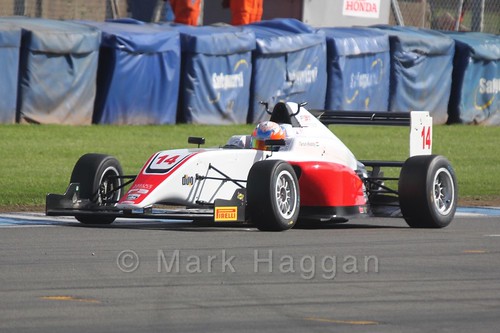 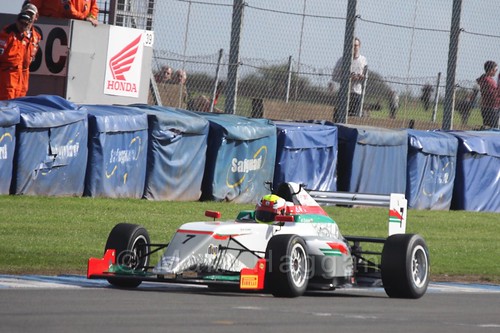 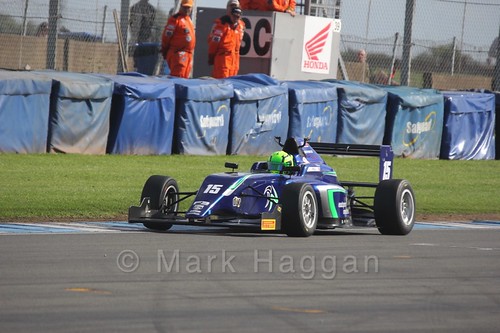 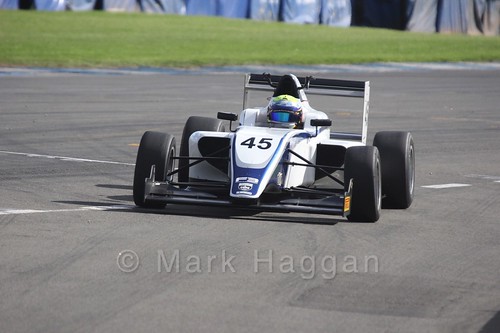 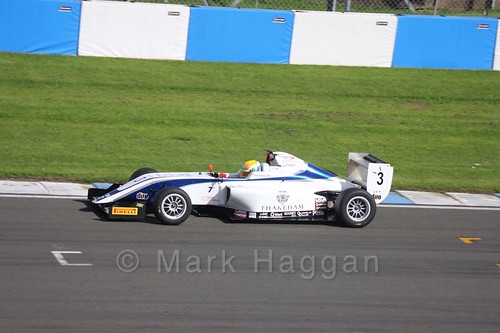 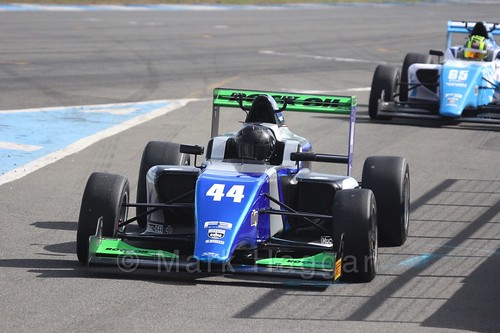 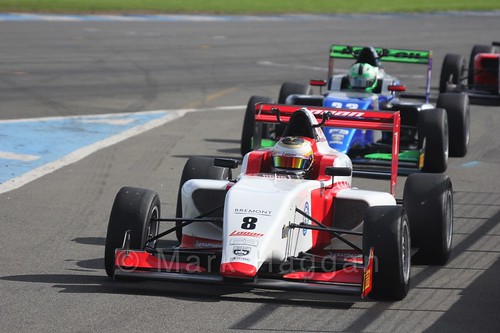 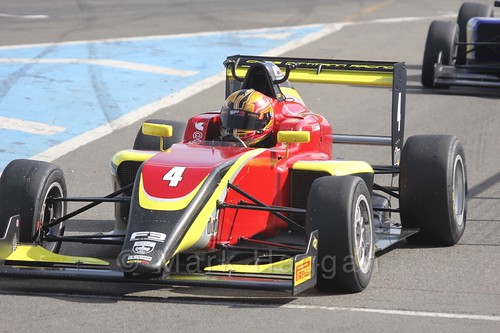 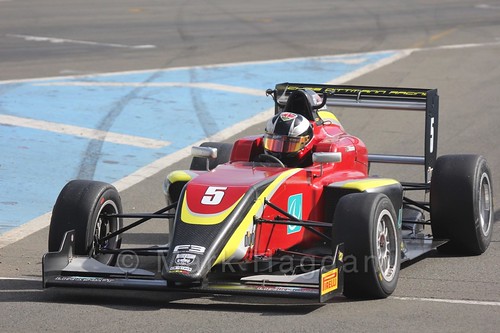 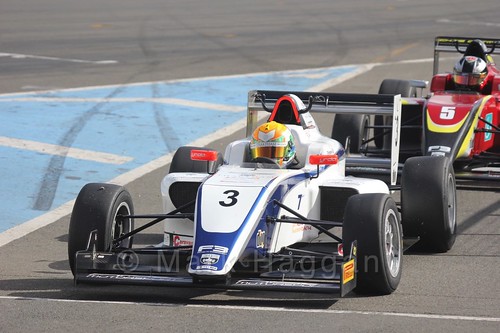 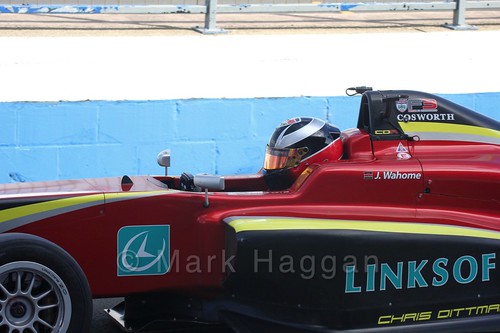