Today is the 750th anniversary of what is often claimed to be the first parliament as we would recognise it today, when, on the 20th January 1265 during the Second Barons’ War, an English parliament met at the Palace of Westminster. It was not the first parliament to have met in England, but what differentiated this from previous events was that as well as the noblemen of the time, this parliament included two knights from each county, clergymen, and two representatives of each of the major towns and the Cinque Ports. There were, therefore, representatives of the Barons and the Commoners, getting closer to the idea of a modern parliament. There was even an expenses system for those attending. This was convened by one of England’s less well known rulers, Simon de Montfort. As part of the Second Barons’ War, de Montfort had captured King Henry III and his son, the future King Edward I at the Battle of Lewes in May 1264. Effectively, de Montfort had become the uncrowned king of England until the Battle of Evesham in August 1265, when Edward, who escaped captivity in May 1265 from Kenilworth Castle, led forces that defeated the Barons and where de Montfort was killed. After the battle, de Montfort was buried at Evesham Abbey. 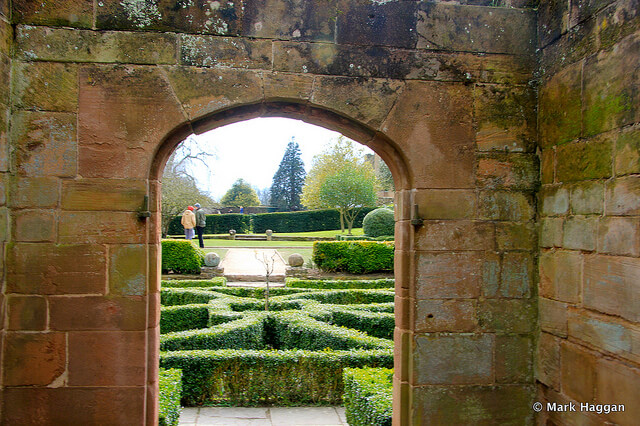 However, although plenty will be said and written today about Simon de Montfort – and rightly so – less is likely to be said about his wife, Eleanor de Montfort who was also a remarkable person. Eleanor was the youngest child of the much maligned King John of England and Isabella. She was born in 1215 – the year when John agreed the Magna Carta during the First Barons’ War – only to see her father die the following year, and the year after that, her mother returned to Angouleme in France, leaving the very young Eleanor in the care of others. At the age of nine, Eleanor was married to William Marshal, the 2nd Earl of Pembroke, who was twenty five years her senior. William died only seven years later, and Eleanor became a widow at the age of sixteen. Chronicles of the time tell of her falling in love with Simon de Montfort when she was twenty three, and was married in secret at the King’s Chapel. Scandalously at the time, she was marrying for love, not for politics of position. Although Eleanor was not present at the Parliament of 1265, she did exert influence on her husband, and the politics of the time. After his death, Eleanor fled to Montargis Abbey in France, where she lived until her death in 1275. Her brother, King Henry III, agreed an income for her in return for her not returning to England, showing that she still exerted influence.

The grave of Simon de Montfort

Simon and Eleanor had seven children, among them Eleanor de Montfort, Princess of Wales and Lady of Snowden, wife of Llwelyn ap Gruffudd, the last Prince of Wales before the annexation by Edward I.

The de Montforts were Earls of Leicester, and although their name might not be as well known as it should around the country, the name is remembered in Leicester, through locations like the De Montfort Hall, the Simon de Montfort Society and its educational work and school, and De Montfort University.

As a child studying British history at school, I had an image of the Kings and Queens of first England, then Great Britain, and then the United Kingdom being a continuous line from the Saxons through to the modern era, with the exception of the interregnum caused by the Civil War. The most interesting period seemed to be that of the Tudors and the Stuarts. However, on closer inspection, it is a much more complex and interesting story. I had heard of some of those who were disputed rulers, like Lady Jane Grey, the Nine Days Queen, or Matilda, known as Empress Matilda or Empress Maud. However, there are others, like Simon de Montfort, who also effectively ruled England. King Louis VIII, or Louis the Lion, was proclaimed King of England at St Paul’s Cathedral in 1216. In fact, the almost fifteen months during which de Montfort effectively ruled England, from the capture of Henry in May 1264 until his death at the Battle of Evesham in August 1265, means that de Montfort was the leader of the country not just longer than Lady Jane Grey and Empress Maud, but of a number of other monarchs including Edward V, Harold Godwinson (the defeated king at the Battle of Hastings), and more recently, Edward VIII.

The First Barons’ War gave us the Magna Carta in 1215 – with June this year seeing the 800th anniversary of that great charter which has been such a key part of our and other legal frameworks ever since – and the Second Barons’ War gave us arguably the first parliament as we think of it today, with the Commons and Lords both represented. It is interesting, therefore, that although we celebrate both the rights described in the Magna Carta and the concept of parliament, the incredibly turbulent times that produced these two civil wars, and some of the key figures like Simon de Montfort, are less well remembered.