I wrote last year about the 2013 Heart of the Forest Festival in the village of Measham, Leicestershire, right in the middle of the National Forest, hence the name, that included motorbike stunts, wild west shows, and all sorts of exciting things.  Today saw the Heart of the Forest Festival 2014, and as normal, I popped along, ably assisted by both my son Xander, and my dog Berta.

The event kicked off with a parade through the village, led by some local children, and with various exhibits and music, as well as some interesting vehicles. 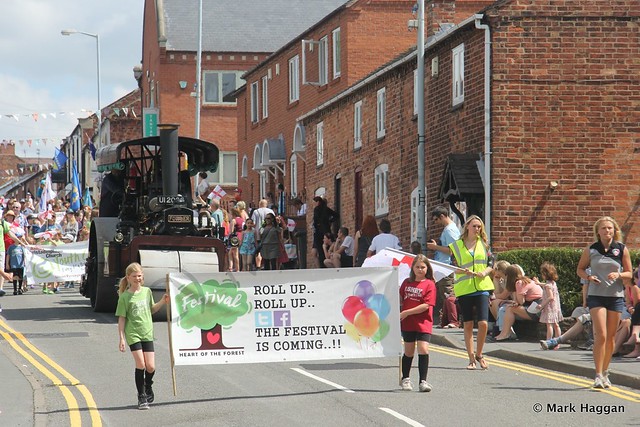 A steamroller from the City of Londonderry Corporation was near the front of the parade, and the eagle eyed among you may spot that it was being closely followed by a tiger.  Xander regarded the tiger suspiciously, suspecting that he may come for tea and eat all of the sandwiches and cakes…. 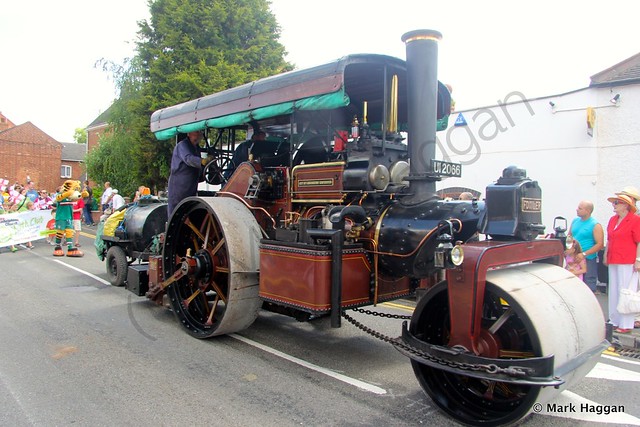 Being a rural community, there were no shortage of classic tractors in the parade. 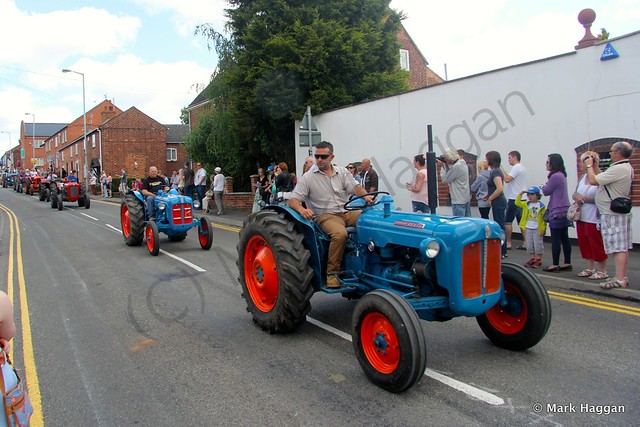 There were also a series of other classic vehicles, including a US army jeep.  Thankfully the onboard gun was well covered and clearly out of use. 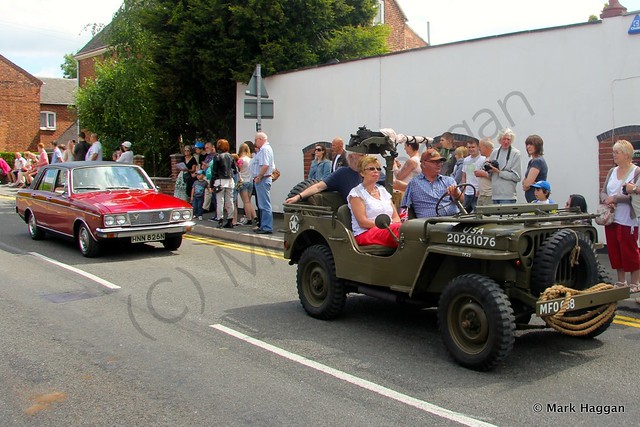 That was not the only military vehicle in the parade, as an armoured personnel carrier came slightly later on.  It was an odd sight watching it roll through the village. 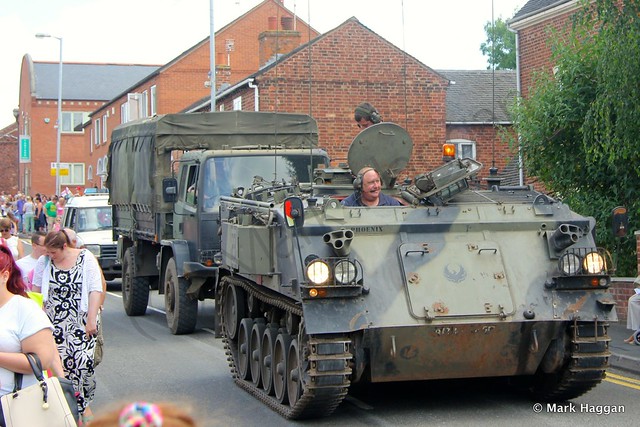 The local Motorbike Funerals made an appearance, with their ever popular motorcycle hearse. 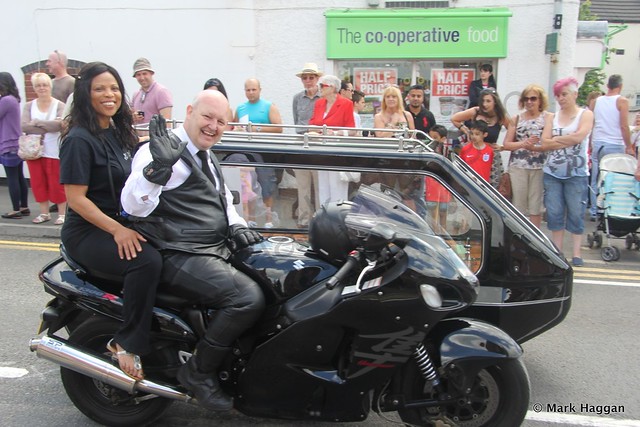 The parade finished, and everyone – and it felt like everyone in the village – followed it into the playing field where the rest of the festival was being held.  Xander headed straight for the tractors, and was particularly taken by the Massey Fergusons, and was pleased to be able to sit on one of them. 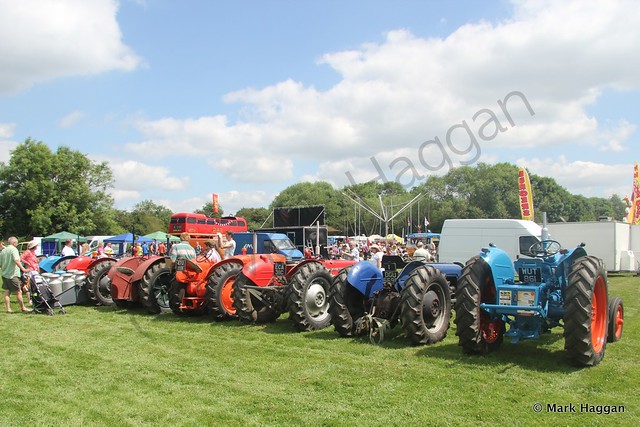 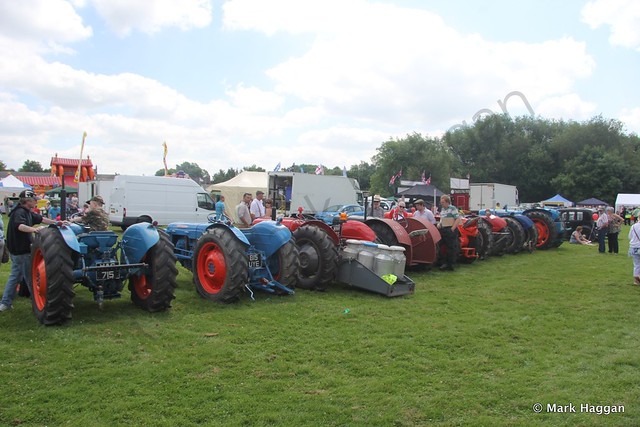 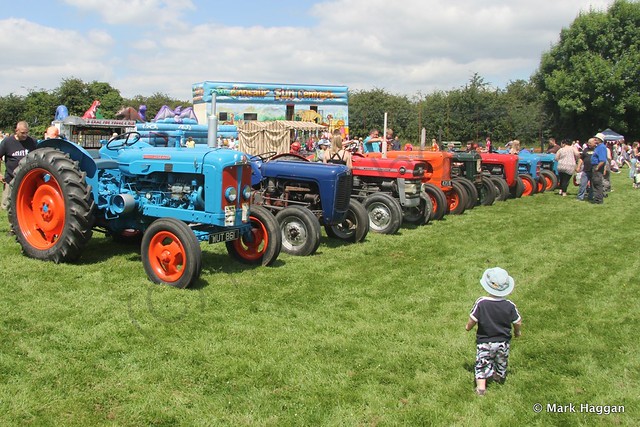 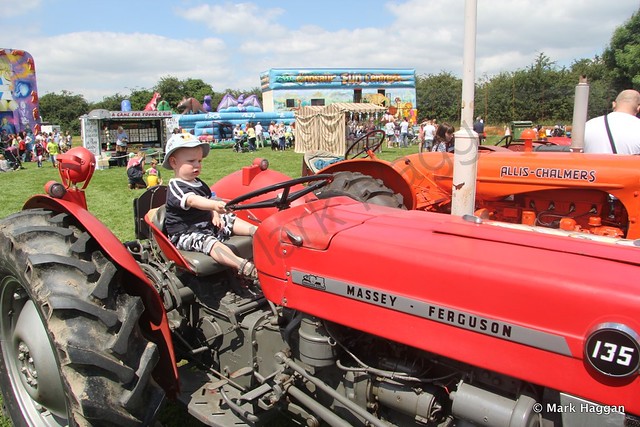 Berta also spotted something of interest and a few friends at the Doggylicious stand, and certainly availed of their water and dog biscuits… 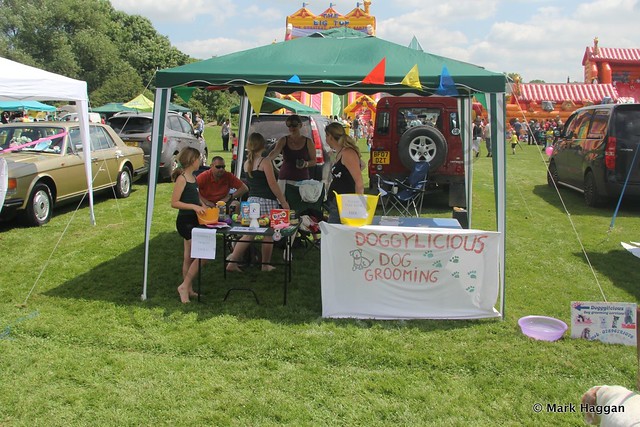 There were, as always, plenty of things to see and do.  Xander was taken by the various birds at the owl & parrot rescue centre, and sad to see that so many beautiful creatures need to be rescued. 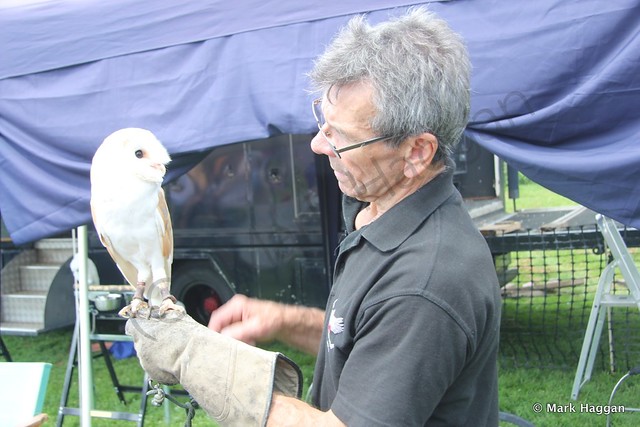 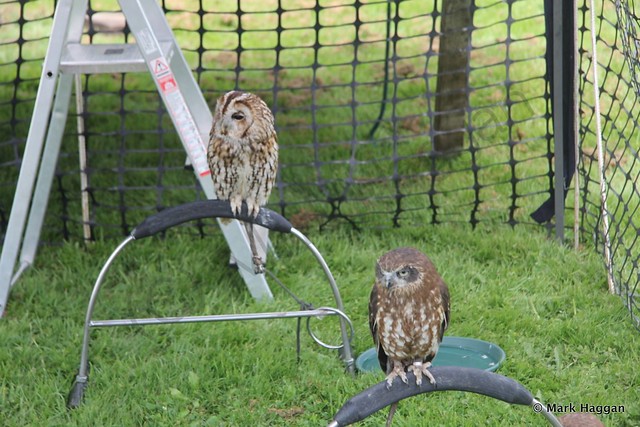 People had travelled a long way to be at the event, and it seemed that some had traversed time as well as space to make an appearance, although Xander did not seem to be too perturbed by the appearance of a couple of Daleks and a TARDIS…. 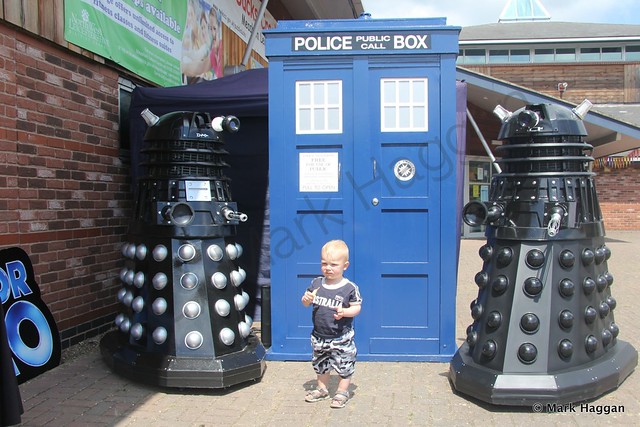 All in all, a good time was had by all, and looking forward to the Heart of the Forest Festival 2015.