I’m in York today, and one of the outstanding monuments in the centre of the city is Clifford’s Tower.  The tower is the remainder of the Norman keep that formed part of York castle that was built under orders from William the Conqueror to stamp his authority on the formerly viking city of York.  The site dates back to 1068, although the original fortification was quickly overrun by vikings, and was reinforced the next year.  The current castle is easily seen from many parts of the city, standing magnificently on its hill. 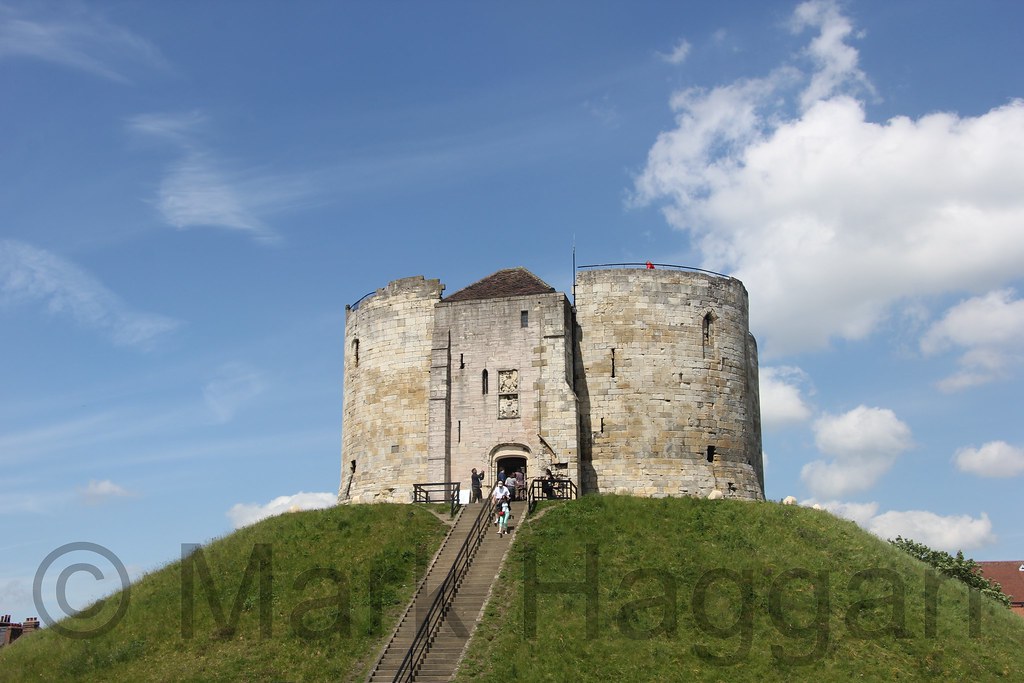 The castle is accessed from a square which is home to other buildings that have formed parts of York Castle over the years, and have housed various prisons.  These are now a museum where visitors can see the women’s prison and the debtor’s prison among others.  These can be seen from Clifford’s Tower. 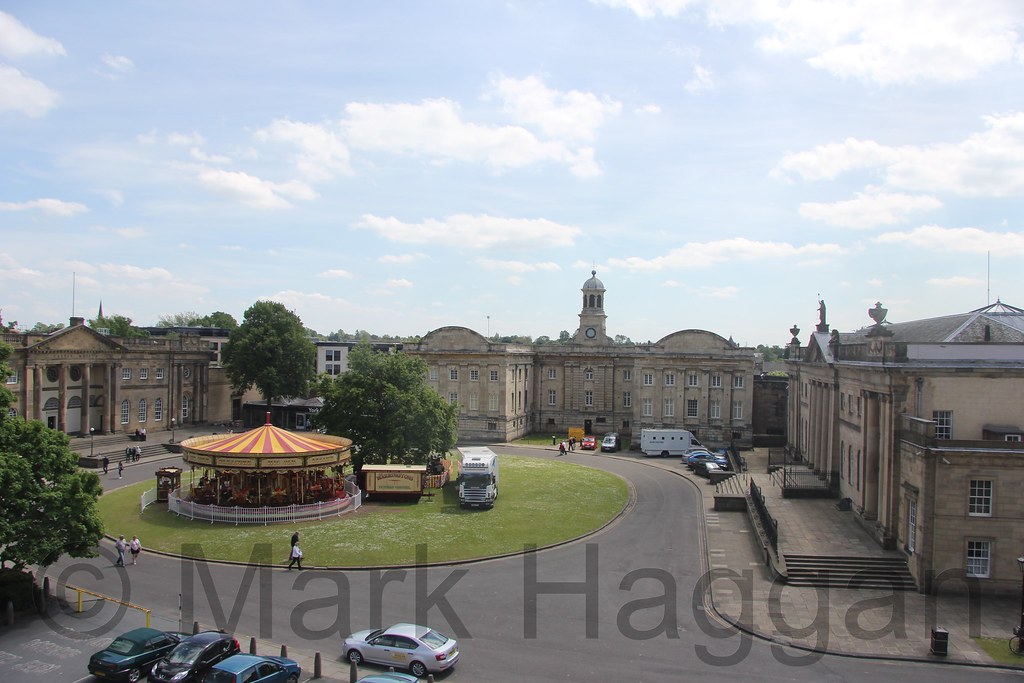 As you can imagine, the view from the top of the tower is superb, and other York landmarks like York Minster are easily visible. 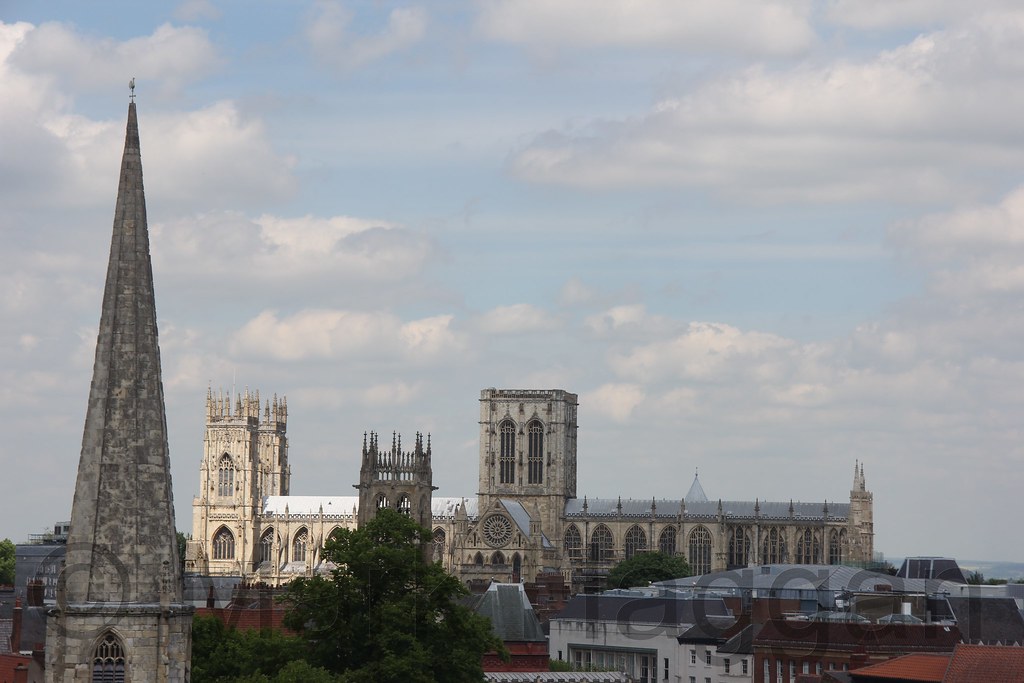 The view from the walls also includes a look into the tower as well as outside, and you can see the remaining shell of the fort. 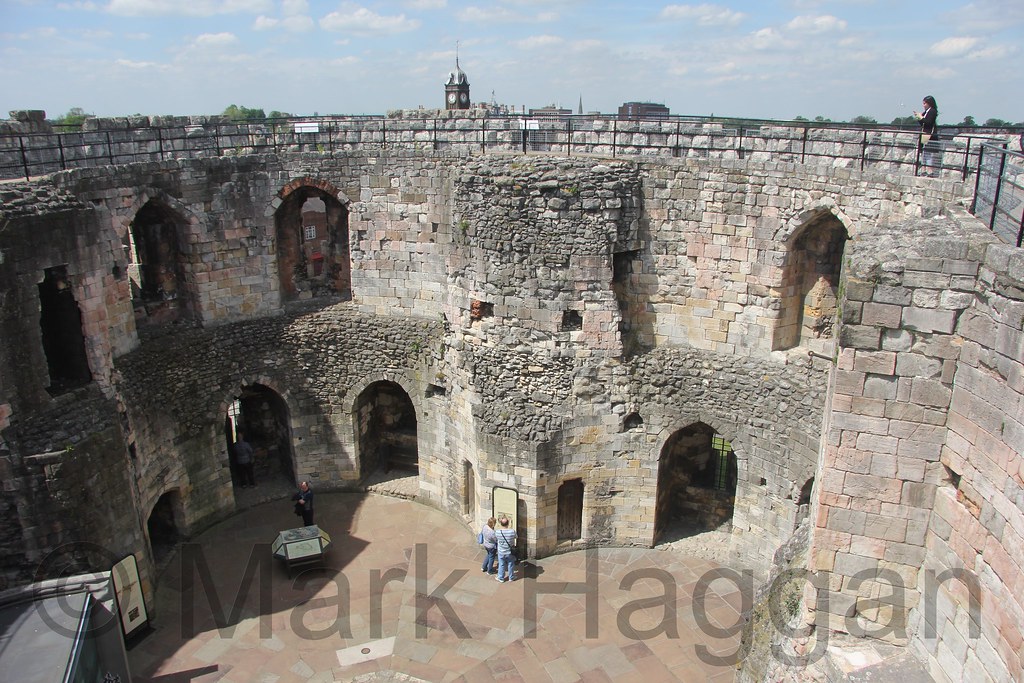 I always find the staff at English Heritage sites to be very helpful and friendly, and this was particularly true today at Clifford’s Tower, where the person at the entrance and those in the gift shop could not have been more helpful, including seeking us out to have a chat.

The parts of the castle that remain include some wonderful features, like this door.

What a wonderful door.

The castle has, like many others, seen plenty of dark days, including one in 1190 when 150 jews were killed in a pogrom, to which a plaque is displayed near the entrance.  One of the legends of the tower is that the walls still bleed from this incident, although that may be because of iron oxide in the stone used to build the tower. 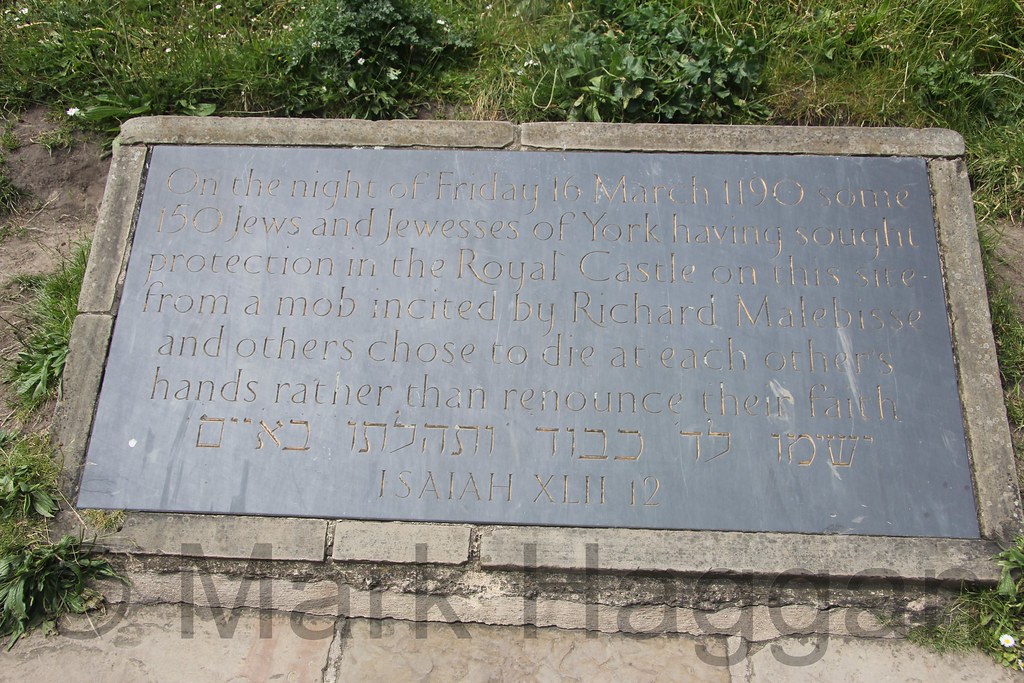 York is a fantastic city to visit, and it is not lacking in impressive sites, and among these, Clifford’s Tower is one of the really outstanding locations. Definitely worth a visit if you find yourself in or near the city.