You may be aware that I am a fan of motor racing, although I was quite old before I got to my first live event, although that was partially driven by growing up quite far from a circuit. Luckily, there are a number of circuits near where I now live, and my son Xander’s first motor sport event came somewhat earlier in his life, at the age of four and a half months. We went along to Donington Park yesterday to watch qualifying for the British Touring Car Championship, or BTCC for the day.

I was nervous in advance about taking such a young child to the event, although it is a circuit very near home, it’s a circuit I know well, and I was lucky enough that a friend was coming along too with his son. I arrived at the circuit, with a plethora of equipment, loading Xander into a carrier for him so that he could see the action all day, and with an obligatory bag full of baby accoutrements and a camera with me. This was actually much easier than I expected.

Although BTCC is not as loud as, for example, Formula One, it is still loud, and a baby, or even an older child, is best protected with ear defenders, and that is exactly what I did with Xander, as you can see below. I was also equipped with various hats and the like to block the sun, and copious amounts of baby sun block. Given the recent weather, it was great that we needed to use it quite as much as we did. 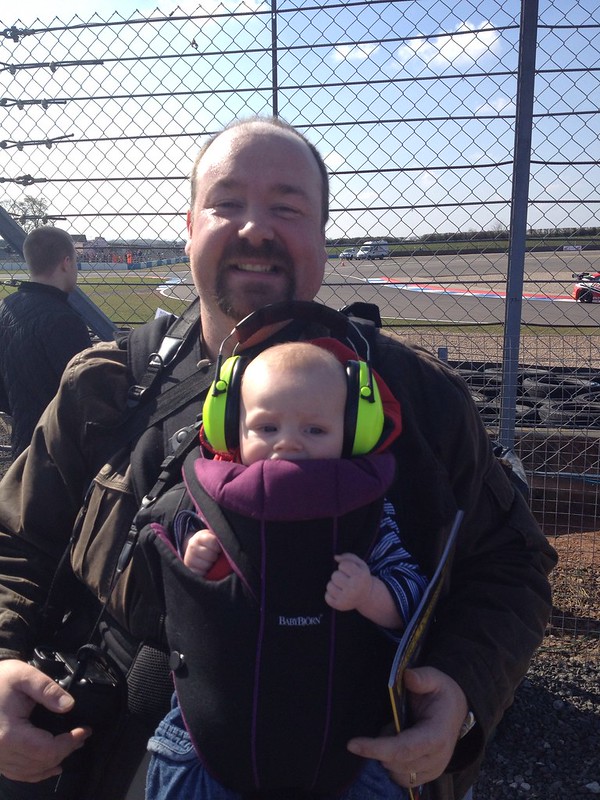 Xander was actually very relaxed about the whole thing, and spent most of the day smiling and watching the cars. He was actually paying attention to the cars, which pleased me greatly!

BTCC is a great event, and it is easy to understand why it is so popular. Not only is there great racing, but there is good access to the cars and drivers, which is impressive given the popularity of the sport. 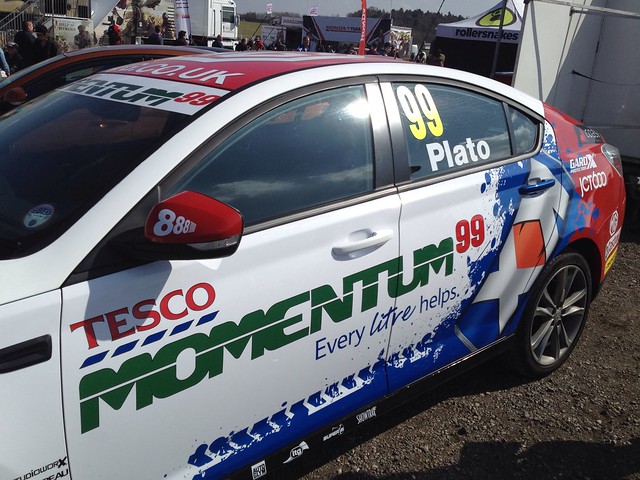 Rather than taking lots of pictures with a DSLR, I have a few pictures taken with my phone, as that seemed to be an easier option given the number of items that I was juggling, but as you can probably tell from these, there is good access given that you can get this close with just a phone camera. 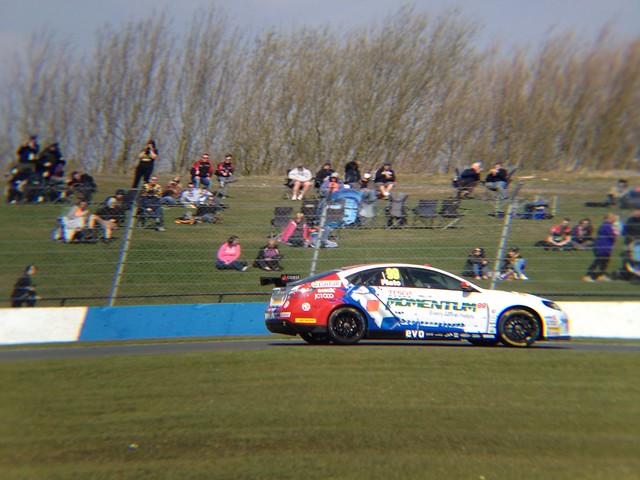 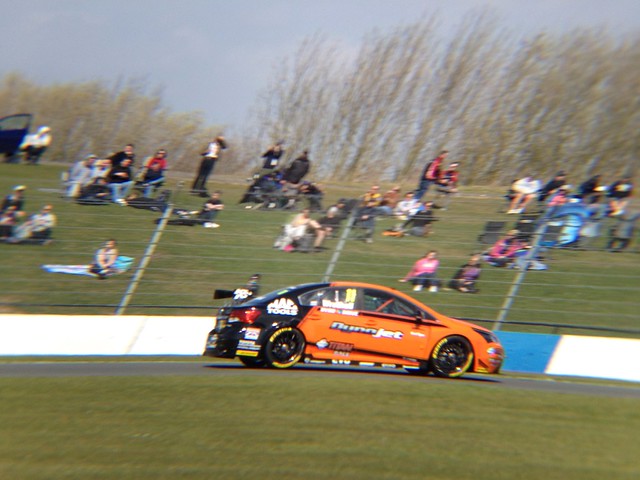 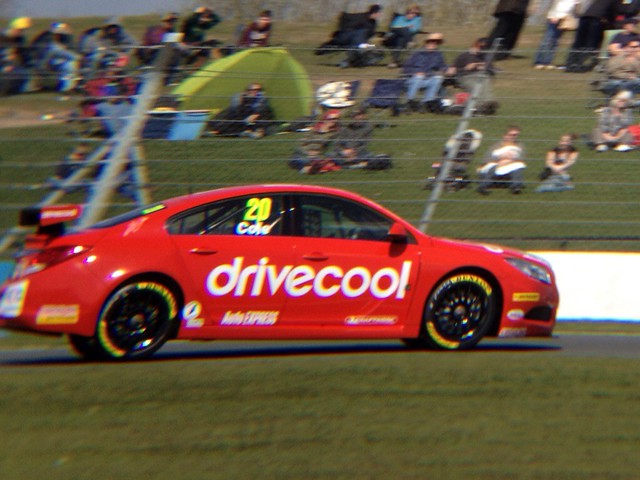 I was amazed by the number of positive comments I received about Xander, who was winning over everyone he met with a big smile. “That’s the cutest thing I’ve seen all day”, said a young lady promoting something or other there. I presume she was talking about Xander rather than me. It was great that so many people were not just polite and pleasant about me being there with a young child, but were helpful, and had I been there by myself, I would have been confident that people would have helped me had a needed it.

It was also interesting to see so many children at the event, varying in age from Xander – who was the youngest that we saw – right through the years to adulthood. There are facilities for children, as usual, but I am not sure if there were more children there, or whether I was just more aware of them having Xander with me.

We had a good look through the pit area as well, with a few stops for people to admire the young chap with me. 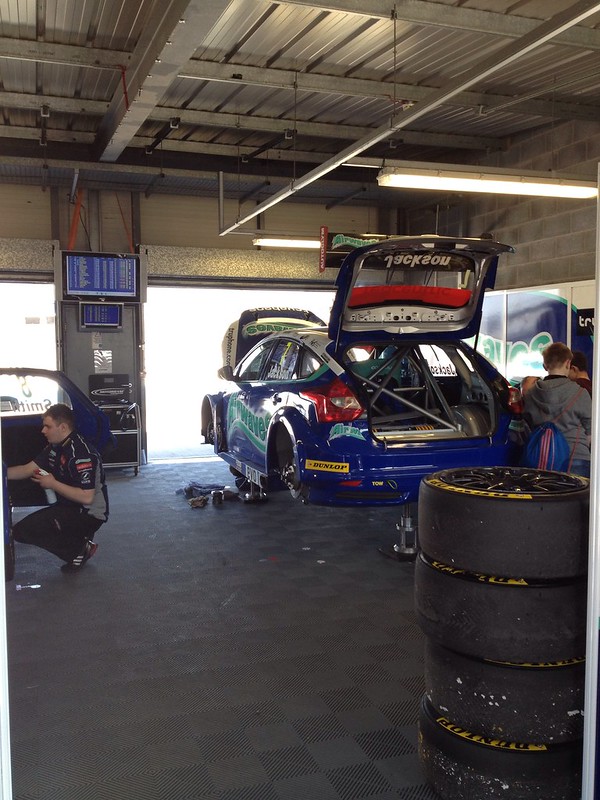 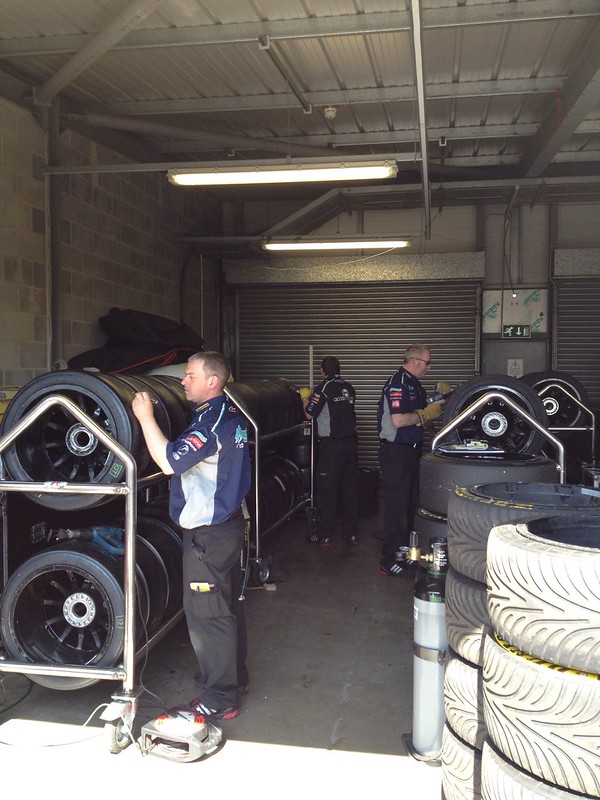 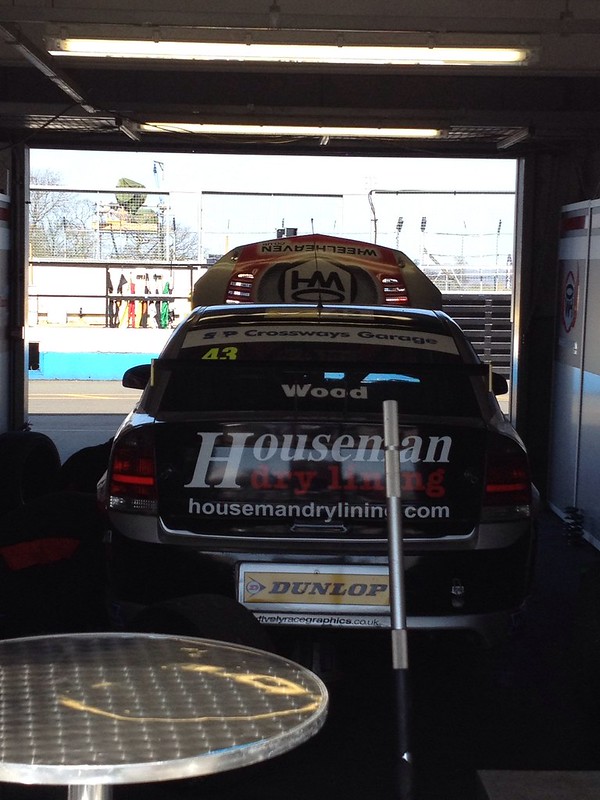 There were plenty of drivers, as normal, around the pit area, and they were busy posing for photos with fans and signing autographs. I am always impressed with just how accessible BTCC is for fans, and how much of an effort each of the teams and drivers seem to make. I suspected that Xander was, perhaps, a little young for photos or autographs, but we did enjoy walking along and having a look.

A few hours at Donington did take it’s toll, and Xander decided that it was time for a nap, and managed to happily sleep complete with ear defenders on. 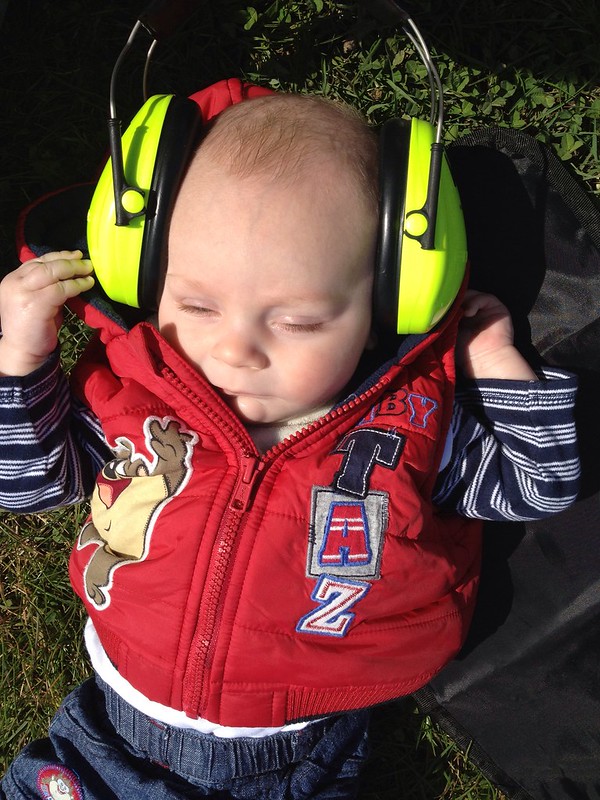 A successful day yesterday, and I will feel much more confident in taking Xander to his next motorsport event, which I am sure is not far away….