This is about cultural differences. I should start this little installment by explaining a little about my physical frame. I am, I think it’s fair to say, of the larger size. I am a few inches over six foot, and of an equally robust mass. I do stand out more in some parts of the world than others, and I do feel quite conspicuous in parts of South East Asia. It does not take a social anthropologist to spot that I am not a local.
I mentioned travelling through Cambodia and Laos recently, including a rather interesting ferry crossing. As part of the same trip, we drove down to the Cambodian border, and overland to Phnom Penh. In the more touristic areas of Cambodia, like Siem Reap – near the Angkor temples – and Phnom Penh, seeing westerners is not unusual. In some of the more rural parts of the country, there are not quite as many Europeans around.

We stopped in a market in Kampong Cham, which was full of impressive and exotic looking fruits and vegetables, another of the cultural differences with the UK. We walked around to see what was on sale. Rather than being a market for tourists, this was a working local market, and we were mingling with people out doing their shopping. I did manage to get a few odd looks, but all quite polite. 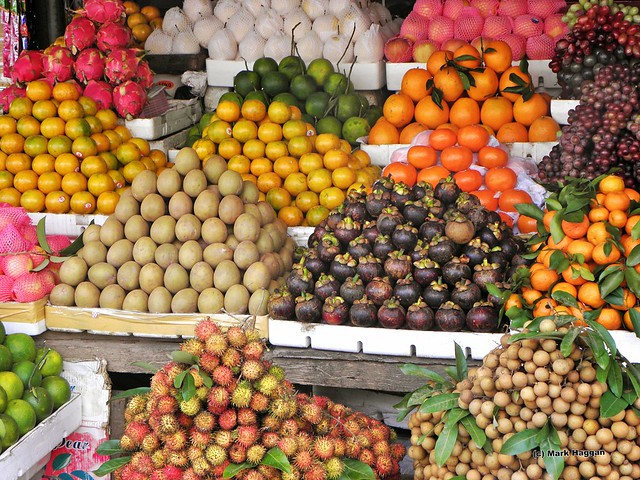 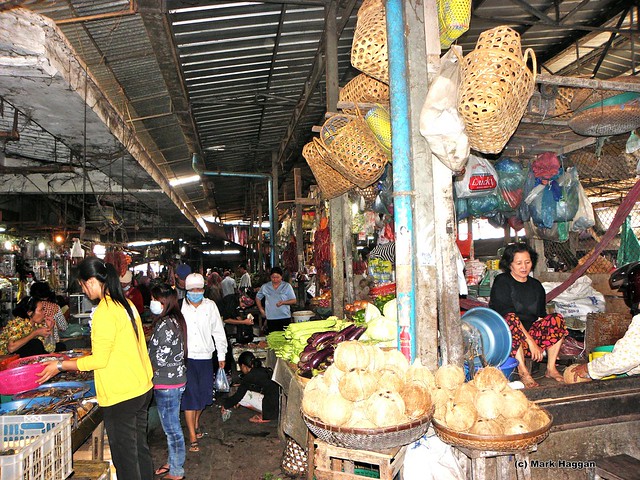 We travelled a little further, and came to the Banteay Prey Nokor temples near Kampong Chang. These were impressive temples, with impressive gardens, including a series of monkeys living there. The monkeys were very familiar with human interaction, and were regularly fed by tourists, both local and more international. 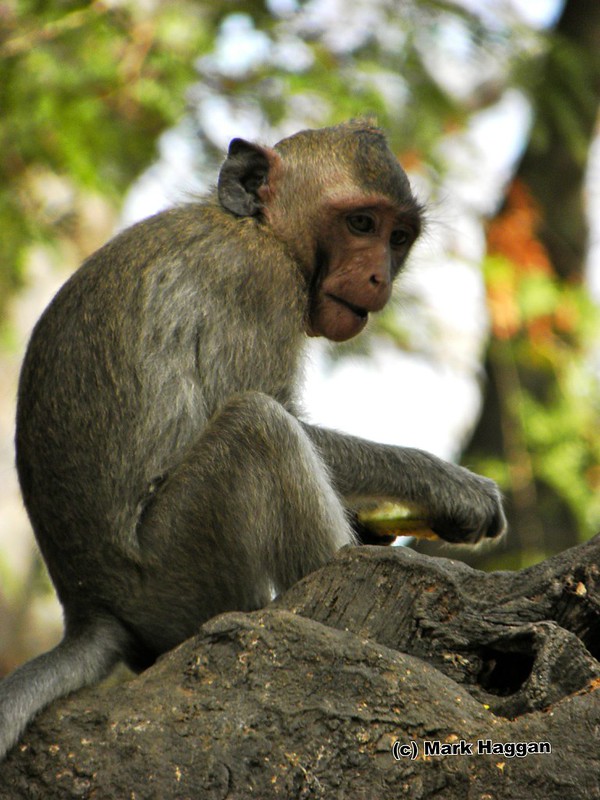 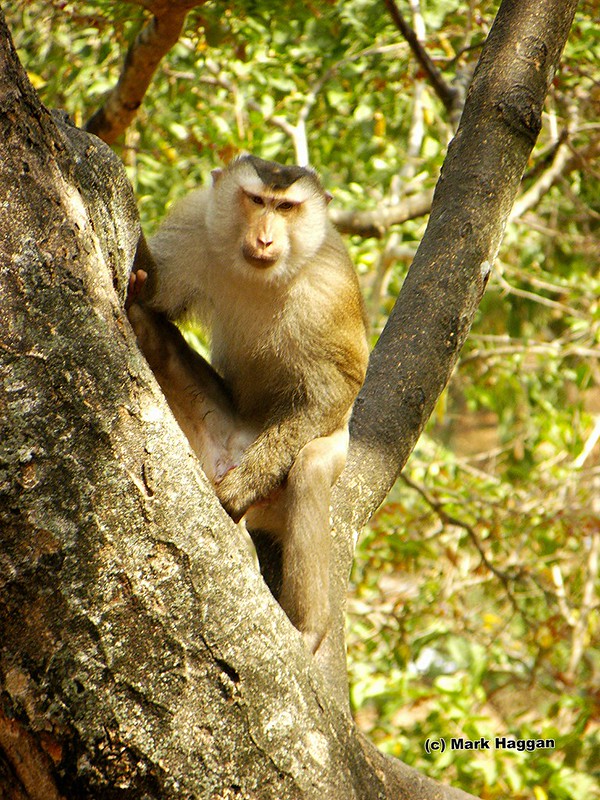 Here, we found a series of local monks, who seemed very happy to see me. One of them moved forward as the appointed leader of the pack. He had a few words in English. They were, as with most people we met in the area, a jolly bunch indeed. They were very keen to engage in conversation with us, and it turned out that they wanted permission to rub my belly. I know that this seems most odd, but they were delighted when I had no issue with this. They all took turns touching my belly, and I tried not to show my bemusement too much. The ringleader monk explained – in broken English – that being large, both in terms of height and weight, is seen as a sign of health & wealth in the local culture. I must have appeared like a lottery winner given my overall size. One of them smiled at me and said “You like the Buddha” as he laughed and touched my belly. I tried to explain that, although normally being told that you had the body of a god was a good thing, there were exceptions.