On my recent trip to Poland, I went to visit the Wieliczka Salt Mine, near Krakow.  I was aware of the mine as a key tourist attraction, although had never been on any of my previous trips to the city, and as we were driving more or less by the entrance, it seemed a good opportunity to find out more.

The mine has been active since the thirteenth century, and has attracted plenty of famous visitors, including Bill Clinton and Pope John Paul II in more recent times, and previously such luminaries as Nicolaus Copernicus, Johann Wolfgang von Goethe, Alexander von Humboldt, Fryderyk Chopin and Dmitri Mendeleyev have all come to see the mine.  Many of the famous visitors are represented by statues of them carved out of the rock salt within the mine. 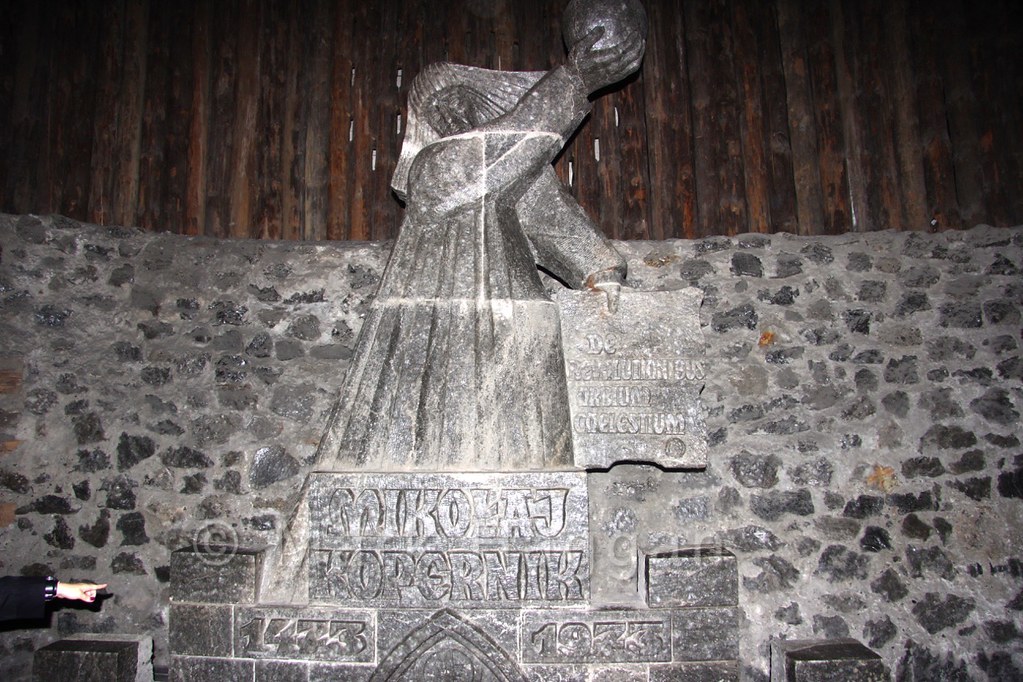 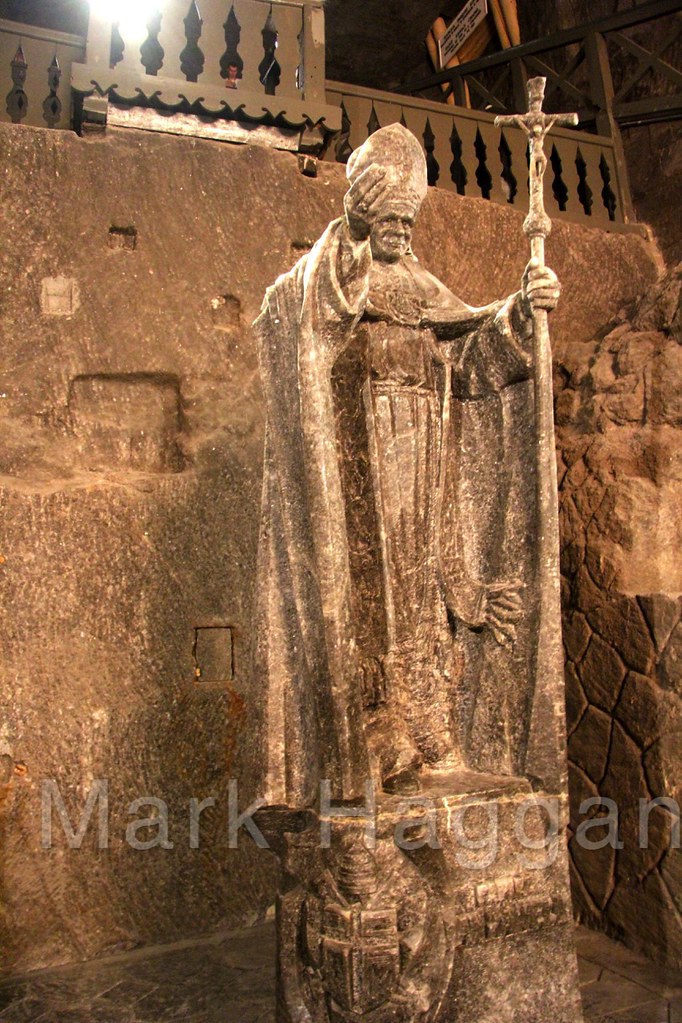 There is a local legend that Kinga of Poland, the daughter of King Bela on Hungary, threw her engagement ring into Maramures salt mine. When she arrived at Wieliczka where her husband, Bolesław V came from, the ring had miraculously travelled through the ground, and like the ground in Maramures, there were salt deposits. Kinga and Bolesław were important figures in the history of the region in the thirteenth century, and Kinga was canonised as Saint Kinga in 1999 by another visitor to the mine, Pope John Paul II. There is, of course, a scene carved into the rock in the mine depicting the story of Kinga and the ring. 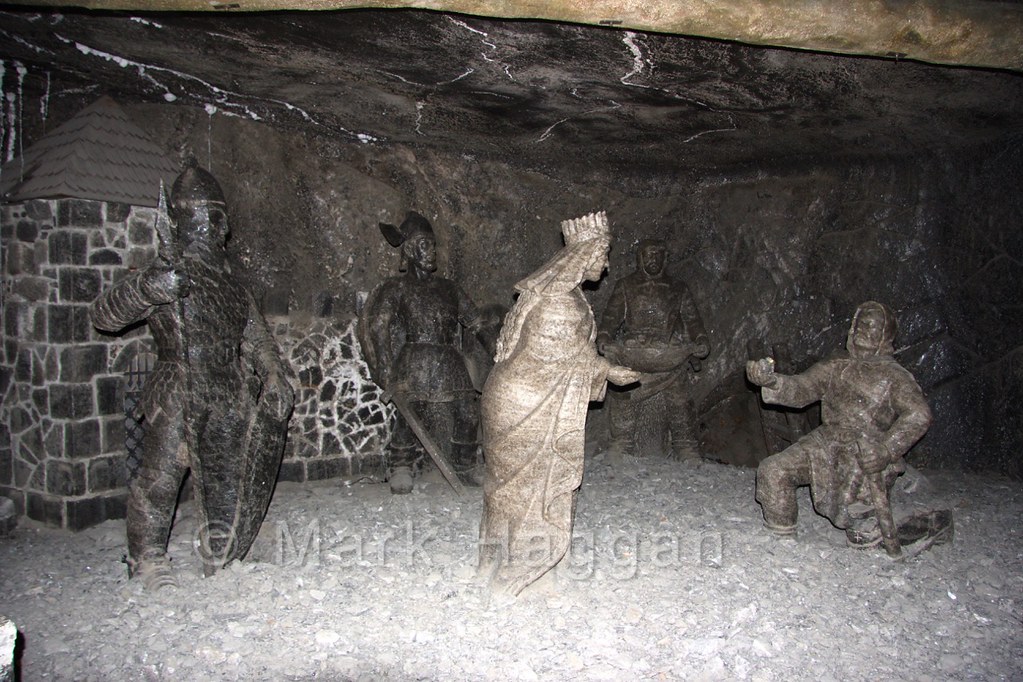 As a tourist, the mine is accessed by a series of flights of stairs. As the journey through the mine continues, there are plenty more stairs, but other than those at the start, they come in small bursts, so walking around is not that difficult. They are also mainly going down. The mine is vast, as you can imagine after nearly 800 years of digging, and the trip around the mine includes plenty of statues and other carvings by the miners through the life of the mine, which continued until 2007. 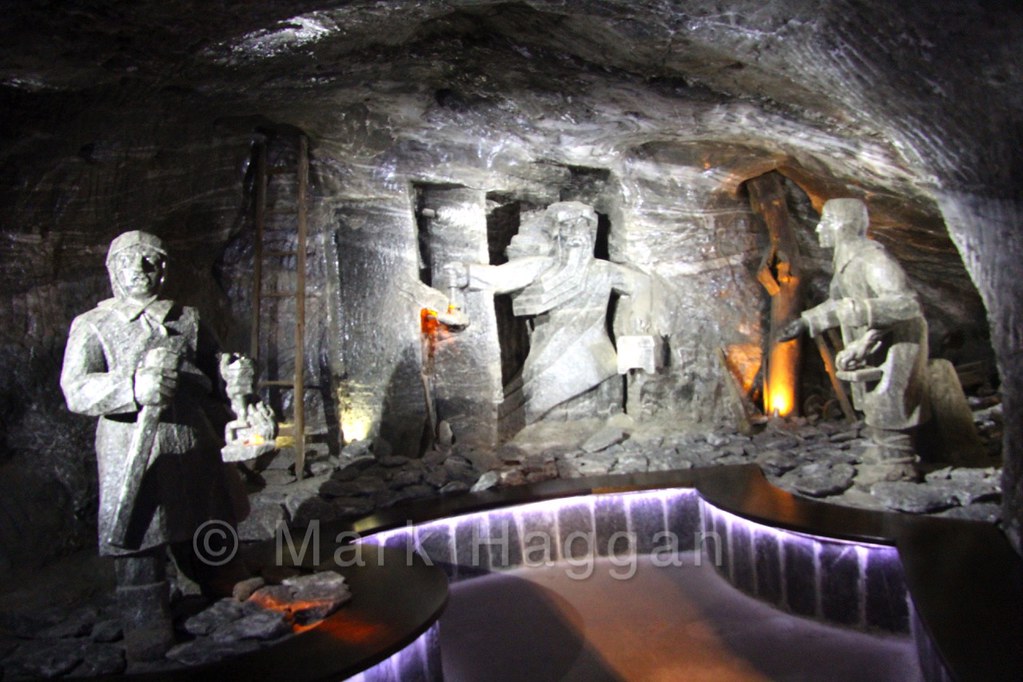 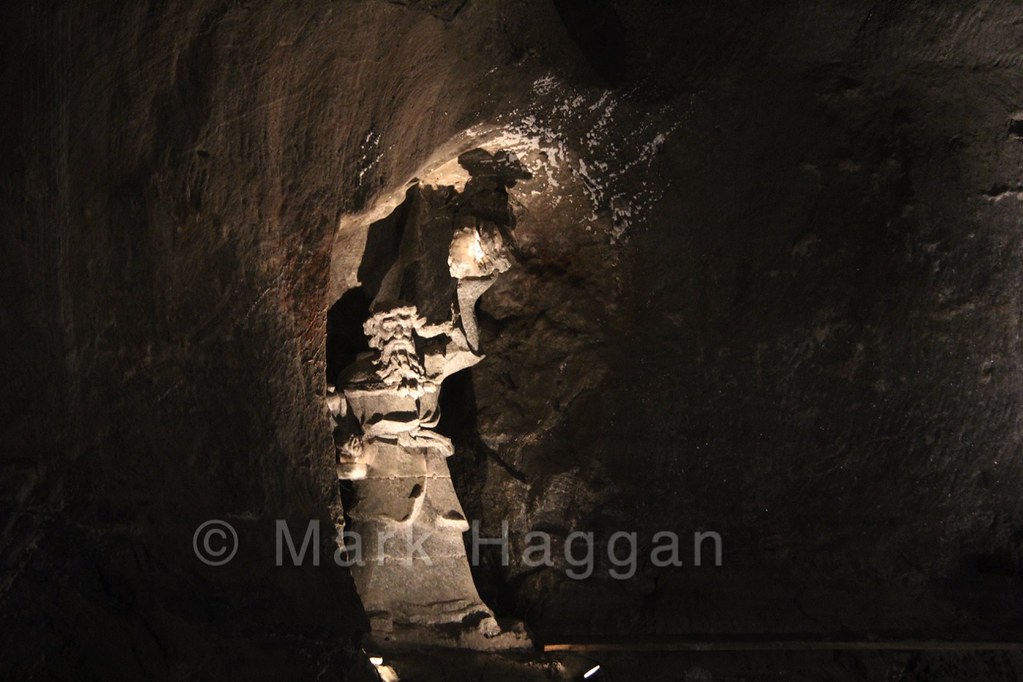 As well as the superb carvings, it must have been quite a feat to get all of the wood – which forms stairs, roof supports and the like – and other materials into the mine, deep underground. 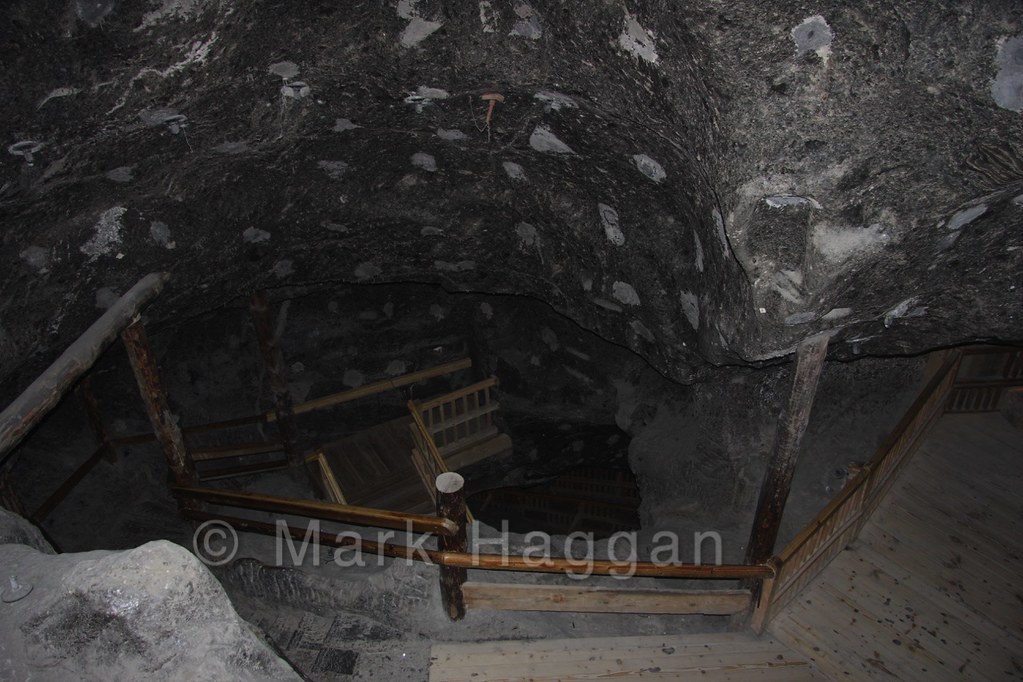 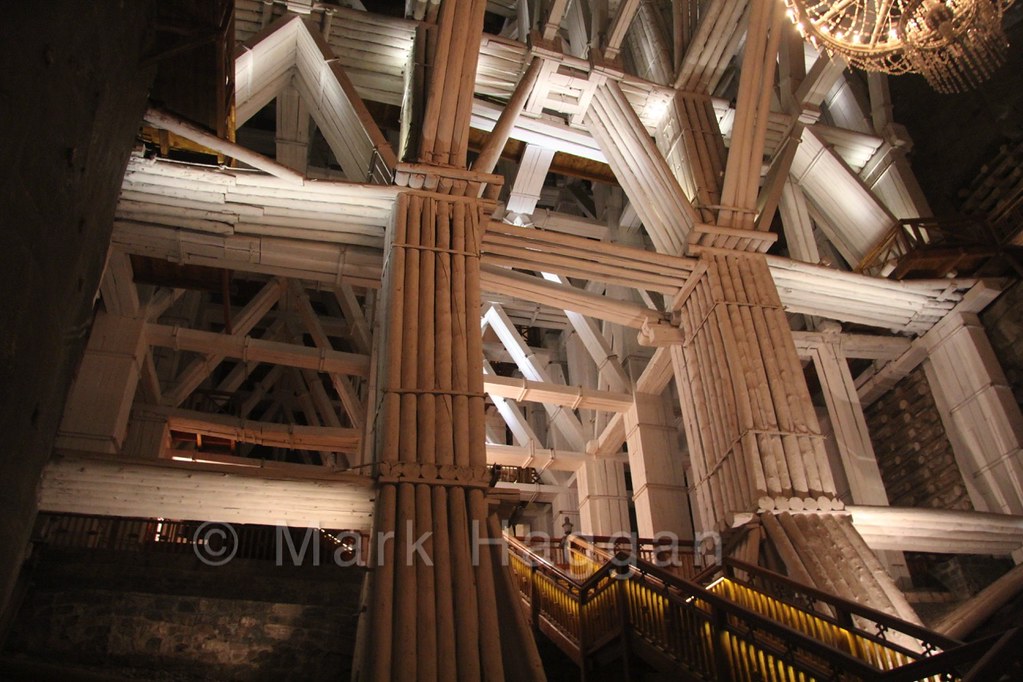 Some of this was managed by horsepower, with horses turning wheels to lower and raise items in and out of the mine. There are now models of horses demonstrating what real horses would have done until relatively recently, mainly coming into the mine as young horses and spending the rest of their lives in the darkness. 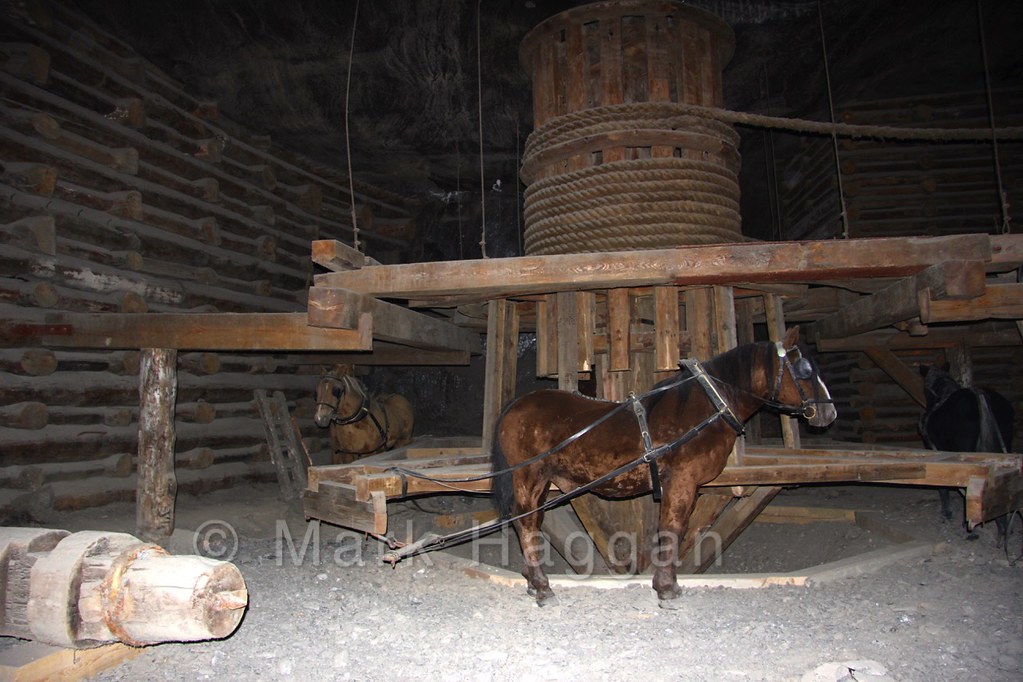 As well as horses, people would also have worked to turn the wheels that kept the mine running. 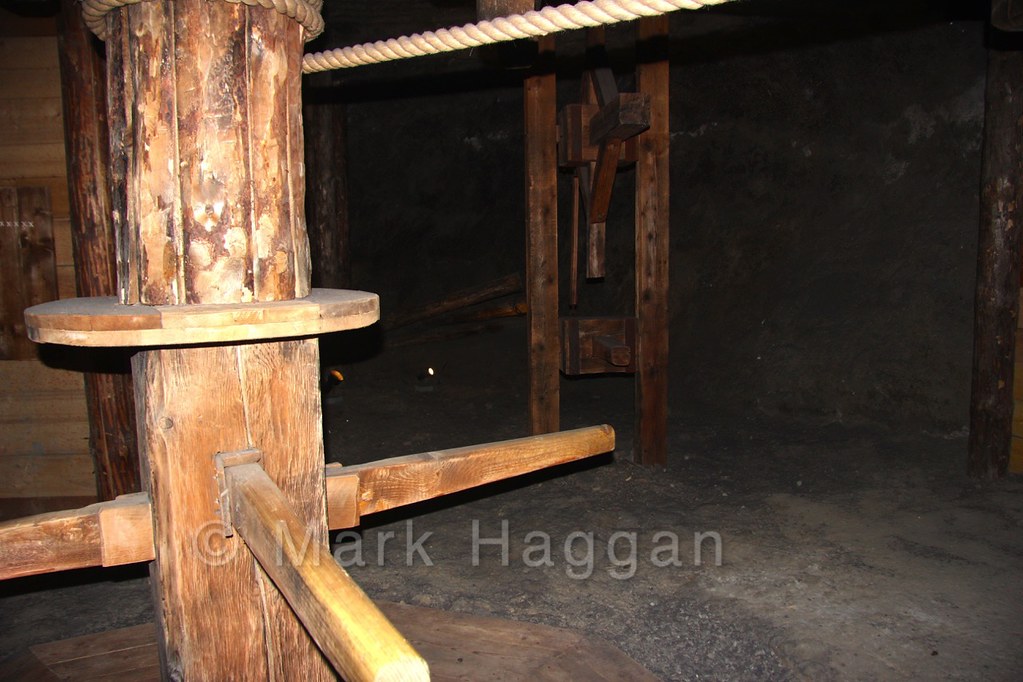 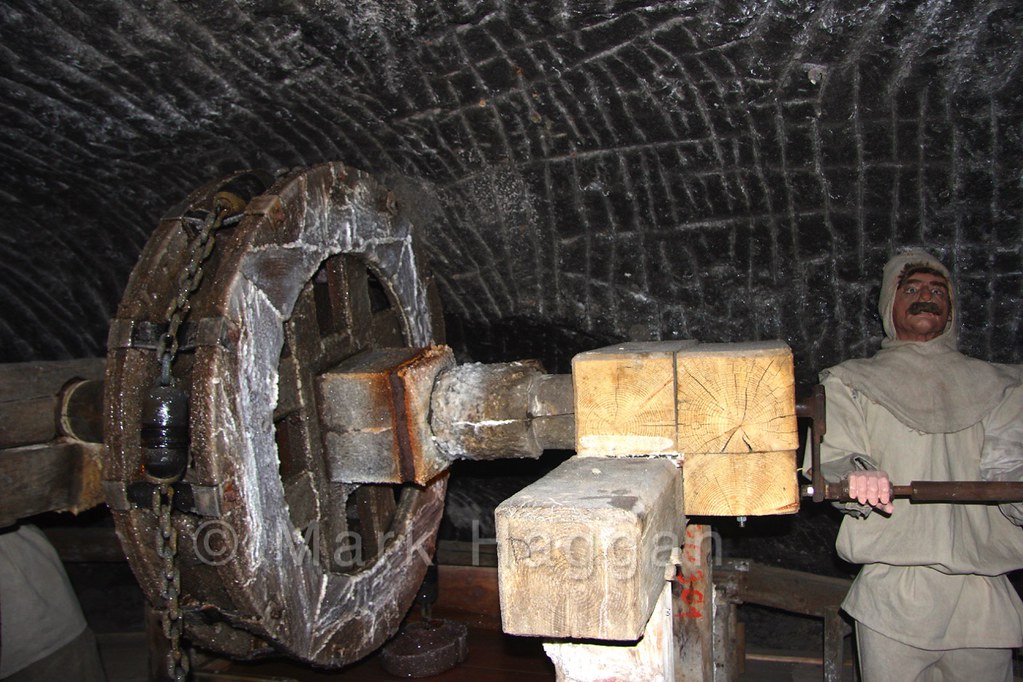 There have been plenty of dangerous jobs in the mine over the years, including those who burned off the methane and other gases before the miners could get to work in the morning. 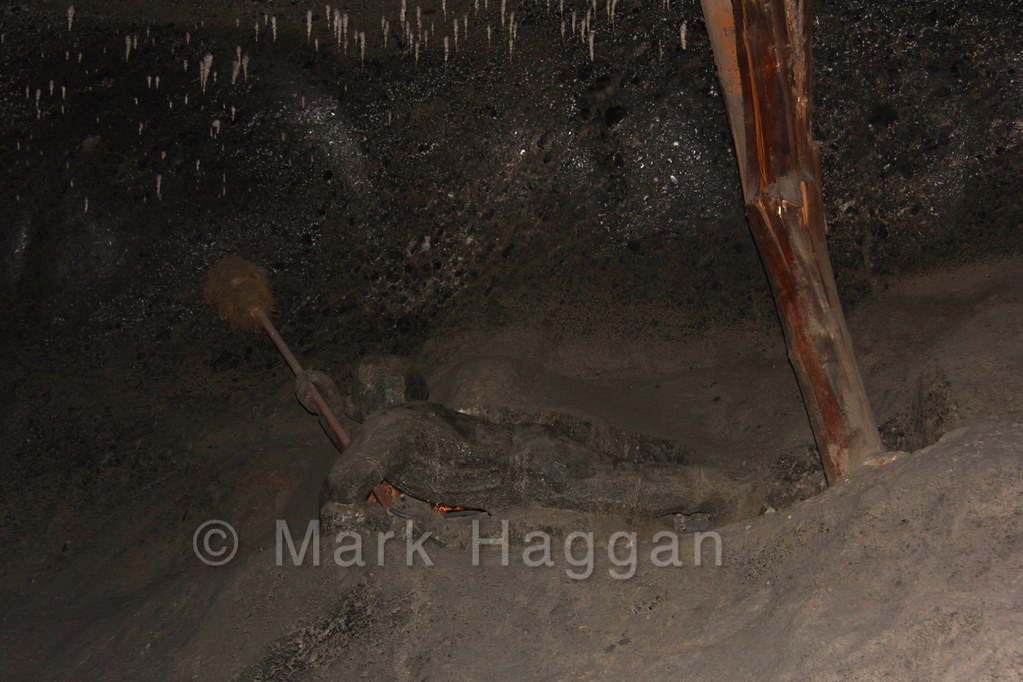 There are a huge number of chambers and rooms, all carved from the rock, that can be visited, which are just a fraction of the total number in the caves. One of the most impressive is the cathedral, which holds religious services including weddings. 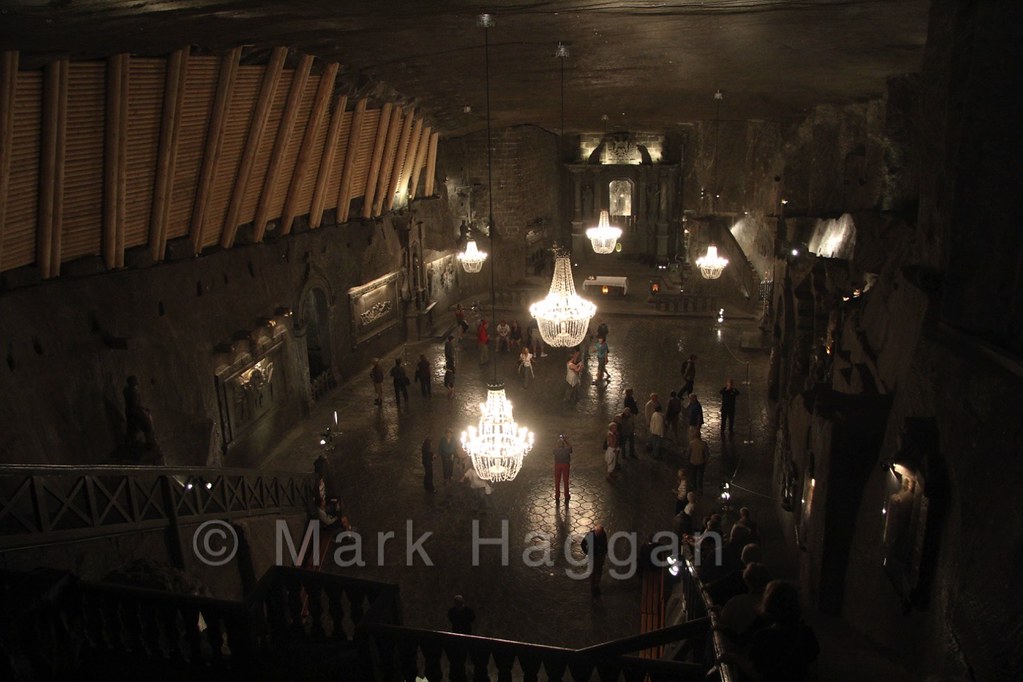 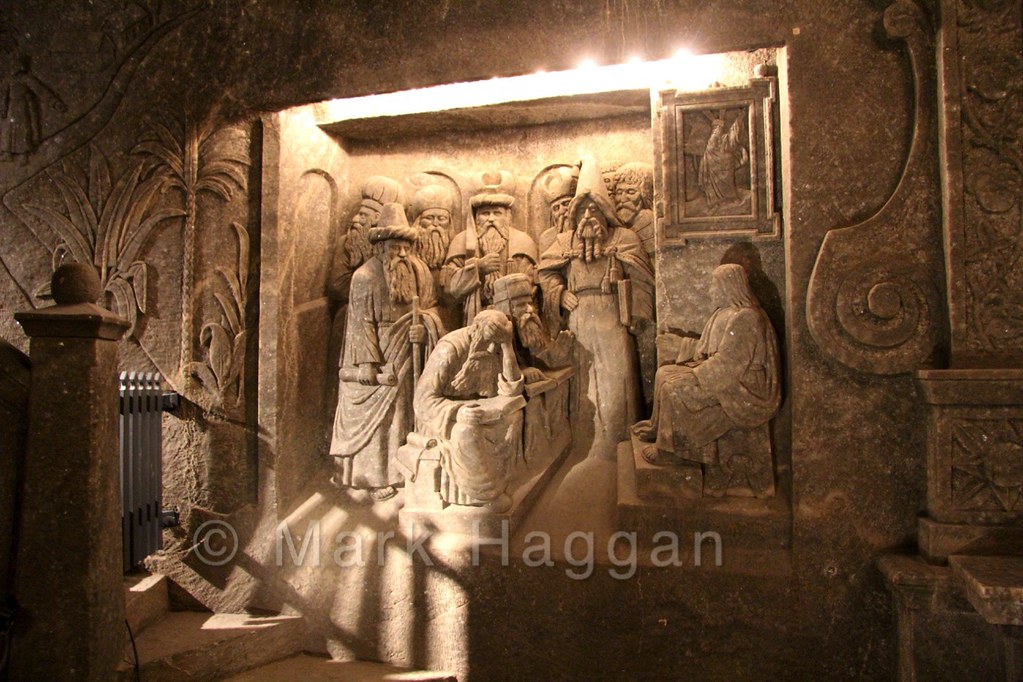 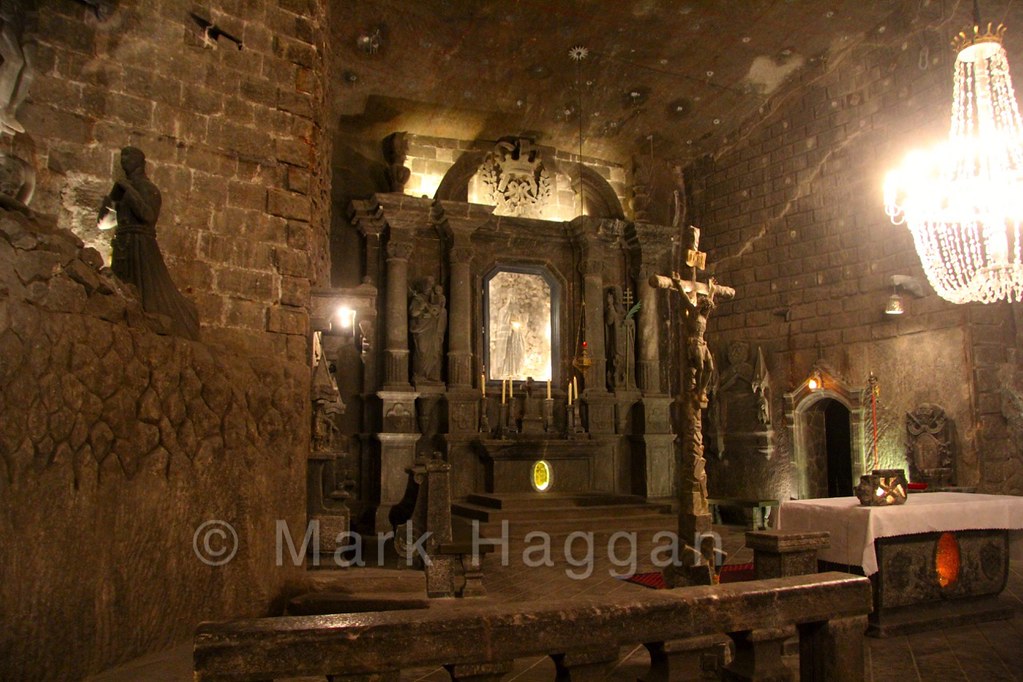 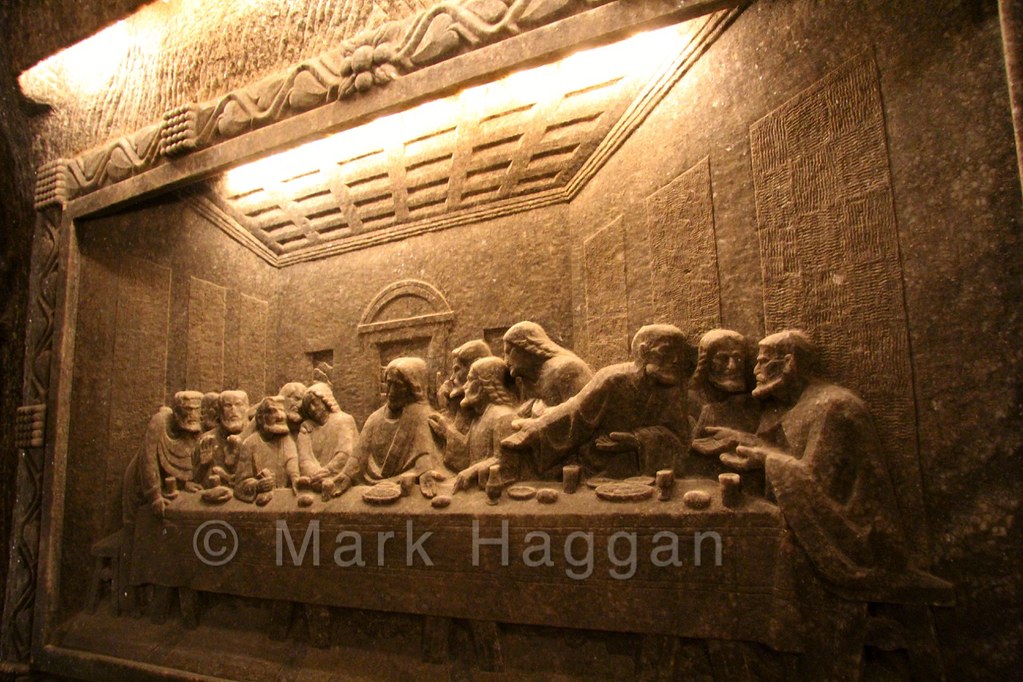 This huge chamber with incredibly ornate decoration was carved by just three miners, who are remembered in plaques on the wall. 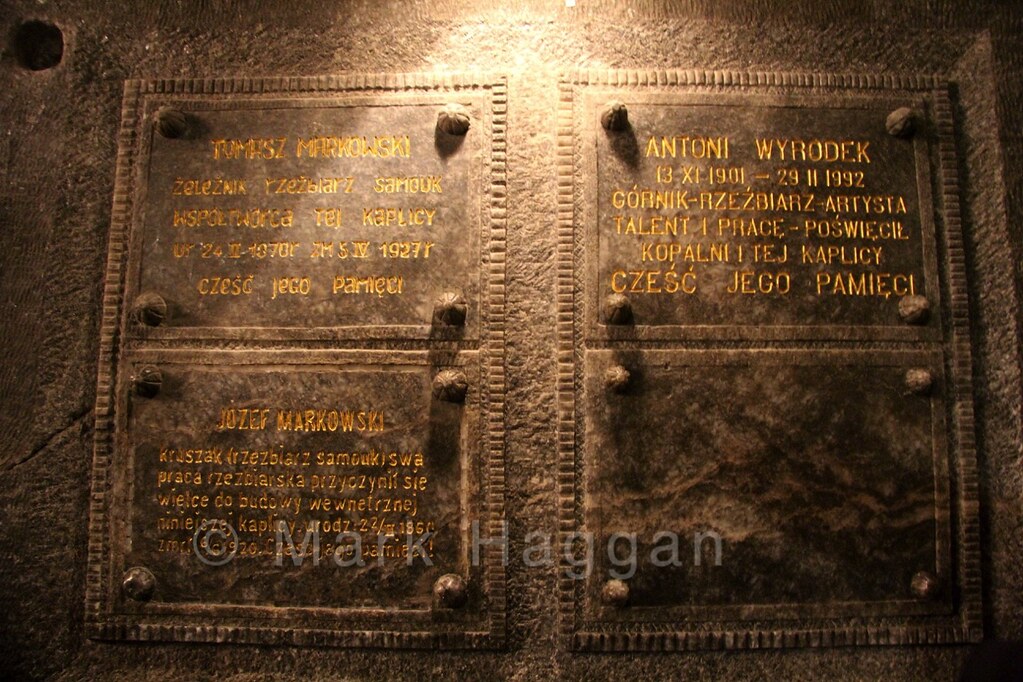 I did like the statues that would have appealed to the children visitors, including the dragon, and the dwarves who are mining. 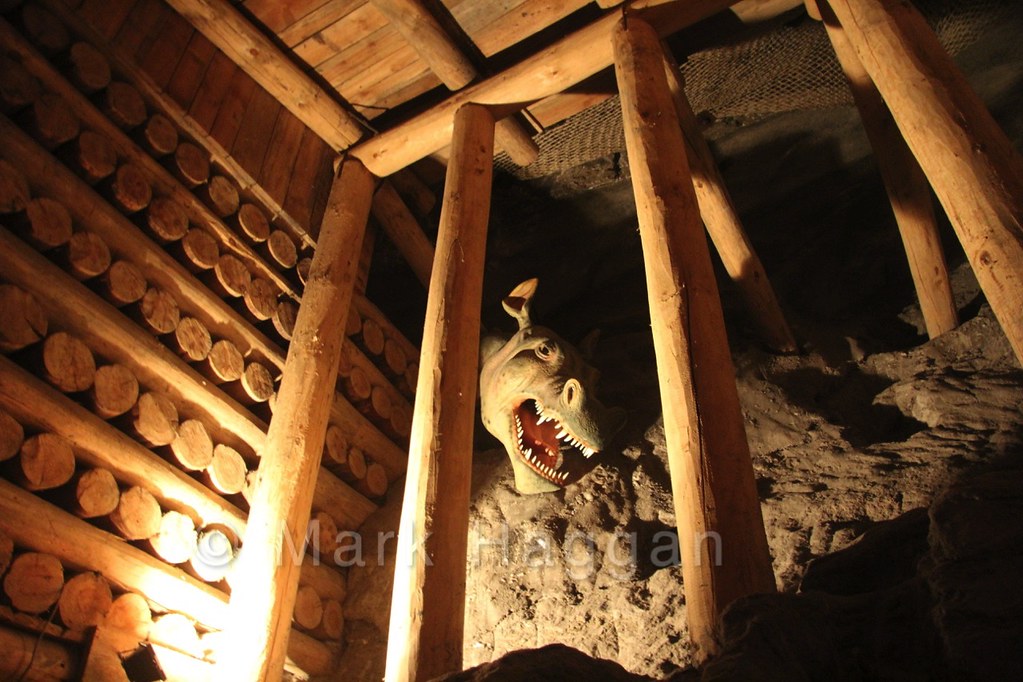 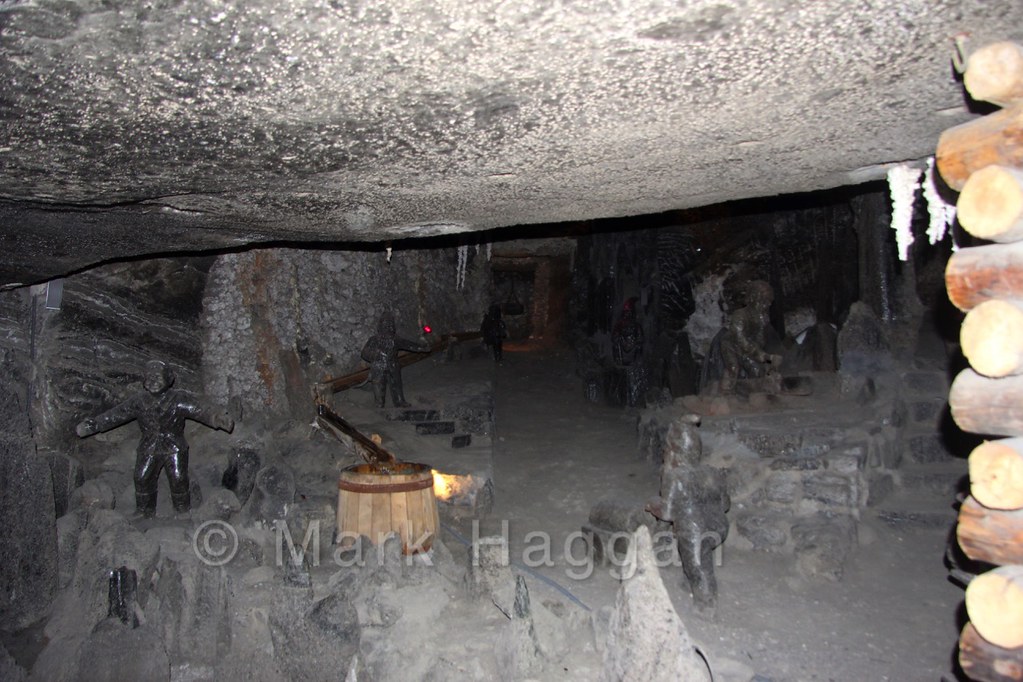 Some rooms are filled with water. 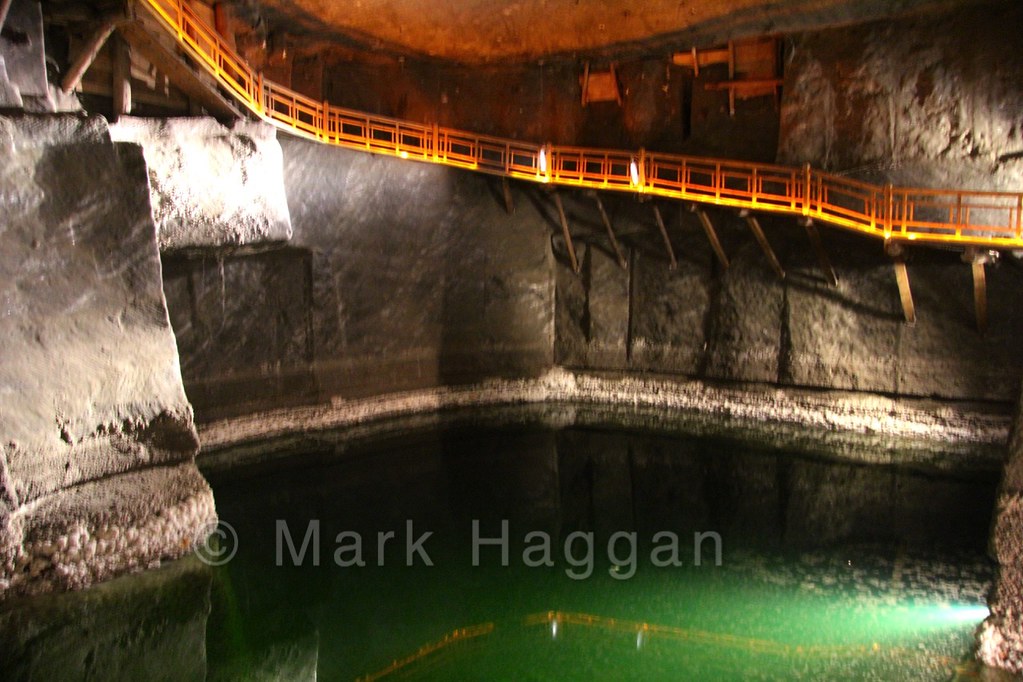 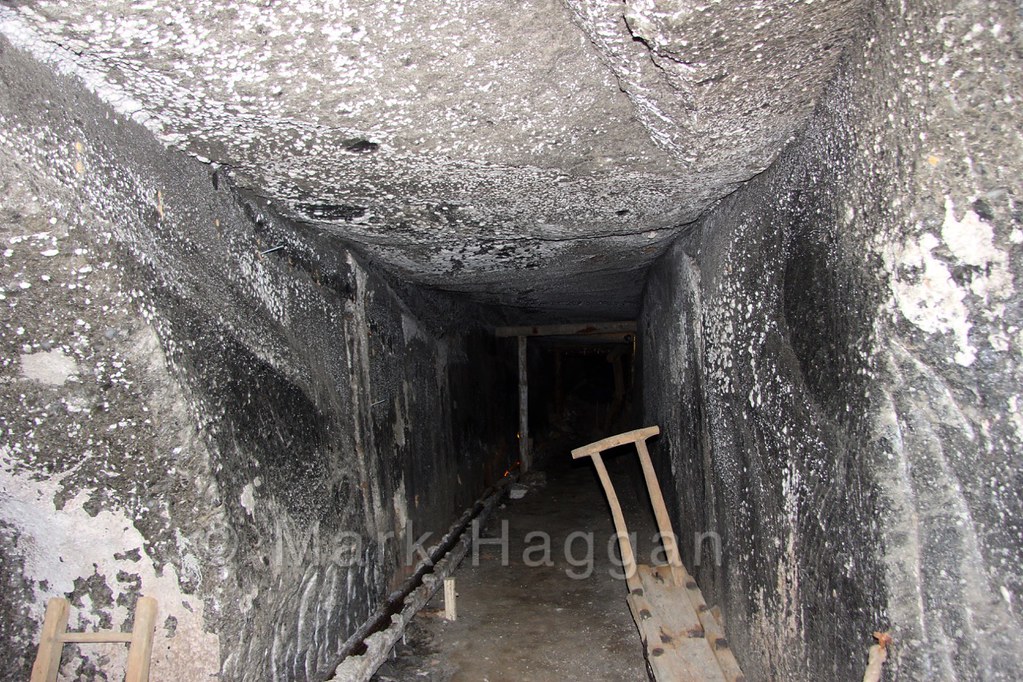 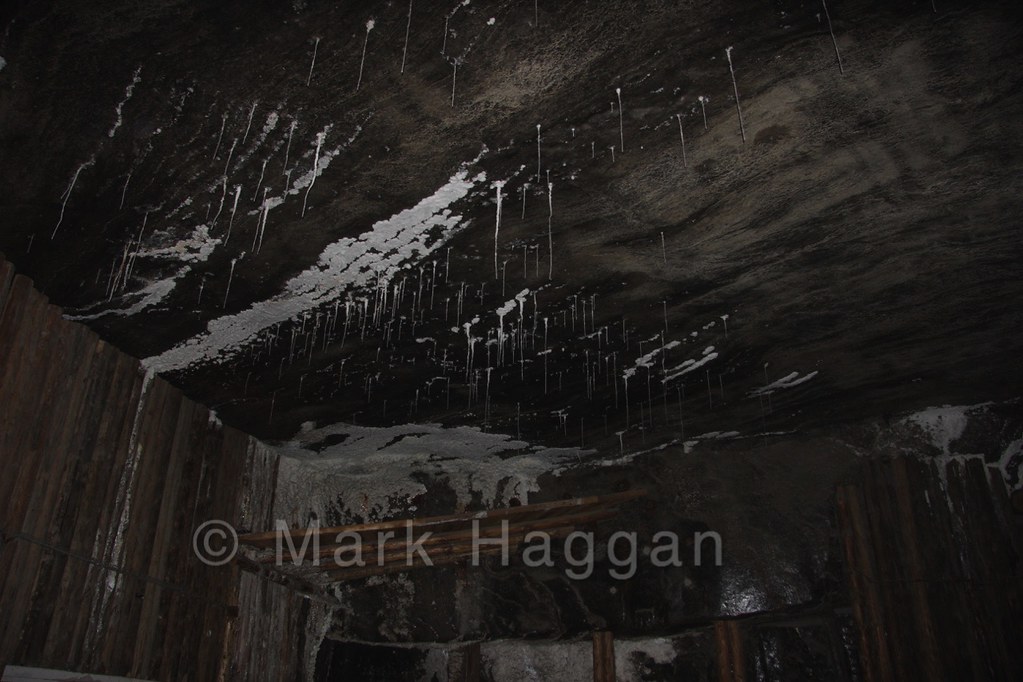 After an interesting couple of hours underground, we headed to the restaurant – complete with wifi, even at that depth! – before heading back to the lifts. It turned out that the walk from the restaurant to the lifts was actually quite a long journey, and when we eventually got in the lift and were taken back to the surface – much better than going back up all the stairs! – we found ourselves in a different part of Wieliczka than where we had made our descent, and so were escorted back to the beginning and our car. 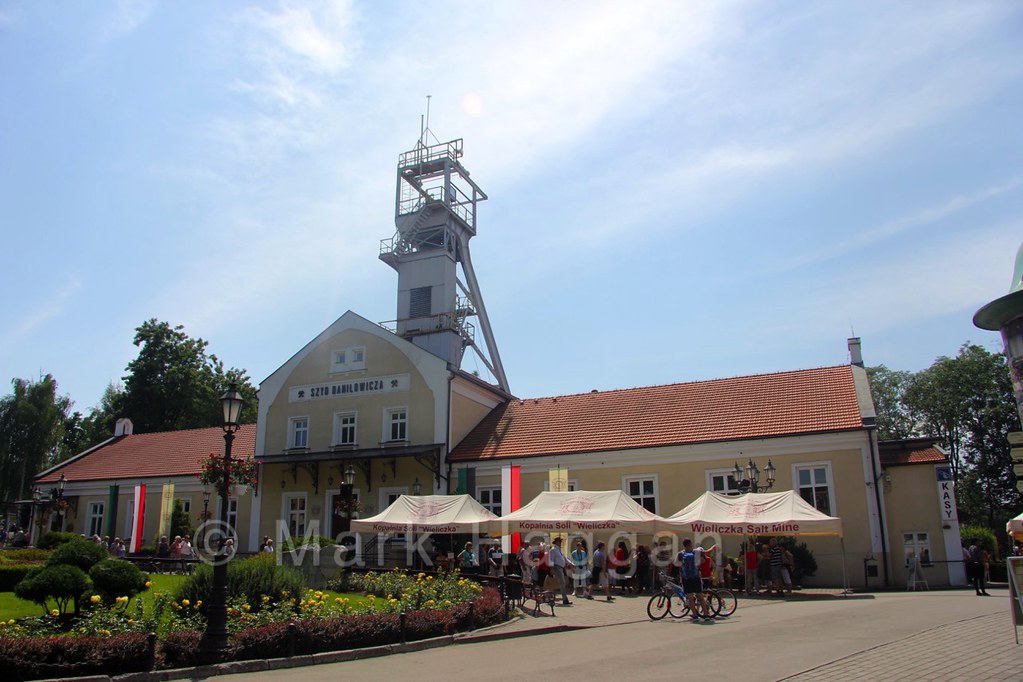 It really was a fascinating trip, well worth a visit if you happen to find yourself in or around Krakow.