I wrote recently about the fantastic new statue of Æthelflæd in Tamworth recently, and it seems that statues are en vogue in the midlands at the minute. This week saw the unveiling of the new John Bonham statue in Redditch, honouring one of the Worcestershire town’s most famous sons, with a piece of work by Mark Richards.  There had been a fund raising campaign for the memorial, and the excess funds were donated to the Teenage Cancer Trust West Midlands. 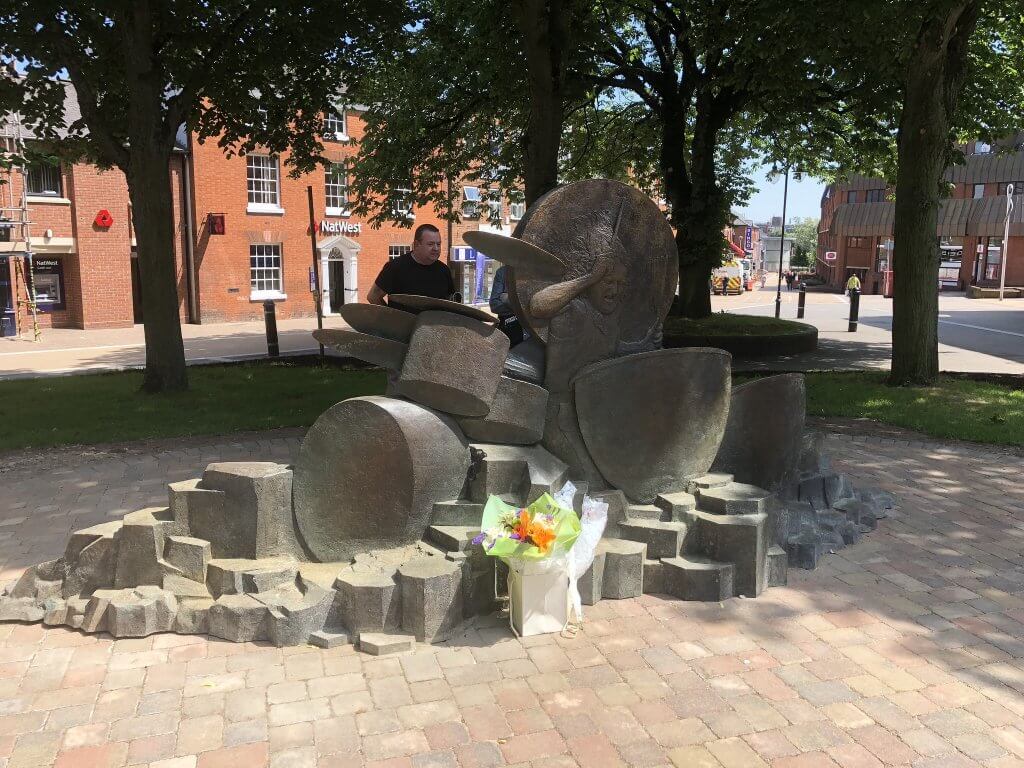 John Bonham was, of course, the drummer in Led Zepplin until his untimely death in 1980 at the age of just 32.  As well as providing some fantastic music through the 1970s, Bonham and his band mates have provided inspiration and have influenced many, many musicians since the band split after Bonham’s death. 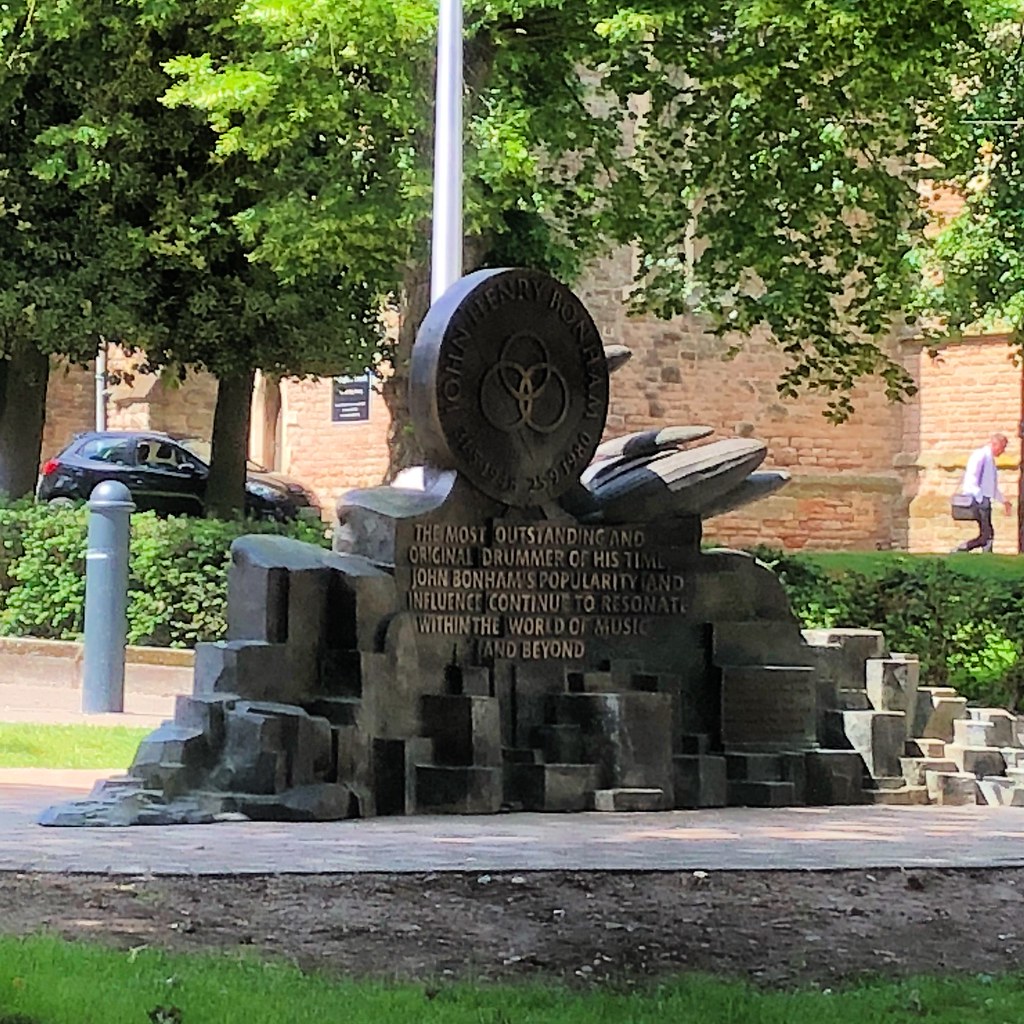 The new statue is prominently located right in the middle of Redditch, and in fact, is hard to miss. 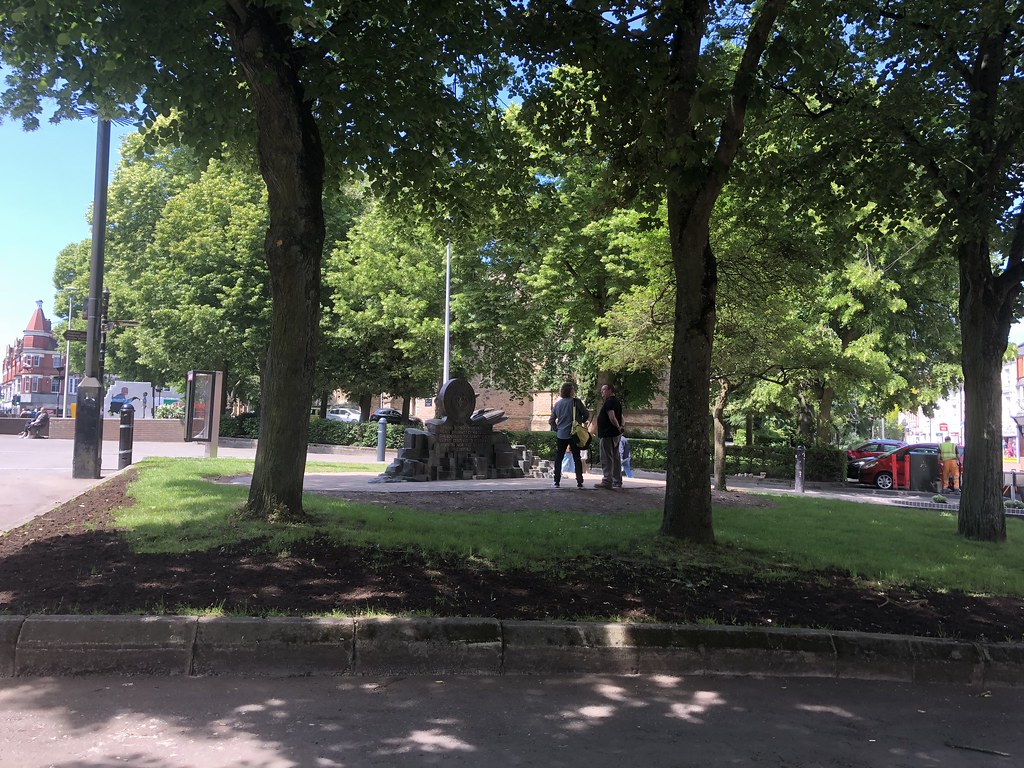 It wasn’t easy to take a photo of the statue given how many others had the same idea, and how many people had come to the town centre to see this new piece of public art.

This is not the first time that Bonham has been recognised by his home town. The house where he was born on Birchfield Road in the Headless Cross area of the town was given a blue plaque to celebrate Bonham’s life as part of BBC Music Day in 2017.  The plaque was unveiled by Deborah Bonham, John’s sister, who is also a musician. 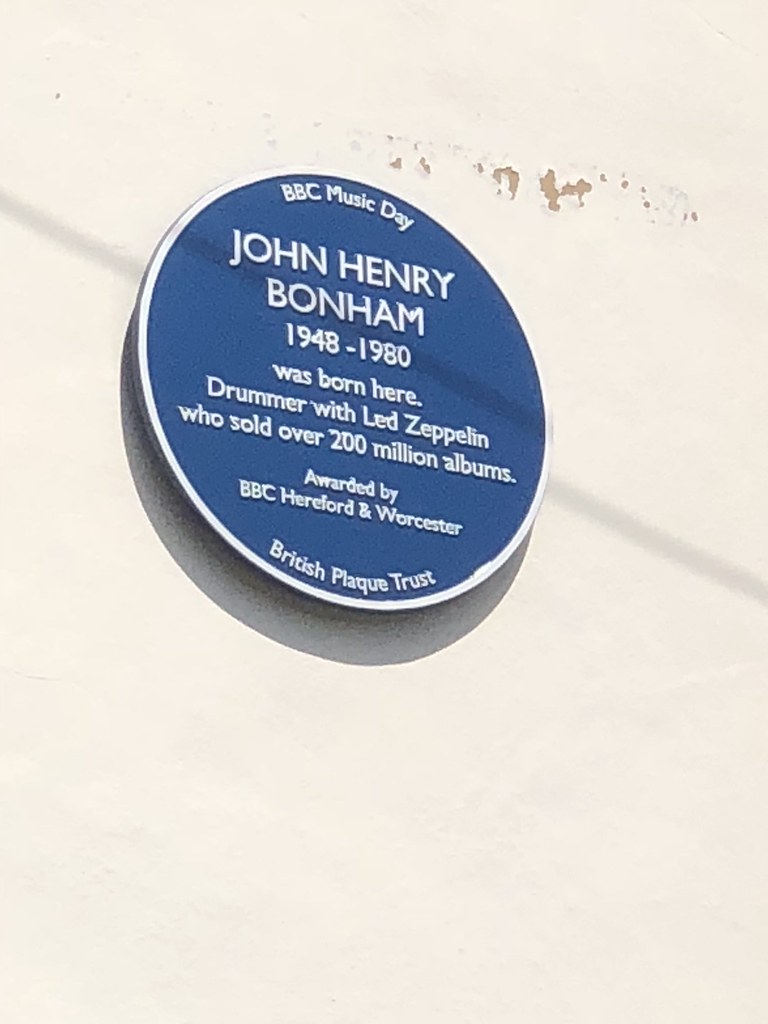 If you make it to Redditch to see the statue and the plaque, then just walk a couple of doors down from Bonham’s birthplace to Vintage Trax, the nearby music shop, which as well as having a well stocked collection on vinyl, also has their own tribute to Bonham. Check their website for opening hours. 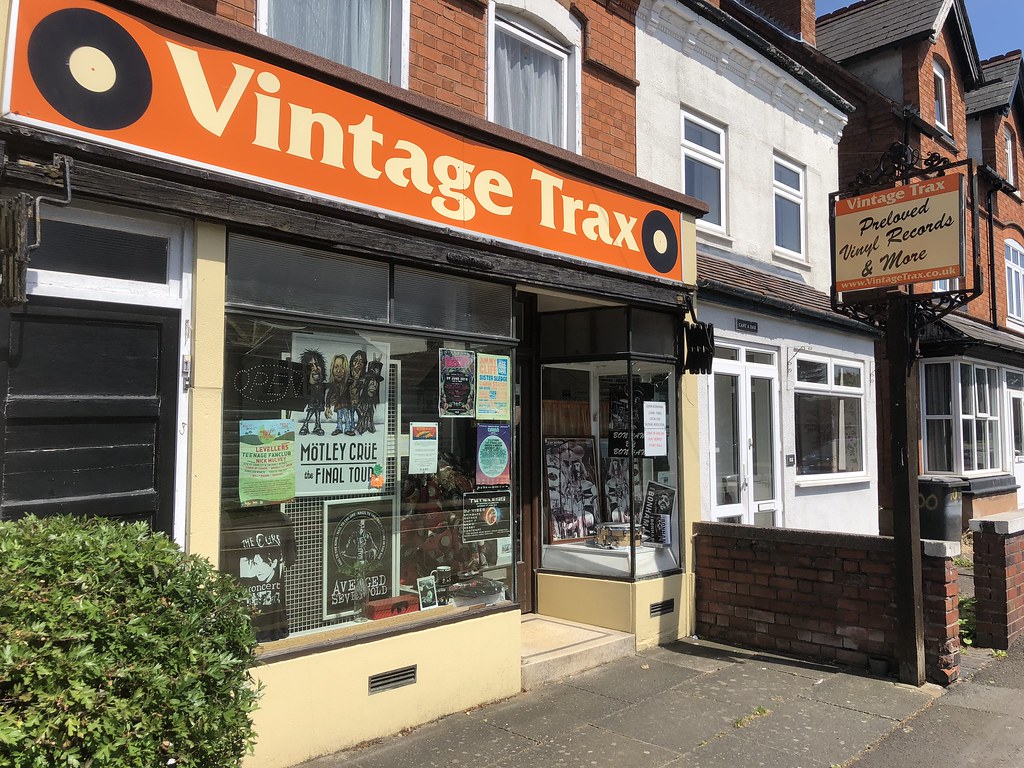 It is fantastic to see someone who has left such an influential body of music being recognised. Well done Redditch.