For those not familiar with it, Chasewater is a reservoir in Staffordshire dating back to 1797, in the Cannock Chase area, and, as well as being home to water skiing and all sorts of aquatic activities, is also the location of the Chasewater Railway, a two mile heritage railway service, formerly used to transport coal.  I was passing by recently, and stopped to walk Berta, only to find that there were some special locomotives operating on the line that day. 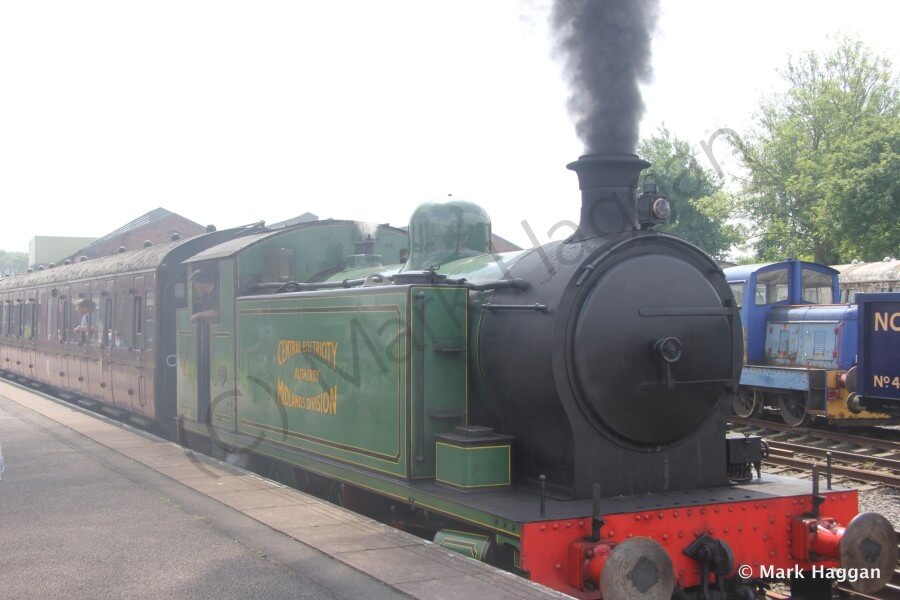 There were several locomotives to be seen around the station – which is home to a railway museum – and there were plenty of excited enthusiasts there, who were able to ride on the carriages pulled by the trains. 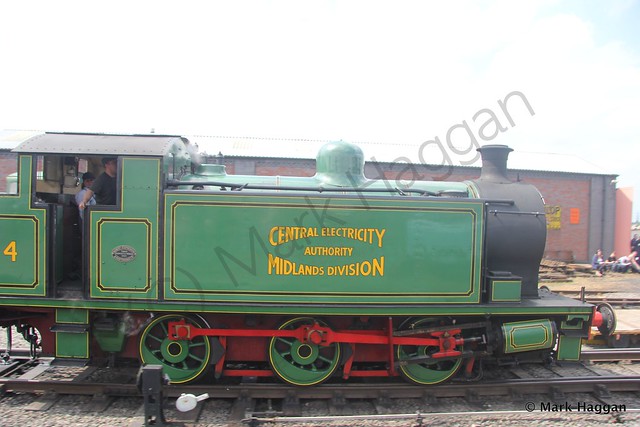 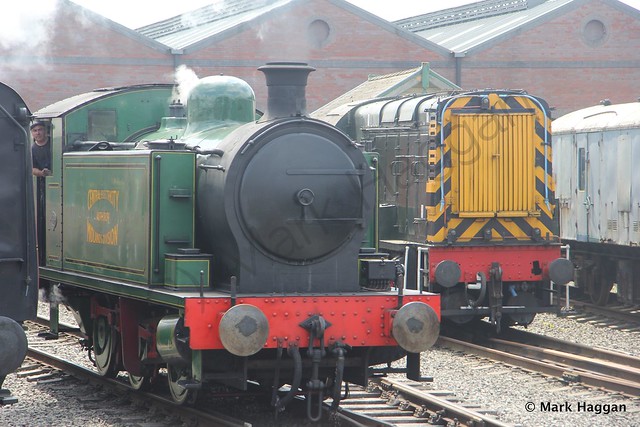 We were able to watch the trains fill up with water, as well as move in and out of the station, which included taking their passengers with them along the line. 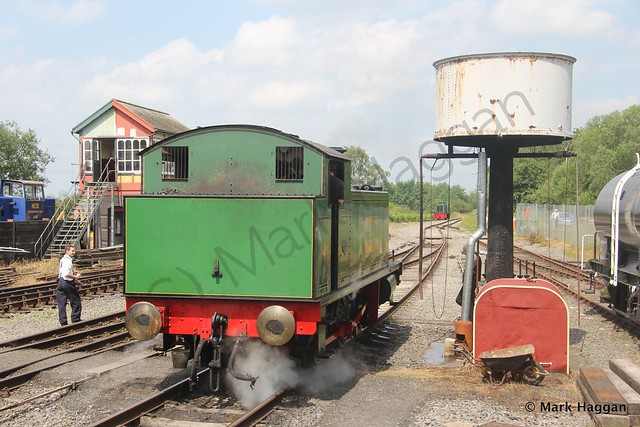 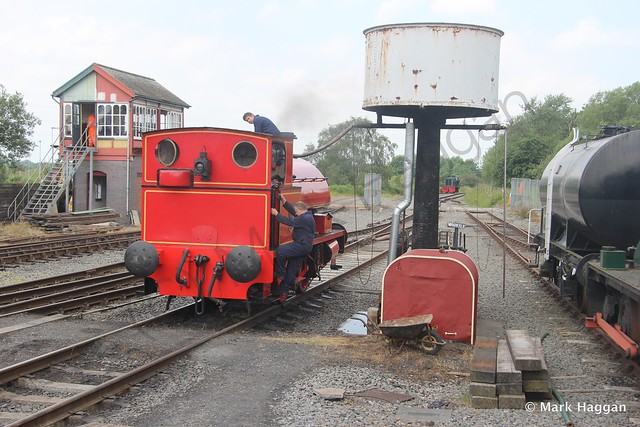 I was reliably informed that it was a “Coal Train” event, and even included staff in the appropriate uniforms, both those involved in the mechanics of the trains, as well as those looking after the passengers on their short journeys. 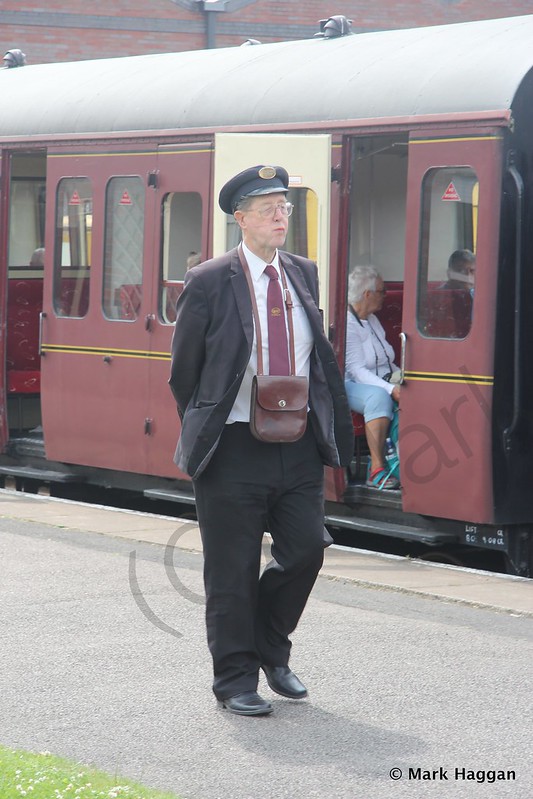 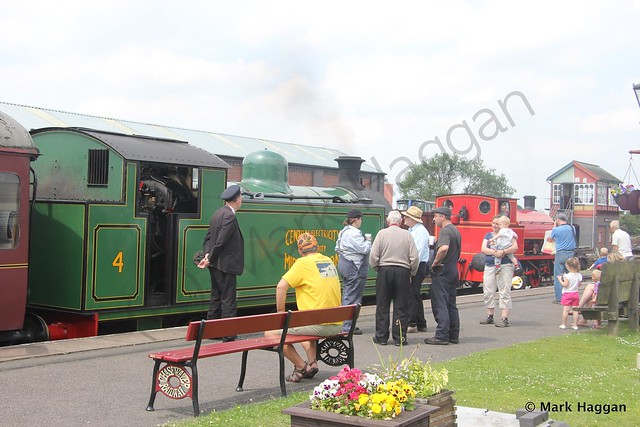 Being a fan of Thomas The Tank Engine, Xander seemed to enjoy the trains, and happily watched as they pulled in and out of the station. He even sat happily on a bench to watch for a while. 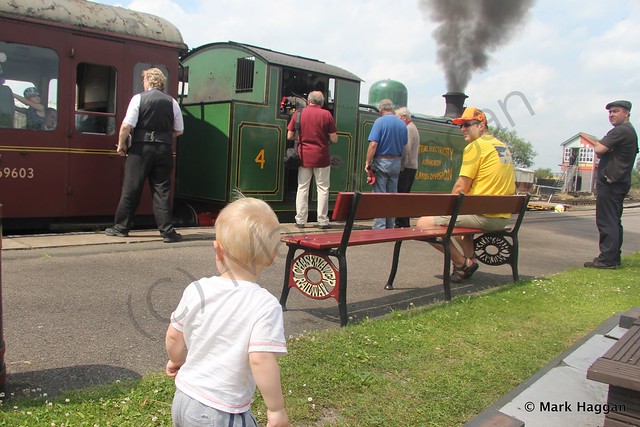 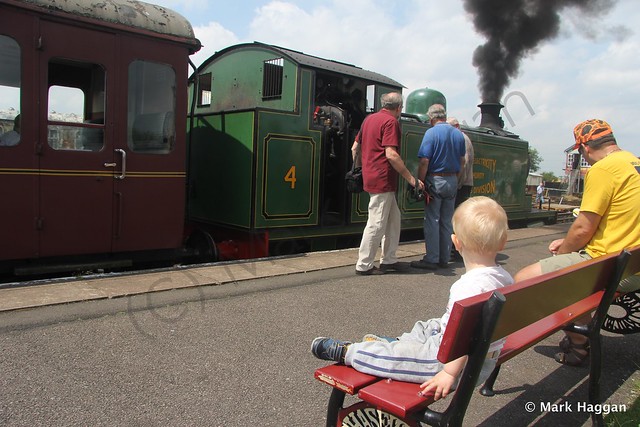 As well as those on show for the Coal Train event, there are plenty of other trains and exhibits there for anyone passing by. 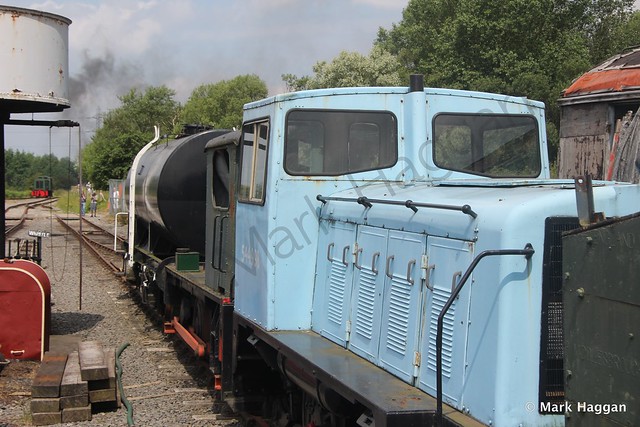 There seemed to be plenty of effort going in to making sure that all ran smoothly on the day. 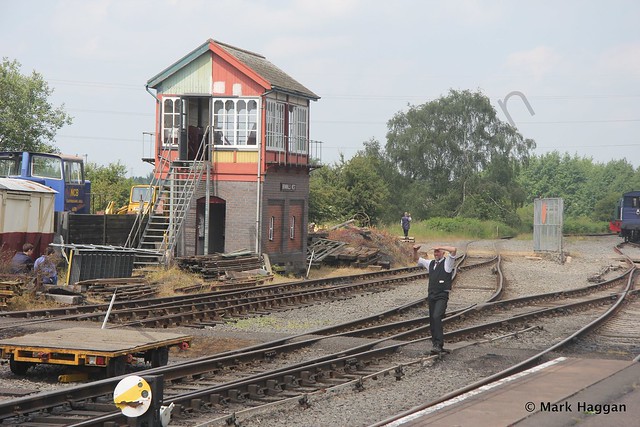 We particularly enjoyed the trip as we were only looking for somewhere to walk Berta on the way to visit some friends, but will certainly pay a visit again when we are passing by.   For those not interested in the trains, the park around the reservoir is very pretty, and comes with an interesting story, but that’s for another day.