I had a trip recently to Upper Lough Erne in County Fermanagh, and among the places I went to visit was Crom Castle. For those not familiar with the area, Upper Lough Erne is the fifth biggest lake in the UK, with the country’s two largest lakes also in Northern Ireland; Lough Neagh being the largest and Lower Lough Erne being the second largest. Five of the six counties that make up Northern Ireland touch Lough Neagh, which looks like a sea when landing at nearby Belfast International Airport, and Fermanagh, the one county which does not, having these two relatively huge lakes of its own. This Lake District of Northern Ireland is not just full of water, but is also very beautiful, with the two loughs filled with forested islands. The area made it onto the world stage earlier in 2013 with the G8 summit being held in the area. 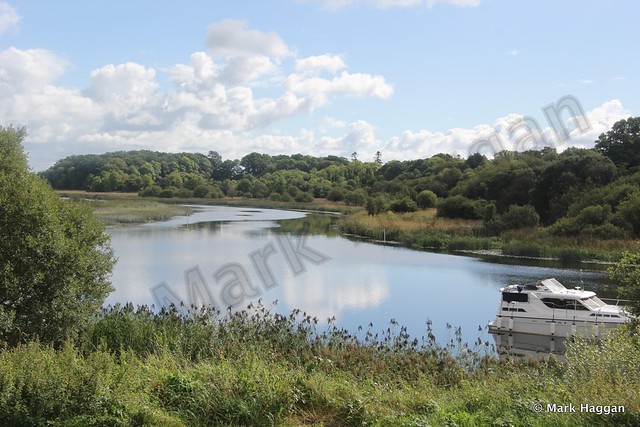 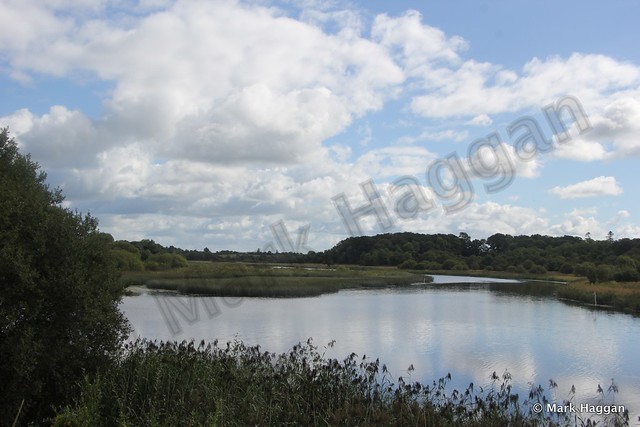 The shores of Upper Lough Erne are home to Crom Castle, a Victorian style castle, the grounds of which are managed by the National Trust. The castle is home to the Earl of Erne, and was the setting for the recent BBC television series Blandings. The grounds are vast, reaching over 1900 acres, which include the ruins of the old castle, as well as an island with a walled garden, a boat house, summer house and even a tower on one of the islands. 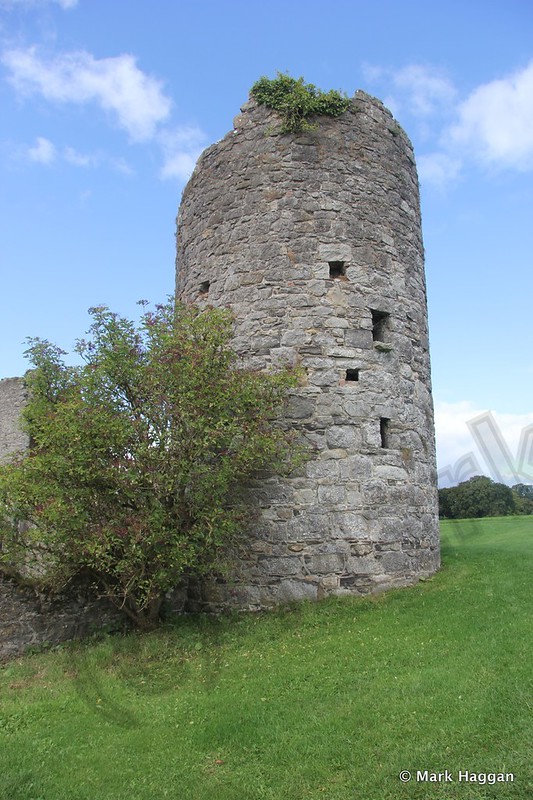 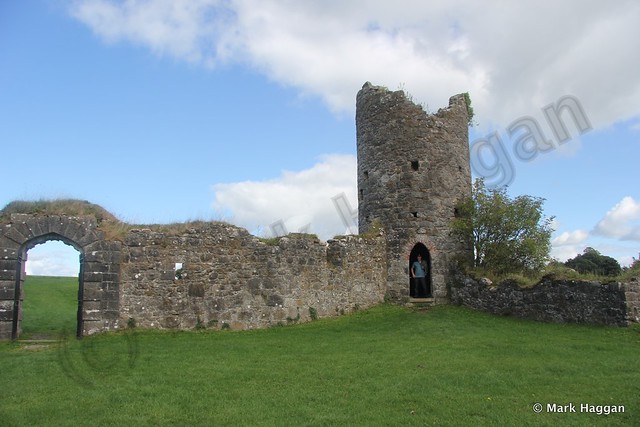 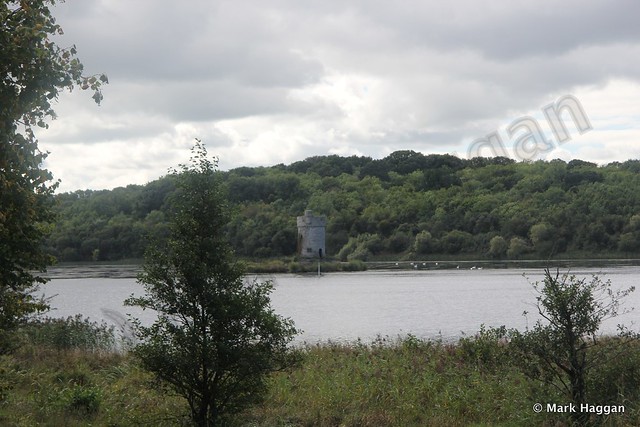 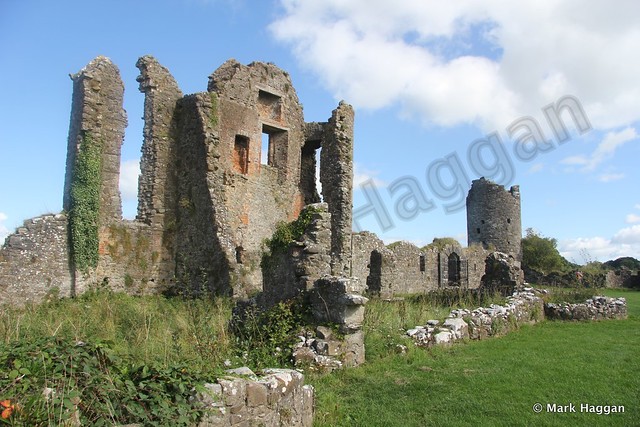 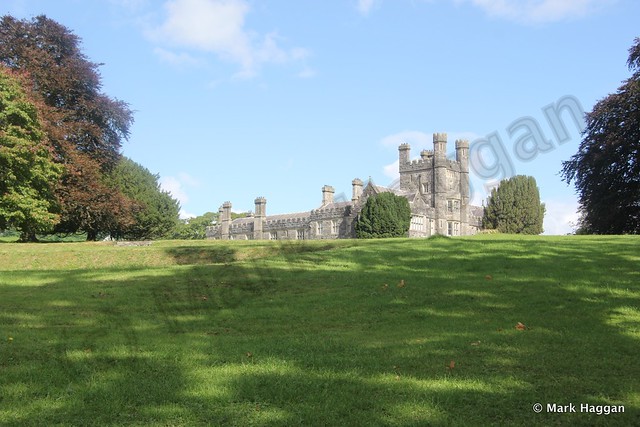 The boat house is particularly impressive, sitting on two levels with a jetty out onto the lough. 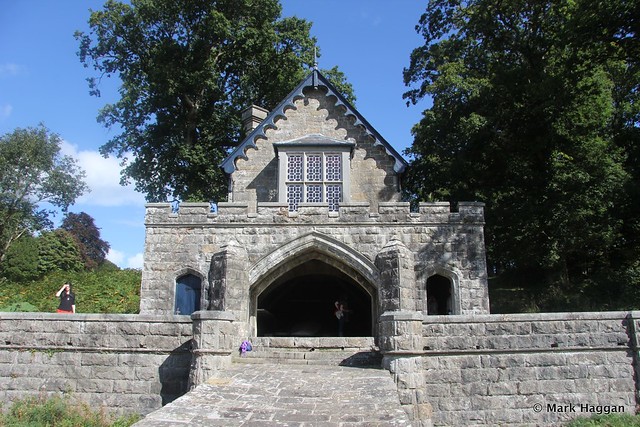 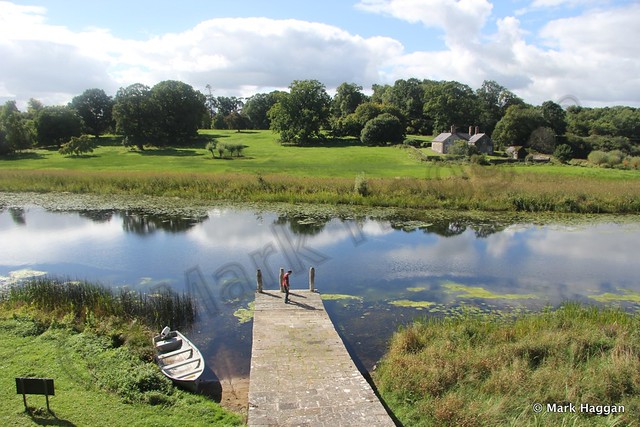 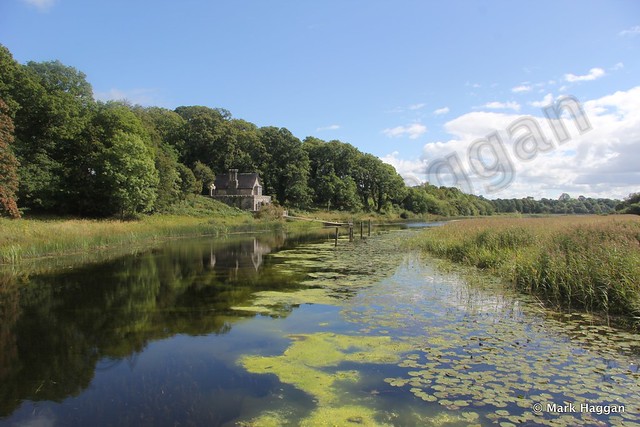 There is a bridge near the boathouse, described in The Dublin Builder in 1863 as commodious, a term that you don’t hear every day, that leads to an island called Inisherk. 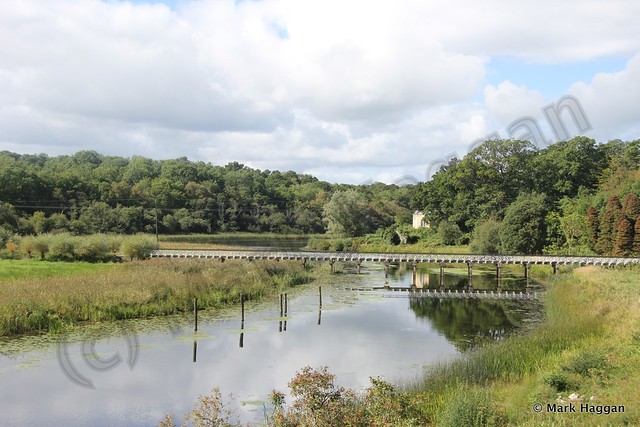 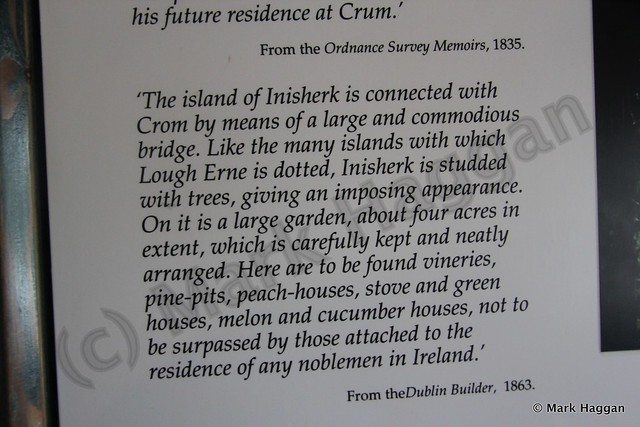 The island includes a walled garden, which is more notable for its walls than its garden… 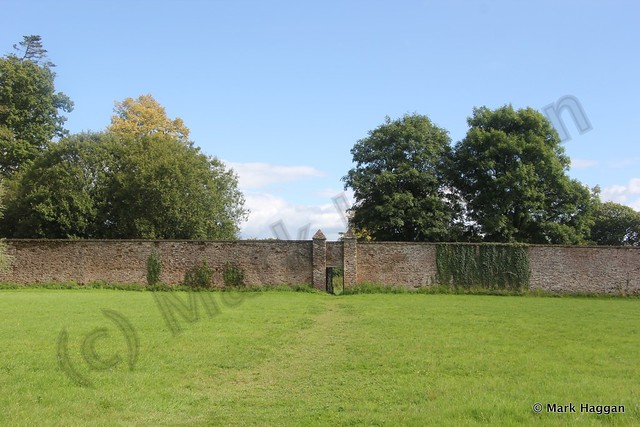 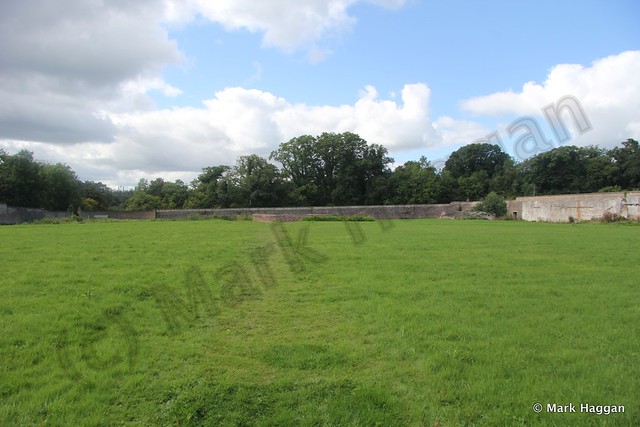 The grounds of the Castle include all sorts of interesting buildings and oddities, including this old petrol pump. 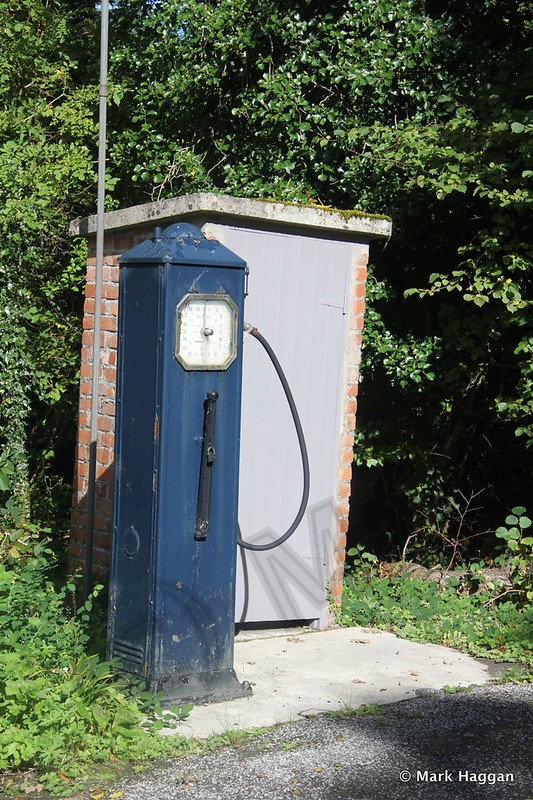 The actual castle is off limits to tourists, as it is still home to the Earl of Erne and his family. We bumped into the Earl walking his dog around the grounds, and he gave a cheery hello as he walked by. 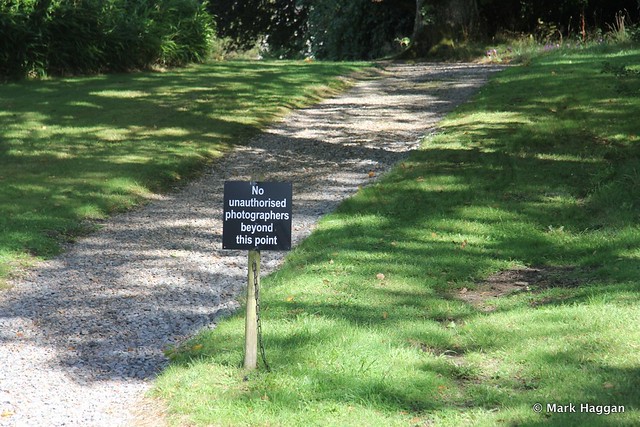 The Earl’s great grandfather, the 3rd Earl, had a land agent who was ostracised by the local community; shops refused to serve him, or take his laundry. The Times carried a letter from him which made him a cause celebre in the British press of a servant of a peer of the realm. The Royal Irish Constabulary were deployed to protect those harvesting on the land. The land agent’s name was Captain Charles Boycott, and his name lives on having been adopted as a verb to describe this sort of event.

His letter to The Times implies that this was somewhat more sinister than what is often portrayed:

THE STATE OF IRELAND

Sir, The following detail may be interesting to your readers as exemplifying the power of the Land League. On the 22nd September a process-server, escorted by a police force of seventeen men, retreated to my house for protection, followed by a howling mob of people, who yelled and hooted at the members of my family. On the ensuing day, September 23rd, the people collected in crowds upon my farm, and some hundred or so came up to my house and ordered off, under threats of ulterior consequences, all my farm labourers, workmen, and stablemen, commanding them never to work for me again. My herd has been frightened by them into giving up his employment, though he has refused to give up the house he held from me as part of his emolument. Another herd on an off farm has also been compelled to resign his situation. My blacksmith has received a letter threatening him with murder if he does any more work for me, and my laundress has also been ordered to give up my washing. A little boy, twelve years of age, who carried my post-bag to and from the neighbouring town of Ballinrobe, was struck and threatened on 27th September, and ordered to desist from his work; since which time I have sent my little nephew for my letters and even he, on 2nd October, was stopped on the road and threatened if he continued to act as my messenger. The shopkeepers have been warned to stop all supplies to my house, and I have just received a message from the post mistress to say that the telegraph messenger was stopped and threatened on the road when bringing out a message to me and that she does not think it safe to send any telegrams which may come for me in the future for fear they should be abstracted and the messenger injured. My farm is public property; the people wander over it with impunity. My crops are trampled upon, carried away in quantities, and destroyed wholesale. The locks on my gates are smashed, the gates thrown open, the walls thrown down, and the stock driven out on the roads. I can get no workmen to do anything, and my ruin is openly avowed as the object of the Land League unless I throw up everything and leave the country. I say nothing about the danger to my own life, which is apparent to anybody who knows the country.

Later in the day, we watched the sun set over the lough. A picturesque end to a picturesque day. 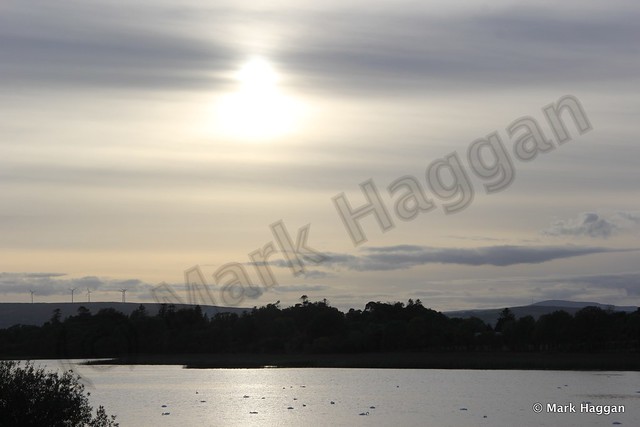