My recent posts have been mainly about Formula One with the new season starting soon, so I thought I should blog about something related to travel again. This may not be quite about travel but at least it is something positively odd. The story of Singapore Star Wars and St Patrick.

One of the wonderful things about travelling is the ability to encounter the most random of things. I have managed to come across all sorts of unusual occurrences in various parts of the world, some of which are intriguing, some interesting, and some a bit frightening. However, in hindsight, it is often these random events that were not planned that you remember most from a trip somewhere.

I am reminded – for no particular reason – on a random trip that I made to Singapore a couple of years ago. I was going for a few days to attend a conference, but because of how busy the flights were, I ended up spending a few more days there than originally planned. I was staying out at Changi, near the airport, where my conference was, on the outskirts of the city of Singapore.

I did manage to have some interesting encounters during my time there. I used up the extra few days by making a day trip to visit some friends who were living in Phnom Penh at the time – a wonderful city to which I have had the pleasure of making a few trips – and also, I ended up being introduced via Facebook to a friend of a friend who was living in the city at the time. I went to meet up, expecting it to be a slightly awkward evening of meeting someone who sort of knows someone who knows me, and we ended up getting on very well, and had a great night out that lasted well into the early hours.

However, the most random part of the trip was actually at the beginning.

I arrived on a Saturday evening, and the next day, I headed into the city for a walk around. It was the 14th of March, and among the various sightseeing that I was planning, I did not expect to encounter the Singapore St Patrick’s Day parade. However, that was exactly what I found, near the river. The parade was forming up, and there were the usual things you would expect to see, with some marching bands and a few sports teams, such as a local Irish rugby team and the like. There was even a St Patrick crossing the river on a little boat. Other than the fact that I was in Singapore and that weather was somewhat different that might be experienced anywhere in Ireland at that time of the year, it was quite what you would expect to see at such an event. 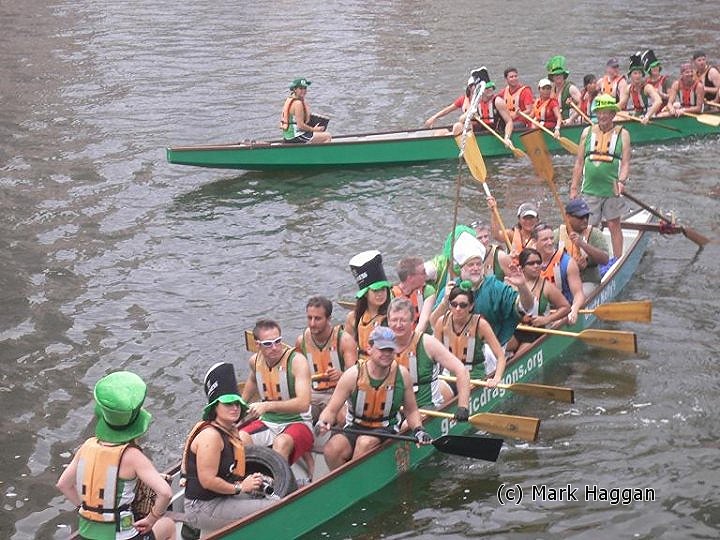 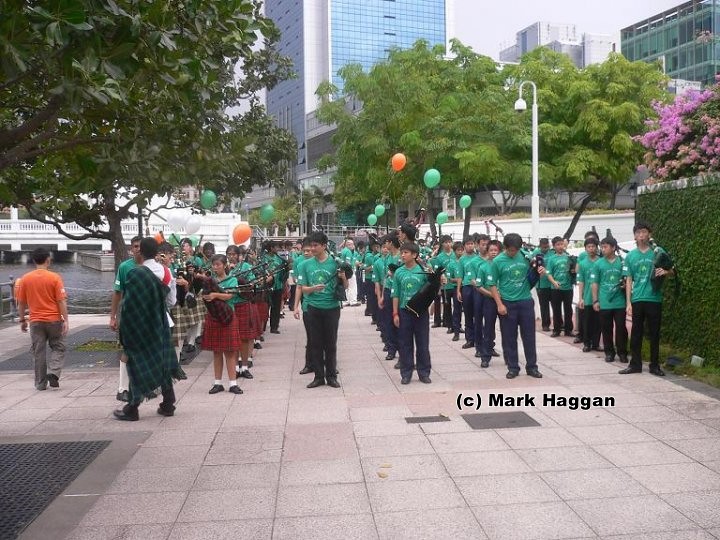 What did make this a little more random – even more than encountering a parade to commemorate a fifth century western European saint whilst in South East Asia – was that the event was being patrolled by the Imperial Guard. Yes, that Imperial Guard, the chaps in white who are often seen with Darth Vader. Now, I know Singapore has a reputation of having strong domestic security, but I was not expecting this. It appeared that the local Star Wars fans were one of the participating clubs and societies making up the parade, and they had come in full costume, including patrolling around before the event and marshalling activities. 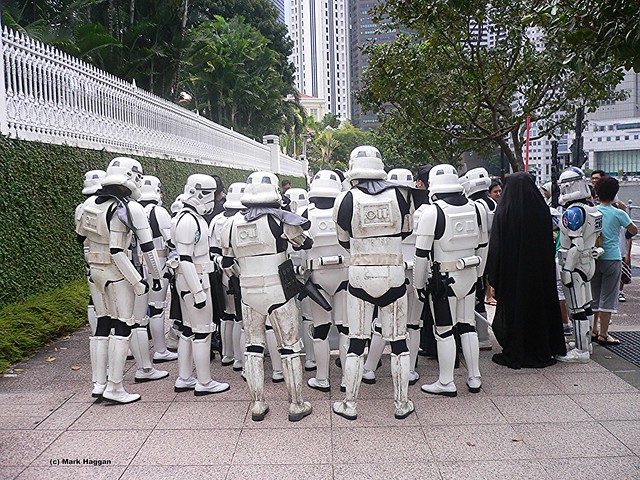 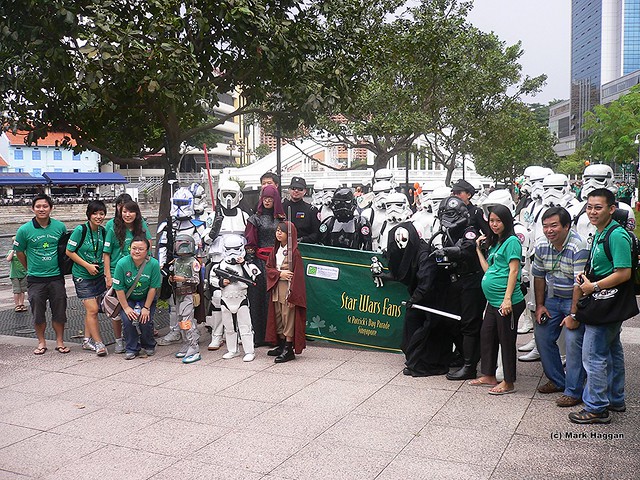 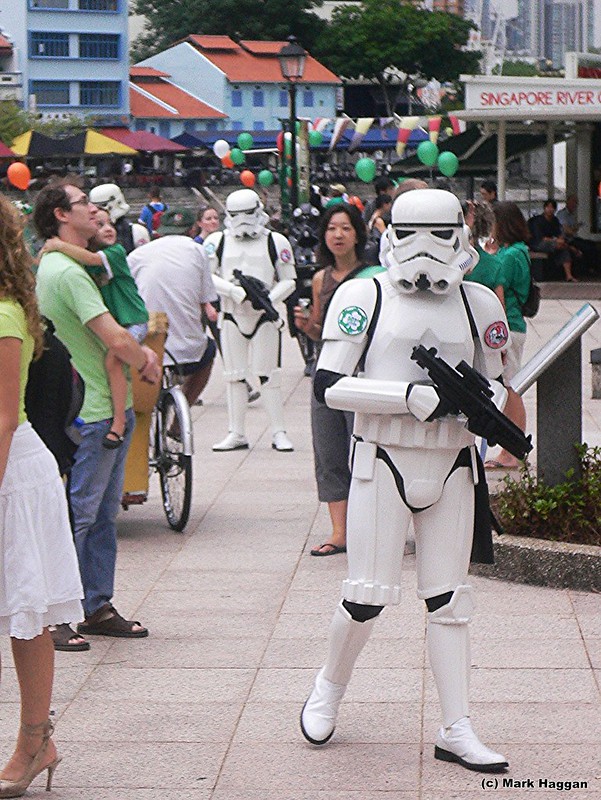 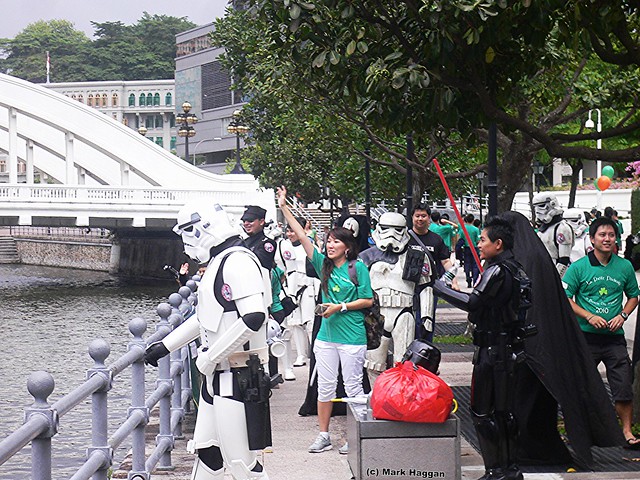 As I was walking around, I bumped into a rugby team all in matching orange t-shirts. One of them said to another in a broad Belfast accent, “Next year we’re going the whole hog and wearing sashes”. 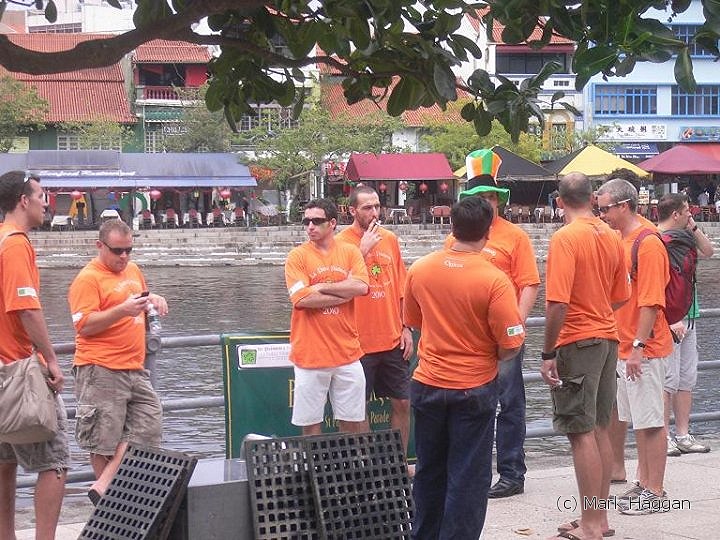 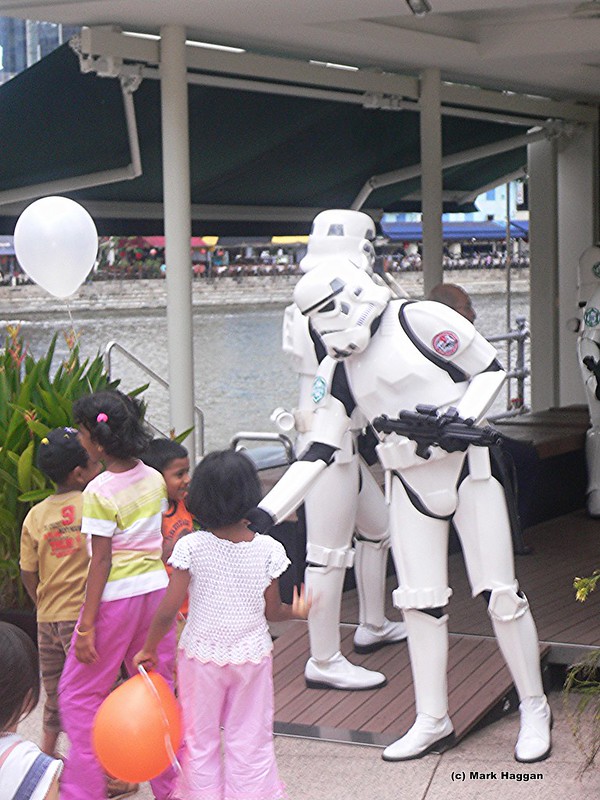 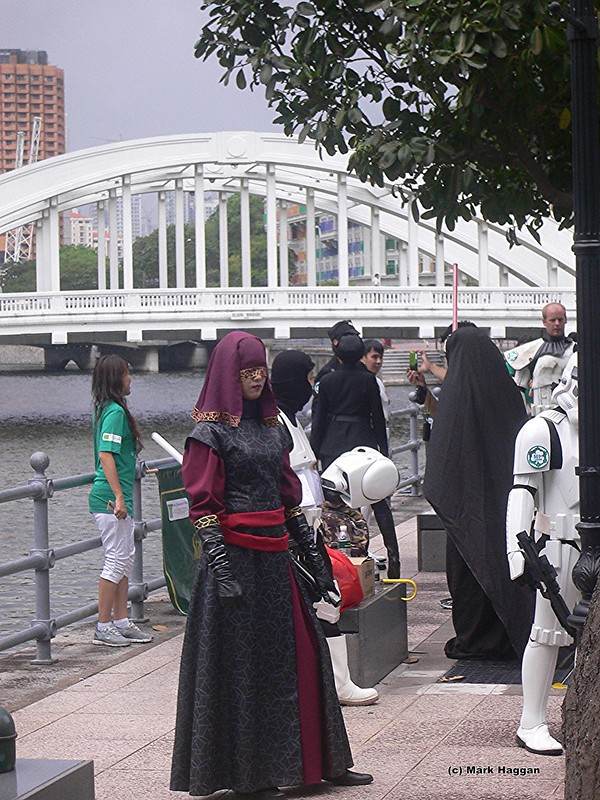 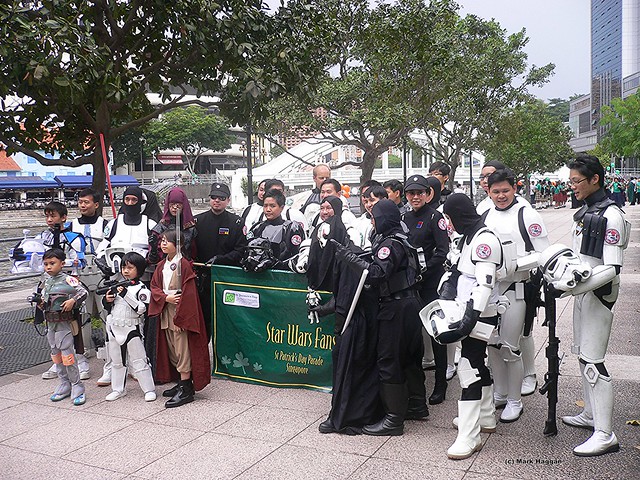 I even saw one of the Imperial troops getting a kiss from a keen fan. I was pleased to see that there was some love even for instruments of Emperor Palpatine’s rule. 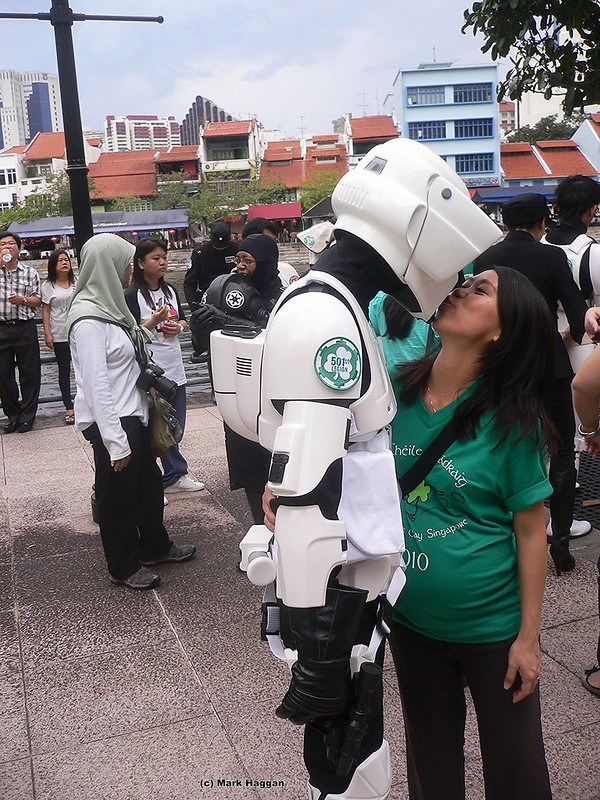 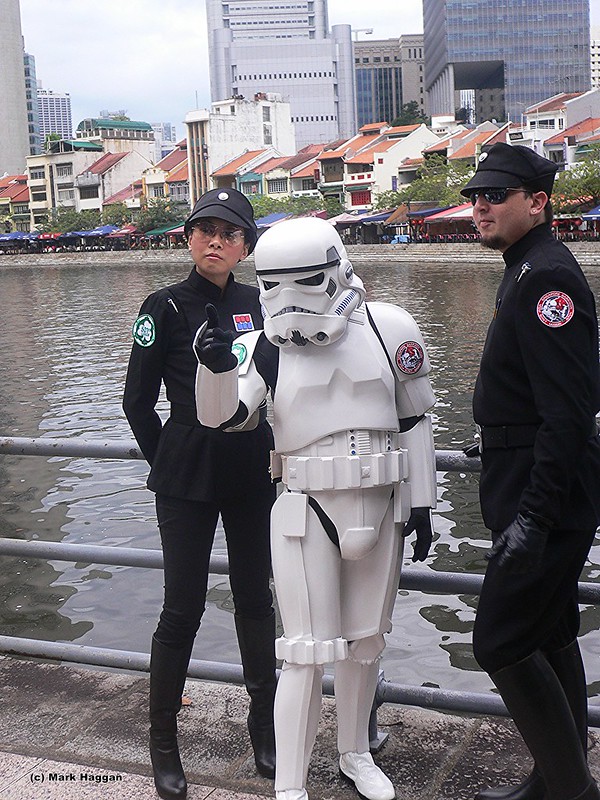 Like most St Patrick’s Day events, though, the one thing that was lacking was much of St Patrick’s colour, which is, of course, blue. To be precise, St Patrick’s Blue, which may not be an original name, but which may still surprise some people. The Irish Presidential Standard is a golden harp on a blue background, the Irish Guards wear blue in their bearskins, and even Aer Lingus once had St Patrick’s Blue in their cabin crew uniforms.

For some, that may be even more surprising than the St Patrick’s Day stormtroopers.