I have mentioned before that I have had the pleasure of visiting various aircraft hangars, museums and shows over the years including Farnborough and the Donington Aeropark.  This week, I had the pleasure of adding some exhibits from the Polish Aviation Museum in Krakow to the list.  I was not at the museum itself, but whilst in Krakow, managed to stumble across a series of rather odd and random exhibits occupying a corridor in an otherwise empty part of the airport leading to an observation platform. 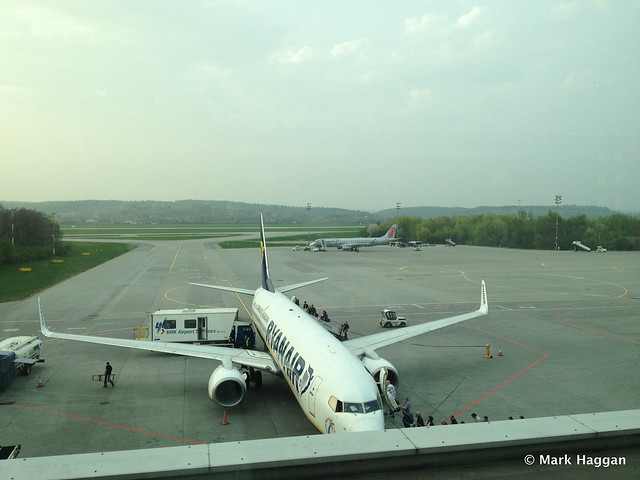 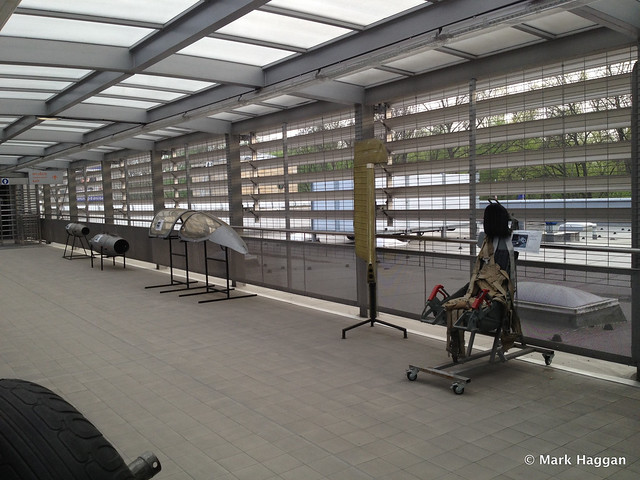 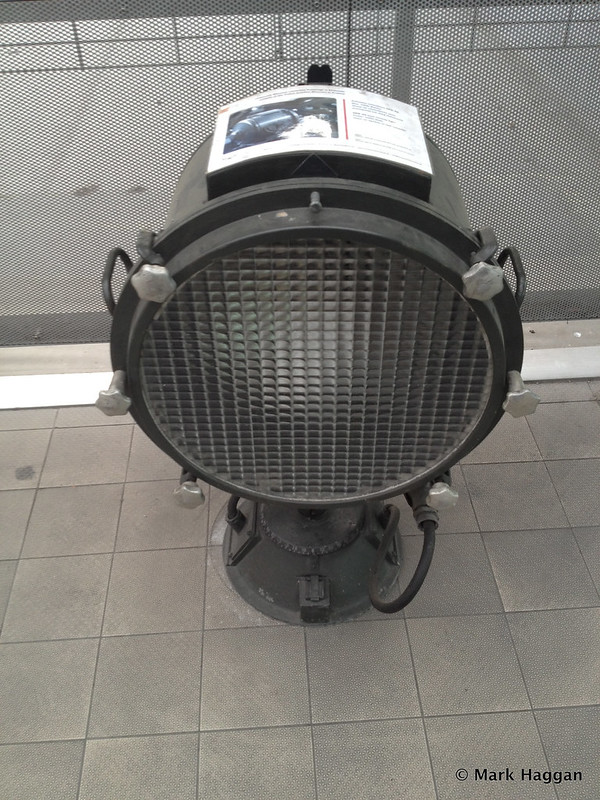 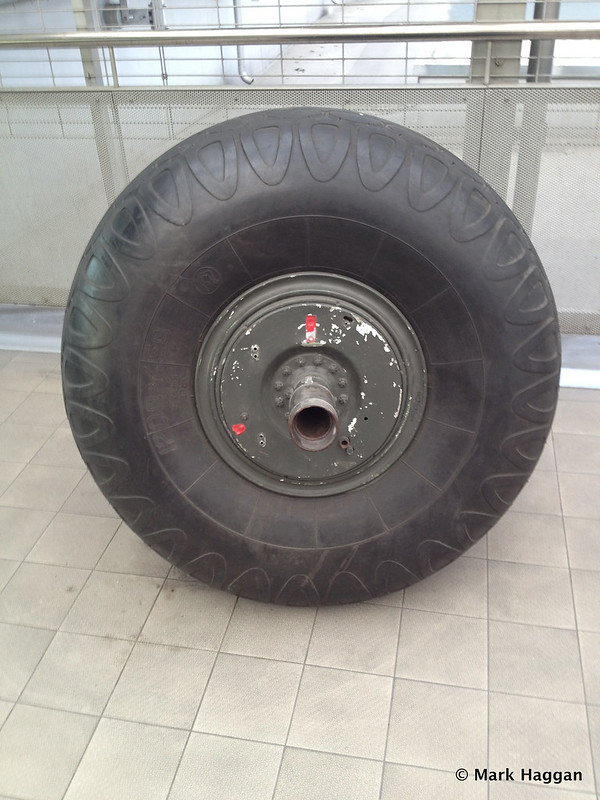 There were an interesting collection of exhibits that could best be described as “bits” of a plane, most with a military connection.

The ejector seat from the MiG-15 was one of the more interesting exhibits, and looks remarkably less comfortable than even the most no frills of no frills airlines.  I am not convinced that I could fit in the seat whilst sitting in the corridor, let alone when it was squashed into the cockpit of the aircraft.
The accompanying canopy cover was also on display. 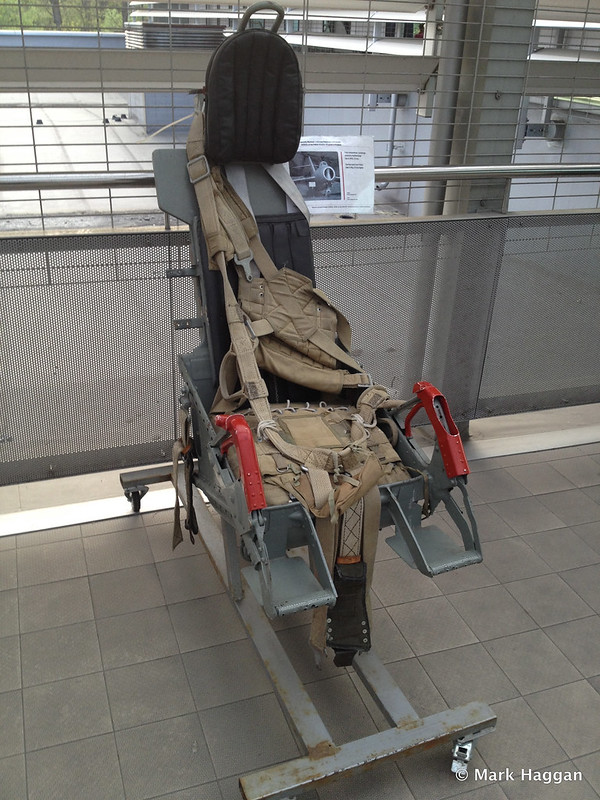 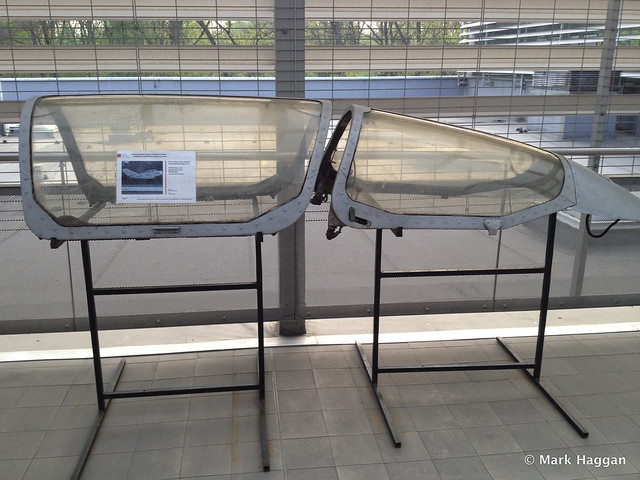 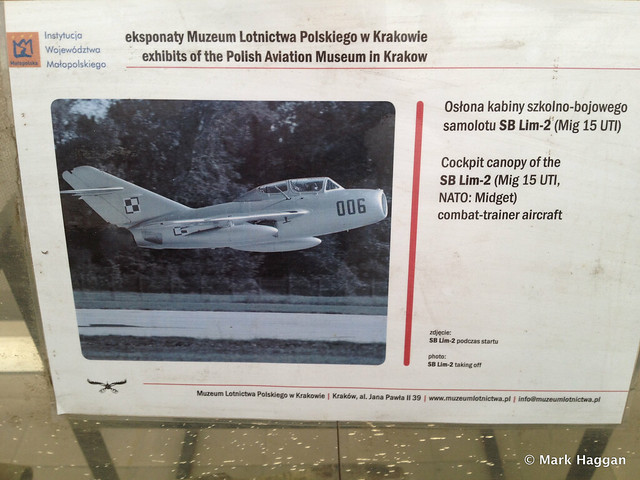 There was also the “spinner” for the propellors on an Antonov An-26, and the rear fuselage section of a SZD-12 Mucha 100 glider. 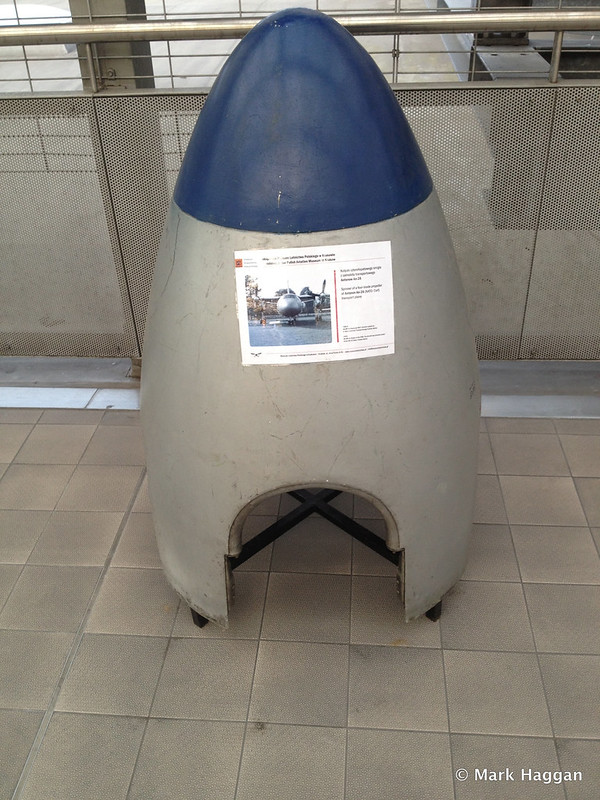 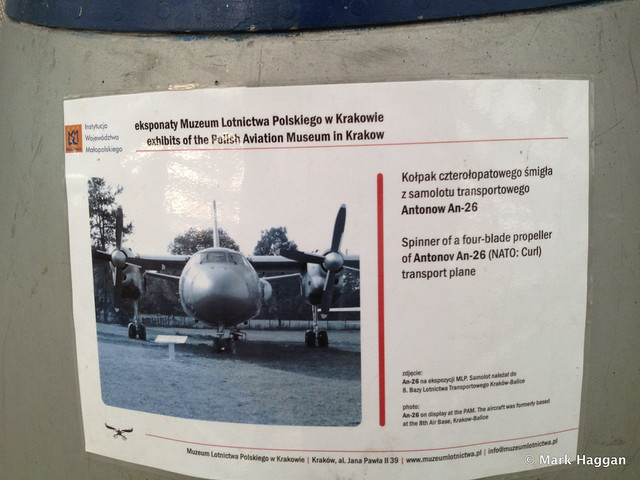 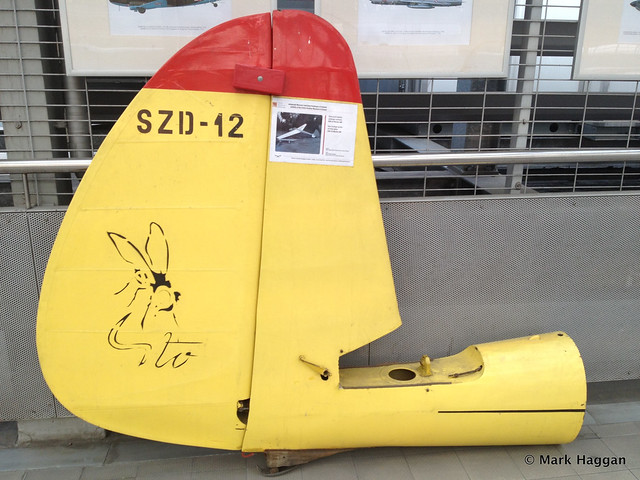 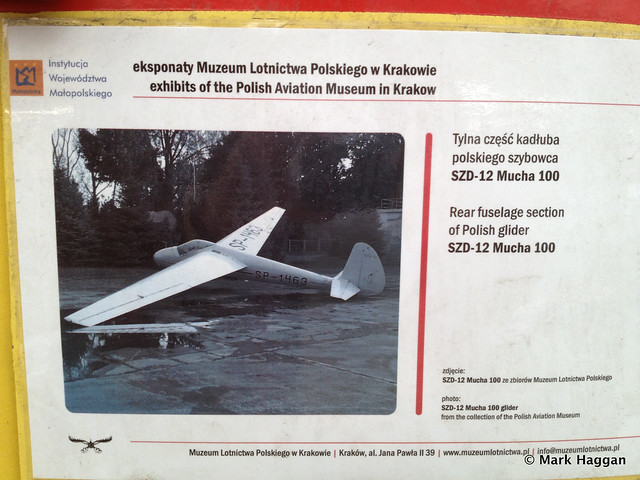 The non-military collection included the vertical stabiliser from a PZL-110 Koliber. 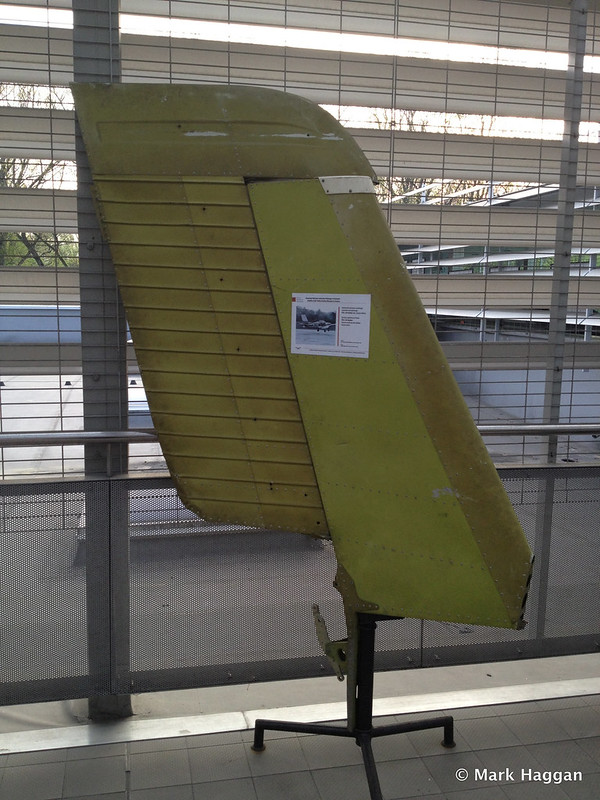 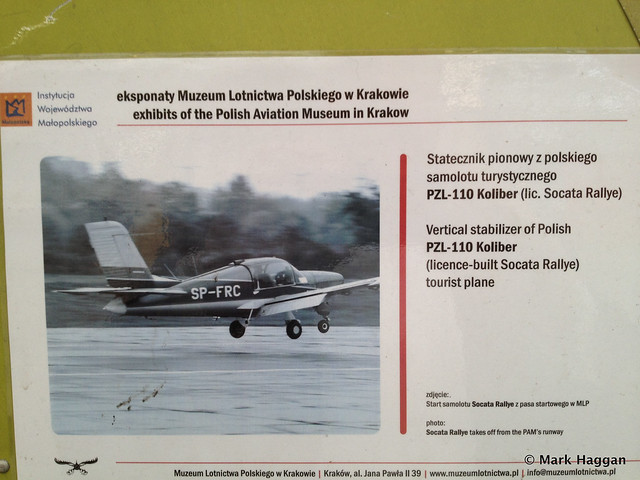 Two of the more interesting exhibits in my mind, though, were both related and military.  They were the UB-16 and UB-32 rocket pods that were mounted on the MiG-21 and Su-7 fleets, as well as the Mi-8 (UB-16) and MiG23, MiG27, and various other military aircraft (UB-32), and both used to dispatch S-5 rockets. The S-5 entered service back in 1955, and was prevalent as an air-to-ground weapon through the Cold War, with variants for various uses.  They saw action in Afghanistan in the 1980s, although were replaced with the S-8.  However, although the weapon is closely associated with the Cold War, they are still in active use today.  In 2009, the IDF in Israel identified a rocket fired at a kibbutz as an S5K, and the conflict in Libya saw them being put to use as improvised MLRS (Multiple Launch Rocket Systems)  from the back of pick up trucks, along with the S-8 and S-13 variants, and even with the S-5 used as a makeshift RPG. 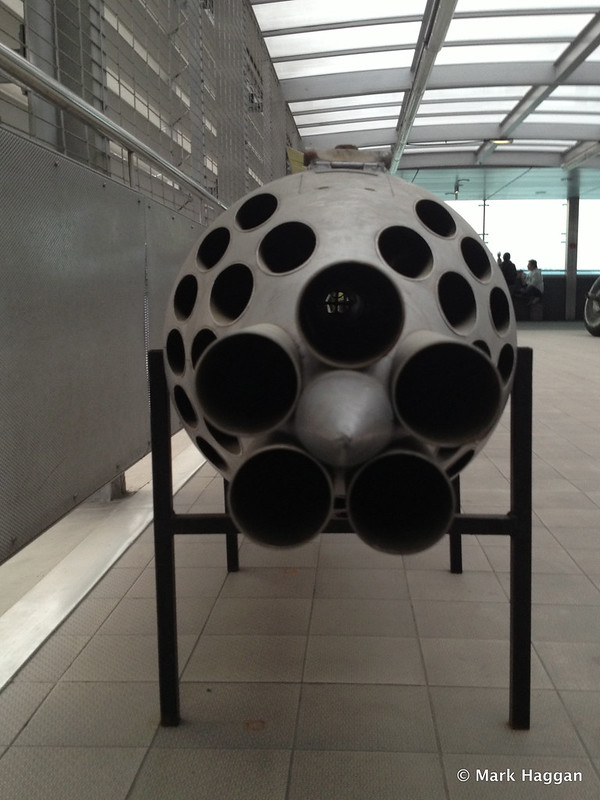 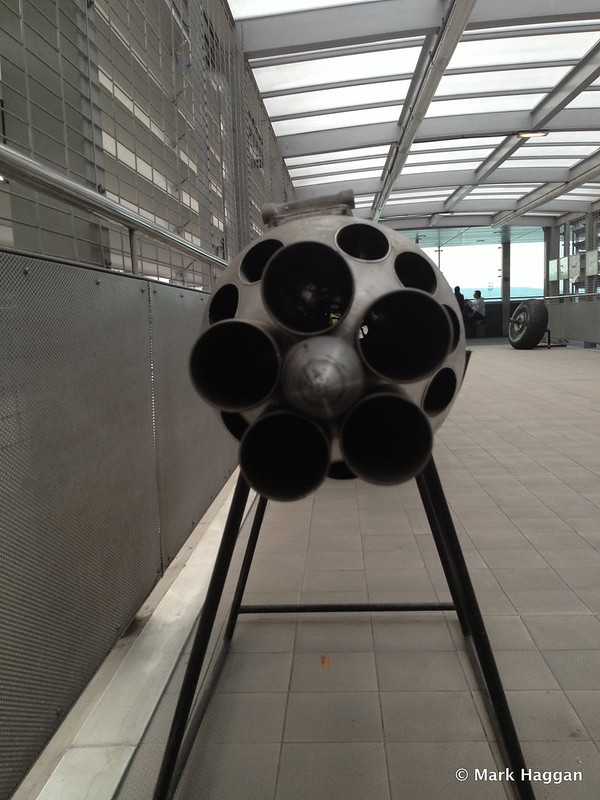 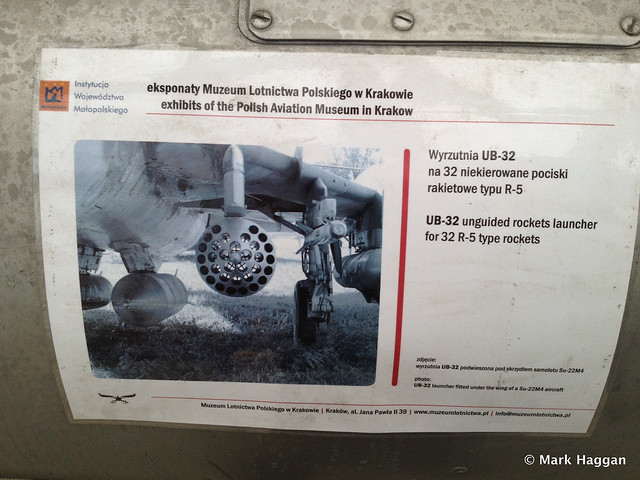 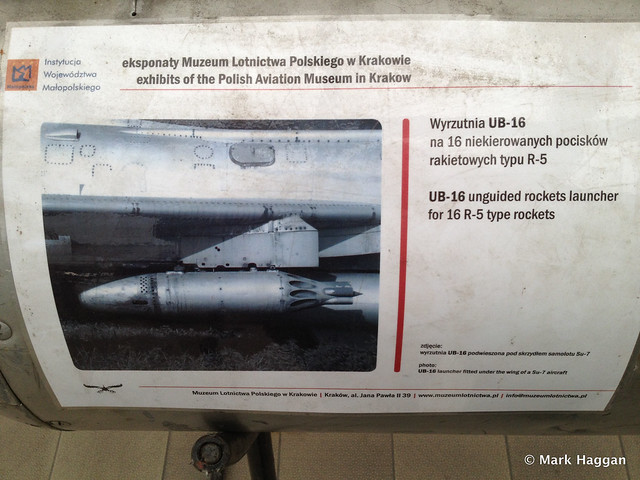 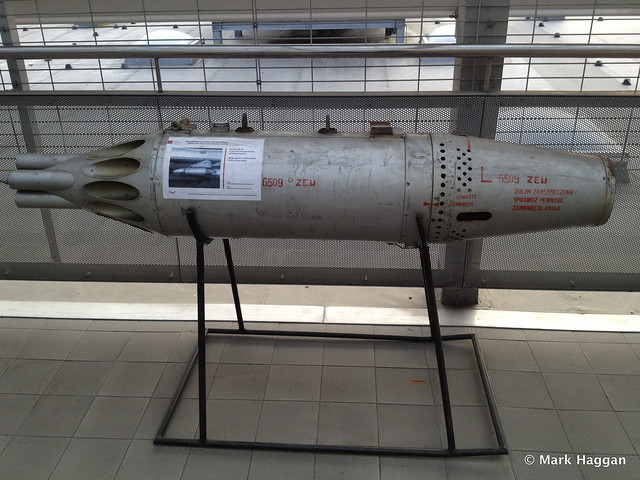 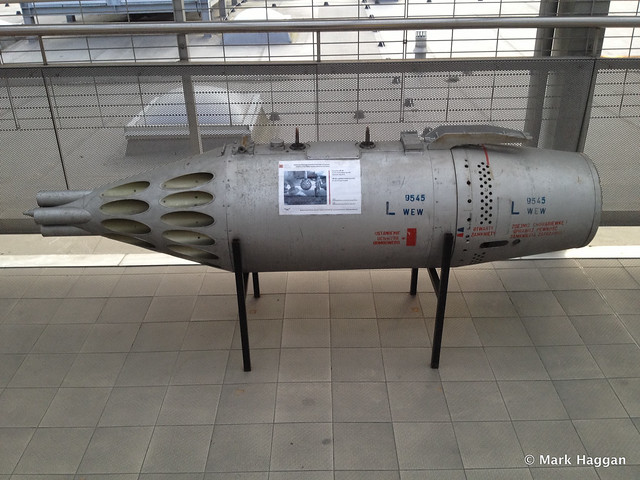 More recently, there have been reports of S-5s used in the current conflict in Syria.
It did feel odd standing beside a remnant of the Cold War, given that for the early part of my life, a trip to Krakow would have seemed very difficult and quite unusual to complete, and it did make me think about what has happened over the years to change that. However, the thought that these are still in use across the world bringing death and destruction was rather chilling, and made me think about the piece of metal in front of me that I was looking at only for its asthetic attraction and engineering ingenuity.  It reminded me of a quote from Mikhail Kalashnikov, the tractor maker who moved into small arms and brought the AK-47, the AK-M and the AK-74 to the world.  He said, “I’m proud of my invention, but I’m sad that it is used by terrorists… I would prefer to have invented a machine that people could use and that would help farmers with their work, for example a lawn mower”.