I have written recently about travelling in Laos, including some time in Luang Prabang and visits to places nearby like the Pak Ou caves. We also travelled to the Kuang Si waterfalls, which are around twenty miles from Luang Prabang.  We headed off to find the waterfalls, and found that we were sharing the road with not just cars, buses, trucks and motorbikes, but various working animals like this elephant. 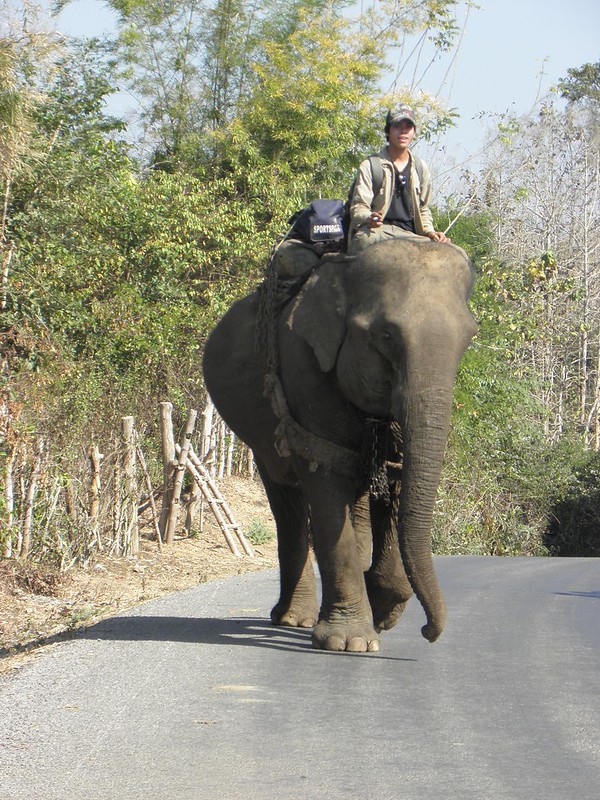 There were also plenty of working animals visible from the side of the road. 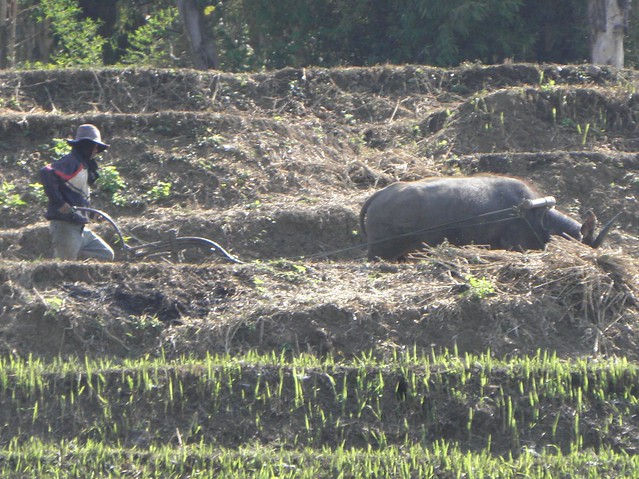 When we got to Kuang Si, before we reached the waterfalls, we encountered the Tat Kuang Si Bear Rescue Centre. The centre started in 2003 when the local authorities confiscated three bear cubs and asked for assistance to look after them.  The centre has looked after these bears and others that have been confiscated by the authorities, mainly Asiatic Black Bears, or Moon Bears.  These lovely creatures were spending plenty of time relaxing whilst we were there. 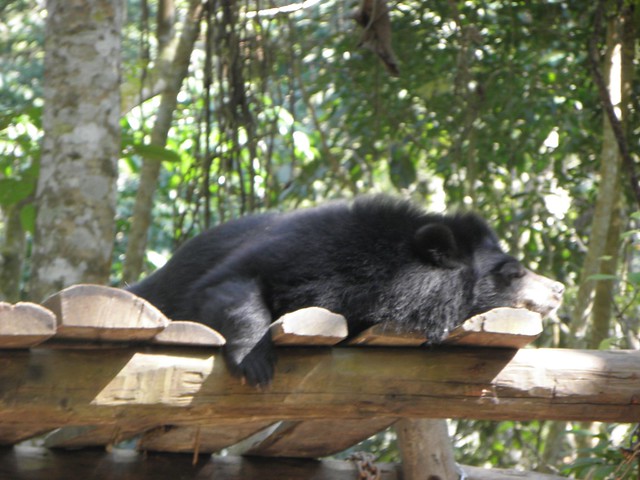 The waterfalls themselves with a couple of minutes’ walk away, and were breath-taking. They looked like a very impressive hotel pool complex, and it was stunning to think that this was a natural occurring site. 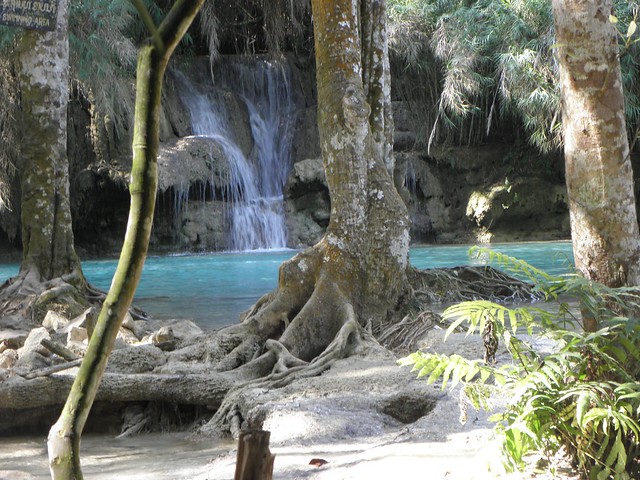 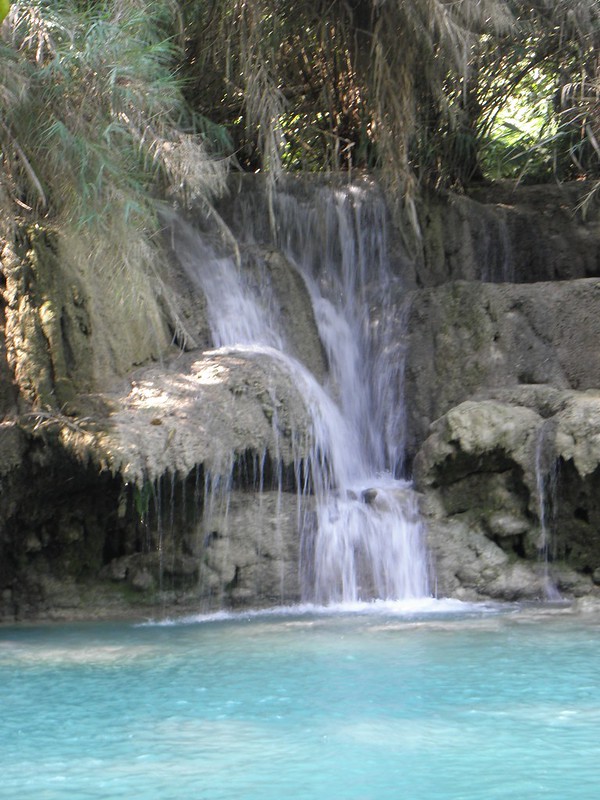 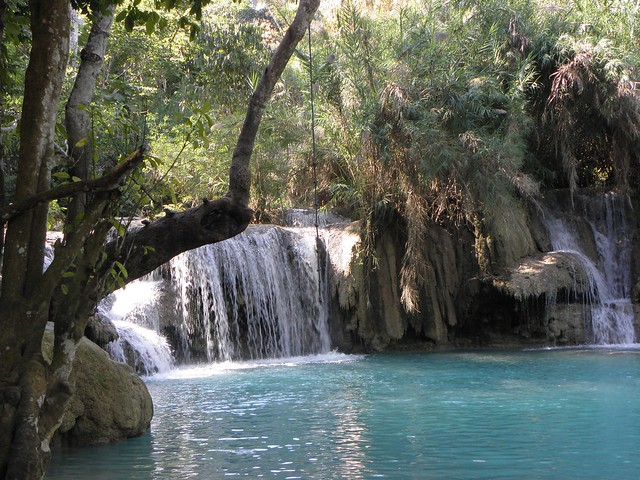 As you can tell from the photos, the waterfalls were not busy, and the warm water made a nice swimming pool.  The waterfalls are on three levels, and contain wide pools of water, and one of the waterfalls being much larger than the others. 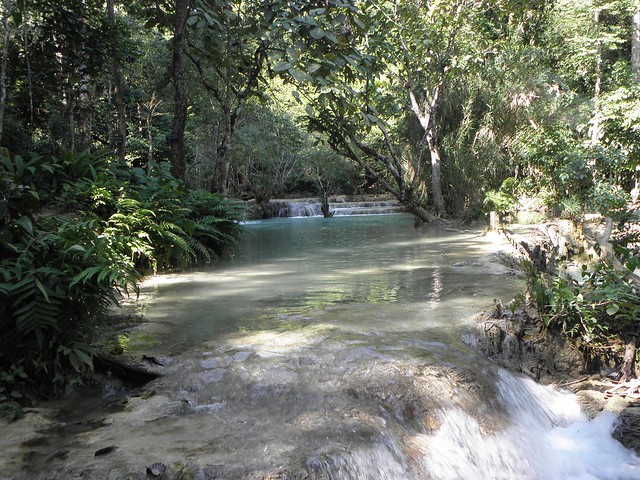 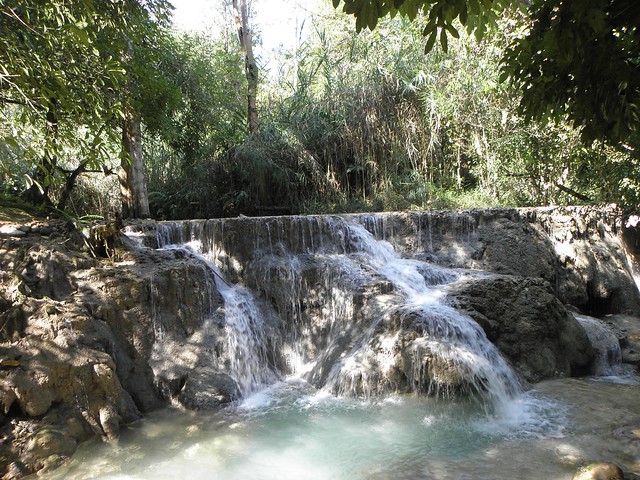 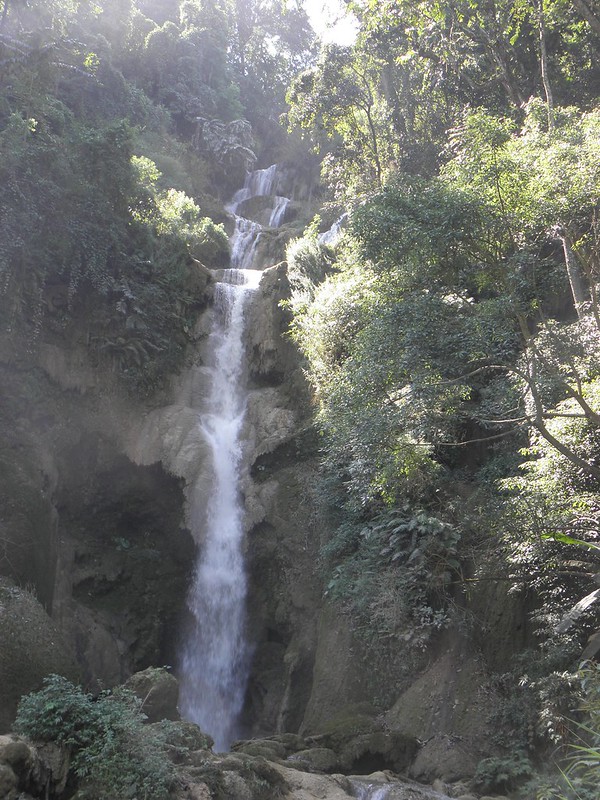 It was hard to drag ourselves away from the waterfalls and pools, but eventually we did, and said goodbye to the bears as we left.  On the way back into Luang Prabang, we stopped near a village and walked into it.  There was something going on at the edge of the village, which turned out to be a body being burned on a funeral pyre.  It was a rather odd experience to walk by.

We continued into the village, and found that it was almost entirely populated with women and children, with the men off at the funeral.  The key industry was textile manufacturing, and it was interesting to see professional goods being made on what looked like ancient looms with the local children playing around. 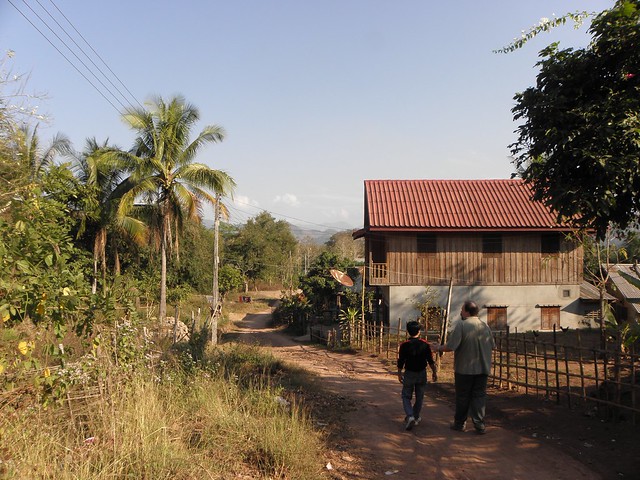 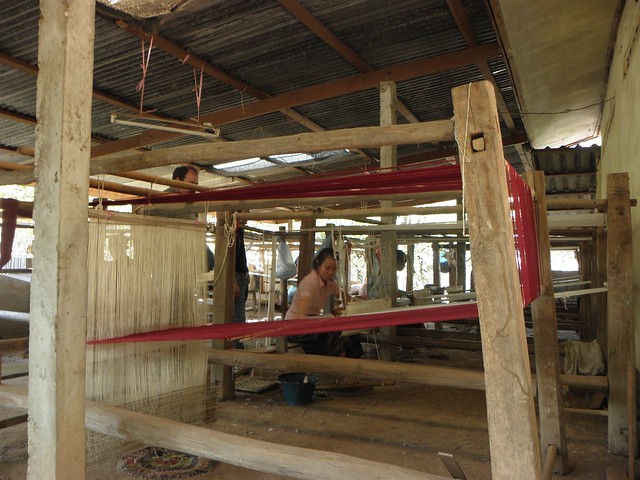 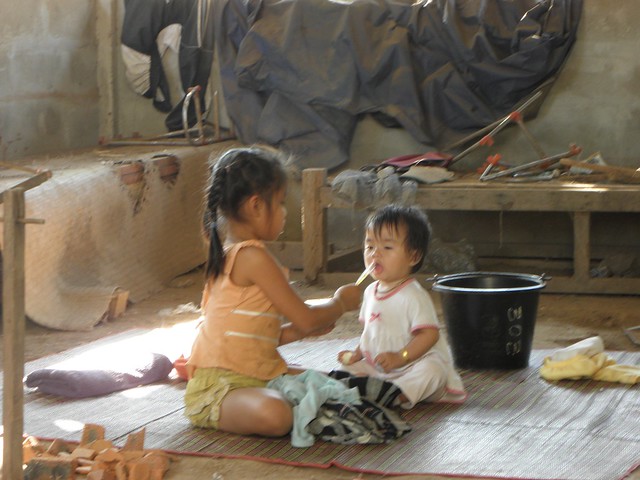 The various towels and related items for the local hotels, and for hotels and other users much further afield, were being made on these looms.

We headed back to Luang Prabang to continue investigating there.