I have mentioned two of the more dramatic displays at the 2013 Heart of the Forest Festival in Measham, Leicestershire, and thought I should recap on some of the other events that were going on. The village is in the middle of the National Forest, hence the name, and the annual festival in the village features a parade through the centre followed by a day of events in the local playing fields. The Moto-Stunts International Display Team and the Lincoln County Regulators were two of the top acts this year, as well as, among other things, fairground rides, food stalls, a London double decker bus, music, dance, dog display groups, and even a dalek. 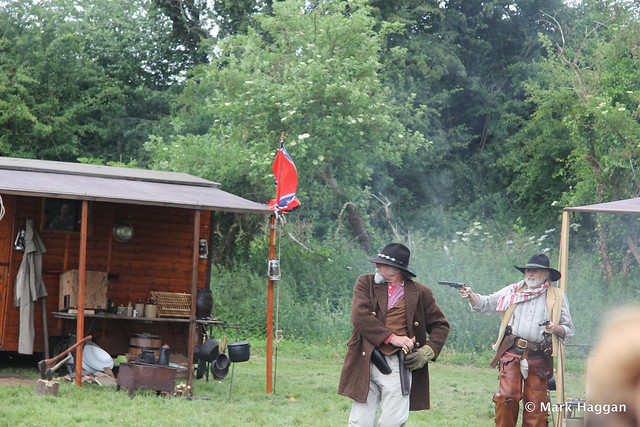 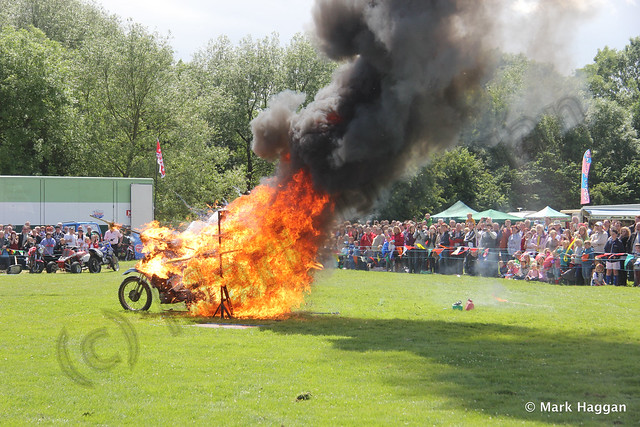 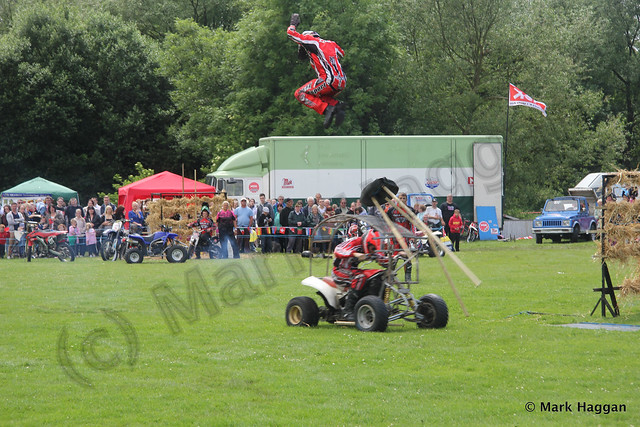 I was – of course – interested in the collections of classic vehicles that were on display, including a series of historic MGs and some classic tractors. 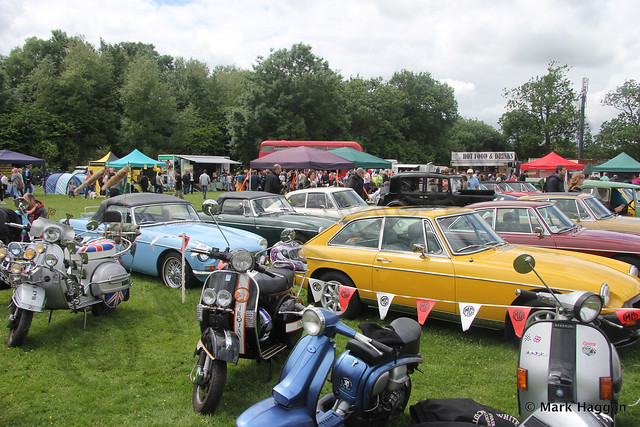 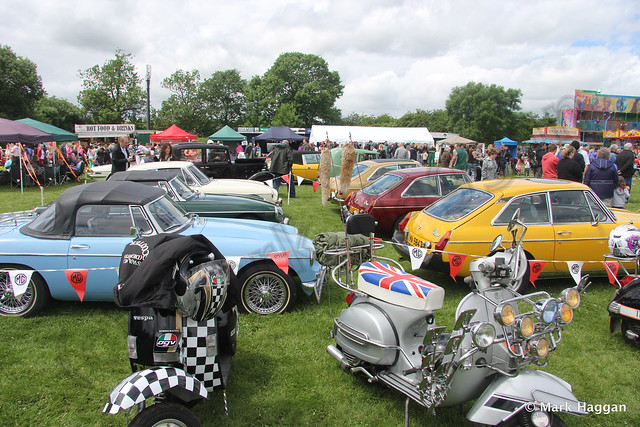 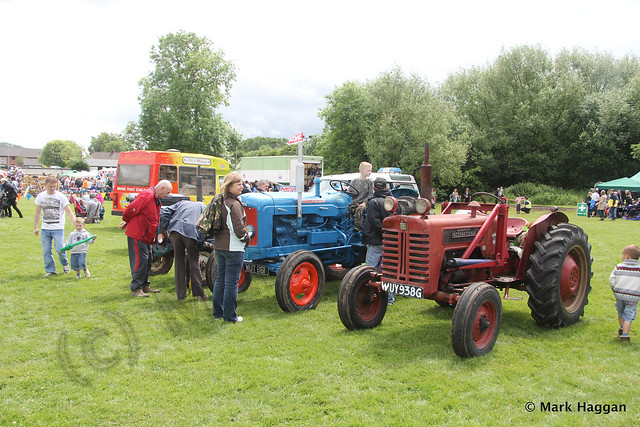 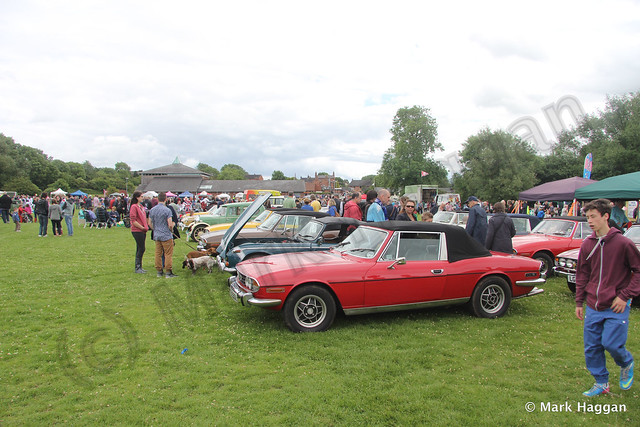 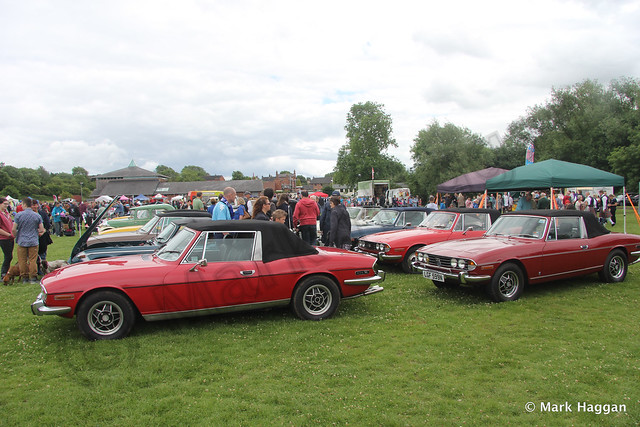 There was also a rather entertaining tightrope walking act, which saw a man dressed as a superhero move back and forward across the rope, first on foot, and later stopping to add a stool, to cycle across, and even to do it both blindfolded, and a separate time, whilst his head was covered with a bucket. 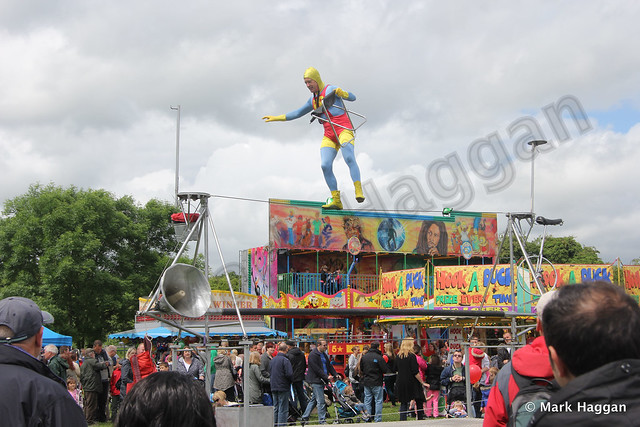 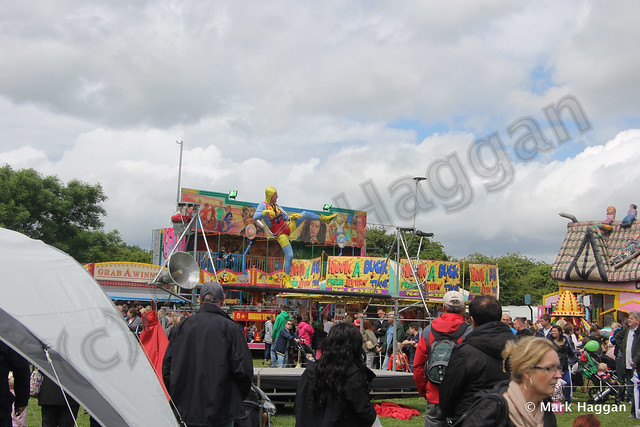 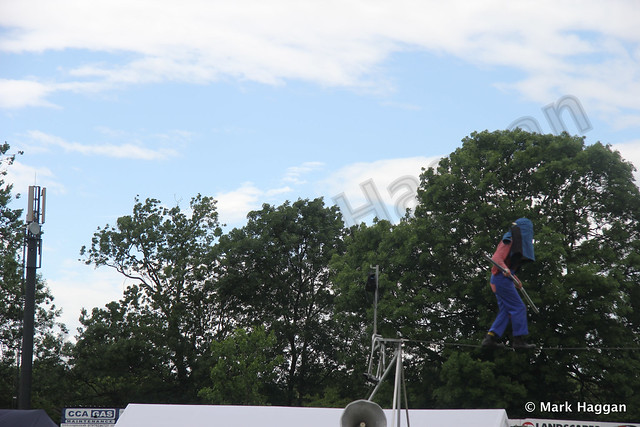 There were also plenty of military vehicles on display, including one with caterpillar tracks that was shuttling children around the edge of the venue, much to the delight of many of those riding on it. 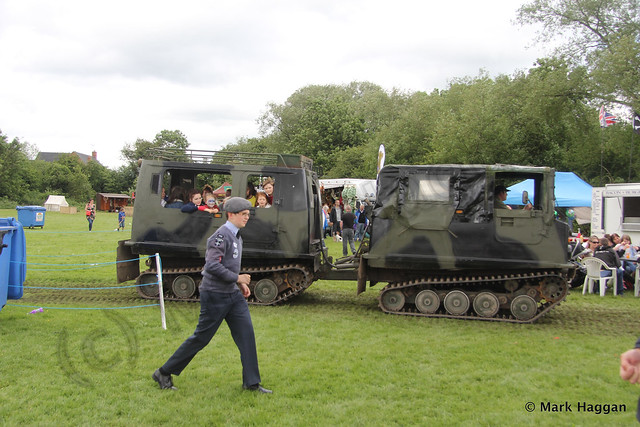 The arena in the middle of the playing field was host to a series of shows, including the Moto-Stunts International Display Team, but also an impressive dog display team, and a series of marching bands. 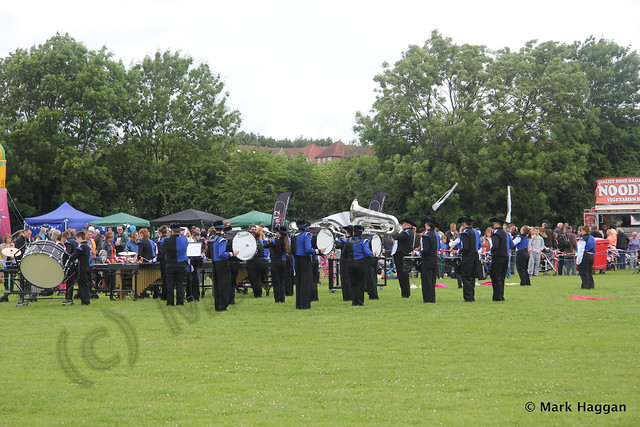 The arena was surrounded with stalls promoting and selling all sorts of things, from the local leisure centre, through information on the restoration of the Ashby canal, to a chap dressed as spiderman selling cupcakes.

As always, The Heart of the Forest Festival was a great day out, and a very impressive series of events for a village the size of Measham. If you are in the area next year, do pop along.