Last weekend saw the Return of the Garrison event at the National Space Centre in Leicester, where the UK Garrison are on show for visitors to see and meet. The UK Garrison are a group of volunteers who appear as characters from the Star Wars films, in fantastically movie accurate costumes. I had asked my son Xander what he wanted to do on Saturday morning, and rather than the usual “animals, daddy”, or “motorbikes, daddy”, he said “see Darth Vader, daddy”. So, we headed off to Leicester – it’s not far away from us – and in a piece of impeccable timing, Darth Vader was standing outside with a group of stormtroopers, alongside Princess Leia. We learnt quickly that perhaps Xander did not really want to see Darth Vader… 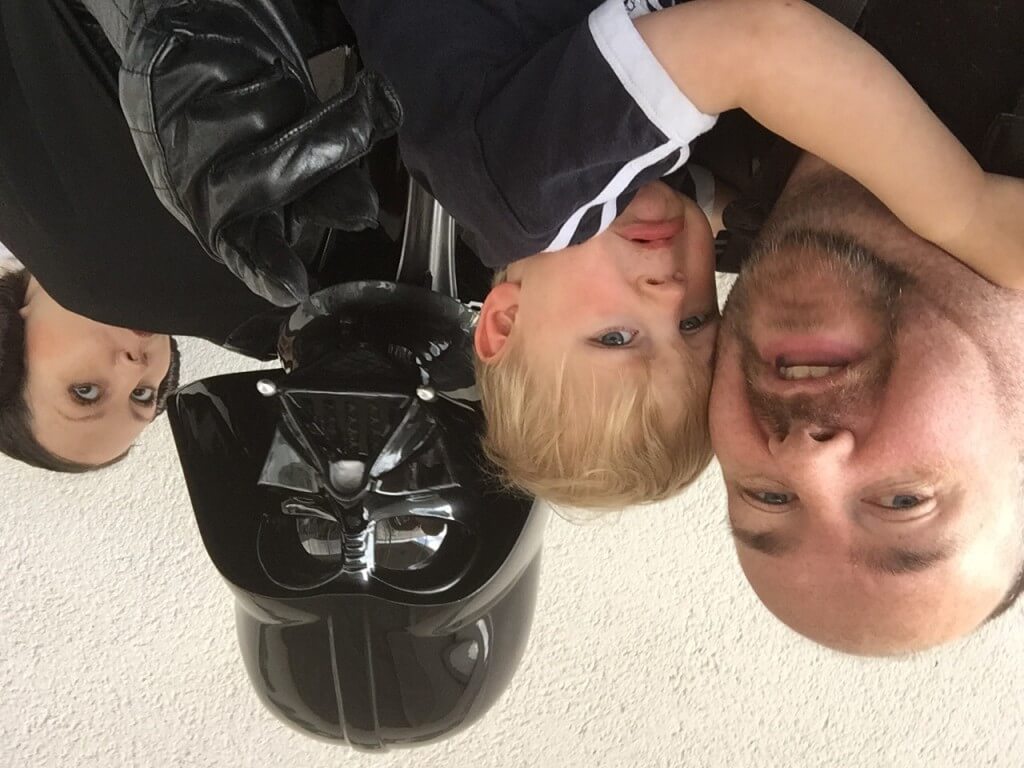 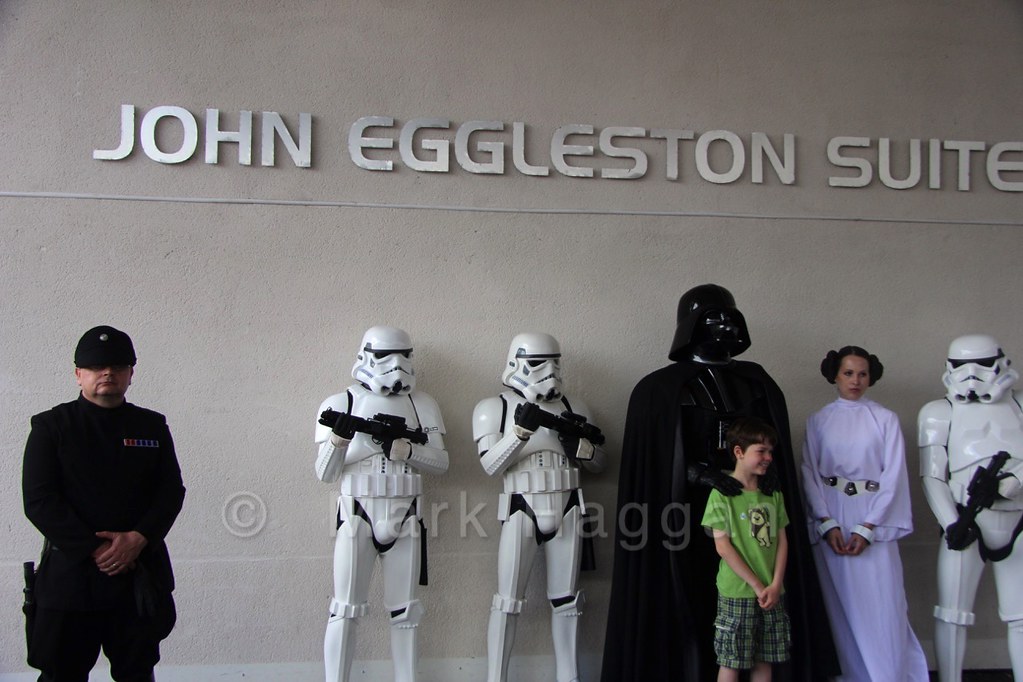 Another normal day in Leicester.

If he meant that he wanted to see David Prowse, the man in the Darth Vader costume in the films, then we were able to achieve that, as he was there signing autographs alongside Warwick Davies and other actors from the various films. The centre was filled with various activities related to the film series, with models, props, and other exhibits. 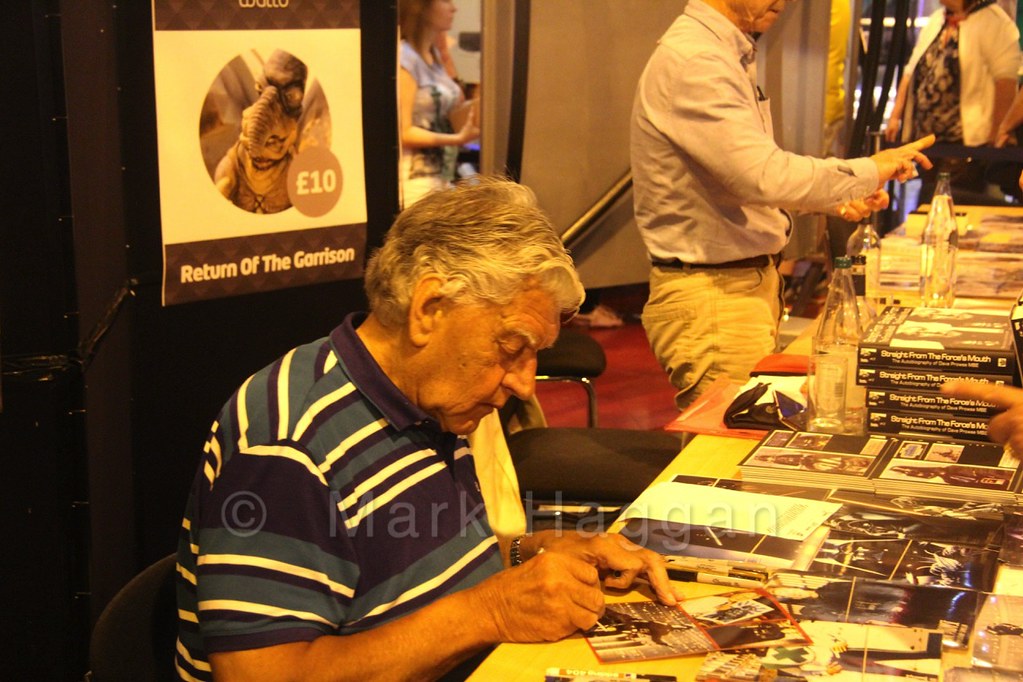 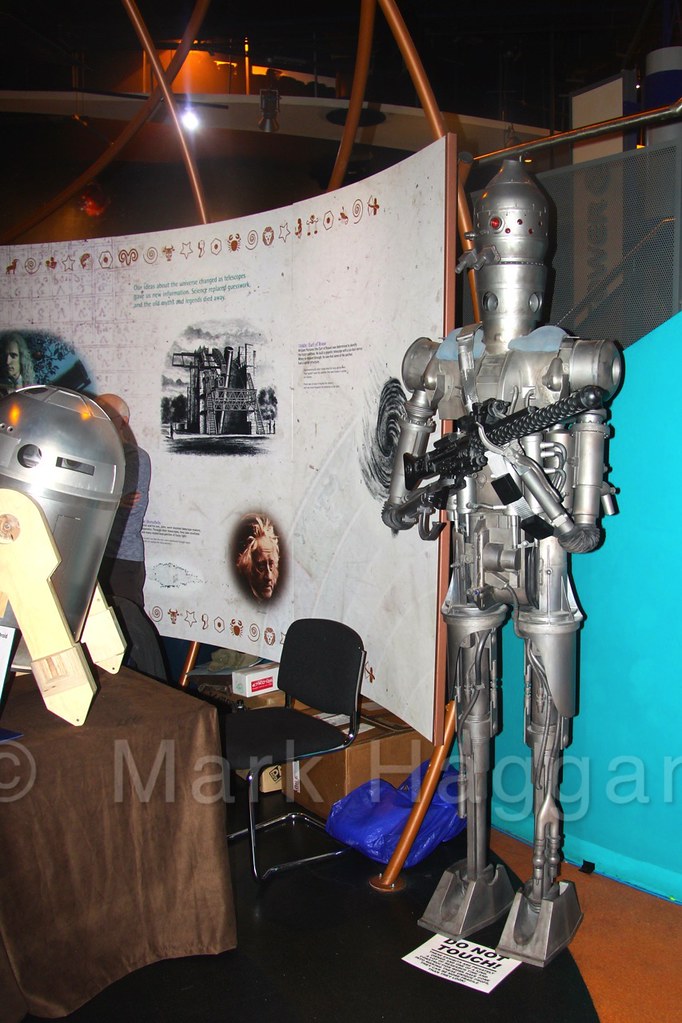 I was amazed at just how many characters there were walking around the centre, and how impressively accurate their costumes were. 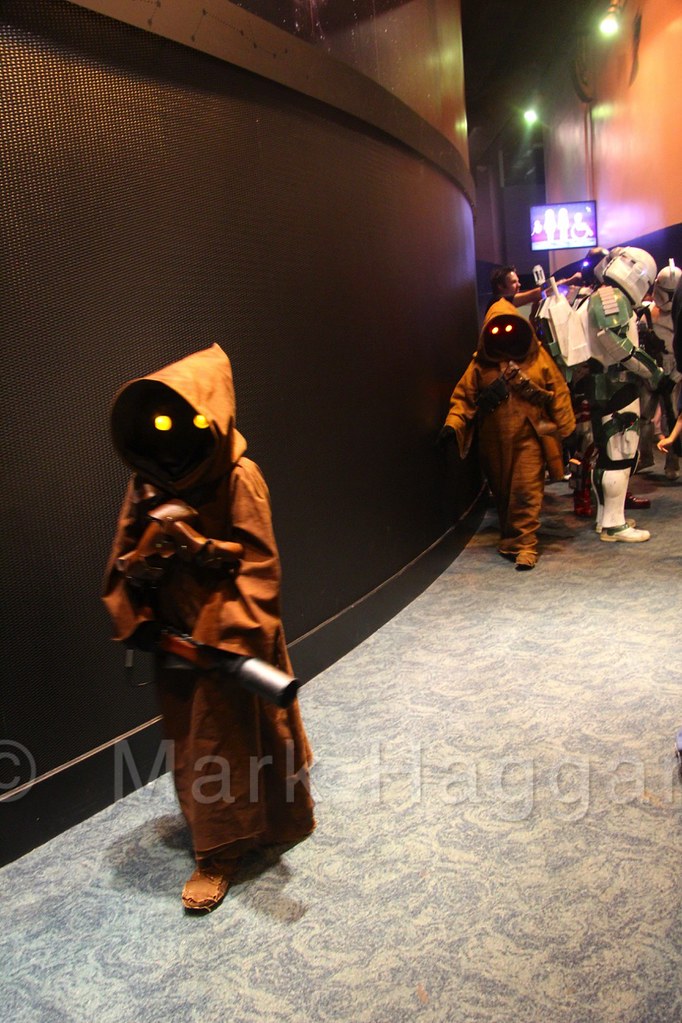 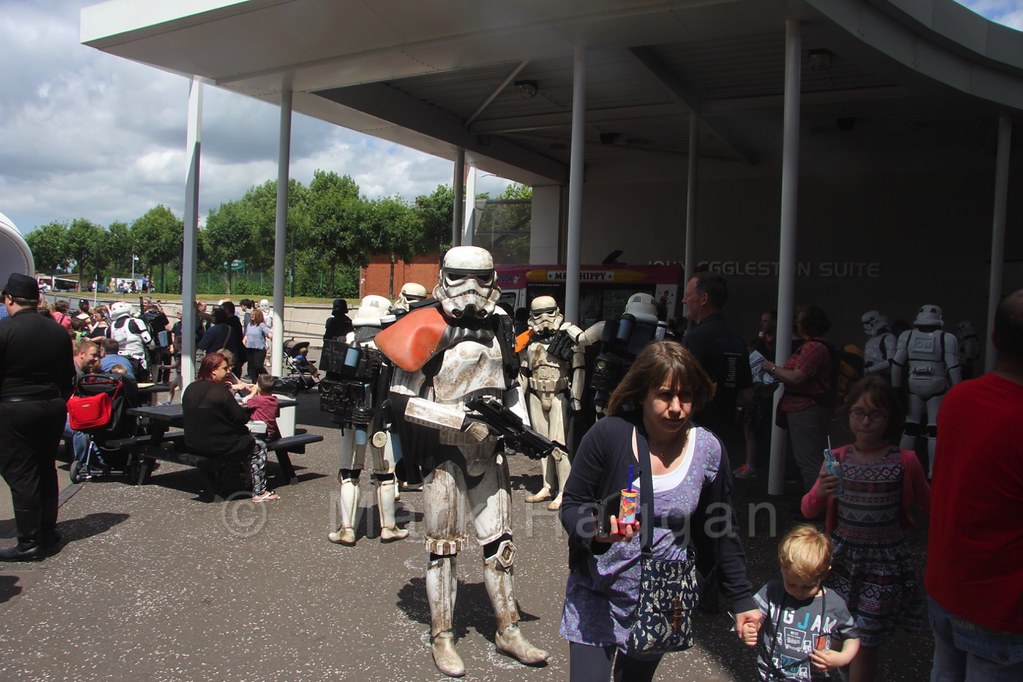 Boba Fett. Just had his lunch. 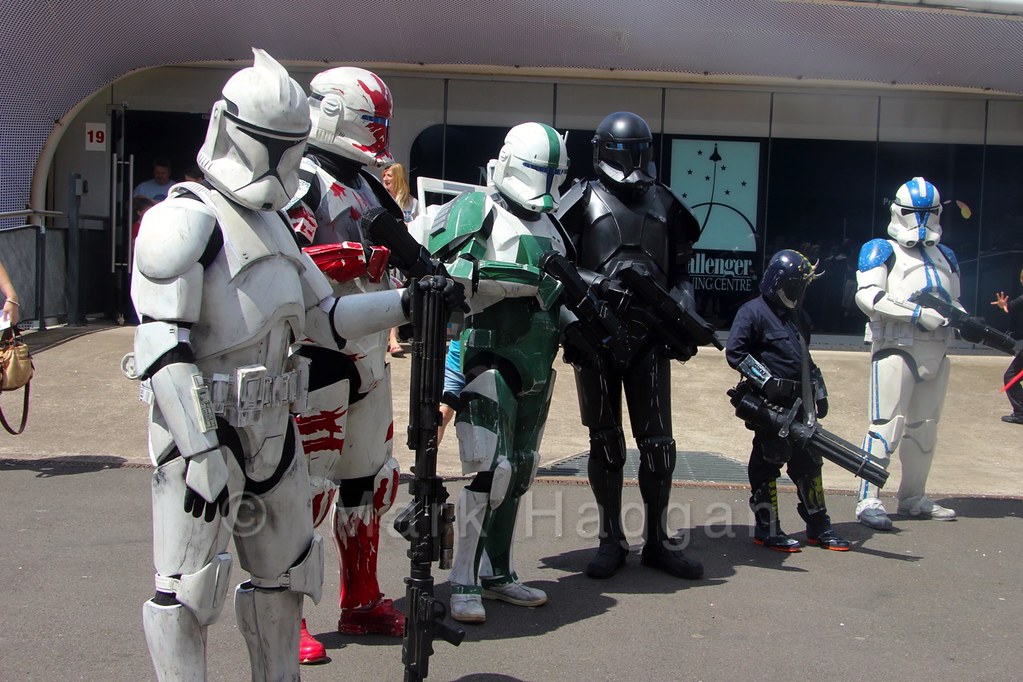 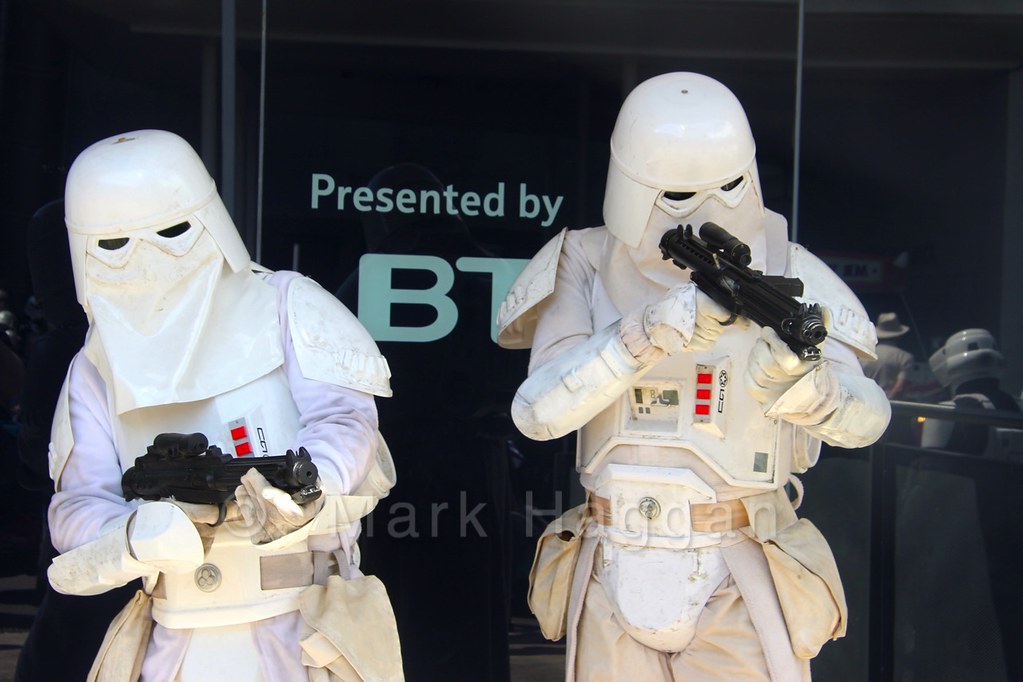 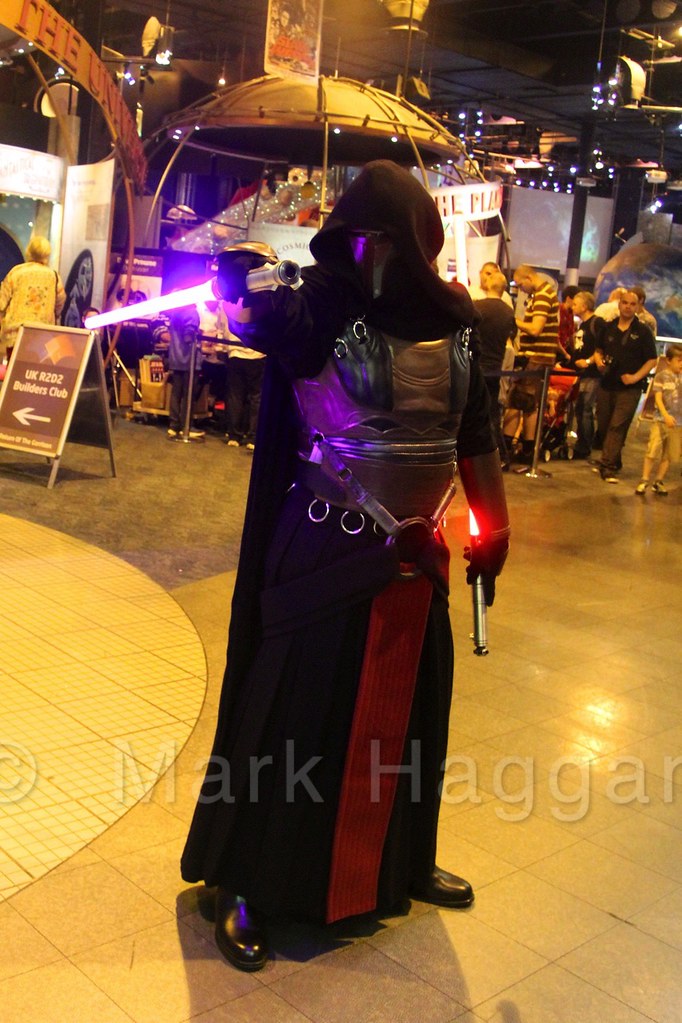 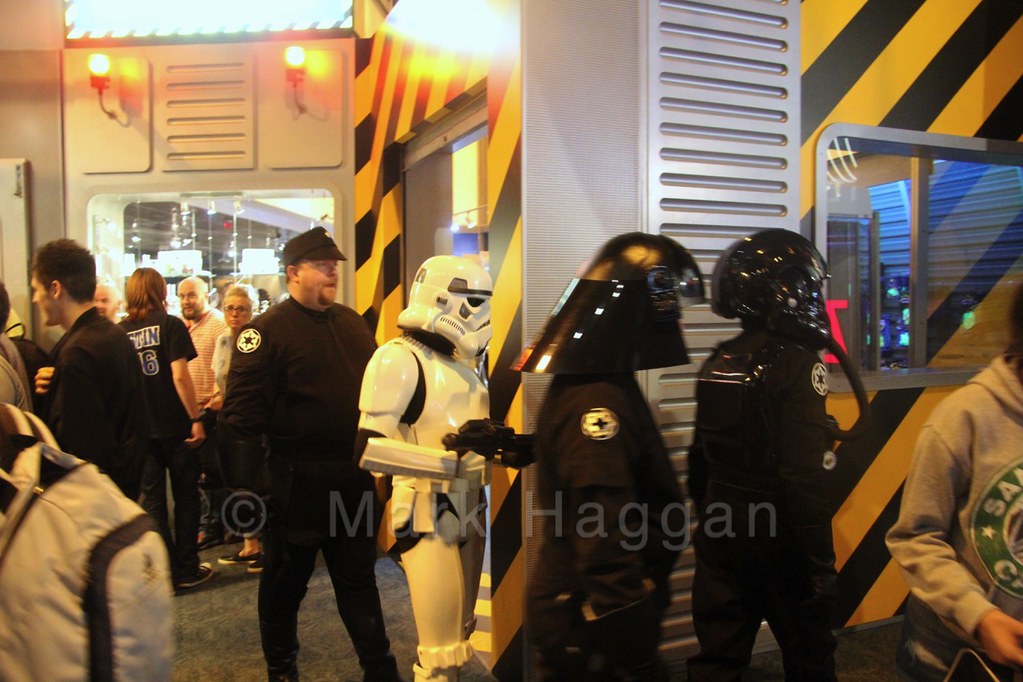 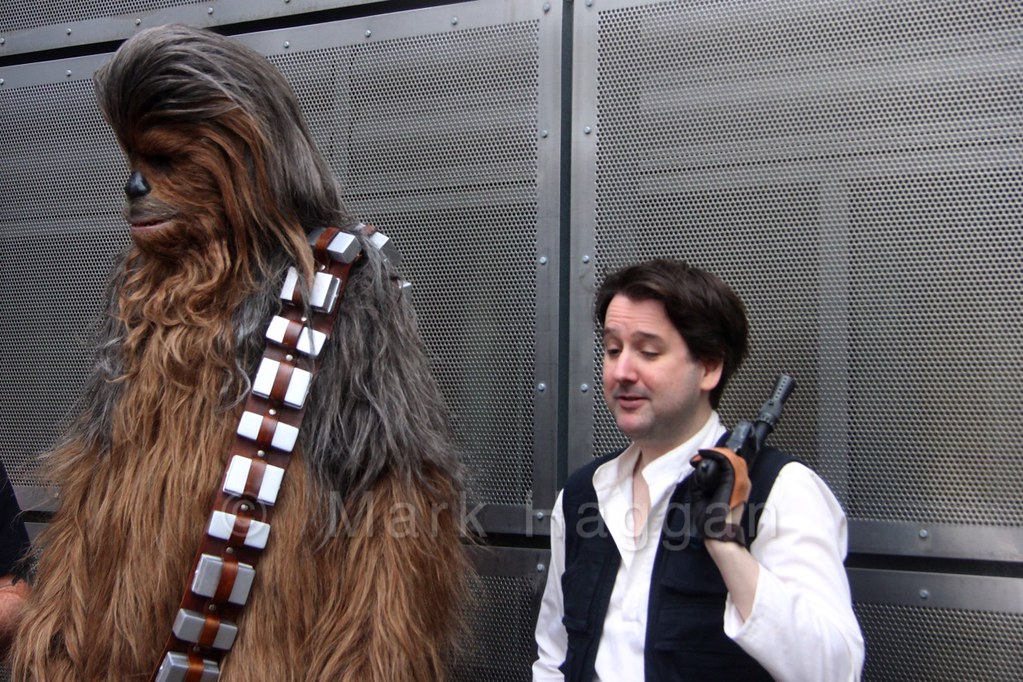 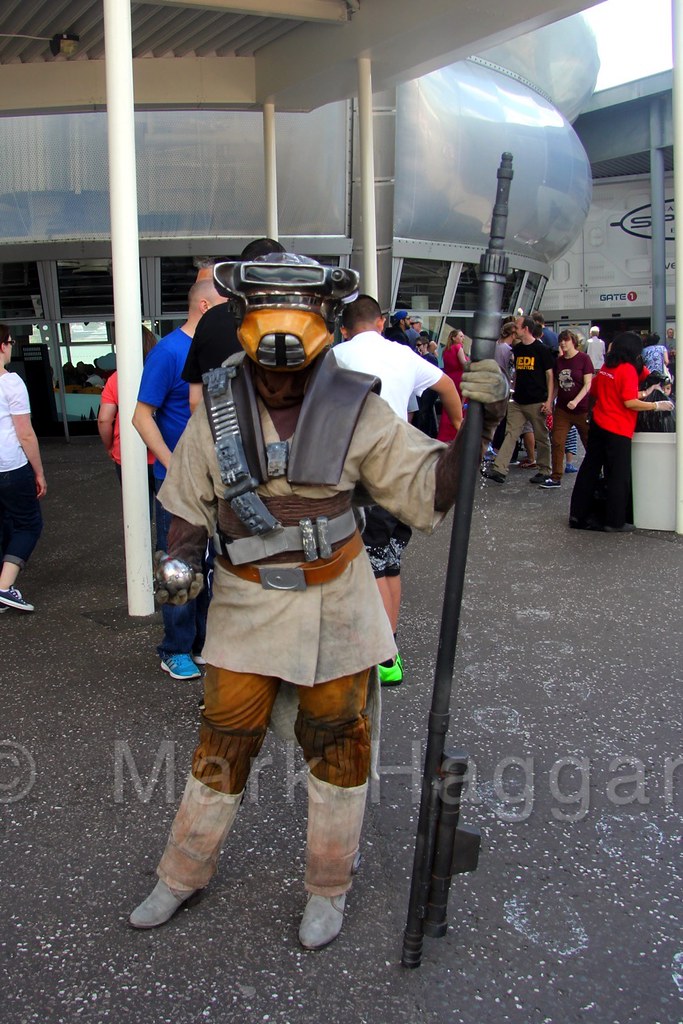 Xander was particularly pleased to see one of his favourite, and slightly more obscure characters from the series, the Gamorrean Guard, or as Xander calls him, “pig”. 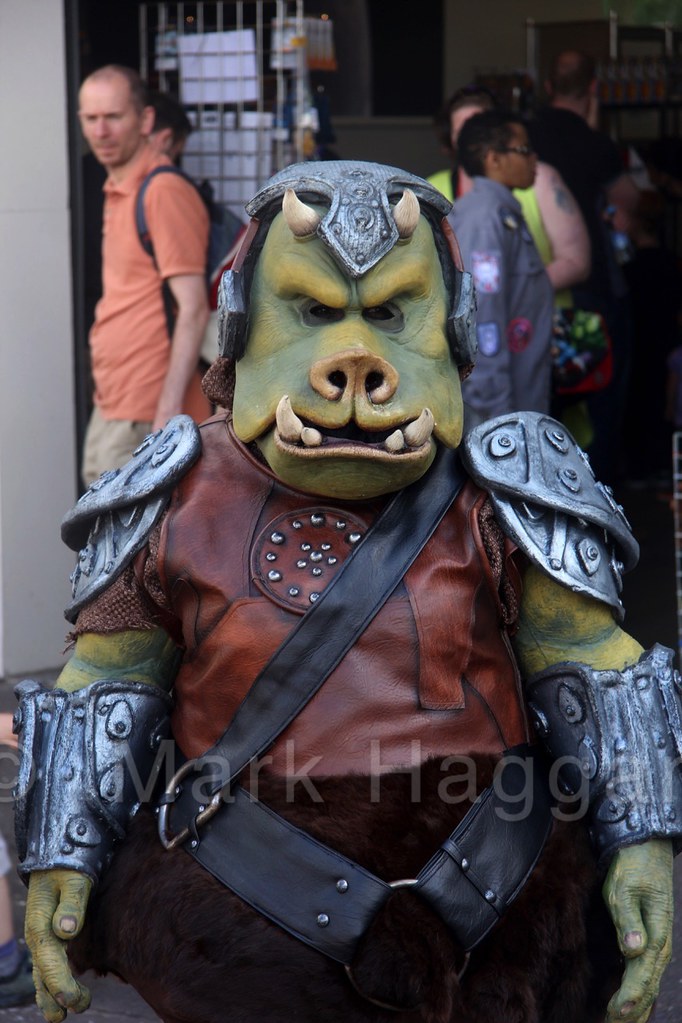 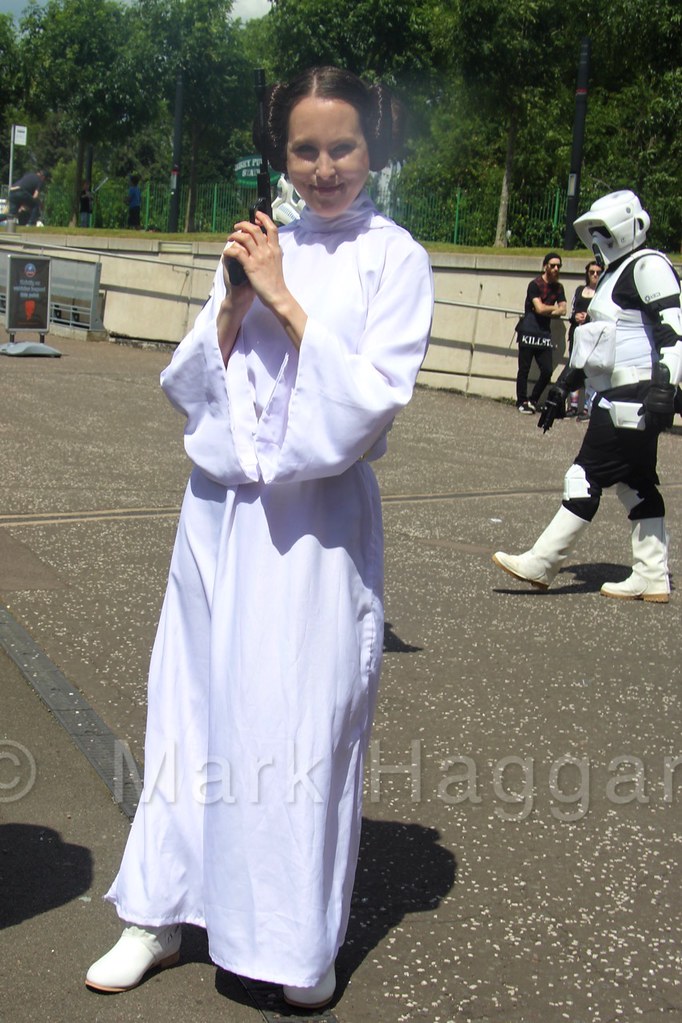 Slightly unusual queue for the toilet.

Of course, as well as the Star Wars related activities, there was plenty to see and do in the Space Centre, with exhibits on various aspects of space and space travel, including plenty of hands on activities, like trying to fly a spaceship. 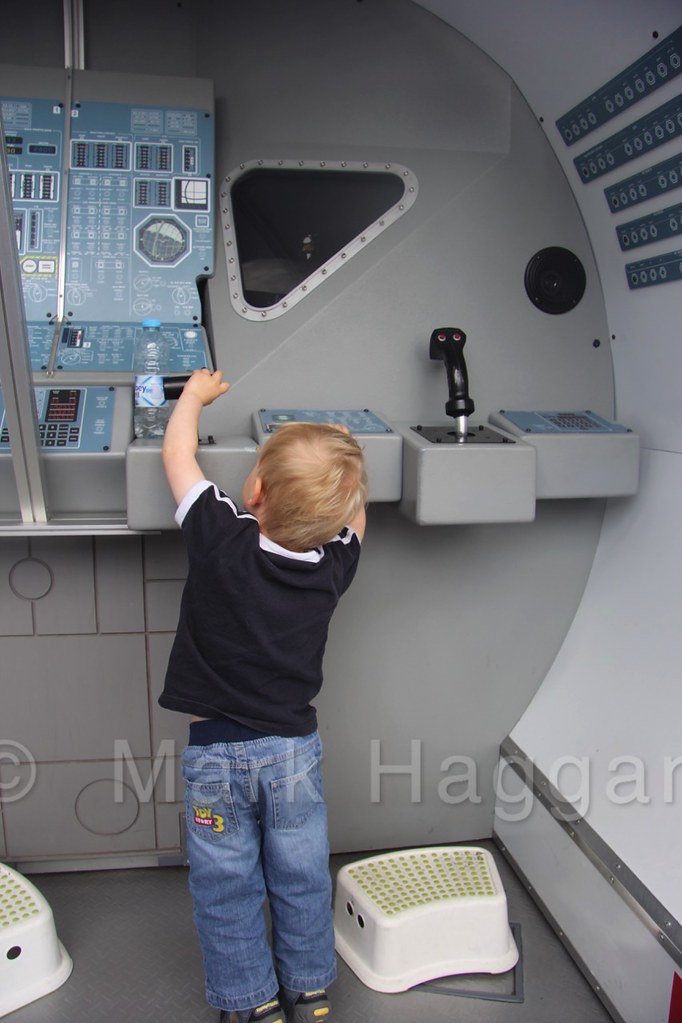 Trips to the Space Centre are always fun and educational, and this weekend was even more so, with the UK Garrison there. I was impressed not just at the incredible costumes, but by how well the team did to stay in character all the time. Even faced with a two year old who was far from sure what to make of the pantheon of creatures that he saw before him, every character that we met knew exactly how to react, and did everything they could to make sure he, like everyone else, was enjoying himself. A really fantastic day. If you have a look at the UK Garrison Website, you can see where else they are appearing, it’s definitely worth a trip to go to see them.