One of the wonderful things about travelling is the opportunity to see some incredible sights around the world. As well as the incredible sights, there are some particularly special places that are even more of an experience than you could have expected.

Some are sights that are so familiar from the world’s media that there is a surreal quality about seeing them for the first time, like standing in the Louvre looking at the Mona Lisa, or seeing the Palace of Westminster for the first time, or arriving at the Pyramids and seeing the Sphinx. Others are breathtaking because of just how beautiful they are, like the first time I walked through the siq on the way in to Petra – my first trip was at night, in silence, with the area lit only by a series of tiny tea lights – or watching the sun rise over Angkor Wat. Others are particularly special occasions simply because of the years of waiting to be there, like the first time I stood and looked at Crac de Chevalliers in Syria, and recalled all the stories of my childhood. I remember having a vivid memory of being in a toy shop looking at toy soldiers and knights, thinking about Crac. 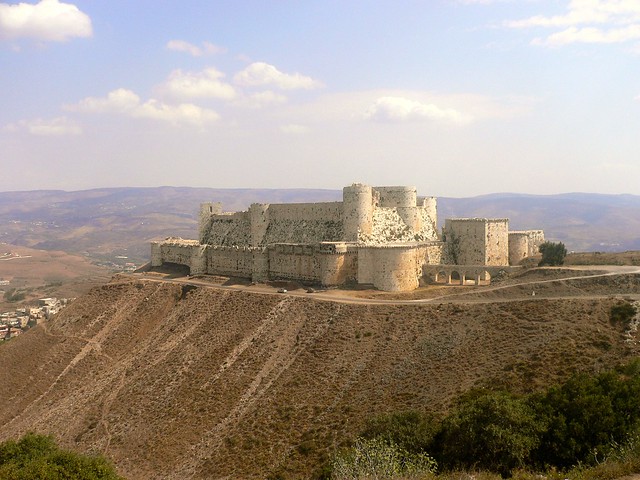 As well as reading about the Middle East, I have, since an early age, enjoyed reading about Russia, and in those days, the Soviet Union, and my first time in Red Square was a memorable experience. I recall having read about Russia and Moscow as a child, and have a clear memory of being in a local library with two friends when I was about eleven, reading about Russian history. My friends at the time thought that this was not just unusual, but even a little wrong. In their minds, the Soviet Union was the enemy in the Cold War, as this was the mid 1980s – at the time, we have public information films about what to do in the event of a nuclear war – and there was something odd about wanting to read about it. Thankfully, the Cold War ended without an actual war, and relationships between Russia and the UK have improved remarkably since.

After years of travelling, I had still never been to Moscow. I don’t know why; I guess part of it was the obvious problems with communication and language, and some was the complexity of visas and the likes. When I was at university, I had the opportunity to spend the summer on a work placement. I had never left the British Isles at the time, and I asked to be placed to the “Central & Eastern Europe” region, hoping that I would be matched to Russia. I was disappointed when I was matched to Chemnitz in Eastern Germany – it actually turned out to be quite possibly the best summer of my life – as it was not Russia. So, when I had a business meeting there, I was looking forward to it.

I had been as far as Domodedovo airport in transit before, but this was the first time arriving and staying. We landed on a domestic flight on Air Tartarstan – an experience so interesting that it probably deserves it’s own post – and headed into the city. The four of us were staying in a casino hotel. This was just a few weeks before casinos were banned in Moscow, but it seemed to be all the rage at the time. I was just back from a trip to Las Vegas, and in some respects, the Moscow casino was quite similar. There was even a ship inside the building that served as a restaurant. Russia has a reputation – remaining from the Soviet days – of including a series of processes that may appear bureaucratic to the outside world. In this casino, the default currency of the gambling tables was US dollars. I’m not much of a gambler, but I thought that I should join in whilst there. I was low on roubles, so decided to change $20 straight to chips. I took my $20 bill to the change window, and – with no English – I eventually understood that I would need to take my dollars to a window, and have it converted to roubles. Then, I should take these roubles to another window, who would convert them back to dollars, and change them to chips. This seemed an opportunity for me to pay at least two sets of commission – dollars to roubles, then roubles back to dollars – but, as I was pretty sure that I was going to lose whatever I converted to chips anyway, and wasn’t too fussed about the whole gambling experience, I went with it. I handed over my dollars, and got a small pile of roubles. I moved to the next window, and handed the roubles over, and got a series of chips. When I counted them, I had $20 in chips. It seemed an unnecessarily complex transaction. All in all, it was quite an eventful night.

The next day, we went on a tour of Moscow. We were there to meet a supplier, and they were kind enough to show us around the city. We saw a series of interesting sites, and were eventually taken to Red Square. Red Square is simply amazing. For me, it brought back memories of watching television coverage of the old May Day military parades, watching successive Soviet leaders taking the salute of the army of a superpower. Standing looking at the Kremlin to my left and the iconic St Basil’s cathedral in front of me sent a shiver down my spine. I could not believe I was actually there. And before you ask, yes, St Basil’s is every bit as spectacular – possibly more so – when you are actually there, as when you see it on TV. 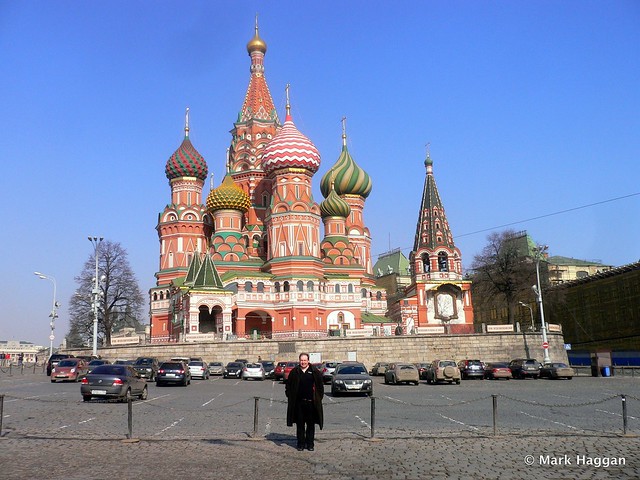 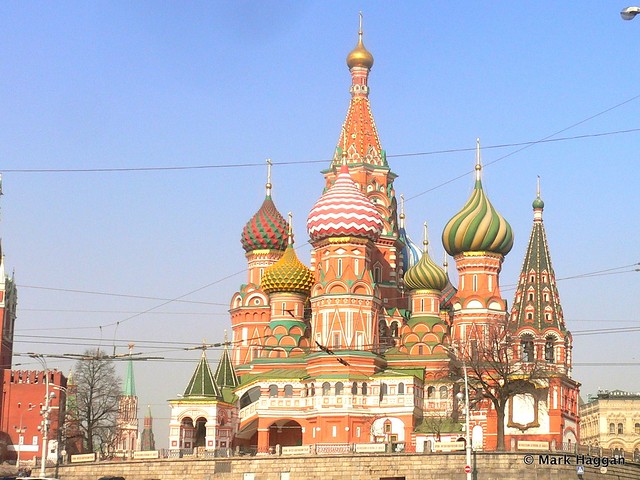 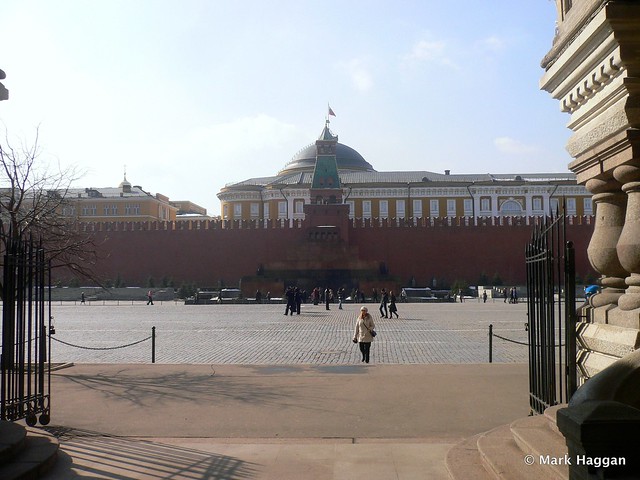 Walking through, with the Kremlin Wall on one side, and the GUM building on the other, in Red Square itself, felt like walking of hallowed ground. I almost felt like I should be asking permission to be there, and was expecting to see a series of soldiers and military vehicles moving through, even though it had been many, many years since the Soviet Union. Looking at the State Historical Museum in front of me, and then the Lenin Mausoleum to my left, I was overwhelmed at actually being there. Just simply amazing. I walked through, and encountered a Stalin impersonator, who would accept a small fee to have your picture taken with him. This was a reminder of days gone by that was part of my stereotypical picture of Moscow. 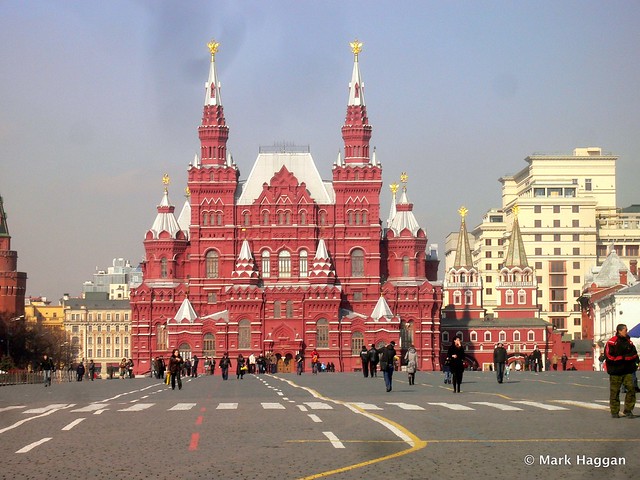 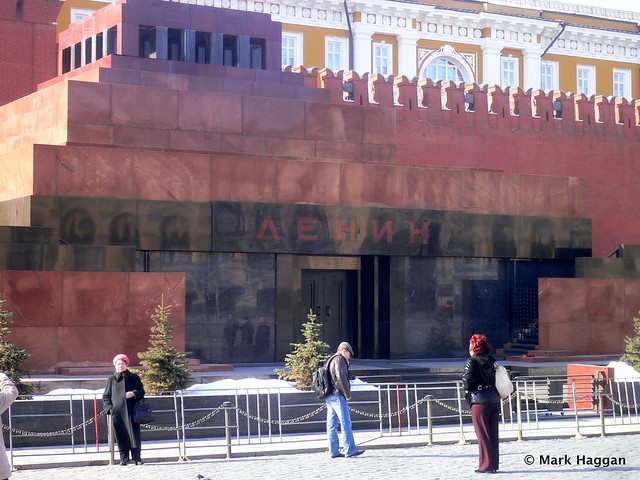 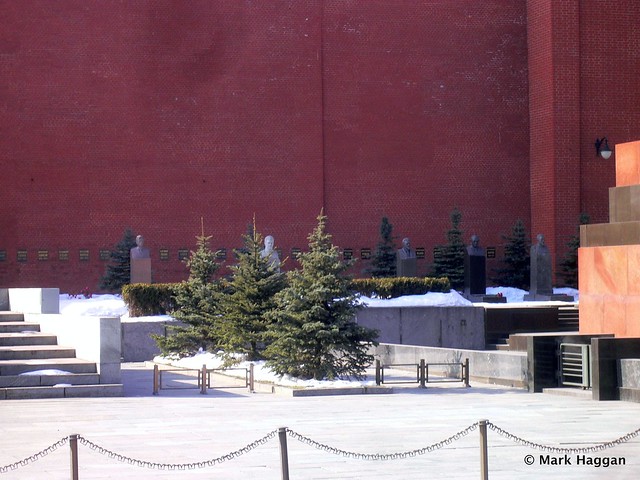 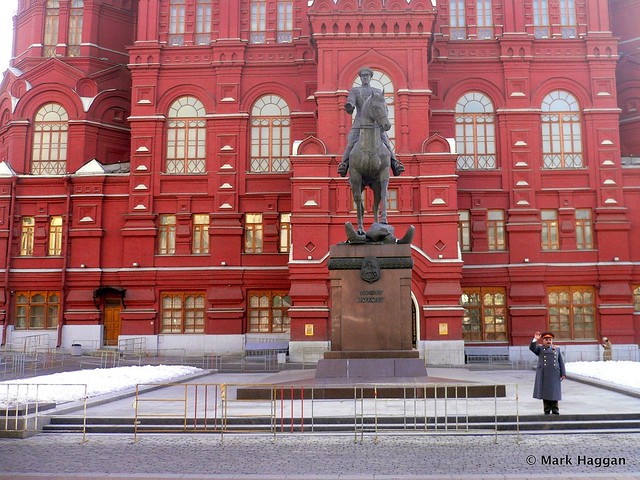 There were other amazing sites in Moscow – the Kremlin itself, the quite incredible Cathedral, and the awe inspiring State University, of a scale that is hard to describe – but Red Square was particularly special to me. Standing there was part of my childhood coming back to meet me in the present day. It was augmented by all the friendly and helpful people that we met there, and some of the sights that we were not expecting there. 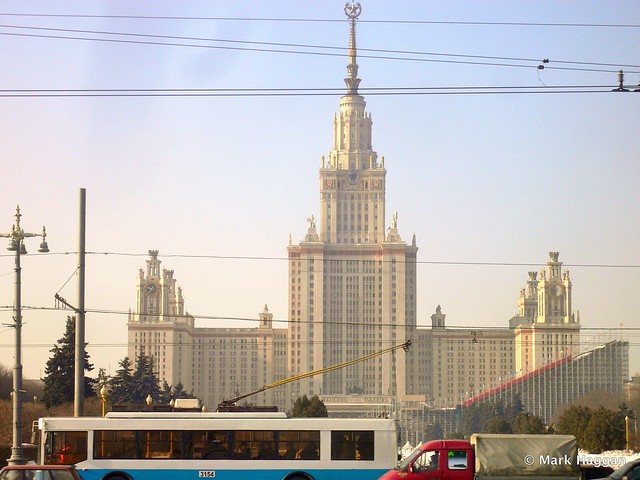 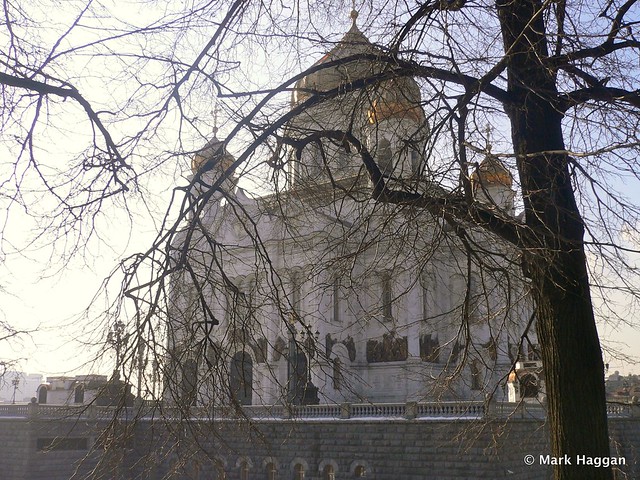 Moscow also really made me think about how much the world had changed in my lifetime. Only a couple of decades before, it would have been particularly difficult for me to be standing there, and I would have been in a country – that no longer exists –that enjoyed less than positive relationships with the UK and Western Europe. The two sides had collections of nuclear warheads pointed at each other, in the knowledge that this represented MAD , Mutually Assured Destruction. Some of the missiles have gone, and the others, and the military powers that pointed them – are focused on other threats now, and the Cold War is a distant memory.

There are few cities in the world that have the beauty and stateliness of Moscow. It is simply stunning, and underrated as a tourist destination. It really is one of those places – certainly if you are my age – that invokes those childhood memories of a world in which we no longer live.